7 Must-Have Gifts for Fans of ‘Doctor Who’

Since making its debut on the BBC over 50 years ago, Doctor Who has become a cult science fiction phenomenon that has inspired devotion from multiple generations of “Whovians.” Now that the latest season of this long-running TV show has wrapped up, we thought this would be the ideal time to search the Internet for some of the best Doctor Who gifts available for fans of the Time Lord. Here is what we discovered. 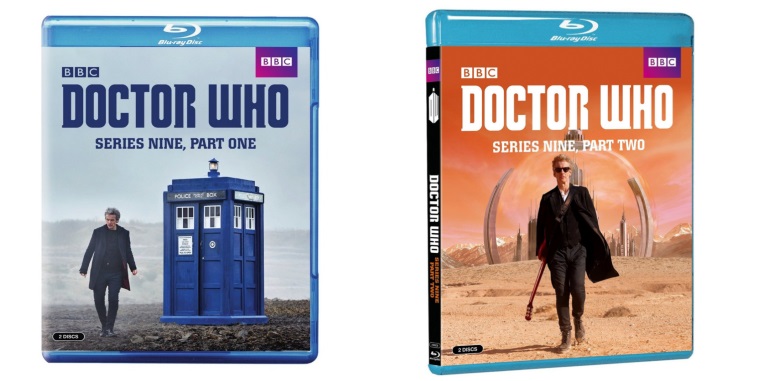 Whether you missed the latest season or just want to re-experience the thrills that series (season) 9 of this epic sci-fi show delivered, now’s the perfect time to get your Blu-ray copies of Doctor Who series 9. Featuring Peter Capaldi as the Twelfth Doctor and Jenna Coleman as his traveling companion Clara Oswald, you can revisit the latest season of Doctor Who with this two disc Blu-ray collection. You can find the Doctor Who: Season 9 Part 1 and Doctor Who: Season 9 Part 2 discs right here.

On the TV show, this futuristic multi-use tool is used by the Doctor to do everything from picking locks to healing wounds. Now a new capability can be added to this legendary device: Entertainment system remote control. Based on the sonic screwdriver used by the eleventh doctor in the series, this gesture-enabled device can store up to 39 remote control codes, so you can operate all your entertainment system components like a time lord. The Sonic Screwdriver programmable TV remote even features a green light-up tip and 13 authentic sound effects from the show. And when you’re not using it to activate the latest episode of Doctor Who, this copper-plated sonic screwdriver can be exhibited in the included display case. You can find the 11th Doctor Sonic Screwdriver Programmable TV Remote here. 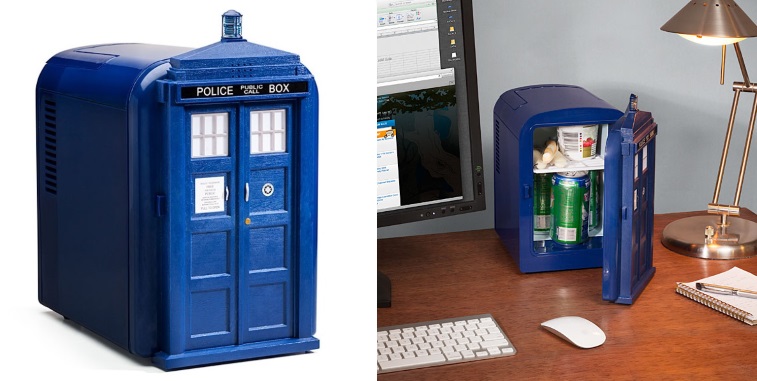 Any fan of Doctor Who knows that TARDIS (Time And Relative Dimension In Space) is the time-travelling spacecraft that transports the Time Lord on his adventures throughout the universe. Unfortunately, since TARDIS has assumed the somewhat unwieldy form of a 1960s-style London police box, it usually doesn’t make a very practical present. Luckily, the Doctor has discovered a way to make TARDIS a bit smaller (perhaps using the sonic screwdriver?) and more practical for ordinary humans. Like the original TARDIS, the TARDIS mini fridge resembles a London police box, but is a much more portable size. However, it still makes the iconic “VWORP VWORP” sound when you open it. Just large enough to hold a six-pack of 12-ounce cans, the TARDIS mini fridge can also be used as a heating box to keep your food warm. You can find the versatile Doctor Who TARDIS Mini Fridge here. 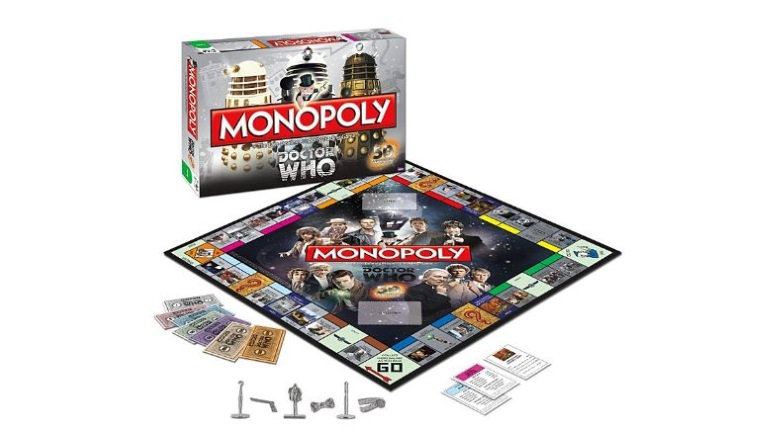 Monopoly got an extra-dimensional twist to celebrate the fiftieth anniversary of Doctor Who! Featuring six collectible tokens, including a scarf, a bow tie, a sonic screwdriver, an umbrella, and more, this special edition of the classic property-buying game is the perfect gift for Whovians. The playing board features images of the first 11 doctors, while the usual properties have been substituted with iconic episodes from the series. A must-have collectible for any serious fan of Doctor Who. You can find the Monopoly: Doctor Who Edition 50th Anniversary Collector’s Edition here. 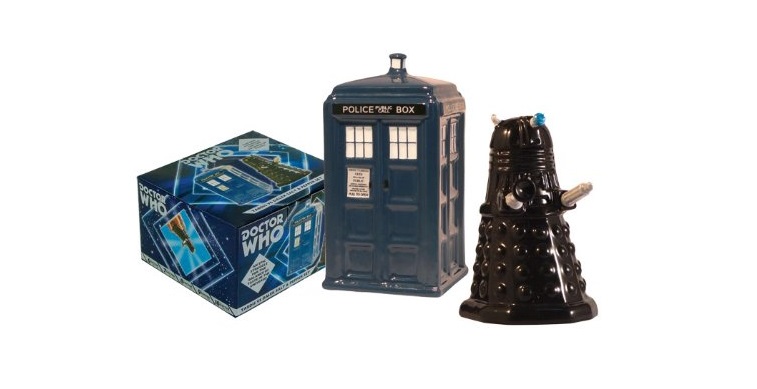 In the Doctor Who universe, the Daleks are an aggressive extraterrestrial race of cyborgs, while TARDIS is the Doctor’s sometimes autonomous time-travelling spacecraft. In other words, they’re as diametrically opposed as salt and pepper. Now you can bring this epic struggle to your dining room table with the TARDIS v. Dalek Salt and Pepper Shakers. Both shakers are made of quality hand-painted porcelain and are packaged in a handsome collectible Doctor Who box. The Dalek shaker is made for pepper, while the TARDIS shaker holds the salt. You can find the TARDIS v. Dalek Salt and Pepper Shaker here. 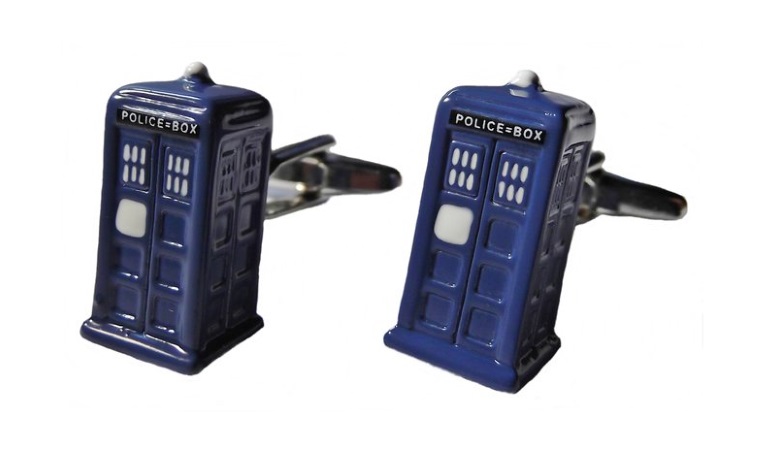 These handsome TARDIS cufflinks are a great way to show off your Doctor Who fandom at the office. Made of metal and enamel, these tiny replicas of the Doctor’s time machine even manage to recreate the “Police Box” lettering seen on the full-size TARDIS. Just remember to remove the TARDIS cufflinks before entering another TARDIS or things could get weird. You can find the Doctor Who TARDIS 3D Metal/Enamel cufflinks here.

Weeping Angels are some of the most fearsome monsters in the Doctor Who universe. Known for their ability to quickly close in on their prey unless they are being watched, Weeping Angels normally appear as frozen angelic statues. However, when they are not being observed, they transform into demons and can quickly overtake their victims. Now you can experience some of the fear that these creatures inspire with the Weeping Angel coffee mug. While this heat-sensitive mug normally only displays the words “Don’t Blink,” a fearsome Weeping Angel appears when it is filled with a hot liquid. Now you just have to figure out how to drink from the mug without taking your eyes off the Weeping Angel. You can find the Doctor Who Coffee Mug with Weeping Angel design here.