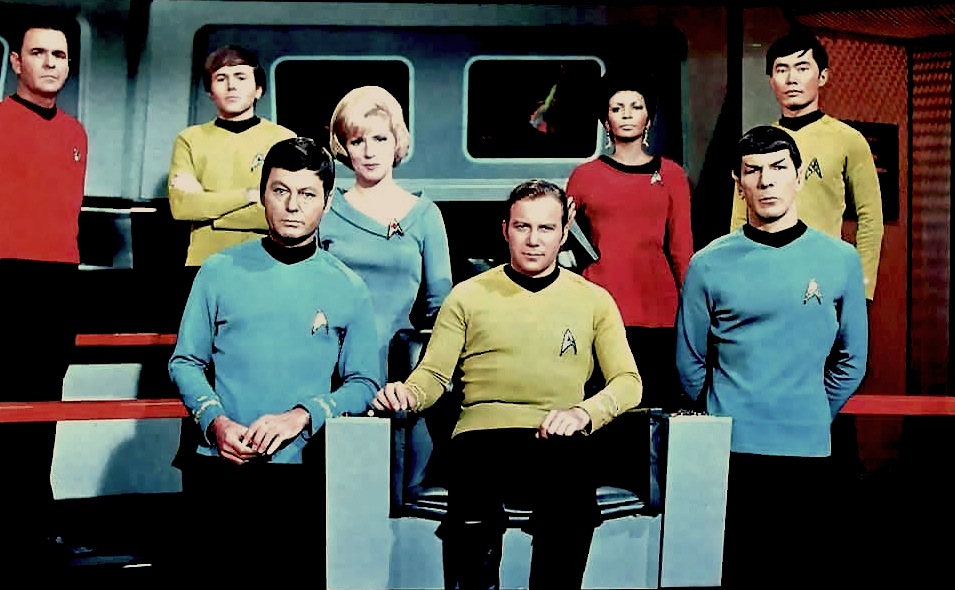 With a history that runs all the way back to a television series that debuted in 1966, Star Trek is a sci-fi franchise that has inspired devotion from its fans — or Trekkies as they are popularly known – across generations (TNG reference intended). Now, with a third installment of the rebooted Star Trek movie series currently in theaters, and a new TV series scheduled to be released in January 2017, a whole new generation of Star Trek fans are practicing their Vulcan salutes and learning the significance of wearing the dreaded red shirt.

In order to celebrate the release of Star Trek Beyond — as well as the franchise’s 50-year anniversary in 2016 — we have embarked on our own mission to seek out the best Star Trek gear available on the Internet. Here are our seven top gifts for fans of Star Trek. 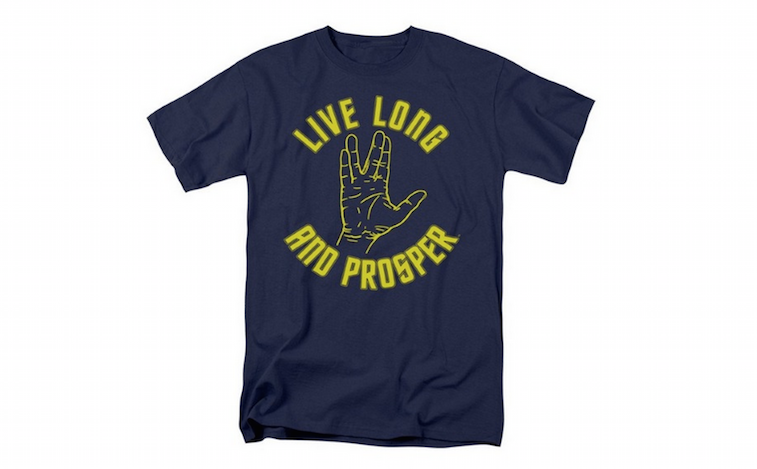 Sadly, we recently lost one of Star Trek’s most beloved actors when Leonard Nimoy passed away in 2015. Nimoy was best known for his role as the Vulcan character Spock on the original TV series as well as multiple feature films, including 2013’s Star Trek Into Darkness. And it was Nimoy who first introduced the now famous “Vulcan salute” that has become synonymous with Star Trek fandom. So what better way to celebrate the life of this iconic actor and the character he portrayed than with a t-shirt featuring the Vulcan hand gesture and traditional greeting? You can find the Star Trek T-Shirt Live Long and Prosper Original Series here. 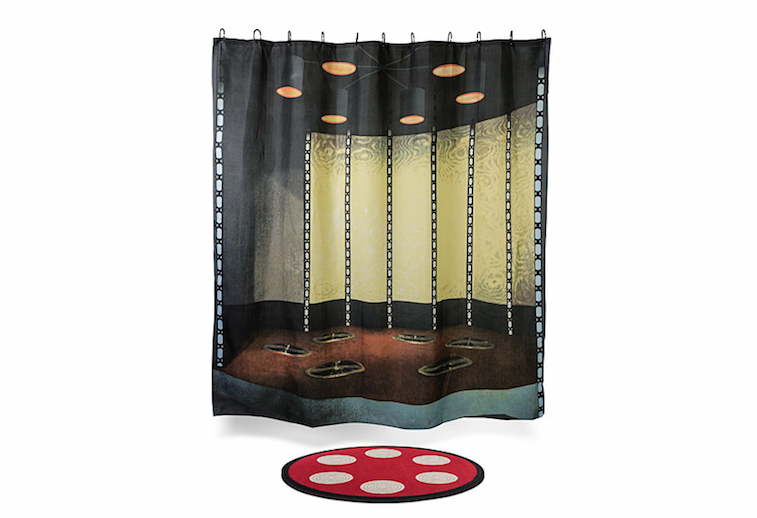 Star Trek has given us a fair share of gadgets that we wish were real. However, perhaps the coolest fictional technology that Star Trek introduced to the world is the transporter. Transporters are a teleportation system allows people or objects to be effortlessly moved across vast distances by simply dematerializing them at one location, and then rematerializing them at another. And while scientists have yet to develop a working transporter, someone has invented a Star Trek Transporter Room Bath Mat & Shower Curtain Set that will make your bathroom look like a transporter room.

Featuring a shower curtain with a picture of the iconic transporter room as it appeared on the original Star Trek television series and a bath mat that replicates the look of the transporter platform, these futuristic-looking decorations will transform every bath time into beam up time. You can find the Star Trek Transporter Room Bath Mat & Shower Curtain Set here.

Logic dictates that you should always back up your data. And if you’re a fan of Star Trek, the only logical choice for data storage is the Star Trek Thumb Drive that features the likeness of one of the franchise’s best-known characters: Captain Kirk. Not only will this Kirk 8GB USB Drive safely store your data, it also comes preloaded with fun Star Trek content,  like digital comics, videos, wallpapers, and more. You can find the Kirk 8GB USB Drive here. 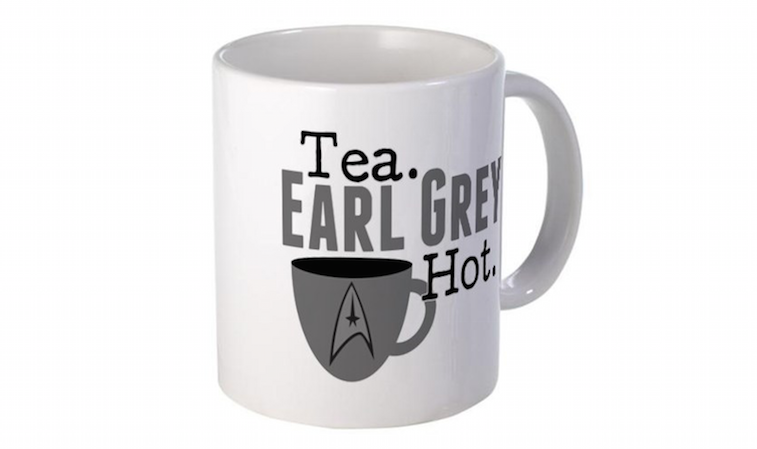 Captain Picard doesn’t always drink tea, but when he does, he likes it to be Earl Grey and hot. Now you can make sure your tea is always at Picard’s preferred temperature level with the heat sensitive color-changing Tea Earl Grey Hot Mug. This normally black-colored mug transforms to white when it is filled with hot Earl Grey tea (or any other hot liquid), which reveals the Captain’s favorite drink order alongside the Starfleet logo. A must-have product for fans of Star Trek: The Next Generation. You can find the Tea Earl Grey Hot Mug here; just remember to specify the black color-changing model.

While it’s fun to express your Star Trek fandom at work, most business dress codes probably don’t allow you to wear full Starfleet uniforms. That’s why we love these low-key color-coded Star Trek ties. Modeled after the uniform design used in Star Trek: The Next Generation, these ties are available in three colors: Command Red, Engineering/Ops Gold, and Sciences Blue. However, if these ties work anything like the shirts, you may want to be careful about how close you stand next to anyone wearing the red tie. You can find the Star Trek TNG Ties here.

You may be limited to wearing a Star Trek-themed tie at work, but there’s nothing stopping you from relaxing at home in your very own Star Trek uniform bathrobe. Made of 100% cotton, these officially licensed robes are available in three colors for men: gold Kirk/Command/Captain, red Scotty/Operations/Commander and blue Spock/Sciences/Commander. There is also a shorter Red Uhura-style Robe for women.

Not only do these robes feature the Starfleet logo with department insignia on the left breast, they also include the embroidered rank on the sleeves. After all, you don’t want lower-ranking crewman failing to abide by Starfleet decorum just because you’re not wearing a proper uniform. You can find the Star Trek Bathrobes here. 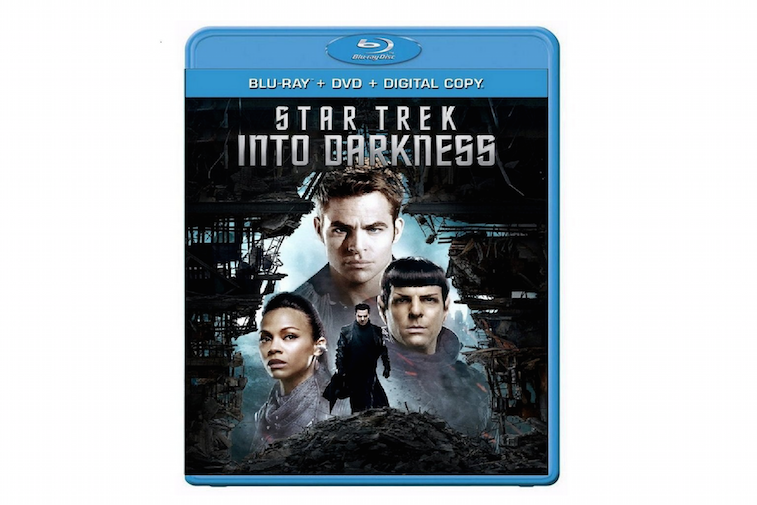 With Star Trek Beyond currently in theaters, now is the perfect time to revisit the last installment in the rebooted movie series. This two-disc collection gives you a Blu-ray copy, a DVD copy, and a Digital HD copy of this sci-fi gem. Star Trek Into Darkness has an 87% “Certified Fresh” rating from the critics at Rotten Tomatoes, who called it “a rock-solid installment in the venerable sci-fi franchise.” You can find the Star Trek Into Darkness (Blu-ray + DVD + Digital HD) here.