It’s only natural for video game fans to want information about what’s coming for the titles they love. It’s also natural for game makers to want to play their cards close to their vest. Inevitably, rumors and leaks trickle out. This week we’ve uncovered a bunch of classified information that may (or may not) be true. Whether your’e interested in Final Fantasy, virtual reality, or leaked gameplay videos, we’ve got you covered.

Developer Square Enix is hard at work on the upcoming (and way-too-long-anticipated) new entry in the Final Fantasy series. The company hasn’t announced when it will release, but Gematsu has three sources that swear up and down it will come out on September 30, 2016.

We’ll have to wait for an official announcement to be sure, but that date sounds as good as any. Square Enix has said to expect it this year, and a September release would put it at the start of the holiday rush, when many of the year’s biggest games come out. The only possible red flag is that September 30 is a Friday, while most games come out on Tuesdays. Still, Friday releases are becoming more common lately; Square Enix released Hitman last Friday.

2. Seriously, is PlayStation VR being delayed?

Sony said its PlayStation VR headset will launch in the first half of 2016. We’ve heard rumors that the date has been pushed back, but Sony hasn’t given any official update one way or another. A new wrinkle in the story just emerged as Amazon changed the release date on its listing for the headset from June 30 to December 31. Gaming insider Wario64 tweeted the screenshots to prove it. Does this mean it’s been delayed? Not necessarily, but it might. We should know for sure on March 15. That’s when Sony is hosting a PlayStation VR event and is expected to announce a final price and release date.

Microsoft is working on a free-to-play racing game for Windows 10 called Forza 6: Apex. Most of what we know about the game comes from the official trailer, but someone has just uploaded footage of the game, probably breaking a non-disclosure agreement. The game itself doesn’t look as good in the footage as it does in the trailer, but who knows what hardware the leaker is running it on. The game will launch sometime this spring.

4. Are these SNES games coming to Nintendo 3DS?

A data miner has paged through the Super Nintendo emulator that’s used to bring SNES games to 3DS and found evidence of a host of unannounced titles that sure look like they’re coming to the platform, including Final Fantasy VI and Fire Emblem. The only caveat is that you need a New Nintendo 3DS to play them. If you don’t want to shell out the cash to buy one of those, there’s still hope these games will work on the NX, Nintendo’s upcoming system (I wouldn’t bank on it, though). You can see the full list on NeoGAF.

Another data miner apparently looked deep into Nintendo’s websites and found evidence of a Picross game based on The Legend of Zelda: Twilight Princess. Picross is a kind of puzzle game that has you look at numbers on the outside of a grid and try to figure out which squares to fill in. That makes it sound about as enjoyable as math homework, but I assure you it’s fun. The game is supposed to be coming on March 31, as some kind of reward for the upcoming My Nintendo service.

This leak could be a hoax, but it stands a chance of being true. Nintendo recently released a free-to-play Pokémon Picross game that was pretty well received.

6. Is the PlayStation Store getting a new layout? 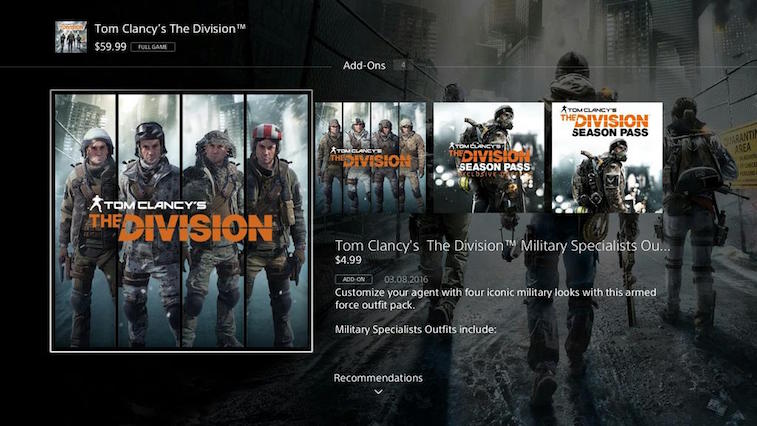 A possible new layout for the PlayStatoin Store | Source: Twitter

A Twitter user apparently went to the PlayStation Store on his PS4 and discovered that it looked quite a bit different than it usually does. It’s showing up as normal on everyone else’s PS4, so it could have been a technological error on Sony’s part. Or it could be the result of some photoshopping. Either way, a fresh coat of paint on the PlayStation Store probably won’t affect your life too much unless you spend an inordinate amount of time waffling on game purchase decisions. In any case, the new store looks pretty hip and modern.

Each month a new group of games goes free to PlayStation Plus members, but Sony always waits until the end of the month to announce the next month’s games (here’s the lineup for March, in case you’re curious). This leak came from someone on the gaming forum NeoGAF who pre-ordered the game Dead Star for PlayStation 4. The pre-order was canceled, apparently because the game will be offered for free to PlayStation Plus members. The game itself looks pretty cool, with tons of space ships blasting neon lasers at each other. Check it out in the video above.