Animation is an odd stepchild of the film and TV industry. It’s a medium that quite literally affords its actors no face time with an audience, and the people who work within it are seldom recognized for their considerable work. But with animated movies and shows becoming less and less aimed at one particular audience (read: children, circa the era of Saturday morning cartoons), it’s led to the rise of a group of actors with some of the steadiest work in Hollywood.

Odds are, you’re familiar with these people without even knowing it. They’re the actors who pop up virtually everywhere, from your favorite animated series to the latest video game release. We rarely see their faces, but we can almost always pick their voice out of a lineup. For many, they’d have it no other way. Hollywood is nothing if not difficult when it comes to finding consistent work, and no one works more than an established voice actor. 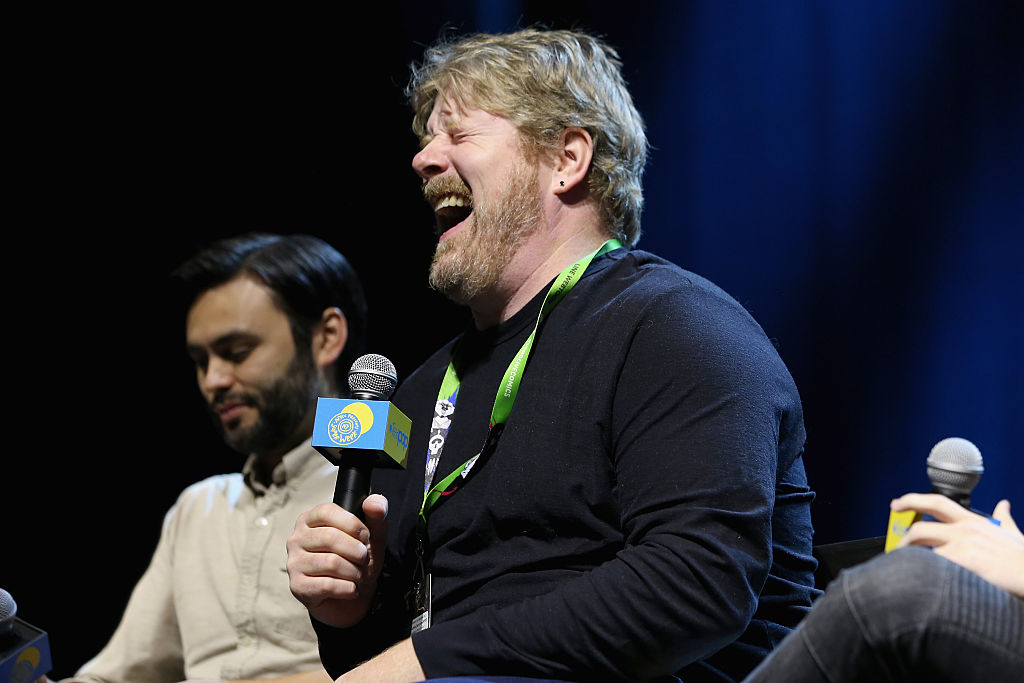 Most of us probably recognize John DiMaggio for his role as Bender in Futurama, but his work extends far beyond that one series. His other work includes the new animated Teen Titans series, Brickleberry, and a collection of various superhero roles for both Marvel and DC on TV and in video games. His is a face you’ll rarely (if ever) see in live action, having built his career exclusively in the realm of voice work. 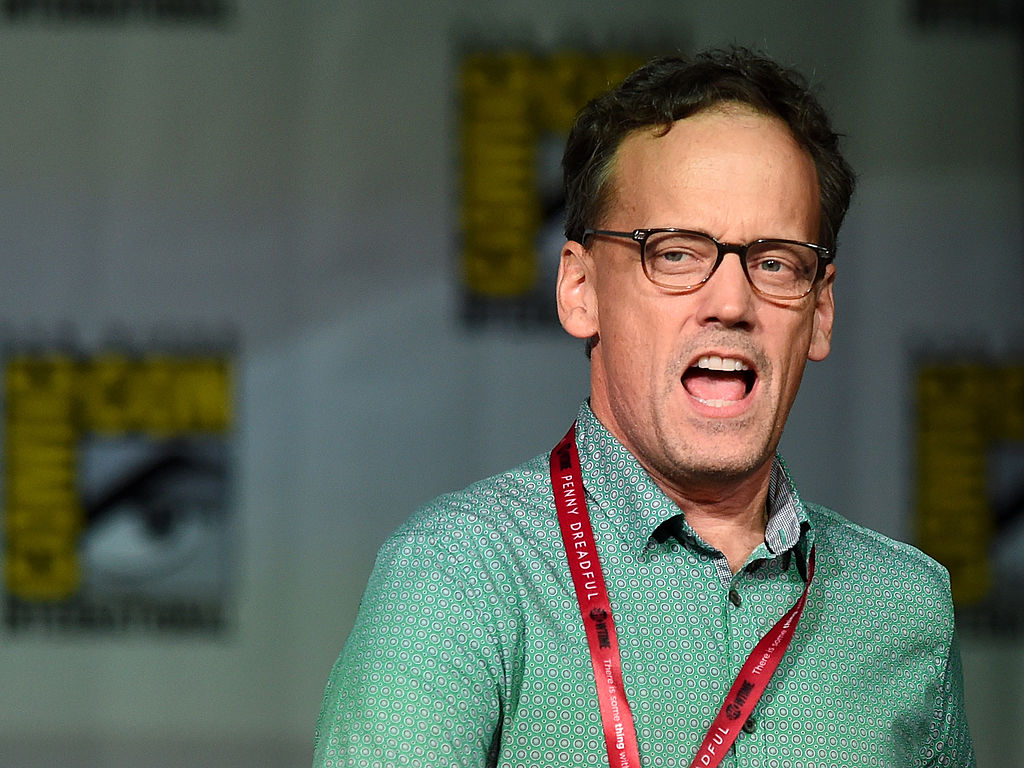 Dee Bradley Baker is about as versatile as it gets in the animation industry. He’s done work where all he’s contributed are straight up animal noises as Appa and Momo in Avatar: The Last Airbender, he’s put on a Kiwi accent for the voice of Captain Rex in the Star Wars: Clone Wars cartoon series, and his greater resumé pretty much defines the word “extensive.” If you’ve watched a popular animated TV show in the last decade, then you’ve probably heard Baker’s voice. 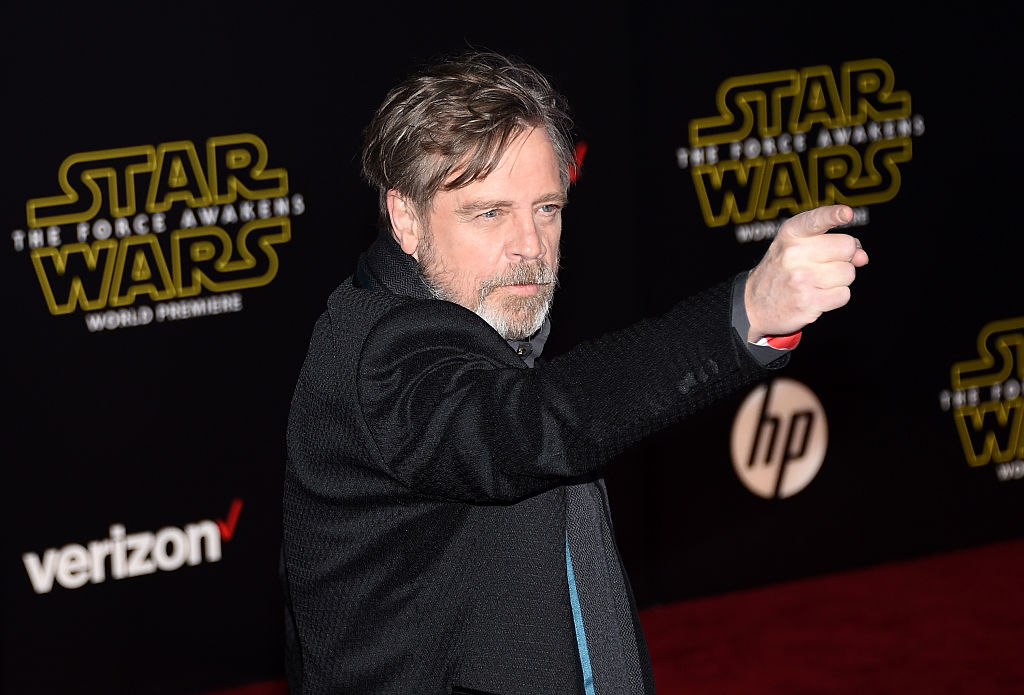 Known for: Batman: The Animated Series, Avatar: The Last Airbender

The career paths of all three stars in the original Star Wars trilogy are decidedly different. Han Solo went on to be a blockbuster A-list star, Carrie Fisher went into theater, and Mark Hamill built a career as one of the most successful voice actors of all time. Over the years, his Joker voice first debuted in the 1992 Batman TV series has become the iconic representation of the character, more so than even Heath Ledger’s Dark Knight performance. He’ll of course be returning to live action for Star Wars Episode VIII, but his real career was made in animation. 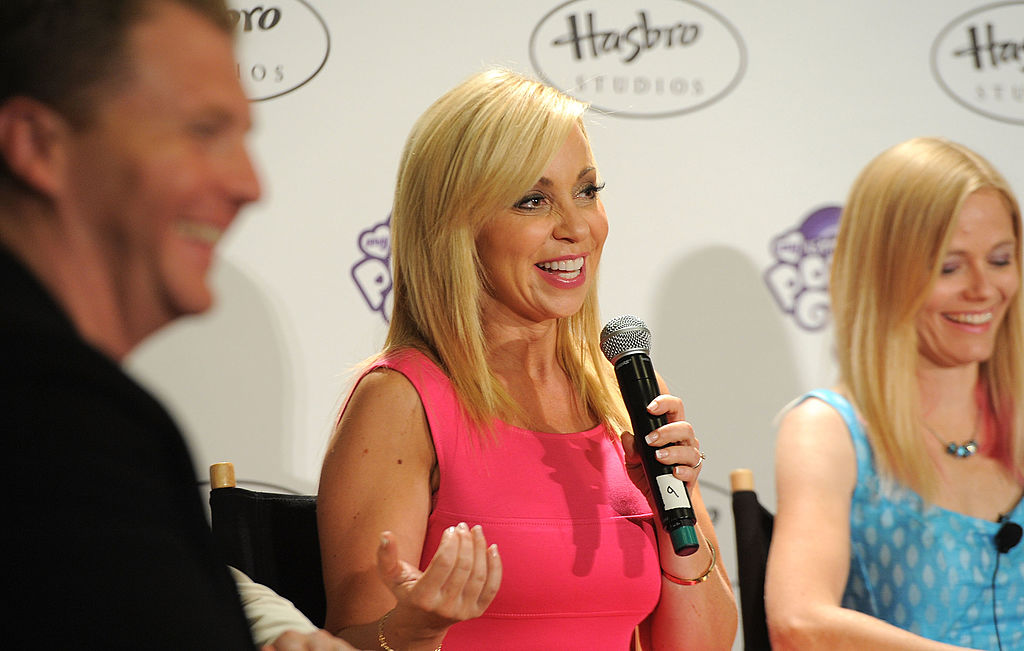 Known for: My Little Pony: Friendship is Magic, The Fairly Oddparents

Lest we forget, the list of successful voice actors in Hollywood isn’t limited to men. Tara Strong is a shining example of this, as one of a handful of women who’ve given us the instantly recognizable and quintessential Harley Quinn (began by Arlee Sorkin in 1992 with Batman: The Animated Series). You can hear Strong voice Harley in the Batman: Arkham video game series, and going even farther back, you’ll probably recognize her most as Timmy Turner in Nickelodeon’s The Fairly Oddparents. 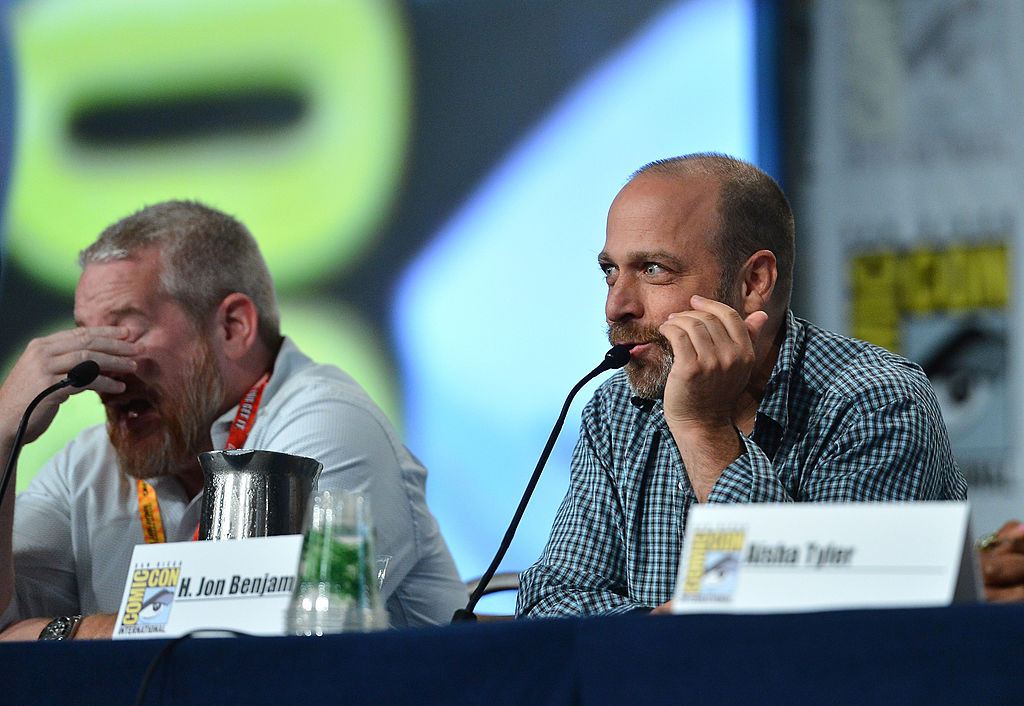 H. Jon Benjamin is a talent who, despite his work in the industry dating back to 1995, is only now entering into the A-list conversation. He’s the main voice behind not one, but two major series in Archer and Bob’s Burgers and has gained work in live action, appearing most recently in Netflix’s Master of None. His is a voice suited for both the suave secret agent type of Archer, as well as the everyman, blue-collar dad of Bob’s Burgers, putting his versatility on display on a weekly basis across two networks. 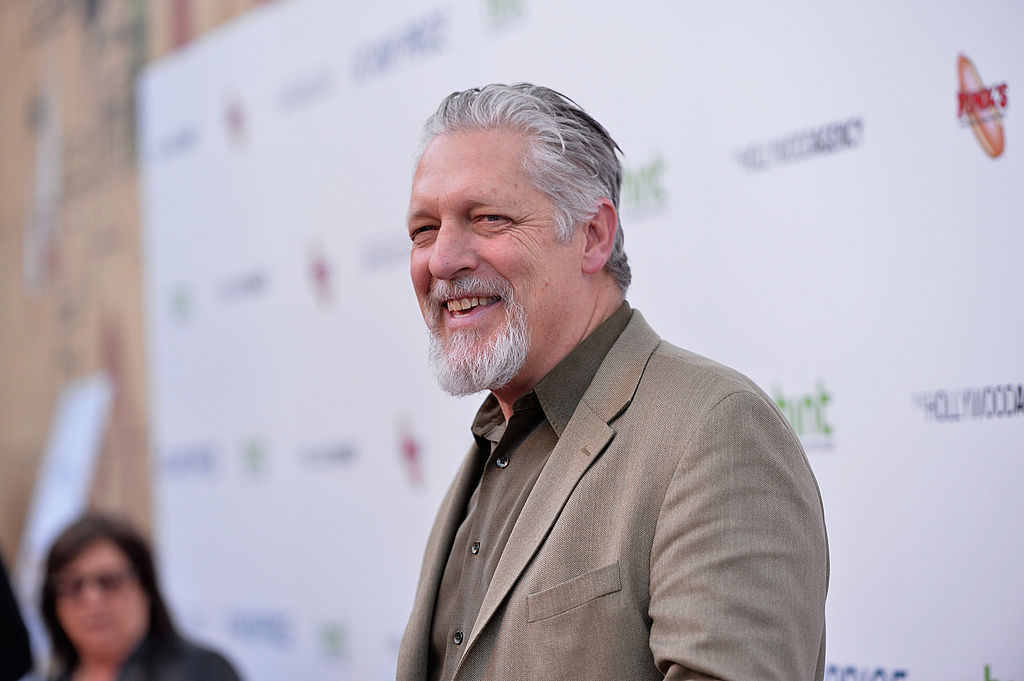 Clancy Brown is one of the rare double-threats in the world of voice actors. When he’s not in a sound booth, you can see him playing the role of the stern, yet not-so-trustworthy soldier type. That label has followed him around so thoroughly, that he’s played a shady military colonel in both the Marvel and DC TV universes on Daredevil and The Flash respectively. Like Dee Bradley Baker, he’s also a veteran of both The Clone Wars and The Last Airbender, albeit for a host of different roles between both series. 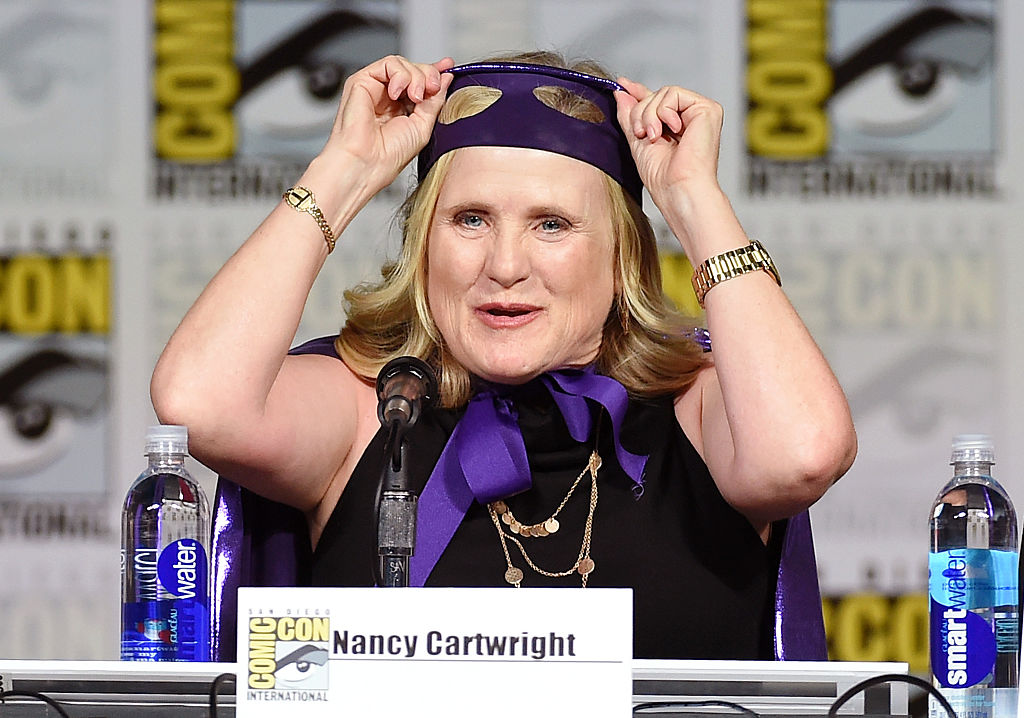 Known for: The Simpsons, Rugrats

With Nancy Cartwright, we have a stalwart of the animation industry, having been the voice behind Bart Simpson for longer than most viewers of the show have been alive. That’s not to say she hasn’t dipped her toes into other, newer projects. She’s lent her voice talents to a number of odd jobs throughout the year and is never short on work (much like everyone else on this list). Outside of The Simpsons, you’re likely to know her as the actor behind Chuckie Finster on the Rugrats, as well as Rufus on Kim Possible.