7 of the Best Dressed Movie Villains of All Time

If there’s one thing all villains have in common, it’s passion. Whether that passion is killing teenagers at summer camp or using sorcery to manipulate the Sultan into abdicating the throne, every villain who’s ever been has truly thrown themselves into their work. While all villains should be applauded for their ability to whole-heartedly pursue their goals, only a handful ever manage to look good while doing so. Here are some of the best dressed movie villains of all time!

I mean, seriously, some villains don’t take care of their appearance at all, like Gollum (we get it, you’re obsessed with this stupid ring, but, like, take a shower). Others are just trying too hard, like Jafar, who looked like Grace Jones in A View to Kill at all times (that’s what you get when you let a talking parrot dress you in the morning).  The best of them, however, manage to temper their plots for world domination / mass homicide / spreading evil with a well curated outfit that subtly complements their desire to make the world a worse place. Who says you can’t loathe humanity and look good, too?

Let’s look back at some of the best dressed movie villains of all time. If they can have style and dreams, then so can we!

Depending on your opinion about the replicants’ plight, you may think of Roy Batty as more hero than villain (and you wouldn’t necessarily be wrong, particularly if you’re willing to overlook his homicidal tendencies). However, as the clear antagonist to Rick Deckard’s chiseled, grizzled protaganist, it would seem that fate (a.k.a. Ridley Scott) has cast him as “bad guy,” and a superbly dressed one at that. To play Batty, Hauer donned the short severe crop top of a young Brigitte Nielsen, and his steampunk-y outfits let everyone know he had the leanness and muscle tone of… well… a young Brigitte Nielsen. Actually, now that I think about it, Rutger Hauer has definitely been Brigitte Nielsen in drag this whole time…

2. John Turturro as Jesus Quintana in The Big Lebowski (1998) 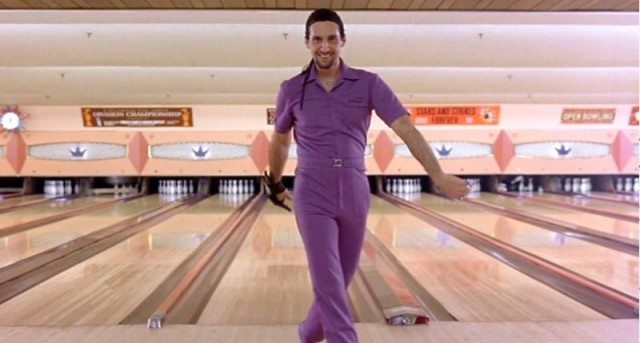 Sure, Jesus was a jerk and John Turturro’s body has a lot of weird angles to it, but imagine that purple bowling outfit on a likable character with a gait that allowed him to stand perpendicular to the ground. What you have is a cool guy with great posture in an awesome outfit. 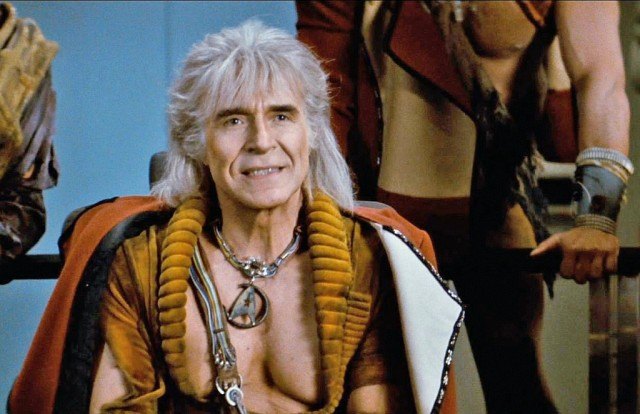 I mean… the hair, alone. Nevermind the awesome capes and skin-tight polyester pants and focus on that hair. I wish I had the confidence (and/or the overwhelming desire for the complete domination of all living beings) to pull off such a do. It’s basically a mullet meets a fancy lady’s up-do. Is Khan looking to party or land an old rich husband? Either way, his self-esteem is THROUGH THE ROOF. 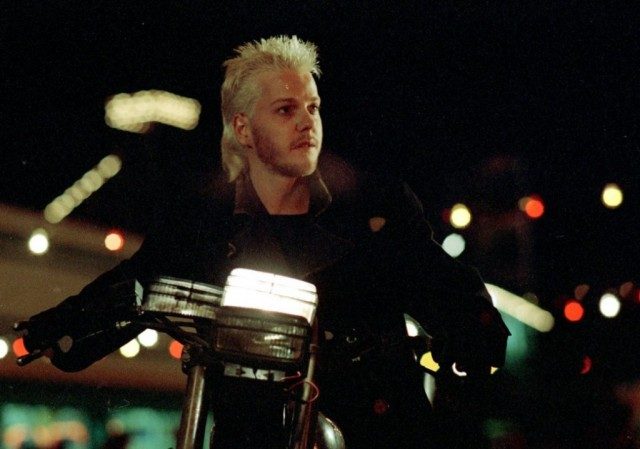 Honestly, I think I just have mad respect for anybody who can pull off a mullet without me wanting to stab my own eyes out. You have to admit, it’s an impressive feat, and one that 80’s-punk-vampire Kiefer Sutherland pulls off with pale aplomb.

5. Christopher Lloyd as Judge Doom in Who Framed Roger Rabbit (1988) 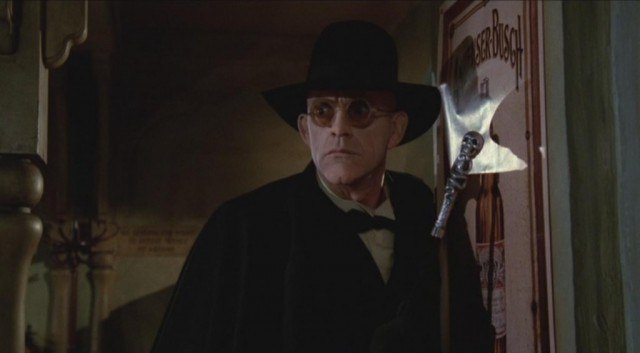 Is Judge Doom a style icon? Hardly, but I’ll be damned if he didn’t make strong fashion choices and stick with them. I’m not saying it looked “good,” per se, but it certainly made the statement he was going for, and isn’t “self expression” the cornerstone of style? After all, it’s rare that someone even tries to go for the floor length jacket and black suit look, and even rarer that somebody succeeds at the attempt (it’s pretty much just Judge Doom and Morpheus). Plus, that hat! You wish you were cool enough to pull off that hat, BUT YOU NEVER WILL BE. 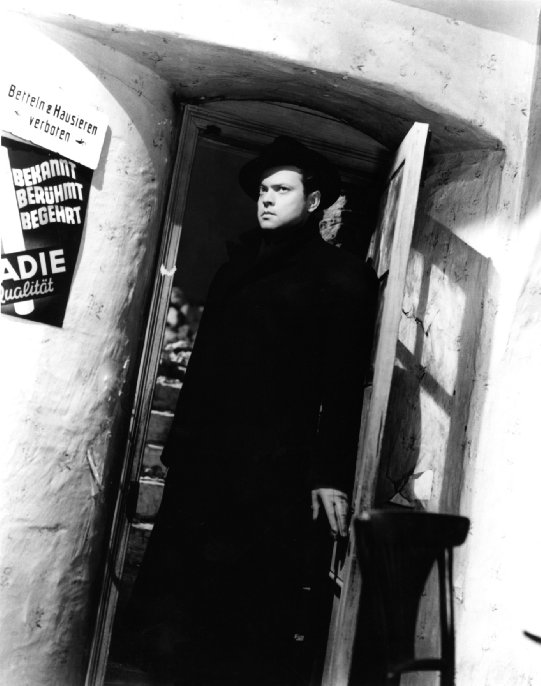 Harry Lime didn’t just wear suits, he wore darkness: it’s like his entire body was a black hole that no earthly light source could penetrate. In fact, he clung to the shadows so much in this movie that he very well could have been completely nude the entire time and audiences wouldn’t have known the difference. Anyone who knows how to find their light (or lack thereof) with this much control gets an A+ for personal fashion design in my book.

Sure he can rock a suit, but more than anything Hans Gruber is the hair icon to men everywhere with a receding hairline. This is how you do it, fellas! No frills, no smoke-and-mirrors: Gruber rocks the huge forehead with vengeful pride. I hope I look that stylish when I fall out of a building to my death (I also hope my last words are a subdued “Yippy-ki-yay, motherfu**er”).