The 7 Most Terrifying Movie Cyborgs

“Cyborg” — a portmanteau of the words “cybernetic” and “organism” — is a term that is typically used to describe a human who has been enhanced with artificial components. According to Oxford Dictionaries, a cyborg is “a fictional or hypothetical person whose physical abilities are extended beyond normal human limitations by mechanical elements built into the body.” While the advancements made in technologies that augment our natural abilities make it debatable if cyborgs can still be called hypothetical today, there is no question that some of the most fascinating portrayals of cyborgs have come from fictional works, especially films.

Portrayals of cyborgs have included protagonists such as Pearl Prophet, who was outfitted with multiple artificial parts in Cyborg, to antagonists like Dr. Julius No, who had a powerful mechanical hand in the James Bond franchise film Dr. No. While cyborgs can be either good or evil, some of the most compelling portrayals of cyborgs in movies have focused on the dark side of melding human with machine. For example, Captain America: The Winter Soldier featured a brainwashed assassin with a mechanical arm. Besides functioning as a replacement for his biological arm, the mechanical arm also served as a visual symbol of the replacement of his human memories and feelings with a mechanical desire to kill. 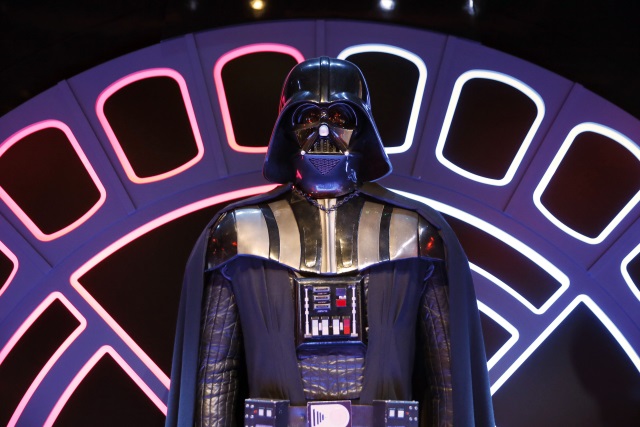 Regardless of whether cyborgs use their abilities for good or evil, there is something undeniably unsettling about mixing human and mechanical elements. Although the fright factor of each cyborg is based on personal opinion, all of the cyborgs selected for this list use the widely accepted definition given above. In the interest of narrowing down the list, cyborgs from animated movies were not considered. Androids — robots that have been made to appear human — are also not included (sorry, Terminator fans). Keeping those caveats in mind, here are seven of the scariest cyborgs seen in movies, from least frightening to most.

In the second Spider-Man film to be directed by Sam Raimi, Dr. Otto Octavius (played by Alfred Molina) is trying to create a sustained fusion reaction. For reasons that only make sense in the comic book world, this endeavor required the peripheral invention of four autonomous mechanical tentacles. Unfortunately, a mishap during a fusion experiment results in the death of Dr. Octavius’s wife, and the mechanical tentacles become fused to his spine.

With the sentient tentacles influencing his behavior, Dr. Octavius transforms into the mechanically enhanced villain known as “Doc Ock.” Although we find the idea of a cyborg with incredibly strong and independently minded tentacles frankly terrifying, Doc Ock falls to the bottom of this list due to his eventual redemption in the film. It is clear that the sentient tentacles are warping the otherwise good doctor’s mind, which makes Doc Ock a rather tragic — although still scary — cyborg.

This cult sci-fi flick from director Paul Verhoeven introduced what is arguably one of the most famous cyborgs in cinematic history. After being viciously shot to death while pursuing criminals in a near-future Detroit, police officer Peter Murphy (played by Peter Weller) is reanimated as a cyborg known as “RoboCop.” Using his mechanically enhanced abilities, RoboCop cleans up the crime-ridden city.

However, RoboCop also struggles to regain his human memories and maintain his autonomy against the computer elements that direct his behavior. While RoboCop is ostensibly a “good” cyborg, we think that his incredibly violent method of fighting crime more than qualifies him as a scary cyborg. For example, in the process of thwarting a convenience store robbery, RoboCop unnecessarily destroys the entire business, making us wonder if the store owner might have been better off just handing over the cash to the criminal. Either way, a cyborg policeman who can punch through walls is pretty frightening in our book. By the way, we’re aware of the 2014 remake, we just wisely chose to ignore it.

This bizarre Roger Corman-produced film is set in an alternative future when a repressive American government sponsors a violent cross-country car race that encourages participants to murder pedestrians. One of the most celebrated Death Race participants is Frankenstein, played by David Carradine. Frankenstein has survived numerous car crashes and is rumored to have had most of his body replaced with mechanical prostheses.

It is later revealed that Frankenstein only has one mechanical enhancement, an explosive hand that he is planning on using to assassinate the President. Despite having only one mechanical element, we believe Frankenstein still qualifies as one of the scariest cyborgs ever portrayed in movies due to his overall creepiness. After all, besides participating in a sport that revolves around killing people, Frankenstein also wears a black leather outfit that makes him look like a cyborg version of “The Gimp” seen in Pulp Fiction.

While Wild Wild West is a best-forgotten Will Smith vehicle that was widely panned by critics, it did feature one of the most memorable cyborgs ever portrayed in a movie. Set in an alternative post-Civil War time in the U.S., the film features many steampunk technologies, including a giant mechanized spider. In the film, Dr. Arliss Loveless — a former Confederate scientist played by Kenneth Branagh — uses a steam-powered wheelchair, since he is quite literally missing half of his body.

The wheelchair is later revealed to also be a mechanical enhancement when it transforms into another set of artificial spider legs that allow Dr. Loveless to tower over his opponents. Along with one of his minions, who has a steel-plated head, Dr. Loveless appears to be one be one of the few steampunk cyborgs portrayed in film. As a rabid racist who is trying to overthrow the U.S. government, Dr. Loveless also qualifies as one of the scariest cyborgs ever seen in movies.

Not be confused with the Marvel Studios’ Iron Man superhero film, Japanese director Shinya Tsukamoto’s surreal film is about the uncontrollable metamorphosis of a man into a cyborg. While it’s not entirely clear why the unnamed character known only as “the man” is being transformed into a cyborg, the process is initiated when he and his girlfriend hit another character known as the Metal Fetishist with their car. After the accident, the man discovers metal emerging from his body in different places during several nightmarish sequences. Eventually, he has entire parts of his body transformed into mechanical elements.

To say that these mechanical enhancements result in some unpleasant consequences would be an understatement — the film must really be seen to be believed. Although the surreal storyline and highly stylized visuals of Tetsuo: The Ironman make it quite different from the other movies cited on this list, we believe “Iron Man” definitely qualifies as one of the scariest, if not outright horrifying, cyborgs ever seen in a film.

It would be hard to justify a list of scary movie cyborgs that did not mention the Star Trek universe’s Borg, a species that forcibly assimilates other organisms by implanting them with mechanical elements. Since the Borg are typically portrayed without individuality, it makes it difficult to select one particular Borg as the scariest. However, in Star Trek: First Contact, the Borg Queen (played by Alice Krige) was introduced.

While the Borg Queen consists of the usual Borg blend of organic and mechanical elements, her appearance in Star Trek: First Contact was particularly disturbing due to her ability to completely detach her organic head and shoulders from her mechanical body. Of course, like the rest of this menacing race of cyborgs, the Borg Queen tries her best to assimilate the crew of the Enterprise. Due to her overall dreadful appearance and desire to convert all other races into similarly creepy Borg, the Borg Queen ranks high on our list of scariest cyborgs.

Darth Vader was first introduced to moviegoers in 1977’s Star Wars Episode IV: A New Hope as the masked leader of the evil Empire. Although it wasn’t initially clear if Darth Vader was a cyborg, in subsequent films it was revealed that Darth Vader’s body consisted of many mechanical elements, including both of his arms and legs. As the primary villain in the highly successful Star Wars franchise, Darth Vader may be the most recognizable cyborg ever portrayed on film. After all, he is the only cyborg to be honored with a grotesque on the Washington National Cathedral.

Along with RoboCop’s clunky mechanical leg noises, the hiss of Darth Vader’s labored breathing may be one of the most iconic sound effects epitomizing a cyborg’s blend of the organic and mechanical. Although Darth Vader was eventually redeemed and may even be considered a sympathetic character in some of the later Star Wars films, he committed several particularly heinous acts that make him a truly frightening cyborg, including destroying an entire planet, severing his son’s hand, and choking to death innumerable underlings by using his Sith powers.