7 Pieces of Marvel Superhero Gear You Can Actually Use 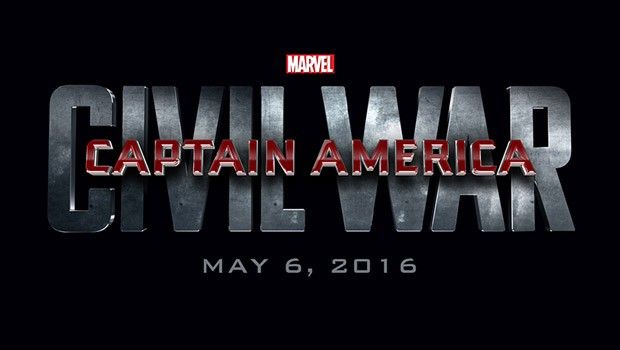 Phase Three of the Marvel Cinematic Universe’s media franchise kicks off in less than a year, when Captain America: Civil War lands in theaters on May 6, 2016. Although the movie’s title suggests that it will be mostly about Captain America, news about the film’s storyline and its large cast of characters seem to indicate that Captain America: Civil War will look more like another Avengers sequel, rather than a standalone superhero flick. In the film, Iron Man and Captain America emerge as the leaders of two groups of superheroes who oppose each other over a proposal that requires all super-powered individuals to register with the government.

Although the debut of Captain America: Civil War is still many months away, there is plenty of superhero gear related to the characters in the movie that is already available. And while there are many items out there that have little or no use in the real world — like a replica of Captain America’s shield — we have chosen to highlight some Marvel superhero-themed gear that is both entertaining and practical. Here are seven pieces of Marvel superhero gear that you can actually use every day. 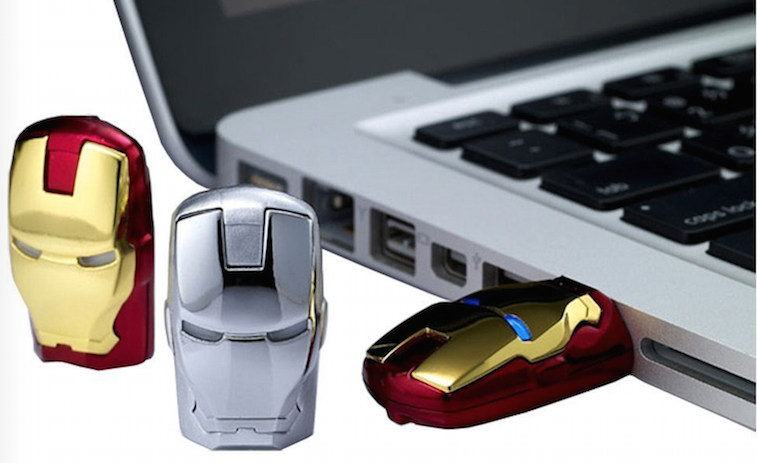 Billionaire playboy Tony Stark, aka Iron Man, is hands down the most technically proficient member of the legendary Avengers team. So it only makes sense that you would trust this metal-headed mogul with your digital data. It’s a USB flash drive. It comes in a nifty metal gift box. Its freaking eyes light up when you plug it in. Is there really anything more you could ask for? You can select a model featuring Iron Man’s classic red and gold armor,which has a 16GB capacity, or the silver War Machine model and with higher storage capacities. You can find the Newdigi Iron Man Models Full Capacity 16gb USB Flash Drive Gift Tony Stark New and Fashion +Gift Box here.

Just because you don’t turn into the Incredible Hulk every time you get angry doesn’t mean you’re not still incredible. Remind your family or co-workers not to bother you before you’ve had your first cup of coffee by putting your name on this personalized color-changing Incredible Hulk mug. That’s right, we said color-changing. Just like Bruce Banner transforms into a green behemoth when he gets hot under the collar, this color-changing mug turns from black to white when it is filled with any hot liquid. You can find The Incredible Hulk Personalized Design Mug here; just make sure you specify the color-changing version or you might get angry. And we wouldn’t like it if you got angry.

Although this Rickshaw Medium Zero Messenger Bag is not built to to hold a bow and arrows, it is the perfect accessory for any Hawkeye fan who wants a stylish way to safely get their gear to work or school each day. Featuring an arrow graphic that doubles as an “H,” this lightweight, yet durable, water-resistant polyester bag has two front pockets and a main compartment that is capable of holding a 13-inch laptop. You can find the Hawkeye On Target Logo Messenger Bags here. 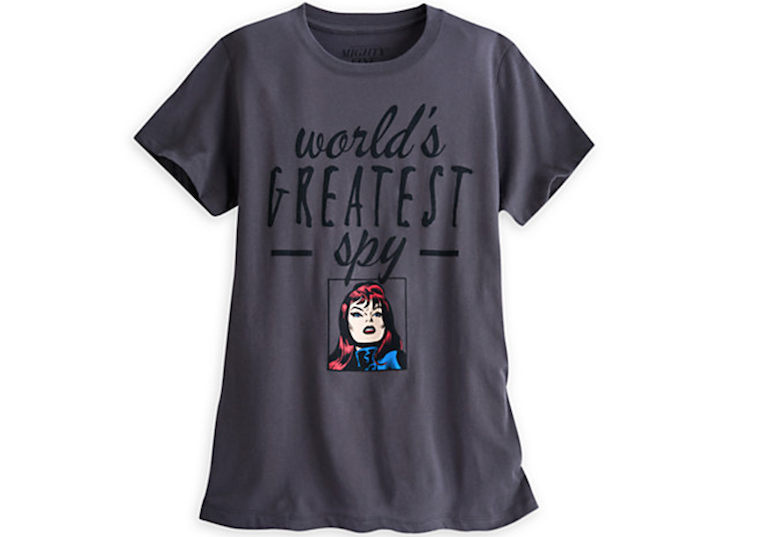 Some people think that James Bond is the world’s greatest spy. Those people are wrong and probably drink too many martinis. Remind those people just how wrong they are with this 100% cotton t-shirt that features a classic comic book graphic of Natasha Romanoff, aka, the Black Widow. You can find the Black Widow Tee for Women by Mighty Fine here. 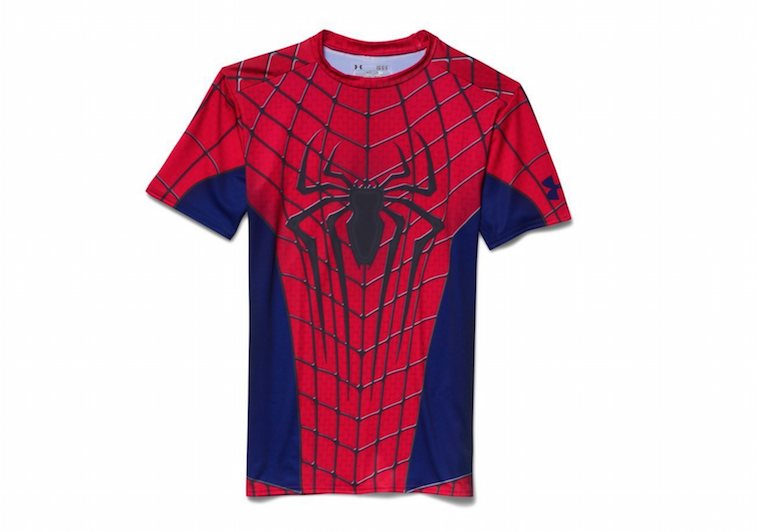 Show off your superhero fandom and get in shape all at the same time with one of these Under Armour Men’s Alter Ego Short Sleeve Compression Shirts made to look like your favorite superhero’s costume. Besides Spider-Man, these shirts are also available in Captain America, Iron Man, Thor, Hulk, and Superman styles.

Made from the Under Armour’s HeatGear fabric that helps keep athletes cool by allowing moisture to quickly evaporate, these compression shirts actually look a lot like these superheroes’ actual costumes. Just remember that these shirts are designed to fit snugly, so if you want a looser fit, you may want to order a larger size. You can find the Under Armour Men’s Alter Ego Short Sleeve Compression Shirts here.

Captain America carries an indestructible shield for protection, so what better superhero to have on a product designed to protect your iPad? Made from water-resistant fabric and featuring a plush, padded liner, this Rickshaw iPad sleeve is designed to protect Apple’s standard 9.7-inch iPad, including the iPad 2/3/4 and the iPad with Retina display models. Although the picture above features a blue/black color scheme, you can customize the look of your sleeve with a wide range of color options available for both the lining and the binding. You can find the Captain America iPad Sleeve here. 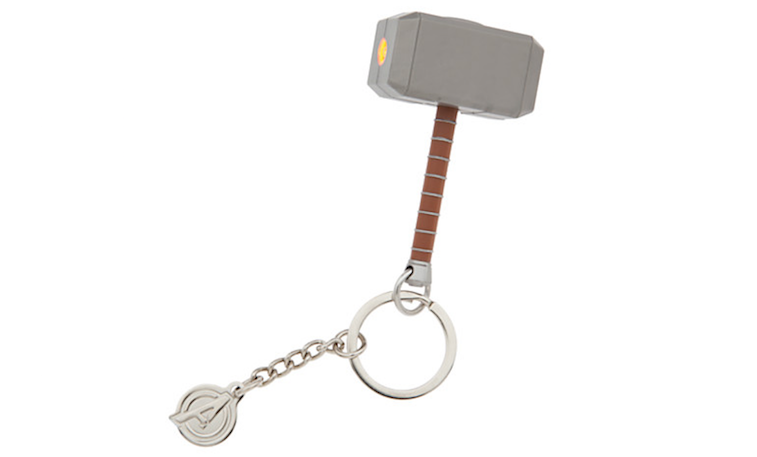 In the comics, only Thor and a few select individuals are capable of wielding the hammer known as Mjolnir. Fortunately, the hammer on this keychain is only a replica of that mystical artifact, so you don’t have to worry about being unable to lift your car keys. And while the hammer on this keychain won’t return to your outstretched hand if you happen to hurl it at a supervillain, it does have a cool light-up feature that even Thor would appreciate. Organize your keys like an Asgardian with the Thor Hammer Light-Up Keychain here.