7 Video Games Where Players Talk a Ton of Trash 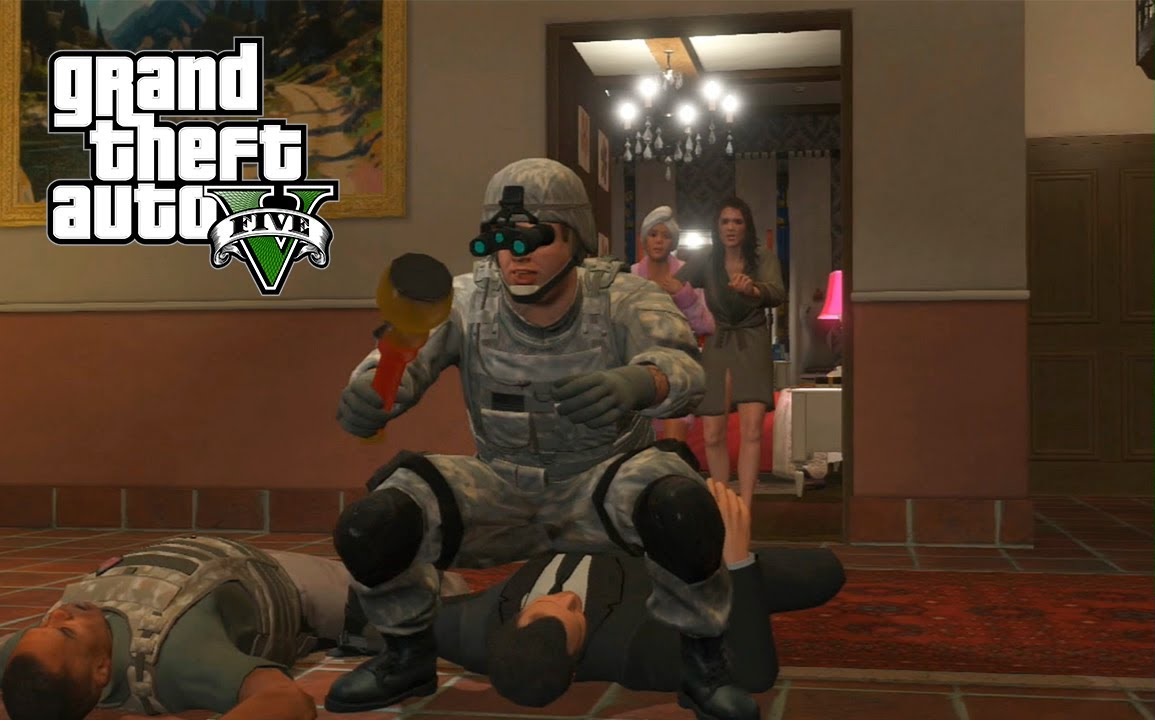 Ah, the infamous “teabag,” one of many staples of gaming trash talk. Though a virtual crotch-to-face might not fluster the most hardened veterans of online competition, there are plenty of other proven methods of antagonism that have populated games both old and new. In this list we’ll explore some of the most iconic games known for their culture of trash talk and trolling. And if you’re one of the poor souls often on the business end of the proverbial gun, our article on FPS tactics might help you out, noob.

[Note: Some of the videos may contain explicit trash talking. View at your own discretion.]

One of the pioneering trash talking experiences for screeching children, awkward teens, and agitated adults alike, Halo 2′s fundamental place in the early days of Xbox Live allowed the sci-fi epic to dominate the realm of online shooters for years. With that sort of monopoly on console gamers’ interest in shooters, Halo 2 gathered millions of players all onto one game, resulting in every strategy, vantage point, play style, and weapon choice being hotly debated.

Whether it was for a tournament cash prize or just an upgrade to your rank online, Halo 2 matches almost always provided a tense pre-match atmosphere fueled by an aggressive play-to-win mood. Not only that, even when a game started and you were seemingly locked in communication with only your team, the game’s proxy voice function made sure that the trash talk continued when within range of your enemies. Players could even create auditory sabotage in enemy bases by playing loud music or obnoxious sound effects, making concentrating on defense extremely difficult while being berated by someone growling into the mic like a rabid dog.

Much like Halo 2 in its prime, Modern Warfare was one of only a handful of games in history to garner such a huge and consistent following, from casual players to the hardcore. With such a highly populated and quickly rewarding experience, players could more often get kills and win compared to other popular franchises with steeper learning curves like Battlefield for example.

Before Call of Duty became “Kill-Streak Hunter: Digital Campfest,” the original Modern Warfare‘s winning and simplistic kill-streak formula of UAVs, air strikes, and helicopter runs kept the focus more on the gameplay between players and strategies for compact and relentlessly intense map designs. The required effort to win through teamwork led to countless disputes in lobbies over who was the best performer and who most definitely sucked, which more often than not included at least a few offensive slurs and vulgar outbursts.

Unlike many of its contemporaries, the original Gears of War further increased tension in-game with game modes that limited players to one life per round, much like the Rainbow Six series. With such high stakes at any given moment, the tense atmosphere did not lend well to those who crack under pressure at the critical moment of a headshot or crucial shotgun battle.

Not only did Gears of War‘s brutal setup reduce players to their inarguable skill or lack thereof on the scoreboard, the inclusion and subsequent expansion of the franchise’s executions of downed opponents allowed players to not only verbally abuse one another, but literally beat each other to a pulp with their fists, rifles, and all manner of blunt weaponry. Which is exactly why it’s no surprise we included Gears in our list of some of the most extremely violent games ever released.

Back before the internet revolutionized digital combat, Super Smash Bros. was the fighting game to own on the N64. Though it might not have had the brutality or complexity of a Street Fighter or Mortal Kombat, Smash Bros. had the advantage of having a roster of iconic Nintendo characters, thus drawing fans of all skill levels to test their mettle. Players’ fantasy battles, however imbalanced, could finally be realized, allowing for the Mario Bros. to take on two Donkey Kongs, or Kirby and Jigglypuff fending off Captain Falcon and Fox McCloud.

Along with the chaos of having up to four characters fighting on one stage, the game also supplied random weaponry and stage-specific interference like the Arwing strafing runs on Fox’s level Cornelia. Some admittedly cheap and hilarious strategies were inevitably developed as well, solely focused on by lesser foes who only wished to disrupt your ability to win if they couldn’t win themselves. For example, it doesn’t get much more frustrating than trying to climb back onto a level while Kirby innocently waits at the edge, only to suck you up into his gut and jump off into oblivion, killing you both. Annoying and cheap tactics paired with shared screen multiplayer are one of the ultimate hosts to trash talking.

If you want to talk about split-screen rivalries, GoldenEye always seems to occupy the minds of those who played it when it was one of the leading shooters on the N64. Though the graphics are downright laughable compared to what we’re used to nowadays, with the variety of weaponry, distinct level design, and plentiful characters to choose from, GoldenEye was and still is the definitive James Bond game.

If the awkward controls of the single analog stick and C-button combo weren’t frustrating enough, temperatures were certain to rise if someone chose ol’ Oddjob and used his small stature to their advantage, dodging most shots as they whizzed over his head. Meanwhile some poor schmuck had to struggle with the giant steel-toothed Jaws. On top of the general trash talk that comes with any local multiplayer game, contentious character choices like the aforementioned only serve to sharpen the tongue that much more.

Taking a page from Halo 2‘s book, Splinter Cell: Pandora Tomorrow also implemented the glorious feature of proximity voice in multiplayer. In a game where the entire point is to outsmart and expertly maneuver around your enemies, having the opportunity to harass your opponents before or during a confrontation led to plenty of hilarious exchanges between players.

There’s nothing better than getting the jump on your foe while sporting your best Steven Seagal impression and whispering sweet violent nothings into their ear before snapping their neck. “Psst, behind you.” Of course, as with any game with proxy voice, the feature could also be used to bait and confuse your attackers, from misinformation about player locations to feigning ignorance of your opponent’s location, only to swing around at the last moment to mow down your hunter in a spray of bullets.

Say what you will about The Division‘s balance issues or overall lack of meaningful content, the decision to include proxy voice, especially in the game’s “Dark Zone,” adds a wonderful sense that anyone you encounter may be willing to help or kill you depending entirely on how you interact with them via chat. Though proxy voice may have mostly died out with the original Xbox’s generation, The Division has revived the joyful experience of antagonizing those near you, be it friend or foe.

In a game with a large open world but few things to do, roaming the Dark Zone functions like a sophisticated game of trolling. Entire battles may be fought over a single, ultimately useless combat scarf, while wars are declared between squads over pointless disputes and issues of “whodunit.” But fear not! If you’re one of the poor souls struggling in engagements with elusive lone wolfs and relentless squads, check out our tips for The Division.