8 Authors Who Wrote Books That Were One-Hit Wonders

When an author releases his or her first best seller, it’s usually only the beginning. That hit paves the way for an author to continue releasing literary works, ensuring a successful writing career. Unfortunately for some authors, their first published book ends up being their only novel. Whether it’s due to writer’s block, an early death, or privacy wishes, these eight authors released one outstanding, best-selling novel before disappearing off the radar. 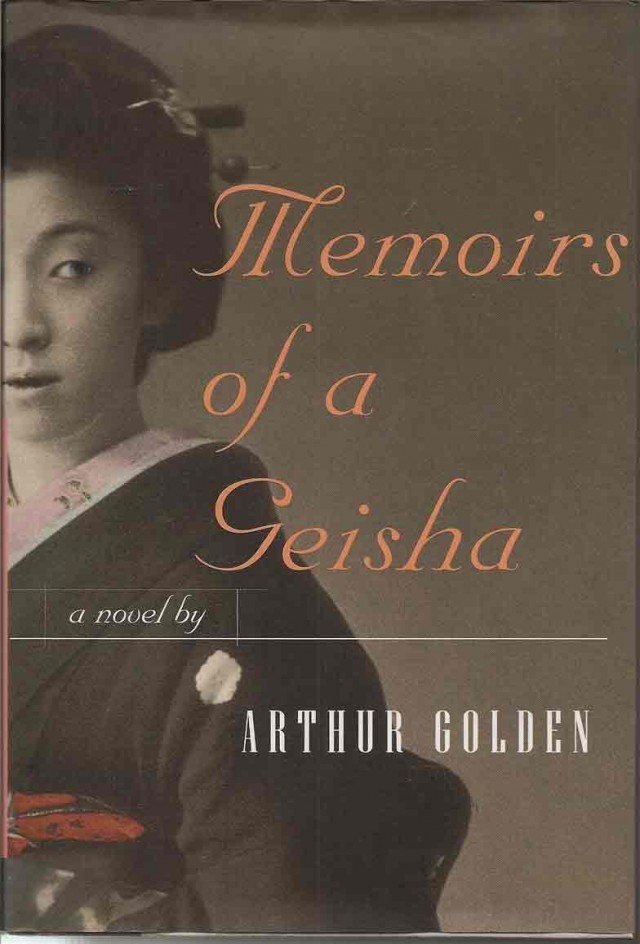 1. Arthur Golden, Memoirs of a Geisha

Published in 1997, Golden spent six years writing and researching Memoirs of a Geisha, a book that tells the story of Sayuri, a girl who is sold into slavery at the age of 9, per BuzzFeed. When this book first came out, it was an immediate hit. It spent two years on the New York Times bestseller list, selling over 4 million copies.

In an interview with CNN shortly after the book was released, Golden said he had another hit in the works: “Well, I’m working on something that has absolutely nothing to do with Japan. I finally got the book written on Japan that I wanted to write. So I’m off to another subject that’s set here in the U.S., actually.”

But while his bestseller has since been made into a movie, we have yet to see another hit from Golden. 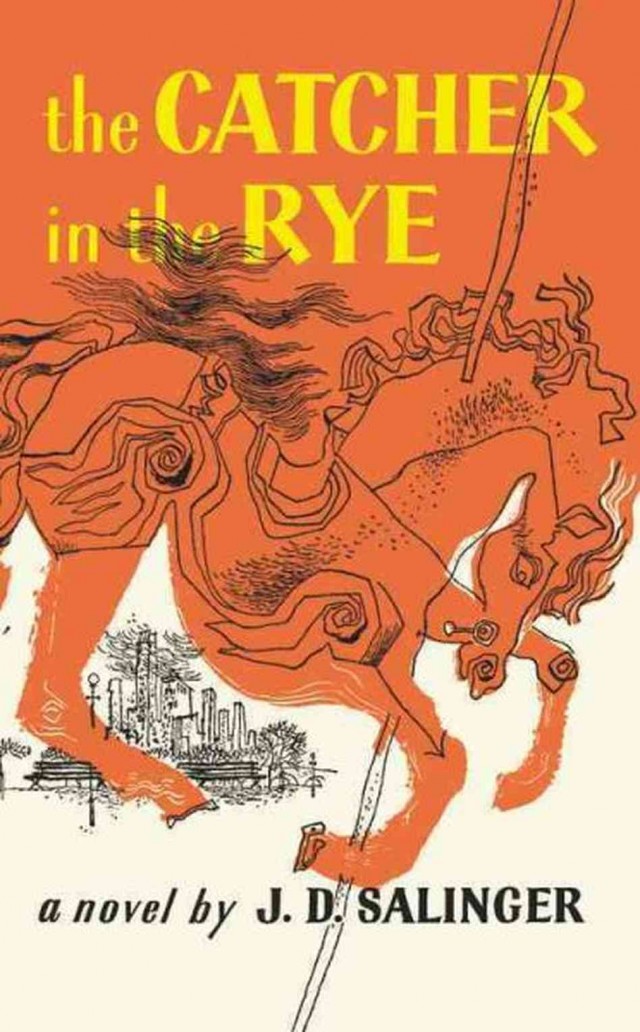 2. J.D. Salinger, The Catcher in the Rye

Salinger is well known for his 1951 novel The Catcher in the Rye, which features a protagonist that every reader has come to know and love in Holden Caulfield. Salinger’s novel has sold more than 60 million copies since it was released, according to PBS. While most people embrace fame, Salinger discovered he disliked being in the public eye. Listverse writes that his last piece of published work was in 1965, and his last interview was in 1980.

After he released his ever-so-popular novel, he followed it with three collections of short stories: Nine Stories (1953), Franny and Zooey (1961), and Raise High the Roof Beam, Carpenters and Seymour: An Introduction (1963). According to Listverse, his last published work, titled Hapworth 16, 1924, appeared in The New Yorker in 1965. The Catcher in the Rye was his one and only novel. 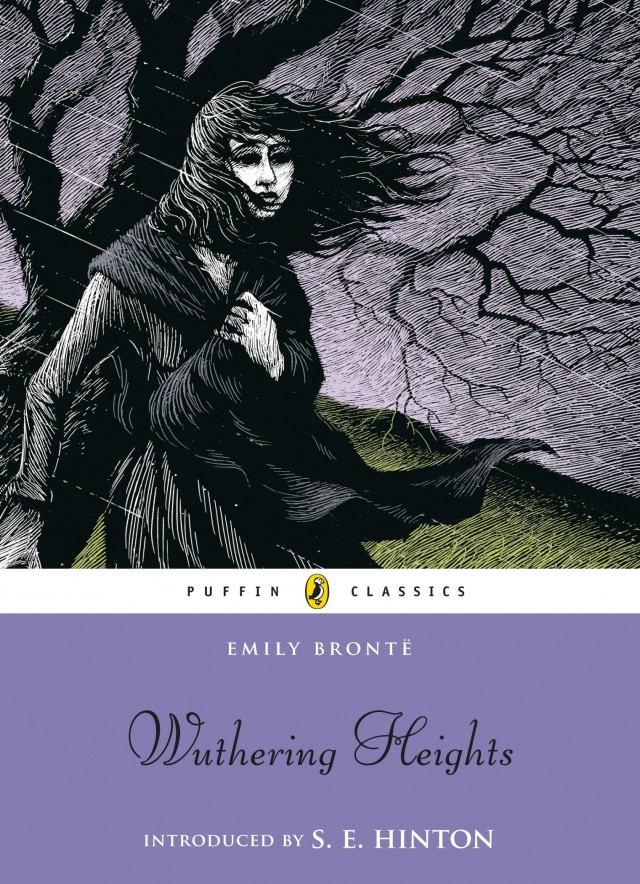 Known for her 1847 hit Wuthering Heights, Bronte’s novel is now viewed as a literary classic, ABC reports. It wasn’t always seen that way, though. Upon its initial release, the book received criticism and mixed reviews.

According to Penguin: “The novel met with harsh reactions from readers and critics who saw it as depressing and morose, and even immoral. The Examiner called it ‘a strange book … wild, confused, disjointed and improbable; and the people who make up the drama … are savages ruder than those who lived before Homer.’ Paterson’s magazine (U.S.) advised, ‘Read Jane Eyre … but burn Wuthering Heights.’”

Fast forward to today, and you’ll hear people singing this book’s praises. In 2013, Wuthering Heights was ranked 13th on The Guardian’s 100 Best Novels list. While Bronte also wrote poetry, Wuthering Heights is her only published book. 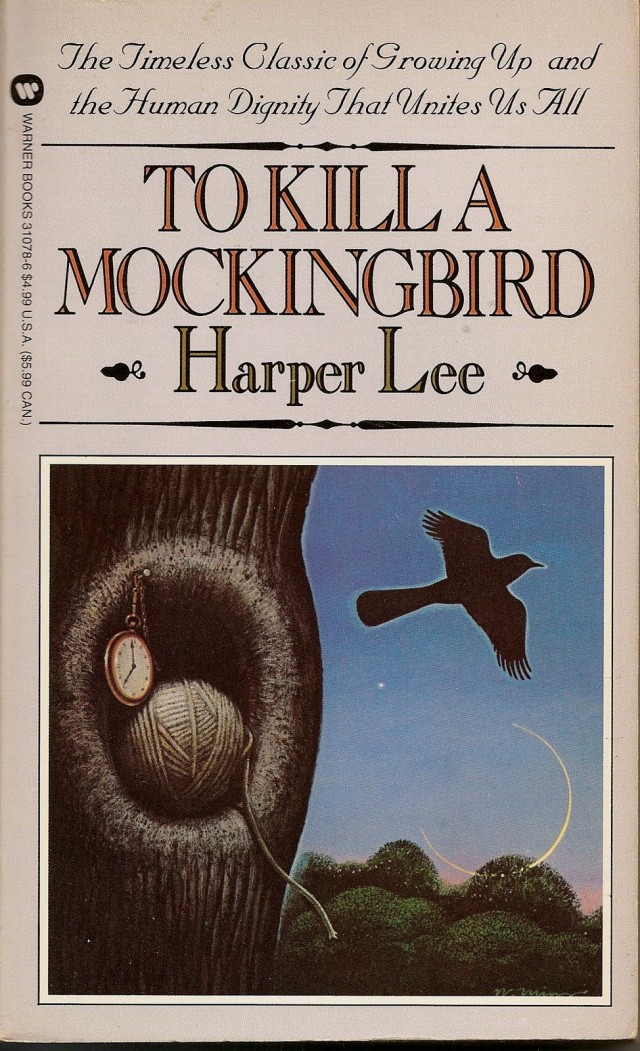 4. Harper Lee, To Kill a Mockingbird

This one-hit wonder was based on people and situations drawn directly from Lee’s childhood, beginning from when she was 10 years old, writes Mental Floss. This novel covers powerful topics, including racial injustice, class, courage, and gender issues. It was published in 1960 and was such a success that it was turned into a movie two years later. To Kill a Mockingbird won a Pulitzer Prize, has been translated into more than 40 languages, and has sold more than 30 million copies worldwide, per Powell’s Books.

Although Lee has written some short essays since then, she has yet to publish another novel. However, Lee may not remain a literary one-hit wonder for long. As reported by The New York Times, a new novel titled Go Set a Watchman is due to be published in July 2015. The new novel takes place 20 years after the events depicted in To Kill a Mockingbird. 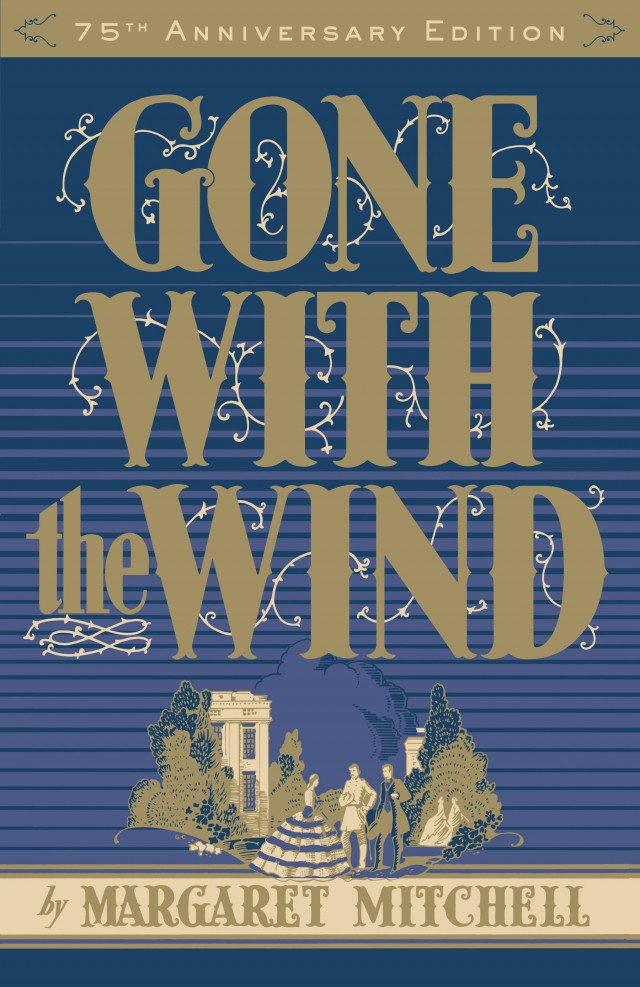 5. Margaret Mitchell, Gone with the Wind

Published in 1936, Mitchell’s Civil War-era novel is one of the best-selling books of all time, according to BuzzFeed. It won the Pulitzer Prize for fiction in 1937 and was adapted into a film in 1939. Publishers Weekly writes that Mitchell originally sold 176,000 copies of the book upon its release. By the end of 1938, it had sold more than a million copies. The book now sells an estimated 75,000 copies each year, which is a pretty solid number for a book that is 78 years old.

Why didn’t Mitchell write a follow-up to the best seller? She reportedly wasn’t a fan of the attention that came along with penning a hit, ultimately opting to not write another, according to BuzzFeed. 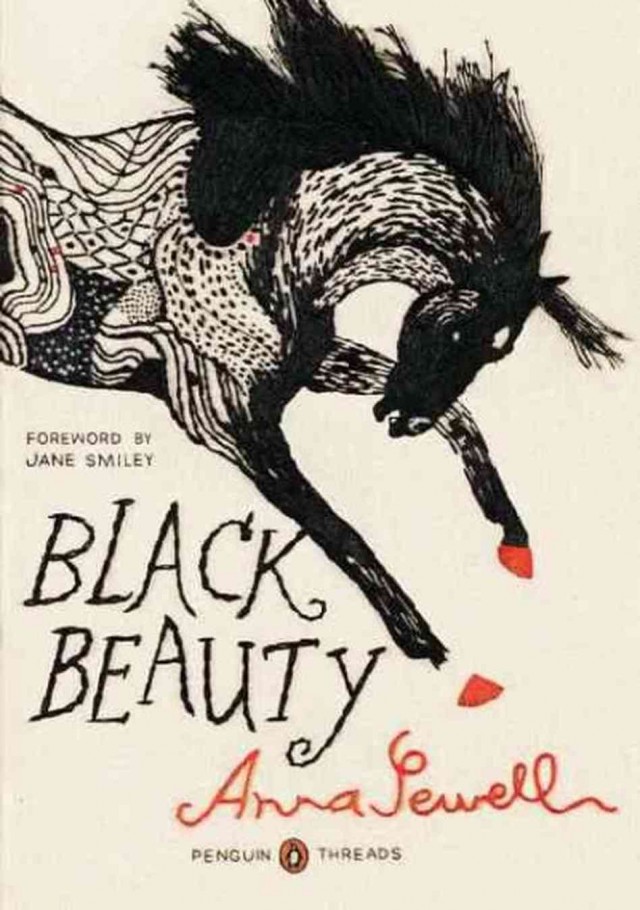 Sewell was a horse lover and animal advocate, which is, in part, why she decided to write Black Beauty, published in 1877. Sadly, her love of animals began due to unfortunate circumstances. When Sewell was 14, she fell while walking home from school in the rain, resulting in injuries to both of her ankles. Through possible mistreatment of the injuries, Sewell was unable to stand or walk for any length of time after that, writes Listverse.

She started using horse-drawn carriages, which is where her fondness for the animals began. Eventually she wrote Black Beauty, an autobiographical memoir by a highbred horse, which documents a horse’s days as a foal to his pulling cabs in London to retiring in the country. Barnes & Noble writes that more than 50 million copies of the book have been sold. While the public would have loved for Sewell to release another book, she never did. 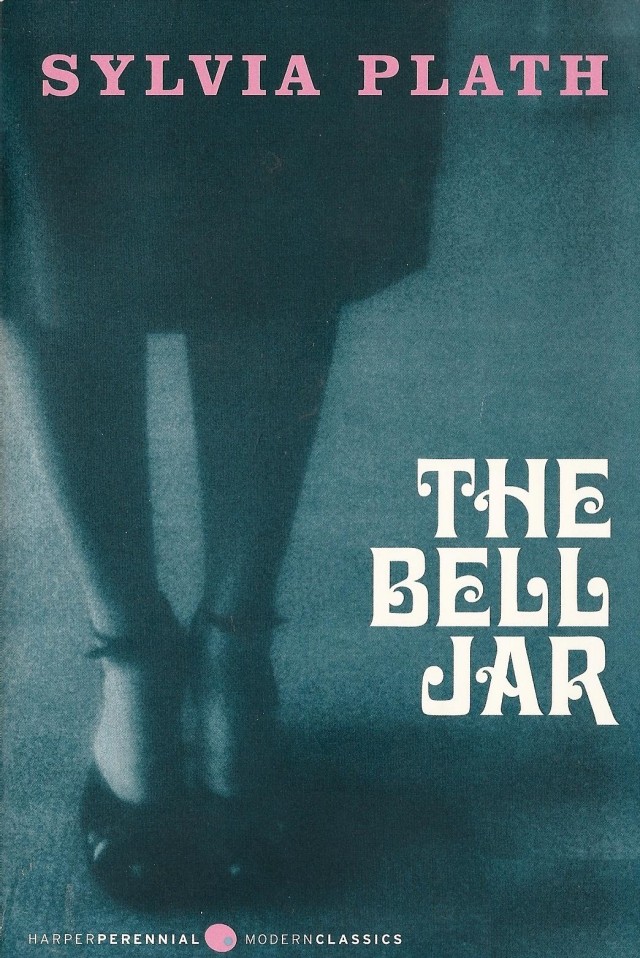 While she wrote multiple works of poetry, this is Plath’s only novel, a semi-autobiographical story of a young woman’s breakdown, per More. This novel was originally published under the pseudonym Victoria Lucas in 1963; it’s said that the protagonist’s spiral into mental illness was similar to Plath’s own experiences. Plath committed suicide a month after its first publication, writes Listverse.

How popular is this book? The Poetry Foundation writes that it has sold more than 3 million copies. This novel, however, was initially not accepted by the British press as a great literary work. “As such, it has frustrated generations of critics and biographers by refusing to be quite the great novel you’d want a great poet’s only novel to be,” per the Poetry Foundation. 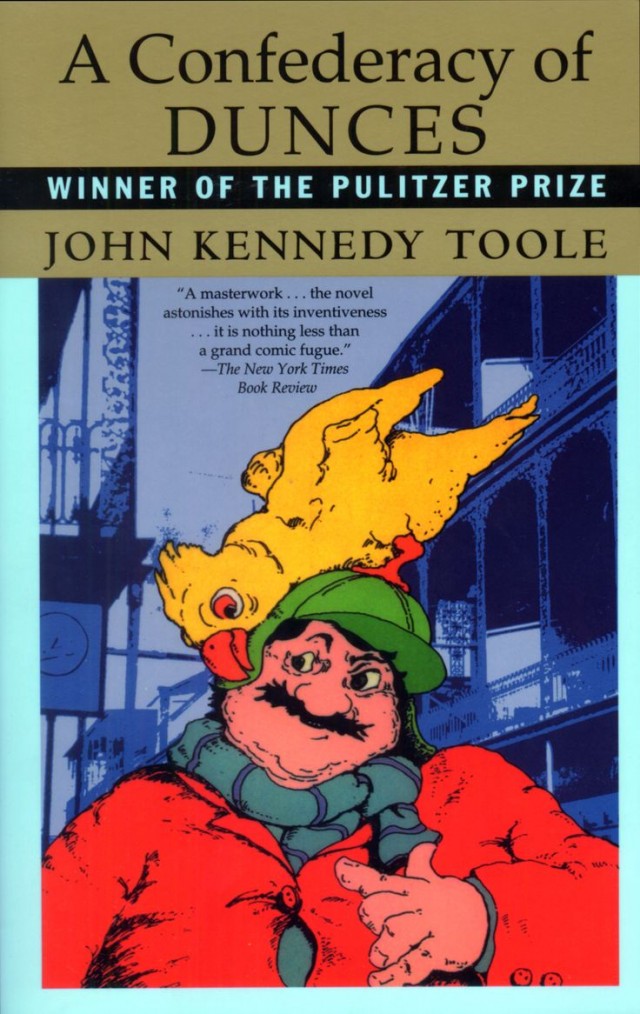 Toole was never able to get this book published himself. According to Mental Floss, A Confederacy of Dunces ended up being published in 1980, 11 years after Toole committed suicide — his mom found a copy of the manuscript and vowed to get it printed.

She enlisted the help of Walker Percy, who contributed a foreword to the book, and the pair was able to get the book published. It won the Pulitzer Prize for fiction in 1981. The novel follows Ignatius J. Reilly, a slob living in New Orleans. While Reilly still lives with his mother, he’s forced to go get a job, causing him to cross paths with a bunch of interesting characters and misfits along the way.