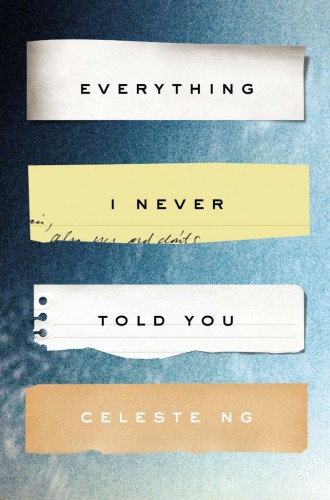 This year has seen plenty of highly anticipated book releases, including several fantastic works from first-time authors. One such example? Celese Ng’s Everything I Never Told You, which just landed the No. 1 spot on Amazon’s Best Books of 2014 list.

The novel follows the story of an Asian-American family living in the 1970s in Ohio, after the favored daughter Lydia’s body is found at the bottom of a lake. Her death pushes the grieving family into chaos, and as they struggle to find out what exactly happened to Lydia, they are also forced to confront secrets that they’ve long kept hidden. The gripping page-turner has been called “tantalizingly thrilling” and received rave reviews for its freshness and originality even before topping Amazon’s ranking. Now, it’s beat out the likes of well-known writers like Stephen King and David Mitchell to earn the top slot on the list, which is selected by the company’s editorial team based off their monthly Best Books choices.

“We loved it,” Amazon Editorial Director Sara Nelson said of the choice. “This book is a gem. It’s beautifully written, it’s pitch-perfect. … It’s a bit of a sleeper, but a beautiful one.”

But while Ng’s Everything I Never Told You is a definite must-read, it wasn’t the only introductory work to earn high critical praise this year. Several other authors also sparked a widely positive reaction with their first books. Here are eight more stunning debut novels of 2014. 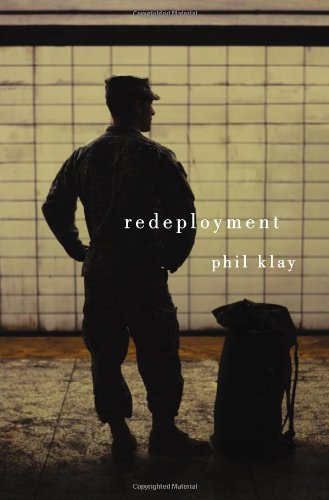 Klay’s debut short story collection brings readers to the frontlines of the wars in Iraq and Afghanistan, following soldiers both during their deployment and after their difficult return to domestic life. The stories interweave themes of guilt, fear, and survival as the characters confront the violence and isolation of war, and the struggle to adapt back to ordinary life after their homecoming. The collection received rave reviews and became both a National Book Award Finalist and a New York Times bestseller. It was also named an Amazon Best Book of the Month in March and earned a top 5 spot on its Best Books of the Year list. 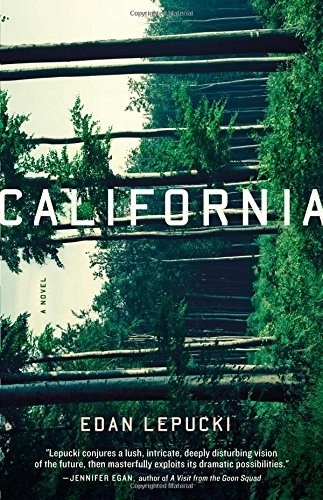 Lepuski’s first full-length novel follows a couple as they struggle to survive in a post-apocalyptic future where Los Angeles residents have been forced to escape from the devastated, crumbling city. When they stumble upon a commune, they beg the members to let them join them, all the while hiding the fact that they’re expecting. What they don’t realize is that the commune is withholding secrets from them, as well. The provocative story has earned critical acclaim for its alarmingly realistic depiction of a potential near future and became a New York Times bestseller. 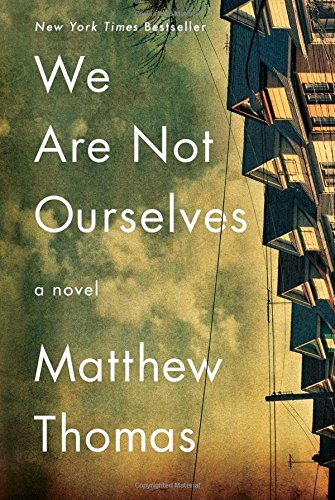 3. We Are Not Ourselves by Matthew Thomas

Thomas’s debut novel follows the story of Eileen Tumulty, who is raised by her Irish immigrant parents in Queens in the 1940s and eventually meets husband Ed Leary, a scientist who is nothing like the men she grew up with and whom she thinks can help bring her to the cosmopolitan world she longs to be a part of. After they marry, though, she realizes he doesn’t hold the same aspirations. The long-awaited novel has been called one of the best family sagas in recent history and a “powerfully moving” literary breakout that’s destined to be a breakout. Amazon named the work one of its Best Books of the Month for August and also named it No. 32 on its Best Books of the Year ranking. 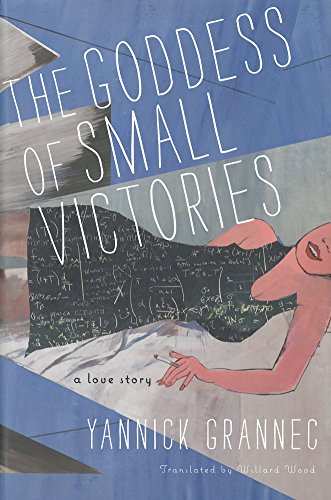 4. The Goddess of Small Victories by Yannick Grannec

Set at Princeton University in 1980, this book follows the story of a young and unambitious librarian named Anna Roth, who is assigned the task of retrieving the records of Kurt Gödel, the most fascinating and hermetic mathematician of the 20th century. To do so, she must befriend the legendary man’s widow, Adele, who Anna quickly finds out has her own, equally fascinating story to tell. Fans of historical fiction won’t be able to get enough of this novel, which has been dubbed an “intellectually challenging” and “painstakingly researched” depiction of the Gödels’ tumultuous past. 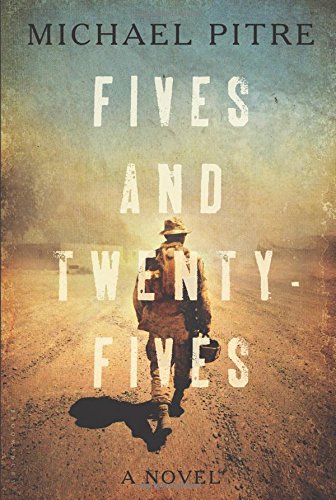 5. Fives and Twenty-Fives by Michael Pitre

Also an Amazon Best Book of the Year, this suspenseful portrait of war, influenced by Pitre’s own combat experience in the Iraq, follows a Marine Corps road crew searching for hidden bombs on the dangerous highways around Baghdad. After a catastrophic incident, the crew members return home and struggle to find a place in a world that looks completely different. Called a necessary and “thrilling, defining novel of the Iraq War,” Pitre brings a veteran’s postwar experience to life and offers commentary on America’s role as a nation in it all. 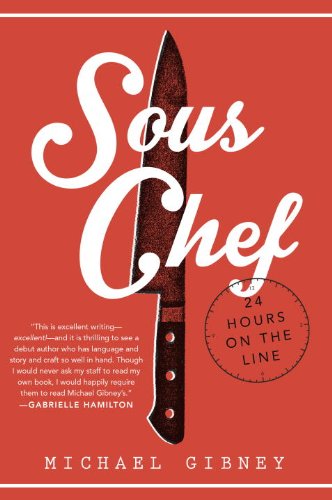 6. Sous Chef: 24 Hours on the Line by Michael Gibney

Foodies will flock to this debut novel, which plays with memoir-like elements from Gibney, who began working in restaurants at the age of 16 and assumed his first sous chef position at 22 years old. The novel gives readers a close, behind-the-scenes peek at what preparation for a single Friday night’s dinner in an upscale New York restaurant kitchen looks like — from arranging the perfect plate to coordinating with kitchen staff and many, many more details in between. At No. 89 on Amazon’s Best Books of the year, the book is sure to appeal to all of the aspiring chefs out there. 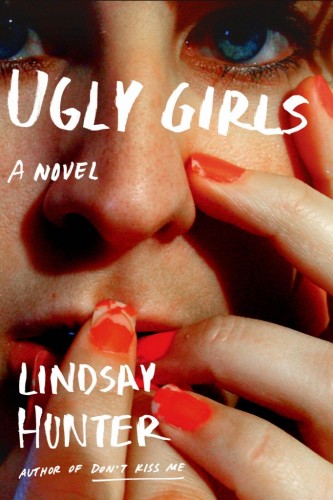 Hunter’s first novel follows the story of a pair of teenage girls, Perry and Baby Girl, who ditch school to “borrow” cars from richer neighborhoods. Other than their escapades together, though, the two share little in common. While Perry looks at their experiences as just a thrilling hobby, Baby Girl views it as an escape from her difficult home life. When both are messaged by a mysterious new Facebook friend, Jamey, tensions arise between the two. The dark novel delivers a gritty and brutally honest look at the complexities of the friendship between two young girls and has been labeled “the first great twenty-first-century novel about the dirty realities of class.” 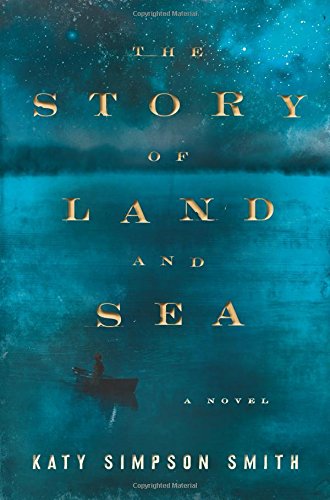 8. The Story of Land and Sea by Katy Simpson Smith

Set in a small coastal town in North Carolina toward the final years of the American Revolution, Smith’s debut novel follows three generations of family, all of which must confront issues of war, slavery, and love. In the novel, Smith is able to perfectly capture the swing between wild and utter despair through her vividly depicted characters and their struggles. A luminous depiction of the Revolutionary War, the book has been one of the best-received debuts of the year.