There are some books that would be impossible to adapt to film while remaining faithful to the spirit of the novel. Sometimes a novel’s experimental writing style makes the prose the point, so turning the plot events of the book into a film would be pointless. Sometimes there is so much going on in a novel’s plot that a feature-length film would have to cut out huge portions of the book, leaving gaping holes in the narrative. Sometimes a plot is just so experimental that bringing it to the screen faithfully would leave audiences bored or confused. Here is a list of eight great books of literary fiction that filmmakers would be best off leaving alone. 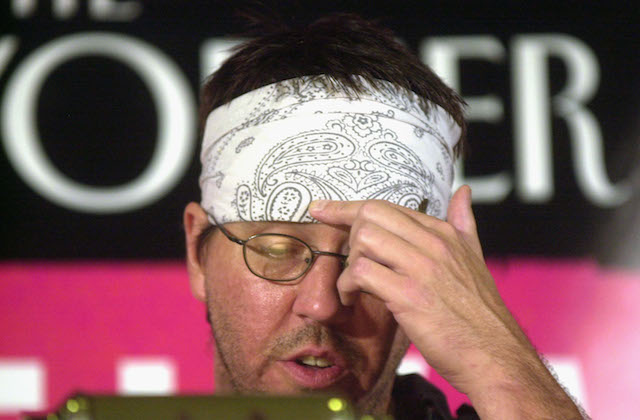 David Foster Wallace’s encyclopedic novel Infinite Jest clocks in at 1,079 pages including the book’s 388 footnotes. And that length is only the beginning of a vast litany of reasons this book could never be adequately adapted into a movie. Wallace’s prose is completely unique and very visual — how could a film pull off his frequent footnote references and w/r/t’s? Aside from the prose, part of the joy of the book is the complicated ways that various story lines intersect and learning to make those connections as you read (skipping a footnote can result in missing out on a lot). Tennis prodigy Hal Incandenza, the Wheelchair Assassins of Quebec, and most importantly the film Infinite Jest in the book are best left in the reader’s imagination. 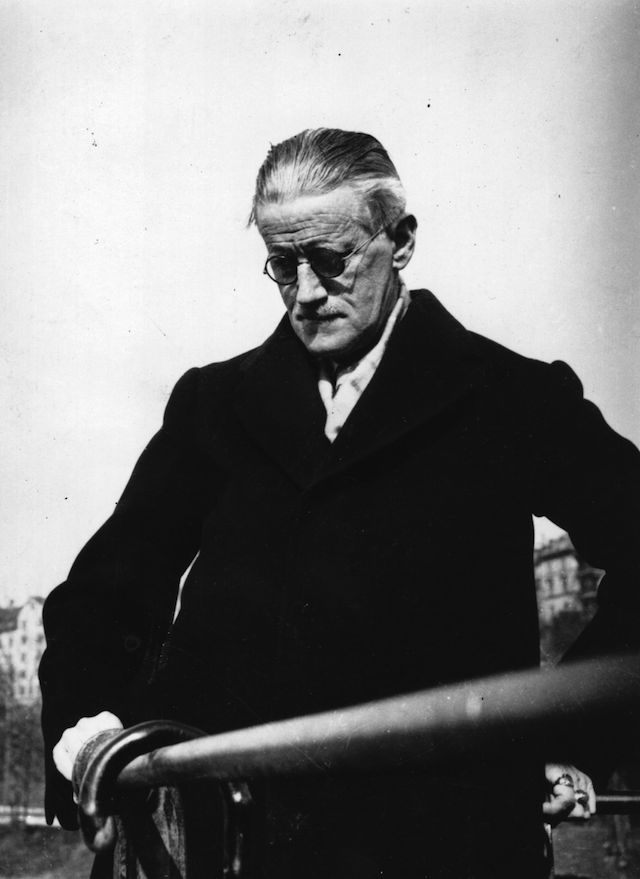 Finnegans Wake is frequently listed among the most difficult books to read in the English language. Though even the ‘English’ categorization is tricky as there are a lot of deviations from English including made-up words that Joyce created as puns and to invoke the feeling of dreaming, critics have surmised. Basically, Ulysses is a walk in the park compared to this one.

It’s taken years of critical analysis of Joyce’s final work for there to be general consensus about who the novel’s main characters are and professional bookworms have been less successful at reaching agreement on its plot. Still, it is considered by many to be one of the greatest books of English literature due in part to its radical approach. But if literary critics can’t even figure out what’s going on, filmmakers probably shouldn’t even try to write a screenplay. 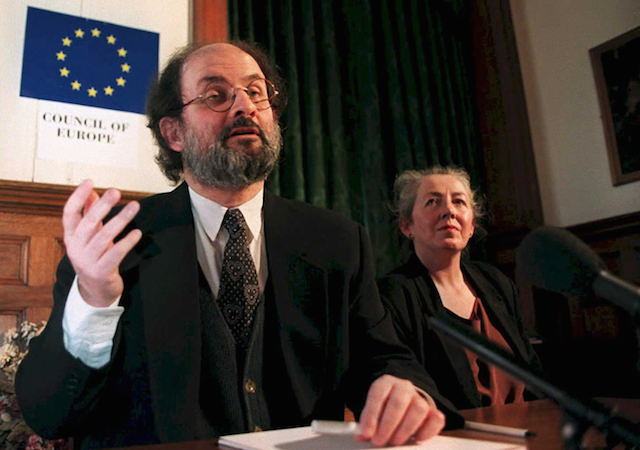 Salman Rushdie’s magical realism-influenced style would take a very sensitive hand to bring to the screen without making the events of the novel, which deals with very weighty religious topics, seem cartoonish or silly. The controversial nature of the book — which is inspired in part by the life of Muhammad and an alleged part of the Quran known as the Satanic Verses that allows for prayers to be made to three pagan goddesses — led to outrage from the Muslim community after the book’s publication. Rushdie had to go into hiding in England and be placed under police protection after several failed assassination attempts from certain members of the Muslim faith after the book was published. Another central event in the novel involves two characters who miraculously survive a terrorist attack on an airplane flying over the English Channel.

Rushdie handles the balance of magic and the controversial nature of the material he’s discussing plus multiple plot lines with skill, but it would be highly difficult for a filmmaker to pull off the same task. Plus, Rushdie himself has said that he doesn’t think a book critical of Islam like The Satanic Verses would even be published today, so it’s even less likely that a Hollywood studio would be willing to take a shot on filming such risky material. 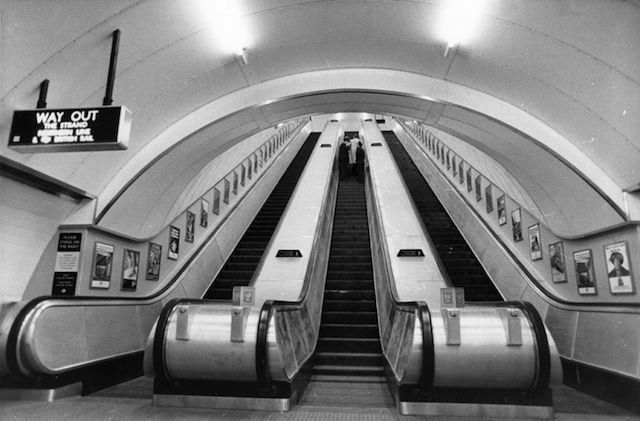 The Mezzanine’s entire plot consists of a man riding on an escalator during his lunch break at work while thinking about things like toilet paper and buying shoelaces. Does that sound like an exciting movie? While Nicholson Baker’s debut novella makes for an interesting meditation on the nature of thought and was widely praised for its focused prose style, the events of the book do not a good film make. “When somebody describes it to you it sounds stupid… Yet its 135 pages probably contain more insight into life as we live it than anything currently on the best-seller lists,” said The New York Times Book Review when the book came out in 1989. The Mezzanine is now something of a cult classic, but its lack of a plot makes it essentially un-adaptable for the big screen. 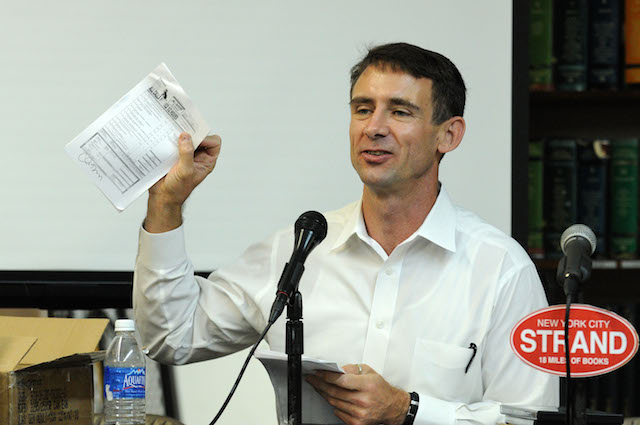 Some of Palahniuk’s work, Fight Club most notably, has and would adapt well to the screen, but Pygmy is not one of those books. Telling the story of a young boy sent from a fictional communist nation into a dystopian future version of America to carry out terrorist activities, the novel is told entirely in a bizarre pidgin English via written documents from the boy, nicknamed Pygmy, back to his home country. Aside from the language, the book is incredibly violent and sexual, meaning even pulling off an R-rating would be difficult, and it’s told mostly in flashbacks, something that would get much more frustrating to watch in a movie than to read.

A good counterexample for this argument is Stanley Kubrick’s adaptation of Anthony Burgess’s A Clockwork Orange. That book and movie both contain gratuitous amounts of violence and a bizarre English slang, set in a brutal dystopian future. The fact that Kubrick was able to make a brilliant adaptation out of a seemingly un-adaptable book is a testament to his genius, but Pygmy’s use of children as the violent protagonists would make the movie version of Palahniuk’s even more difficult to pull off. 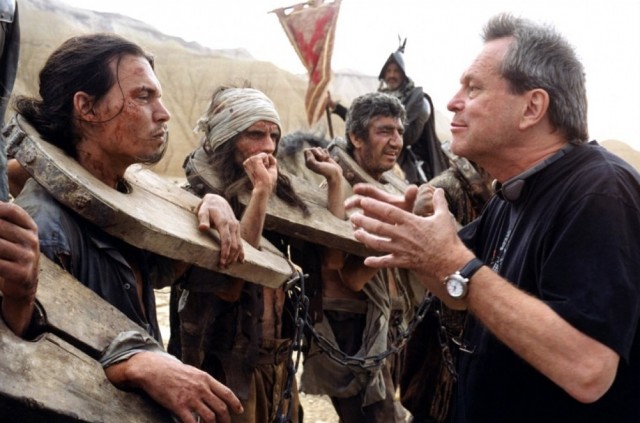 Iconoclastic director and Monty Python member Terry Gilliam has been trying to get an adaptation of Don Quixote off the ground for years, and if anyone can pull it off it’s probably him, but the novel’s length, obscene amount of dialogue, and side tangents make it one of those books that might just be too long to adapt. Quixote is considered to be one of the most important works in literary history, influencing everything that came after and being translated into more languages than any other book aside from the Bible, and the titular hero is one of the funniest characters in literature. But capturing its full breadth is something that doesn’t seem doable in a 2-hour film.

There’s even a documentary about how wrong things can go when you try to adapt Don Quixote to the screen. Lost in La Mancha is an acclaimed documentary about Gilliam’s attempts to make The Man Who Killed Don Quixote during 2000 with Johnny Depp and Depp’s then-partner Vanessa Paradis as the stars. The source material was so large that Gilliam had to create his own version of the story and the film’s delicate schedule and budget led to disaster almost immediately. Film critic Leonard Martin has called the documentary one of the best movies about movie-making.

Gilliam has said recently that his passion project The Man Who Killed Don Quixote will finally begin shooting this December, according to The Wrap, but that film is moving further from its source material and becoming a meta examination of Gilliam’s own attempt to make the movie of Don Quixote. In Gilliam’s favor, he did make the fantastic adaptation of Hunter S. Thompson’s Fear and Loathing in Las Vegas starring Johnny Depp. That book could easily make a list like this for its drug-induced hallucinations and its long ruminations on the death of 1960s culture, but Gilliam managed to make the film version work. Maybe he can work similar magic on Quixote, though it’s probably a good thing that he’s being loose with the material and not trying to go for a tricky-to-pull-off straight-forward adaptation. 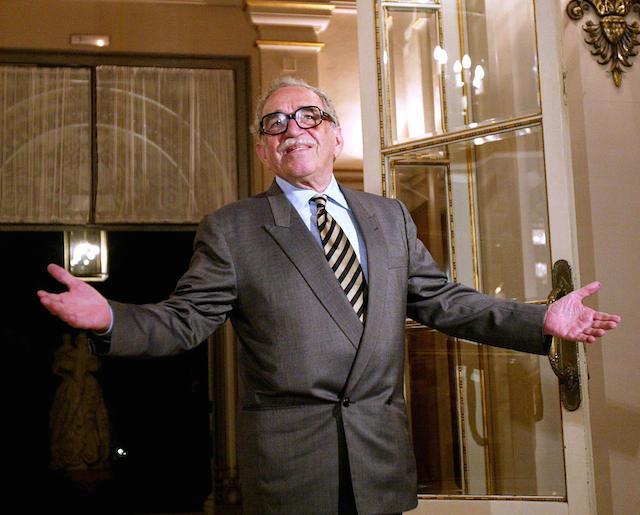 Gabriel Garcia Marquez is considered to be the founding father of the magical realism, a literary style that blends fantastic elements with straight-forward storytelling. One Hundred Years of Solitude is the author’s most famous work, telling the multi-generational story of the Buendia family living in the fictional town of Macondo in the author’s native Columbia. The book follows seven generations of the family and a central theme is the way in which history repeats itself in Macondo. With so many generations, there are a ton of characters and some editions of the book provide a family tree to help readers keep everything straight.

Marquez’s other most famous book, Love in the Time of Cholera, was made into a film, but that novel’s central romance gives it something to tie a Hollywood movie together. Plus, Marquez only allowed that film to be made due to concern about his family’s future as he aged. Before the author’s death earlier last year, he staunchly opposed a film of One Hundred Years of Solitude. When the Weinsteins approached him about making a movie, Marquez had some very restricting conditions. “We must film the entire book, but only release one chapter – two minutes long – each year, for 100 years,” Harvey Weinstein told The Independent Marquez said to the producers. As long as his estate sticks with his wishes, it looks like we’re safe from an awful adaptation of Marquez’s classic. 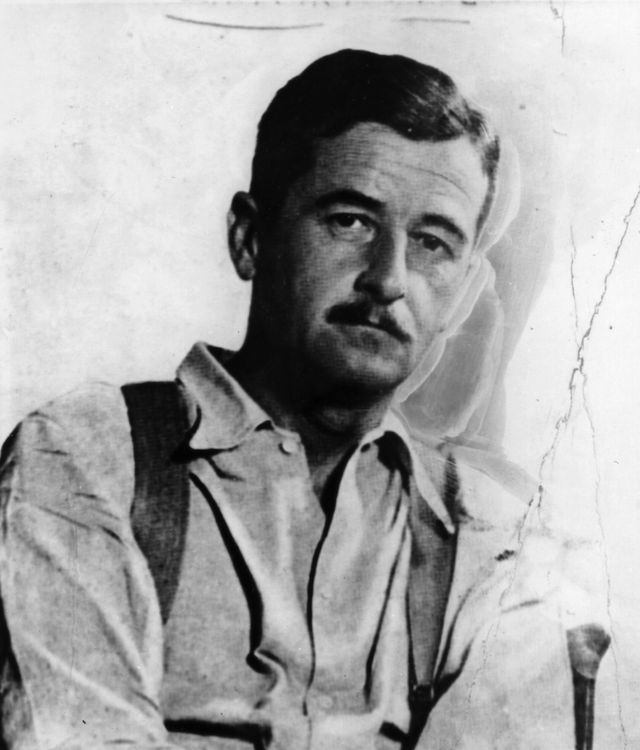 Most of Faulkner’s experimental, stream-of-conscience work would be best left off the screen and on the page, but that hasn’t stopped James Franco from trying, unsuccessfully, with As I Lay Dying. Franco also made an adaptation of The Sound and the Fury, but it was also widely panned by the critics.

Absalom, Absalom! is famous for being Faulkner’s most experimental and difficult book, with the struggles of patriarch Thomas Sutpen being told by the tortured Quentin Compson (who readers will recognize from The Sound and the Fury) and serving as an allegory for the history of the American South. The book was voted the greatest southern novel of all time, but the dense, complicated prose would be lost in a transition to film.