8 Epic Espionage Films That Blow Snowden Out of the Water 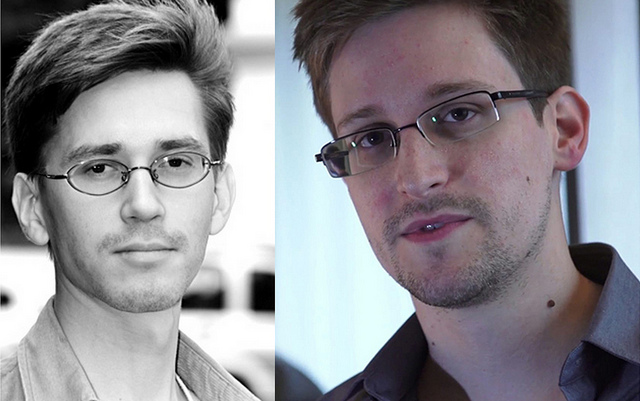 Edward Snowden has become quite the complicated persona in the American eye. He’s a hero, a traitor, a thief, a martyr, a refugee, a Russian sympathizer, un-American, a patriot, winner of the Truth Telling prize, a number of three and four letter words my editors won’t let me publish, or a champion of the free Internet. Only time will tell how he’ll go down in the history books, but for now, suffice it to say that his perception is complex. Perhaps one day in the far far future, Hollywood will recreate his story as an action flick, using a black and white pallet of moral colors and probably an actor that looks at little bit more like Brad Pitt.

Speaking of which — Hollywood knows how to make one hell of a espionage thriller. It’s probably a combination of previously mentioned good looks and simple morals dosed with a generous score of high intensity music. Nothing like a crescendo of high pitched squeals to make basically anything tense. Add the Jaws soundtrack to a goofy video of a gerbil eating a strawberry, and suddenly you’re almost certain the rodent has been poisoned or the berry is sentient. Some of these films really are well-written masterpieces with intellect to rival Snowden’s, and some are more brawns than brains, but enjoyable all the same. For a taste of both, and some supplemental film material when you aren’t reading up on NSA news, read on.

The Net (1995) stars Sandra Bullock and Jeremy Northam and introduces some of the same issues we’re still talking about today. The idea is that we’re all stored somewhere online, and a lack of privacy and a power stem from an online network. Sandra Bullock plays computer analyst Angela Bennett, who accidentally runs into government information she shouldn’t have had access too. The government then proceeds to frame her and change her identity by messing with her online information in order to black mail her into submission.

If for no other reason, The Net is worth watching just for the old fashioned technology combined with the dated expectation that viewers will be impressed with fast typing on a five by five box mac with an Ethernet chord.

Sneakers is similarly old fashioned and computer-based, proving that privacy and internet concerns have been something many have been aware of for a very long time — but lacked real investigation and consideration until recently. A team of computer experts including Robert Redford, Sidney Poitier, and Dan Aykroyd, are hired by the NSA against their wills and ensnared in a serious mess of affairs. As Cosmo, or Ben Kingsley, says in the film trailer above, “It’s not about who has the most bullets; it’s about who controls the information.” Just ask China.

Body of Lies is less a computer-based espionage film, and more a CIA and terrorist sort of film. Leonardo DiCaprio stars as an operative working with Russell Crowe as his handler who may or may not be double crossing him. It’s very much a film that questions who the good guys are, and it has plenty of that fast paced music we were talking about, with a couple of explosions to boot.

Guy Pearce stars as Roy Clayton, an FBI agent confronted with a strange international conspiracy that reaches into America itself, and a fellow agent, Samir Horn, played by Don Cheadle, who is somehow mixed up in the whole thing. “The only person he can trust. Is himself,” explains the husky voice over fellow — which seems to be a fair tagline for most espionage movies, swapping out the gender in a few cases.

A classic action flick, Mission Impossible is a familiar tale of an agent gone rogue, trying to root out the real mole in his organization before he’s caught up with. Inexplicably linked with Tom Cruise, the series had its fourth film come out in 2011 – Ghost Protocol. It’s amazing just how many times the the IMF lets its agents go off grid without permanently firing them, but it does hire good looking agents, so perhaps it’s hesitant to give them up.

6. Enemy of the State

Putting a little twist on the espionage angle, Will Smith plays your average family man, an innocent lawyer who was unwittingly pulled into a political murder plot from within the government when information is passed to him by a desperate man while he’s out buying lingerie for his wife. As he eventually points out, he should probably have bought her a watch. He’s then launched into a government chase, his family is taken, his rights are revoked, and he’s made — you guessed it — an “enemy of the state.”

Robert De Niro directs and Matt Damon and Angelina Jolie star in what is ultimately a rather dark look at U.S. intelligence and “the untold story of the birth of the CIA.” Damon plays Edward Wilson, a member of the CIA who watches the program walk the line on corruption and power, ultimately isolated by what he knows and eventually separated from his family.

With the tagline “How one man betrayed the security of a nation,” we can’t very well leave Breach off the list. The movie shows new FBI agent Eric O’Neill assigned to monitor a superior agent, Robert Hanssen, who is the government expert on the Soviet Union. While he’s told he’s watching Hanssen because he’s a “sexual deviant” it is actual in order to prove he’s a Russian spy. The two grow to have a relationship, making the ultimate betrayal that much more poignant.