Below, we look at some of the very best games that let four players team up to work together for a common goal, whether it’s to tackle an enormous monster or to build the most impressive structure you can dream up. The one thing they have in common is that playing with friends adds a lot to the experience of each of these games. 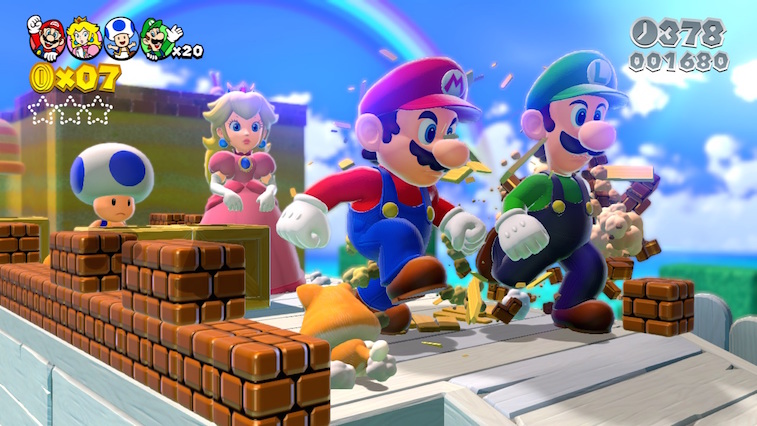 Set in the brightly colored Mushroom Kingdom, this game has you navigate three-dimensional levels, hopping on enemies, leaping over pits, collecting coins, and engaging in all manner of joyful physical activity. You can play it alone or with up to three friends to participate in some of the most madcap cooperative-meets-competitive play on any system. And in case you thought all Mario games were a cinch to beat, this one offers some of the most challenging levels yet. So grab some friends and dive in. 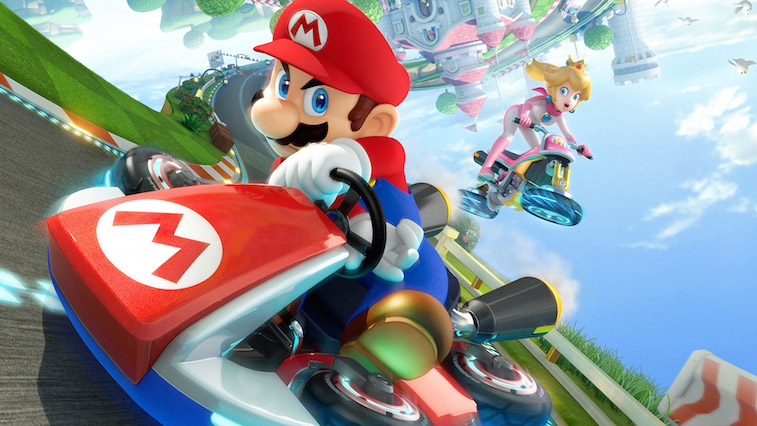 Mario Kart games have always been about cartoonishly impossible courses, a wide cast of characters, and shell projectiles you can blast at your friends just as they’re about to cross the finish line. The latest installment remains true to everything fans love about the series, while bringing it into the high-def world of 1080p graphics. And in case you’re worried it doesn’t have four-player split-screen co-op, you can rest easy: It does, and it’s magnificent. 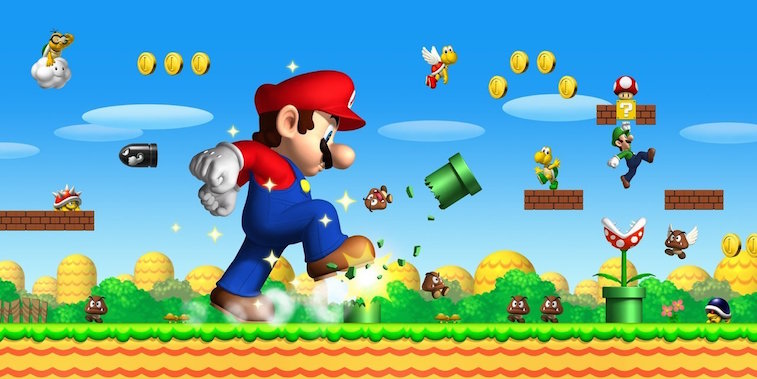 Nintendo knows what people want — and apparently, they want to run and jump through a digital world as an overweight plumber and his friends. Actually, it’s not all that surprising when that digital world is as bursting with creativity as the Mushroom Kingdom. This side-scrolling platformer recalls the good old days of early Mario games, while adding tons of new gameplay ideas to the mix. For starters, you can play the game with up to four players onscreen at once, while a fifth player uses the gamepad’s touchscreen to stun enemies and draw platforms on the screen.

4. Super Smash Bros. for Wii U 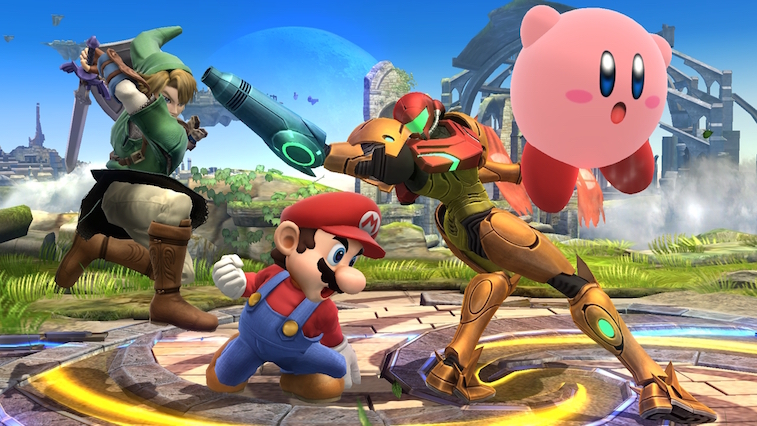 In case you’re unfamiliar with this series of off-the-wall brawlers, it’s the only place you’ll see Mario, Link, Pikachu, and Kirby pound the snot out of each other using special attacks from their own individual games. Not only does this installment support four-player matches, but it goes above and beyond, offering eight-player royal rumbles — assuming you have enough controllers for everyone. If you want a multiplayer fighting game for Wii U, look no further. 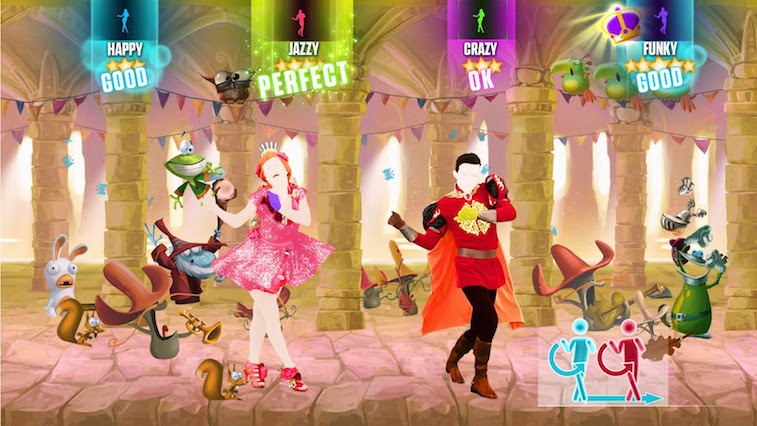 In this sixth edition of the long-running series, the goal is to perform the dance moves the game displays onscreen to the rhythm of pop songs like Rihanna’s “Diamonds” and Lady Gaga’s “Bad Romance.” Just Dance are fun to play on your own, but they reach a whole new dimension when other people join in. This game is guaranteed to get people off the couch and encourage everyone to have a goofy good time. Just make sure to clear out the breakables before people start throwing their limbs around. 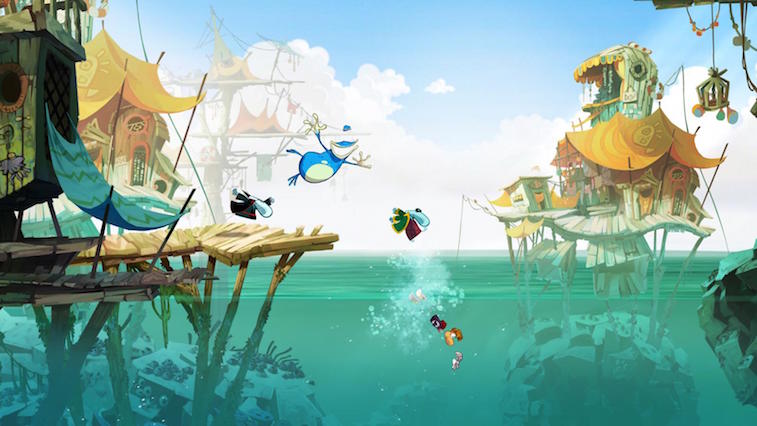 The goal of Rayman Legends is always to make your way from point A to point B, but what you’ll find in between is always equal parts bizarre and charming — whether it’s a tickle monster, a giant luchador, or the song “Eye of the Tiger” being played on a kazoo. If that doesn’t brighten your day, nothing will. Up to four players can leap around on the screen at once, creating some of the most off-the-wall hilarity to be found in any game out there.

7. Kirby and the Rainbow Curse 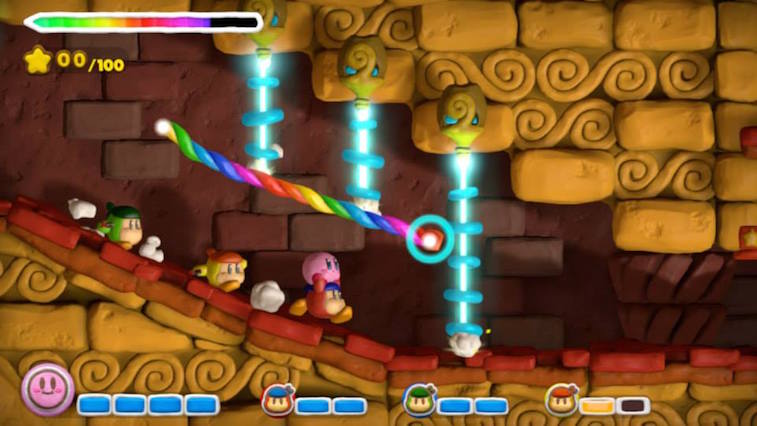 Like most Nintendo franchises, Kirby’s games have run the gamut over the years, ranging from simple side-scrolling platformers to pinball games. This time around, one player uses the stylus to draw rainbow-colored lines on the GamePad, and Kirby rolls along the route you’ve drawn. The other players control equally cute characters, who can slash away at enemies and pick up coins. If you like Kirby and don’t mind touch controls, this one’s for you. 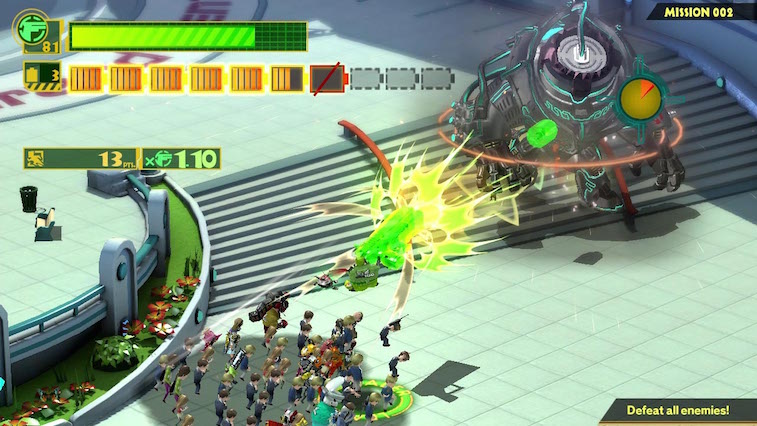 In the Mission Mode of this colorful superhero game, up to five players can join together for a frenetic dose of couch co-op. You and hour friends must work together to fend off waves of enemies by strategizing and using your unique superpowers to take them down. With an array of enemies and numerous tiers of difficulty levels, this game offers hours of multiplayer fun.