Will Smith has long since been one of Hollywood’s favorite leading men, taking on roles in everything from sci-fi action movies to rom-com flicks over the course of his career. Though several of his most recent projects have failed to take off at the box office (most notably, 2013’s dismal After Earth), Smith remains one of the most in-demand actors in the industry. His current big role is playing expert marksman Deadshot in DC’s Suicide Squad. With Suicide Squad currently setting box office records, here’s a look back at eight of his most memorable roles (in chronological order). 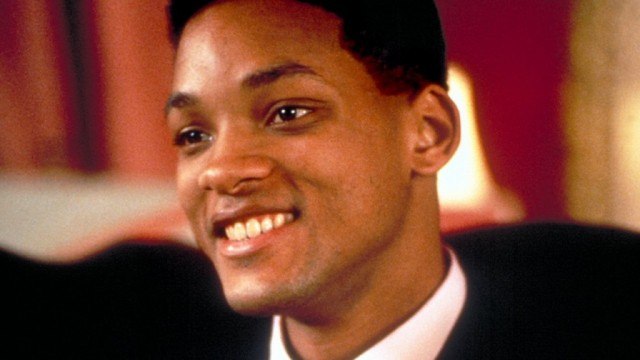 Will Smith in Six Degrees of Separation. | Source: MGM

Long before Smith made his name as a blockbuster action star, the actor took on a very different character in one of his first major film roles. In this 1993 comedy drama, Smith played Paul, a skillful con-man who charmed his way into the upper-crusted homes in New York by pretending to be the son of actor Sidney Poitier. In his hands, the character is charismatic and unpredictable – with an especially impressive, lengthy monologue about Catcher In The Rye. The role proved Smith could hold his own among a talented ensemble cast, including the likes of Sir Ian McKellen and Donald Sutherland, and is still considered one of the best performances of his career. 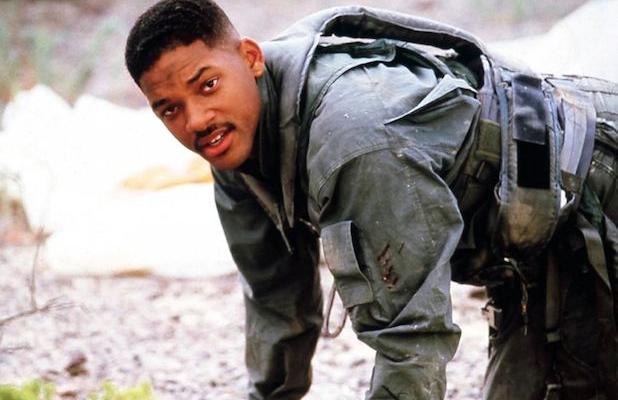 The 1996 sci-fi disaster film, which was the biggest hit of the year, still ranks as one of the most well-known and entertaining of Smith’s action hero flicks. While the movie earned mixed reviews, the actor’s wisecracking turn as pilot Captain Steven Hiller added significantly to the film’s charm. His performance went a long way to making what some critics have since labeled a “thrilling, spectacle-filled summer movie“ and “an old-fashioned, gung-ho good time.” 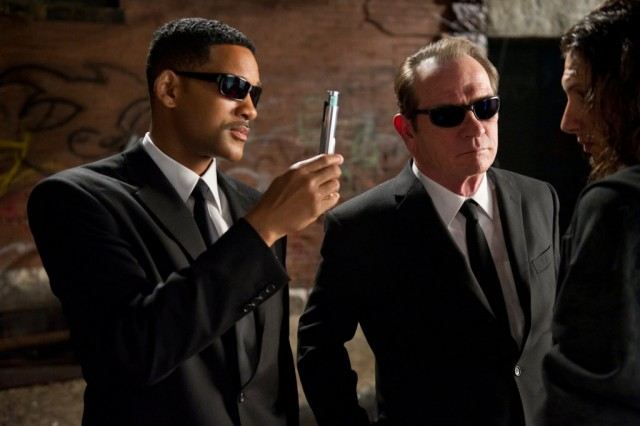 The 1997 sci-fi action comedy, starring Smith opposite Tommy Lee Jones, was both a critical and commercial success, in part thanks to charming performances from both of its leads. Smith’s natural exuberance and charisma made him an especially good match for the role of enthusiastic rookie Agent J. His portrayal played especially well against Jones’s dry humor and their goofy dynamic not only helped make the original film a hit, it also remained the most compelling factor of the eventual lackluster sequels.

4. Enemy of the State 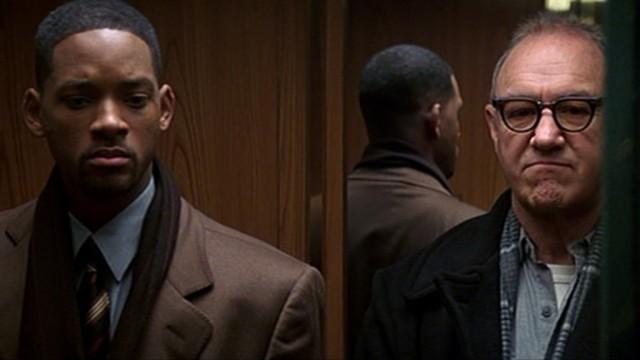 Will Smith and Gene Hackman in Enemy of the State. | Source: Buena Vista Pictures

Smith starred opposite Gene Hackman in this 1998 thriller, as an honest family man who is targeted by the NSA after inadvertently coming into possession of a politically sensitive video. In a movie packed with countless life-or-death moments, the actor is convincing the entire way, making the audience feel as perplexed and fearful as his character. Smith’s performance not only helped make for an enjoyable and entertaining thriller, it also solidified his abilities as a leading action star. 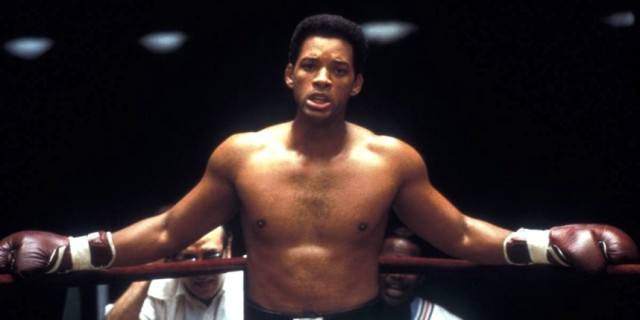 While Smith had already begun showcasing his dramatic acting chops by this point, the 2001 biographical film solidified his skills and then some. In order to take on the starring role as famed boxer Muhammad Ali, the actor gained a significant amount of weight (and muscle) and adopted some of the athlete’s mannerisms. But what makes the performance Smith’s ability to radiate Ali’s bravado, charm, and pride — all qualities that some might say the actor shares with the boxer. The skilled portrayal didn’t go unnoticed by critics, earning Smith his first ever Oscar nomination. 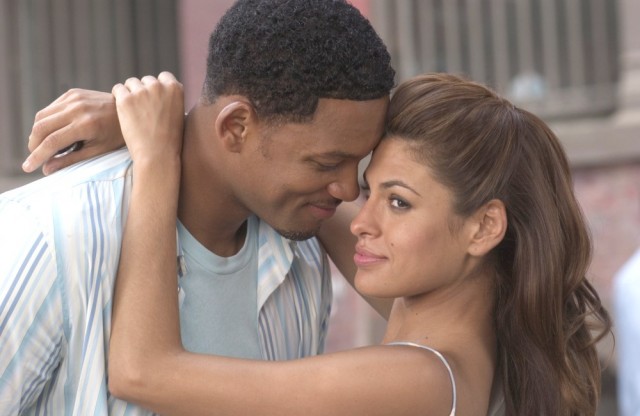 Smith’s natural charisma was put to especially good use in this 2005 rom-com, which also starred Eva Mendes and Kevin James. As the “love doctor” Alex Hitchens, the actor was able to draw on his likability, exuberating confidence, and breezy, comedic charm. Though the storyline may not be particularly original, Smith’s solid performance, combined with his chemistry with James, helped make this movie a strong entry into the genre and ended up earning the film fairly positive reviews. 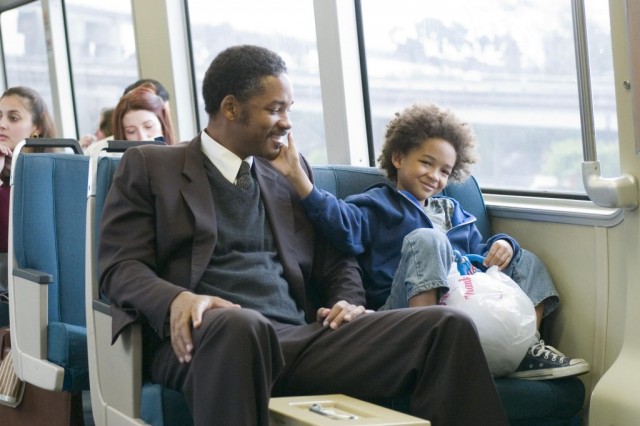 Smith earned a Best Actor nomination at the Oscars for his starring turn in the 2006 biographical drama. The movie stars the actor as Chris Gardner, a salesman who struggled with homelessness for over a year with his son (played by Smith’s real son, Jaden, in the film). Though the film itself was accused of being overly earnest at times, it was Smith’s sincere, affecting, and understated performance that gave the project its heart and warmth. His honest portrayal of a man desperately trying to keep himself and his son afloat earned acclaim not only from reviewers, but also from the real-life Gardner, who initially thought the part was miscast. 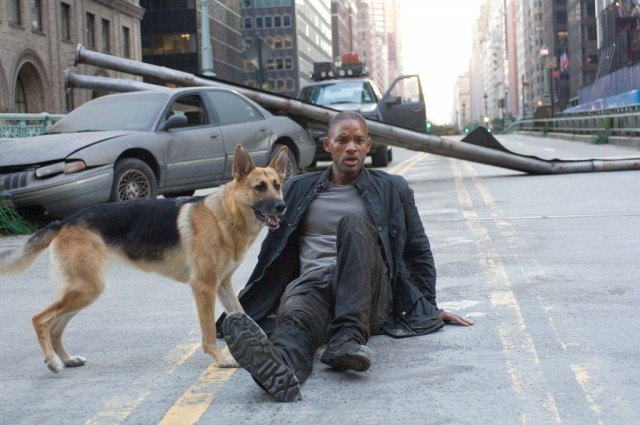 I Am Legend. | Source: Warner Bros.

The 2007 post-apocalyptic sci-fi film earned some criticism for “questionable” special effects, but it was Smith’s gripping and effortless portrayal of former U.S. Army medical doctor and scientist Robert Neville that reviewers credited for making the film succeed. The actor garnered praise for delivering a performance that captured Neville’s angst and tragic loss, while still maintaining touches of humor. His depiction of the character overcame what most considered a disastrous third act.