12 New TV Shows That May Soon Be Coming to CBS

CBS is diving into pilot season. In recent weeks, the network has ordered a variety of drama and comedy projects for potential pickup later this year. From the latest comedy produced by Tina Fey to a small-screen adaptation of Nancy Drew to Katherine Heigl’s latest TV gig, here’s a look at each of the pilots currently in the works at CBS. 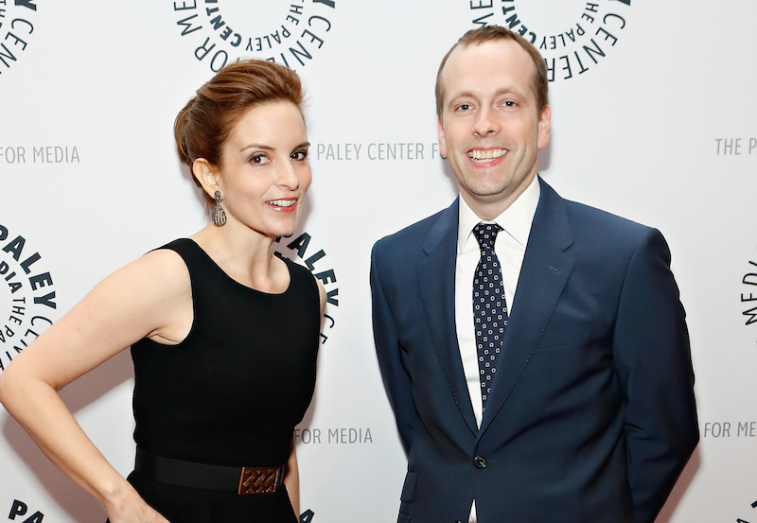 30 Rock duo Tina Fey and Robert Carlock, above, is getting into business with CBS. The network has just ordered the pair’s latest multicamera comedy, The Kicker. The show will revolve around an oddball athlete who drives family, friends, and strangers crazy after he’s unexpectedly cut from his pro football team. Sitcom vet Jack Burditt penned the pilot and will also executive produce along with Fey, Carlock, and David Miner. 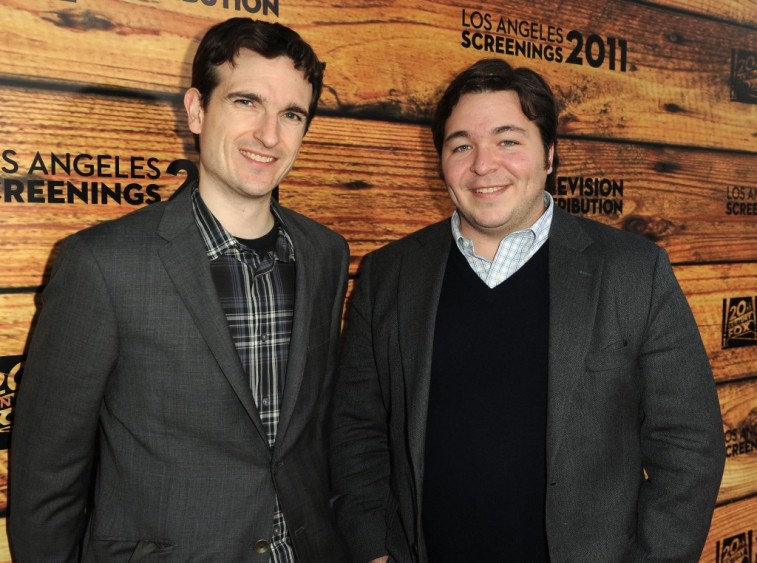 The network has ordered a pilot based on Avital Ash’s web series 7P/10E. Titled My Time/Your Time, the hybrid romantic comedy chronicles the relationship of a young couple as they begin dating long distance. Hilary Winston will pen the script and will also executive produce alongside How I Met Your Mother creators Carter Bays and Craig Thomas (above). 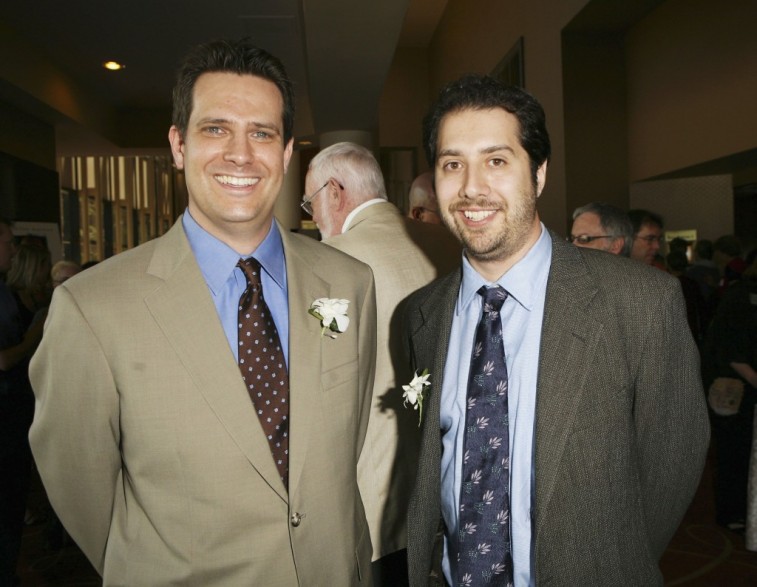 The developing series Superior Donuts is based on the 2008 play of the same name by Tracy Letts. Written by Bob Daily (Desperate Housewives, Frasier) and writing duo Neil Goldman and Garrett Donovan (Family Guy, Scrubs, Community), the multi-cam comedy will chronicle the relationship between the owner of a donut shop, his new young employee, and their patrons in a gentrifying neighborhood of Chicago. In addition to penning the script, Daily, Goldman, and Donovan will also serve as executive producers alongside Mark Teitelbaum and John Montgomery. 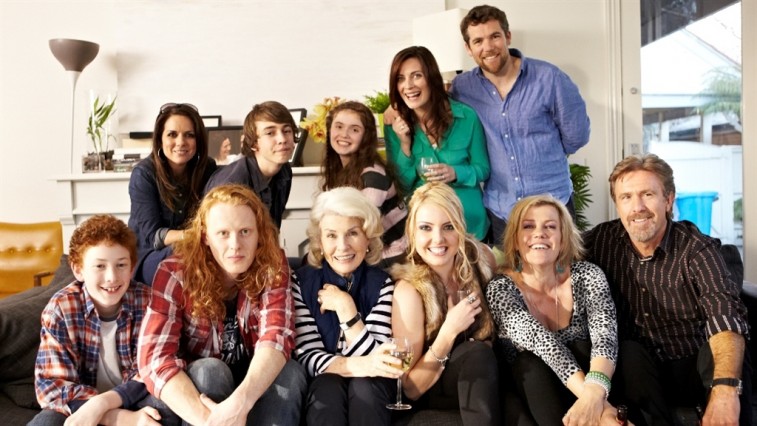 Also on the comedy side of CBS’s pilot slate is the still-untitled adaptation of Australia’s Upper Middle Bogan (above). The “extended family show” is about a wife and mother who learns she was adopted and that her birth parents are a flamboyant, but loving, family of drag-racers. Dan O’Shannon, Robyn Butler, and Wayne Hope will serve as co-writers and will also executive produce the series alongside Todd Holland. 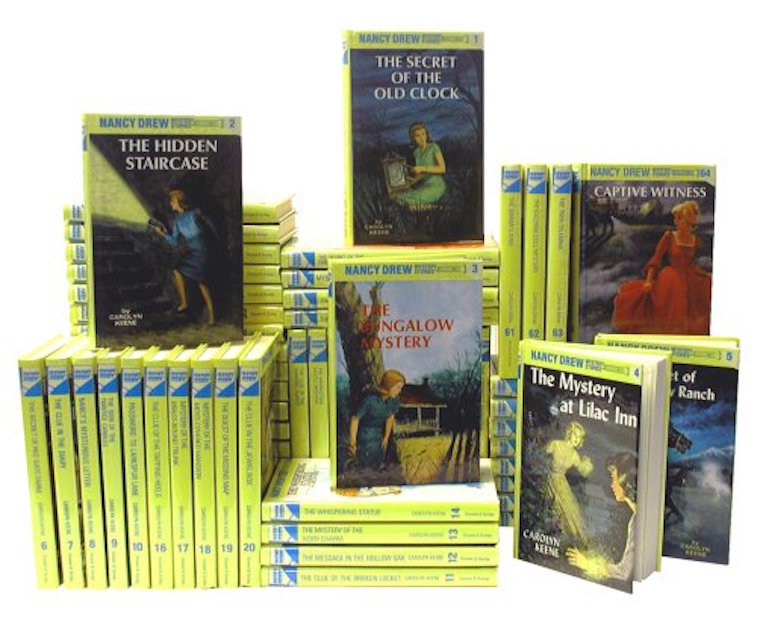 This modernized Nancy Drew drama was also recently picked up to pilot. Described as a contemporary and more mature take on the character from the iconic book series, CBS’s version will center on a diverse, 30-something title character. Nancy is now detective for the NYPD where she investigates and solves crimes using her uncanny observational skills, all while navigating the complexities of life in a modern world. Joan Rater and Tony Phelan (Grey’s Anatomy) will write the series and co-executive produce with Dan Jinks. 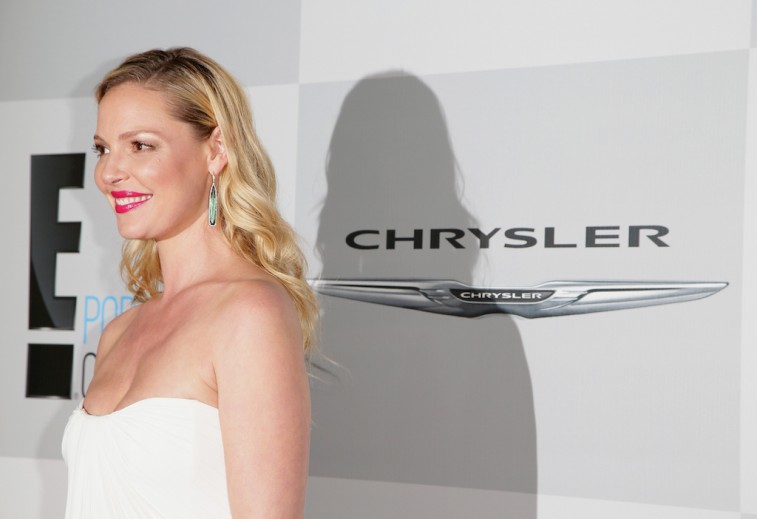 This legal drama was first ordered to pilot last year, but it didn’t make the cut for a series order this past May. After undergoing script rewrites and the recasting of several roles, the pilot is back in contention. Katherine Heigl has already been cast in the lead role of Sadie Ellis, a smart, chic, and successful defense lawyer at a boutique firm who gets romantically involved with one of her clients who may or may not be guilty of a brutal crime. The male lead, previously filled by Teddy Sears, has not yet been cast. Supporting cast members Dulé Hill, Dreama Walker, Elliott Gould, Kobi Libii, and Laverne Cox will remain on board. 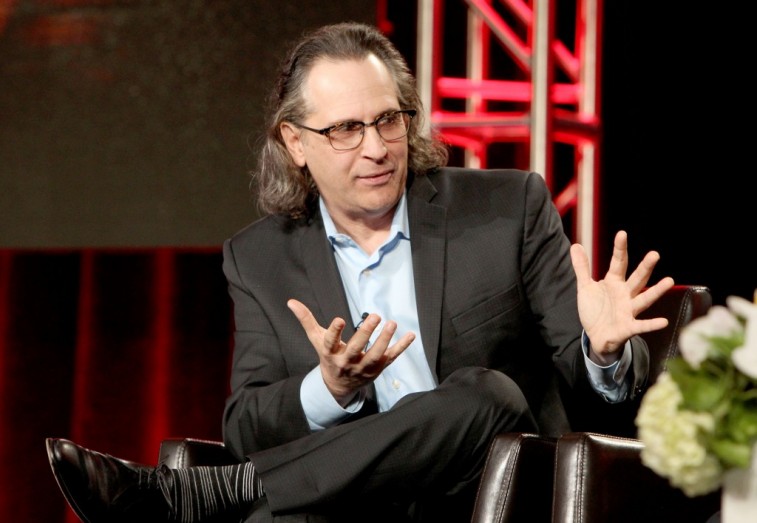 CBS recently issued a pilot order to Bunker Hill, a medical drama written/executive produced by Parenthood‘s Jason Katims, above. The project follows a young Silicon Valley tech titan who enlists a veteran surgeon with a controversial past in starting a hospital with a cutting-edge, “new school” approach to medicine. The series originated last season, but did not make it to pilot. Katims wrote a new script for the same premise and will also executive produce with Michelle Lee. 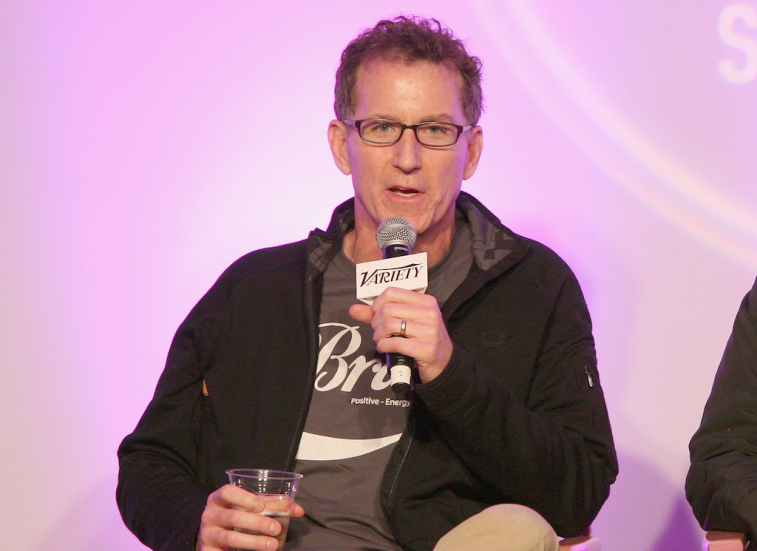 CBS has given a pilot order to multi-cam comedy The Great Indoors, from Tosh.0 co-creator Mike Gibbons. The developing series will center around an adventure reporter who must adapt to the times when he becomes the boss to a group of millennials in the digital department of the magazine. Gibbons (who previously produced The Late Late Show and The Ellen DeGeneres Show) will write and executive produce the project.

9. What Goes Around Comes Around 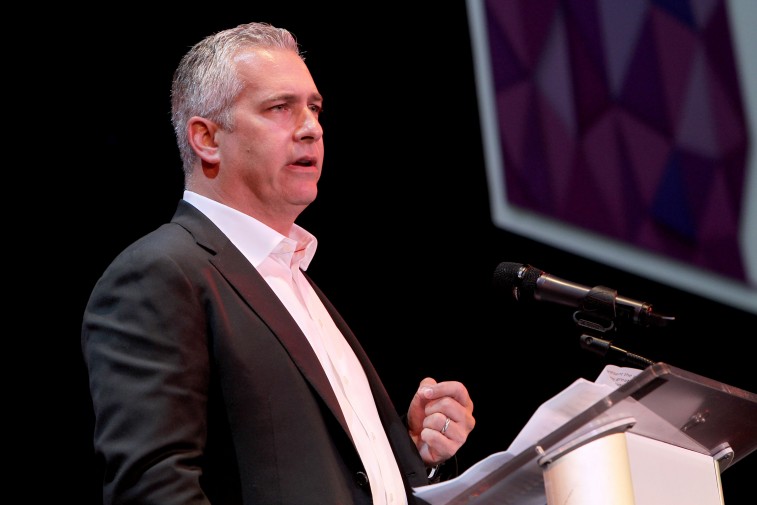 CBS has given a pilot order to What Goes Around Comes Around, a single-camera comedy from writer Dan Kopelman (Rules Of Engagement, Malcolm In The Middle) and producer Aaron Kaplan. The developing series will follow two fortysomething parents who were wild and reckless teenagers now face their worst nightmare—raising three teenagers of their own. Kopelman wrote the script and is executive producing with Kaplan. 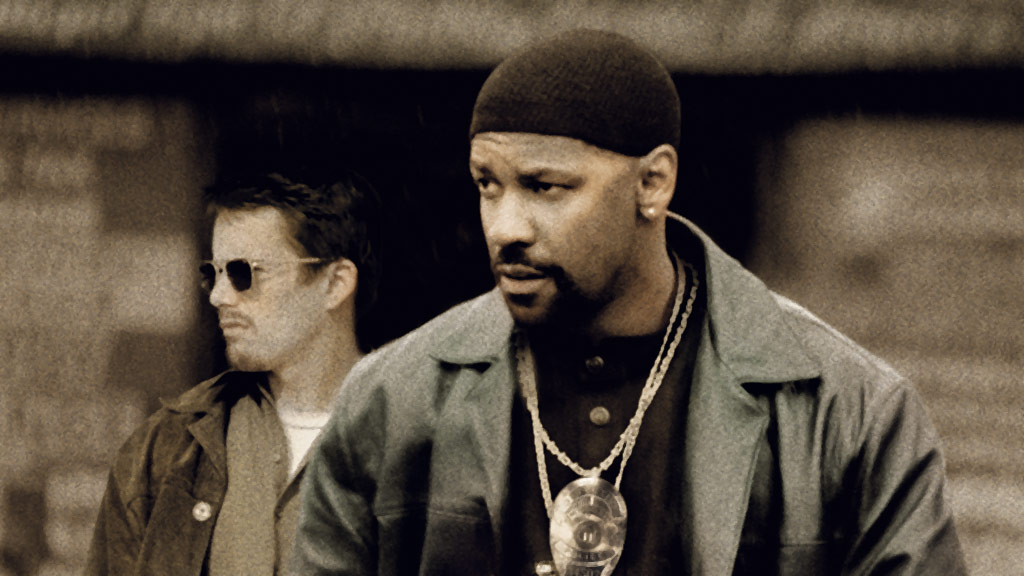 Training Day is the latest title to become a part of TV’s big remake craze. Per THR, CBS has ordered a pilot for a small screen reboot, based on the original 2001 movie starring Ethan Hawke and Denzel Washington. Though no specific plot details about the small screen adaptation have been released, the developing series will reportedly take place 15 years after the movie, centering on the LAPD of 2015.

Former LAPD detective, Will Beal, is on board to pen the pilot. Meanwhile, Antoine Fuqua, who directed the original feature film, has signed on helm the pilot, as well as executive produce. 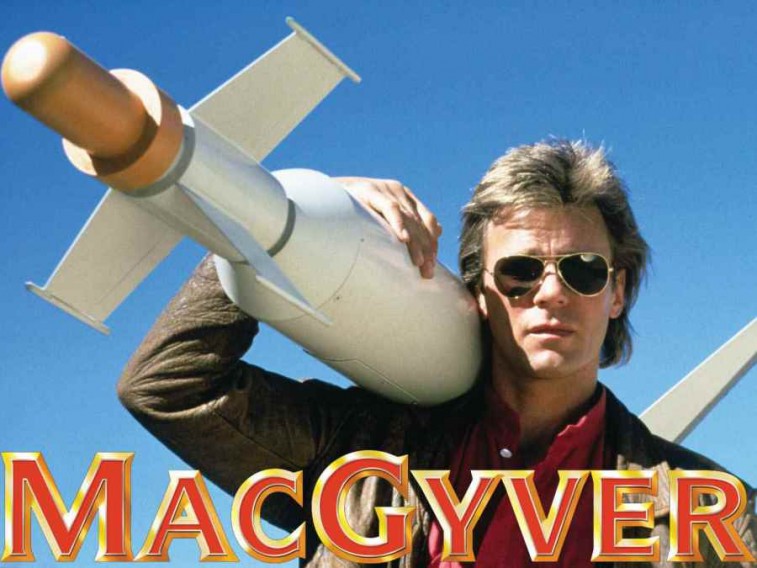 The network has officially greenlighted its pilot adaptation of the Richard Dean Anderson-starring television series of the same name. This reimagining will follow a 20-something MacGyver as he gets recruited into a clandestine organization where he uses his knack for solving problems in unconventional ways to help prevent disasters from happening. Paul Downs Colaizzo will pen the script. Meanwhile, Henry Winkler, who executive produced the original series, is on board to serve in the same capacity alongside James Wan. Wan (Aquaman, Mortal Kombat) will co-executive produce and also direct the pilot. 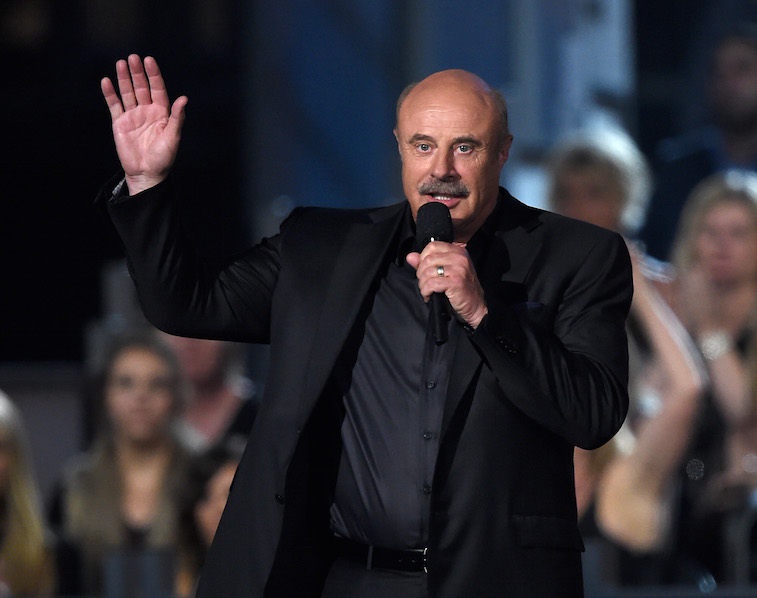 CBS has ordered a pilot for the developing drama based on the early career of Dr. Phil McGraw. The show will  explore his days as head of one of the most prolific trial consulting services of all time. Paul Attanasio (House) will co-write the script with McGraw. The duo also will executive produce alongside McGraw’s Stage 29 Productions and the talk-show host’s son, Jay McGraw, as well as Amblin Television’s Justin Falvey and Darryl Frank.