The deluge of video game releases continues this week as we get closer to the always-busy fourth quarter of the year. It seems like big games are launching left and right nowadays, with recent titles like Metal Gear Solid V: The Phantom Pain and Super Mario Maker filling people’s gaming time over the past few weeks.

The well hasn’t run dry yet. This week continues this trend, with major releases for fans of just about every genre, from first-person shooters to sports games and everything in between. Here are our picks for the eight biggest games launching the week of September 14.

For such a high-profile game, Destiny got off to a relatively rough start when it launched almost exactly a year ago. The game’s thin story took heat from critics, as did the leveling system, which changed into a time-draining grind once players reached level 20. Previously, leveling up beyond 20 required players to find specific pieces of gear. But because gear drops are randomized, you could spend hours playing and re-playing through the same mission, hoping for a lucky drop.

Thanks to a major 2.0 update and the release of the meaty Taken King expansion, the game is about to become a lot more friendly to players. With a tighter focus on story and a totally revamped leveling system, the second year Destiny experience is shaping up to be the game many players hoped it would be originally. To celebrate the start of year two, developer Bungie is releasing Destiny: The Taken King Legendary Edition, which comes with the core game and every expansion released to date. This is the edition to buy if you’re looking to get started in Destiny.

If you’re in the market for a racing game, you probably won’t find a better one than Forza Motorsport 6 this fall. Developer Turn 10 Studios has been delivering some of the best racers ever made in recent years, with the core Forza Motorsport series of realistic racing sims and the more arcade-style Forza Horizon series.

Forza Motorsport 6 comes with over 450 cars and 26 tracks, 10 of which are new to the series, including Rio de Janeiro, Daytona, and Watkins Glen. There’s also a major focus on weather this time around, with night and rain effects that not only look realistic, but that also affect the driving physics — just like in real life.

There are two big names in the world of soccer video games: Fifa and Pro Evolution Soccer. While the two trade off team licenses depending on which one negotiates better in any given year, they’re both solid realistic representations of the sport.

This year’s PES (as it’s often abbreviated) features a number of tweaks and additional features over its predecessors. The animations are more realistic, and you have more control over your team when they have the ball, thanks to additional dribble options for players with the proper skills. They’ve also added a slew of new celebrations for when you score, including player-specific victory poses. The pre-release consensus seems to be that Fifa still has the edge this year, but PES is narrowing the gap. Keep an eye out for reviews.

Like PES 2016 above, the latest installment of this NHL video game franchise favors small tweaks and improvements over major changes. This time around, EA spent a lot of time focusing on the multiplayer experience. Whether you’re interested in 6 vs. 6 Online Team Play or Couch Co-Op, you have more options for playing with friends than ever before.

They’ve also put work into all of the popular single-player modes. In GM mode, for instance, you can be a team’s general manager, recruiting players, dealing with their demands, and tending to teammate relationships. In the new Be a Pro progression system, your skill attributes develop as a direct reflection of your play style. And just like every year, you can still take a single team through a full season’s worth of games, adjusting the balance of the team as you go. 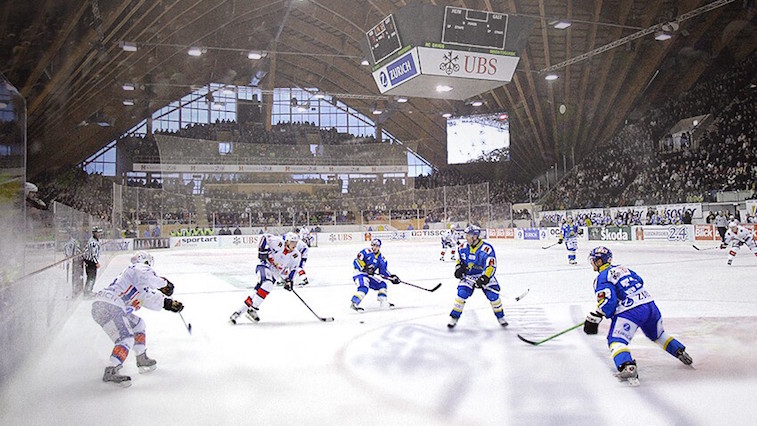 The majority of EA’s work on the NHL franchise went into the PS4/Xbox One game above, but that doesn’t mean previous-gen console owners will be out of luck if they want a hockey game this season. NHL Legacy Edition takes the best bits and pieces of the previous nine games in the series and remixes them into something that we hope is greater than the sum of its parts. If nothing else, at least the game has updated rosters and team schedules for the new season.

If you’re looking to spend hundreds of hours in a video game world, you could do much worse than pick up this collection of turn-based strategy games. The Disgaea series is known for quirky humor and gameplay that’s deeper than the Atlantic Ocean. The games aren’t for everyone, with their steep learning curve and off-the-wall characters, but for the right type of gamer, they scratch an itch nothing else can.

Bundled together here are three PS3 games that launched between 2008 and 2013: Disgaea 3: Absence of Justice, Disgaea 4: A Promise Unforgotten, and Disgaea D2: A Brighter Darkness. The only catch is that fans of the series had better play through them fast, because Disgaea 5: Alliance of Vengeance lands on PS4 on October 6.

The Senran Kagura series is unique in several ways, but most noticeably in its focus on large-breasted ninja fighters. It’s a pretty standard beat-‘em-up game at heart, with lots of enemies to pummel into the ground. But the developers put a big (and I mean big) emphasis on bouncing breasts, which the camera zooms in to highlight. And if that’s not enough to sell teenage boys on the game, their clothes rip off as they take damage.

It’s not a game you’ll want to play in public, but early reports suggest that the fighting gameplay is actually pretty solid and fun.

When it comes to free-to-play strategy games, developer Wargaming is one of the leaders in the field, thanks to its most famous game, World of Tanks. On September 17 the company will release another similar game that brings the military action out to sea.

World of Warships is a massively multiplayer online naval battle sim that puts you in charge of some of the most notable warships in history. The game has four classes of ships, each with loads of upgrades you can get by playing the game or spending real-life cash. Once you’ve souped up your battleship, you can troll the oceans, looking for enemies to test your mettle. It’s a free game, so if it sounds like fun there’s no reason not to download it.