8 of the Greatest Funk Albums of All Time

Soul music, jazz, rhythm, and blues all came together to create one hell of a danceable groove in the influential funk genre that emerged in the 1960s and, in many ways, came to a creative peak all throughout the 1970s, even as it was often unfairly associated with the inferior strain of pop music called disco. Disco mostly faded away, but the great funk albums endure to this day and left an undeniable impression on music history. These are the albums that showed the world the power of a groovy bass line and a lot of creativity could do.

Beginning with the weepy, transcendental 10-minute guitar solo of its title track, the greatest album from George Clinton’s goofy, self-mythologizing collective of funk musicians then lightens up considerably for the reminder of its 36 minutes, but every track is an equal demonstration of Funkadelic’s silly brand of musical genius, wherein every element of the band is jamming unpredictably yet perfectly beneath a flurry of group vocals about everything from hitting and quitting it to the tragedies of the Vietnam War.

2. Funkentelechy Vs. the Placebo Syndrome by Parliament

George Clinton’s other band of funk pioneers, Parliament, is often difficult to distinguish from Funkadelic, but this album, its too-often overlooked magnum opus, is plenty different from Maggot Brain, if only by virtue of the length of most of its songs. The many eight-minute-plus tracks don’t feature a solo as towering as Maggot Brain‘s title track, but they provide a better showcase for the band’s impeccable jam dynamic, as the layers of vocal hooks, kooky sound effects, and infectious riff keep piling on top of each other in interesting and, of course, funky ways. All of it is in service of a loose concept concerning the “placebo syndrome” of consumerism and disco music — funk’s commercialized, sanitized, and whitened evil twin.

Funk has plenty of roots in jazz music, but that didn’t stop visionary jazz musician Herbie Hancock from infusing the two genres together once more for one of his greatest works, the jazz-funk masterwork that is Head Hunters. The album’s four songs all build compelling grooves out of unlikely instrumental noises like blowing into a beer can, sound effects and afro-beats that become the foundation for the jazzy improvisation that Hancock and his band, also dubbed Headhunters, so excelled at.

Curtis Mayfield’s brand of politically conscious soul-funk music wasn’t the least bit dulled on this soundtrack for a blaxploitation film that often takes a backseat to this album’s blend of instrumental and lyrical compositions that paint an affecting portrait of life in the crime-ridden, drug-infested ghetto. Standout songs like “Pusherman” sound like perfectly conceived visions of timely frustrations underscored by interesting compositions that deftly combine bongos, horns, bass and much more.

In the late ’60s, The Meters brought the brassy, bassy grooves of New Orleans’ second line bands to mainstream attention with a debut album of funk instrumentals that need no lyrics to get your body moving and a melody stuck in your head for hours on end. Before they moved to more traditional songwriting, having honed their band dynamic through years of live performance and playing as a backing band, the band’s self-titled debut relies primarily on its members’ own improvisational skills to record songs that chugged along with infectious rhythm and impressive fluidity.

6. Pieces of a Man by Gil Scott-Heron

In some ways, Gil Scott-Heron fits into the same mold of socially and politically conscious funk music popularized by Marvin Gaye and Curtis Mayfield, but in many other ways, the songwriter pushed his music and his message further into potentially-alienating songs that still feel exciting and radical more than four decades after its 1971 release. The lyricism borders on spoken word poetry much of the time, backed by funky bass lines that range from delicate to confrontational and jazz improvisation that sounds perfectly at home with Heron’s openhearted crooning and angry proselytizing. 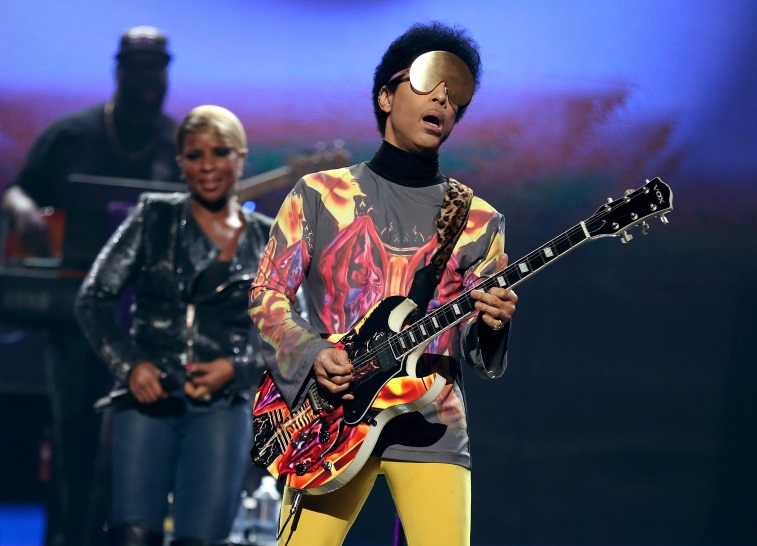 Unlike the disco artists of yesteryear, Prince brought funk into the mainstream without dulling the musical creativity that makes every groovy bass line and humorous vocal hook feel so revolutionary and fun. The Minneapolis singer-songwriter didn’t shy away from the artificiality of his drum-machine-based sound of the infectious hooks of his soul-infused rock music, but the electrified funk sound and the combined use of repetition and innovation with each repeat retained the ’70s roots of his brand of funk pop. Who can resist such danceable, hooky masterpieces as the title track or “Little Red Corvette”?

8. There’s a Riot Goin’ On by Sly and the Family Stone

With the dawn of the 1970s, Sly and the Family Stone moved away from the psychedelic energy of the previous decade and pioneered a quieter, more somber sound that matched the new one. There’s a Riot Goin’ On isn’t bursting with energy like previous efforts from this influential group of musicians, but rather with a more studied, even intelligent form of long-form songwriting, laid-back jamming that only reveals its surprising complexity with repeat listeners, and a lyrical mix of pessimism and optimism for the future of black society in America.