8 Rom-Coms on Netflix to Keep the Holiday Spirit Burning

Romantic comedies often get a bad rap, but Valentine’s day put us in a good and romantic mood, and we don’t want to let it drop. Luckily, there are plenty of good options currently available on Netflix. Here are eight funny and romantic films to stream and keep the holiday spirit going (in no particular order). 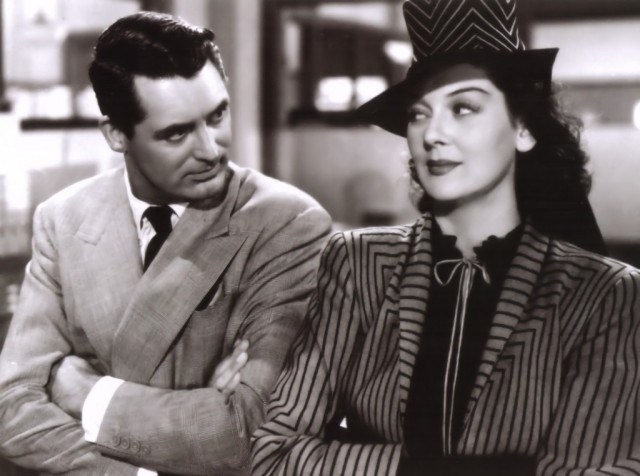 The classic 1940 screwball comedy stars Cary Grant as Walter Burns, a heartless newspaper editor whose favorite reporter Hildy Jones (Rosalind Russell) also happens to be his ex-wife. Burns goes to all lengths to try to win Hildy back before she ties the knot with her reliable but dull fiance. Directed by Howard Hawks, the movie is jam-packed with witty one-liners that make it as funny today as it was when it was first released. 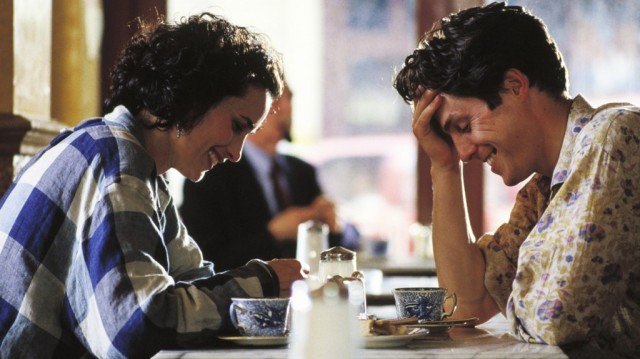 2. Four Weddings and a Funeral

“Elegant, festive and very, very funny” is how The New York Times first described the movie at the time of its release in 1994. And that description still stands today. The Oscar-nominated film follows lovable Englishman Charles (played by Hugh Grant), a man who seems to be unlucky in love until he meets a beautiful American named Carrie (Andie MacDowell) at a wedding. Carrie returns to the States, but they continue to cross paths over the course of — you guessed it — a handful of nuptials and one funeral, making Charles believe that they are meant to be together, even if their timing is always off. Written by Richard Curtis, the film is still considered one of the most popular British rom-coms of all time. 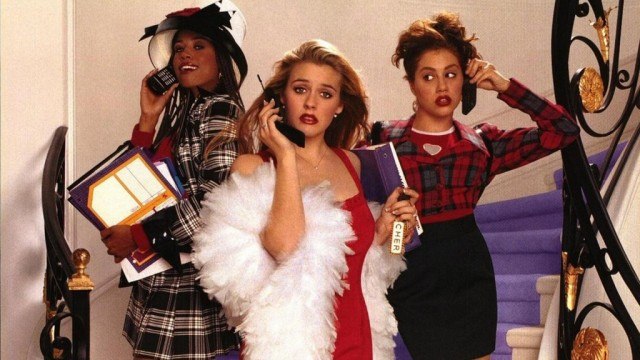 Take the social structures of Jane Austen’s English society and place them against the backdrop of Beverly Hills in 1995, and you’ve got this classic. Alicia Silverstone stars as Cher, a shallow, rich, and popular queen bee who decides to give a new student Tai (Brittany Murphy) a makeover. When Tai becomes more popular than she is, Cher realizes that her disapproving ex-stepbrother (Paul Rudd) was right about how clueless she was about herself, and her feelings for him. With the ‘90s fashion and Silverstone’s hilarious teenage vernacular (“As if”), you can’t help but chuckle at this movie, no matter how many times you’ve watched it. 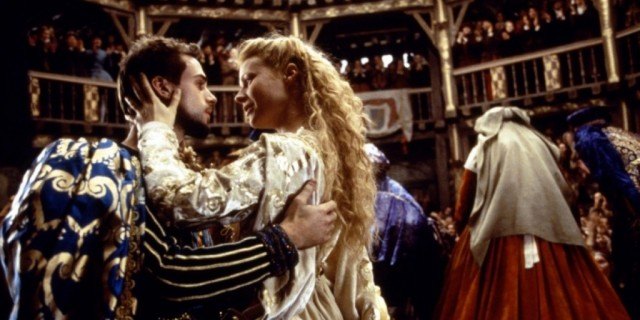 The 1998 British-American romantic comedy-drama film directed by John Madden depicts a fictional love affair between Viola de Lesseps (Gwyneth Paltrow) and a young playwright William Shakespeare (Joseph Fiennes) while he was writing Romeo and Juliet. Several characters are based on historical people, with much of the dialogue and plot also alluding to Shakespeare’s plays. The film (which won seven Academy Awards, including Best Picture and Best Actress for Paltrow) is romantic and sweet, but like most great plays, also inarguably witty. 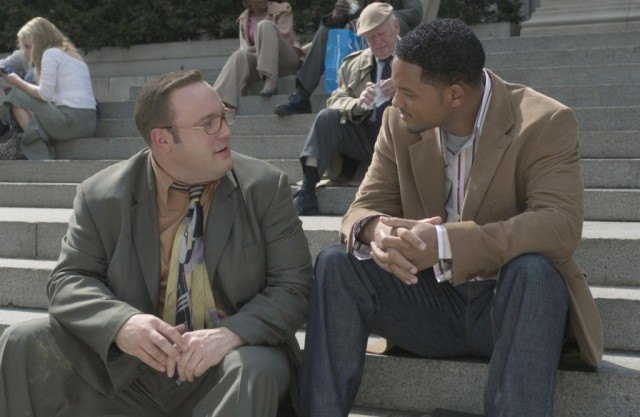 Will Smith stars as “love doctor” Alex Hitchens, a man who has built a successful business helping shy guys snag the woman of their dreams – like Albert (Kevin James), who hopes to win the heart of the glamorous Allegra Cole (Amber Valletta). At the same time, Hitchens faces his own romantic setbacks when his usual techniques fail to impress Sara Melas (Eva Mendes), a tabloid reporter who quickly discovers Hitchens’ connection to Albert and Allegra.

While the film isn’t exactly unpredictable, it still features plenty of funny moments (like Hitch having an allergic reaction during what’s supposed to be a romantic date) and remains one of Smith’s most popular comedies to date. 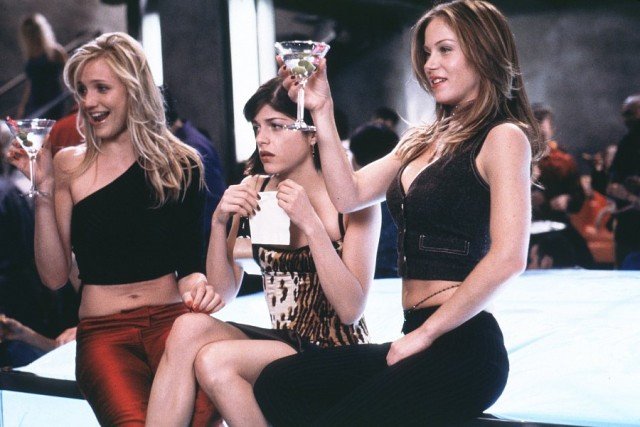 The 2002 comedy starring Cameron Diaz, Christina Applegate, and Selma Blair, would still fare well in theaters today, with a tone that’s more Bridesmaids than your typical rom-com. Full of sex-themed gags and raunchy jokes, the film is as much about the friendship and great chemistry between the three leading ladies as it is about the blossoming relationship between Diaz’s character Christina, and the man she’s pursuing (Thomas Jane). 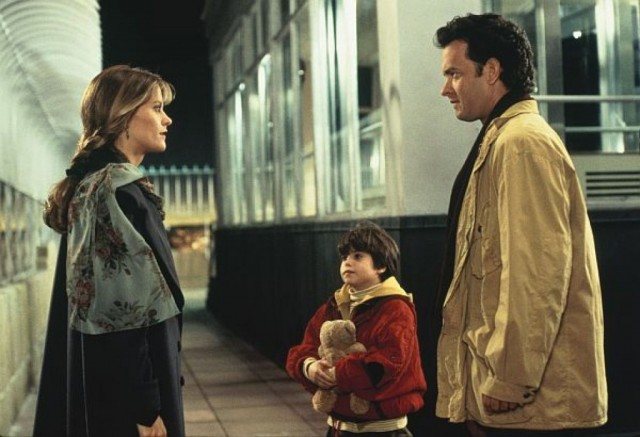 A romantic comedy list wouldn’t be complete without a Nora Ephron-directed flick. Sadly, Netflix is lacking in its Ephron collection, with only two films by the famed director available for streaming: this one and Bewitched (and we all know how the latter went). Of the two, Sleepless in Seattle is the obvious classic, and for good reason.

The Tom Hanks-Meg Ryan combination is more irresistible than ever in this film, which stars Ryan as Annie Reed, a reporter in Baltimore who falls for widow Sam (Hanks) after hearing him speak of his late wife on the radio. The movie, labeled “the hippest, frankest and funniest date movie around” at the time of its debut, has become a touchstone for many viewers, both within the rom-com genre and otherwise. 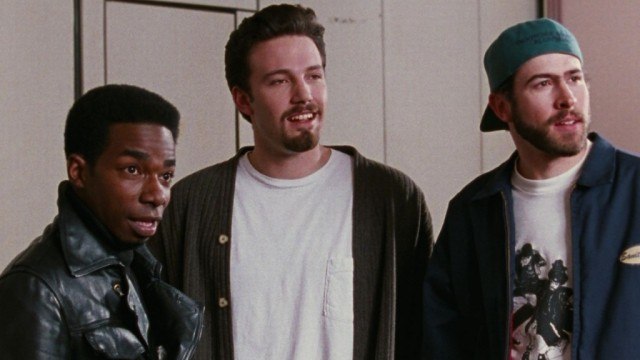 A hilarious and sexy romantic comedy-drama that manages to defy genre stereotypes, Chasing Amy is the perfect film for those who like their romance with a little edge. Directed by Kevin Smith, this 1997 indie follows cult comic-book artist Holden (Ben Affleck) as he meets and falls in love with fellow comic book artist, Alyssa, who also happens to be a lesbian. His feelings put a strain on his longtime friendship with best friend Banky (Jason Lee).