8 of the Worst Sci-Fi Movie Remakes Ever 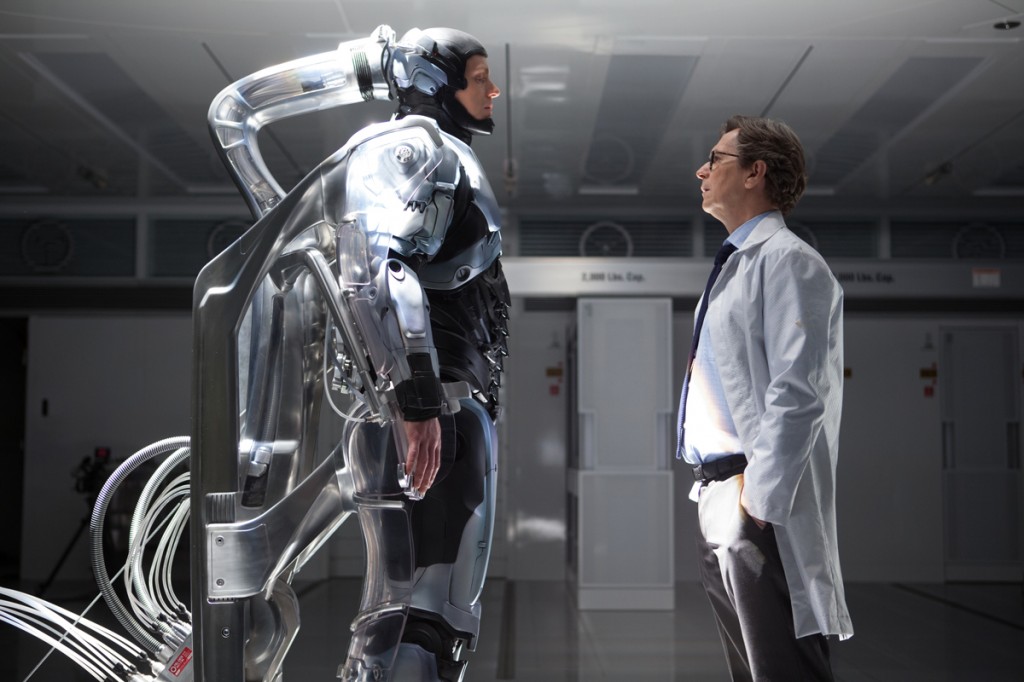 While Hollywood has a long tradition of remaking older movies, its track record for improving on the originals is mixed at best. From a pointless shot-for-shot recreation of Hitchcock’s classic horror film Psycho, to a bizarre comedic reimagining of Guess Who’s Coming to Dinner, there are plenty of cringe-inducing examples of terrible remakes that can be found in nearly every film genre. However, the science fiction genre seems to be especially replete with poorly conceived remakes.

Since science fiction typically rely on special effects more than most other types of films, it would seem that older films in this genre would generally benefit from being updated with the latest moviemaking technologies. Unfortunately, it seems that in many cases any improvement that a remake offers in the area of special effects is canceled out by bad scripts or poor casting decisions. For this reason, there are many science fiction films that are several decades old, but still manage to hold up better than remakes that were made only a few years ago.

While the movies selected for this list were chosen on the basis of personal opinion, all of the films featured here have received “rotten” level ratings from Rotten Tomatoes and are widely considered to be inferior to the originals by most critics. Films are listed according to critical rankings provided by Rotten Tomatoes, from best to worst. Here are eight science fiction movie remakes that are worse than the original films.

In 2014, José Padilha helmed this remake of the highly successful 1987 movie of the same name. Although the remake wasn’t atrocious, it lacked the subversive social commentary that made Paul Verhoeven’s original film more than a brainless action flick. “[A]ll the wit has been removed and it’s been turned into a dumbed-down shoot-em-up frontloaded with elaborate but perfunctory new ‘satirical’ material in which the movie loses interest with breathtaking speed,” wrote The Guardian film critic Peter Bradshaw.

Director Tim Burton, who previously breathed new life into the superhero genre with his critically acclaimed Batman movies, was less successful when remade the iconic 1968 movie Planet of the Apes. Although the costumes and special effects used in the 2001 version were vastly superior to 1968 version, many reviewers noted that in most other aspects it was inferior to the groundbreaking original directed by Franklin J. Schaffner.

“[Burton] made a film that’s respectful to the original, and respectable in itself, but that’s not enough,” wrote film critic Roger Ebert. “Ten years from now, it will be the 1968 version that people are still renting.” Ebert’s prescient prediction appears to be borne out by the ratings that each version now has from the critics at Rotten Tomatoes. The 1968 version currently has an 89% Certified Fresh rating, while the 2001 version only has a 45% approval rating.

Although Burton’s remake may have missed the mark, fans of intelligent ape movies now have several other critically acclaimed options to choose from after the franchise was rebooted once again in 2011. Both of the most recent remakes — Rise of the Planet of the Apes and Dawn of the Planet of the Apes – have garnered Certified Fresh ratings from the critics at Rotten Tomatoes.

Directed by Paul W.S. Anderson, Death Race is a remake of the Roger Corman-produced cult classic film Death Race 2000. However, despite having millions of more dollars in its budget, the remake failed to recapture the charm of the B movie original. While Death Race 2000 took a tongue-in-cheek approach to its over-the-top violence, the remake simply plays like one long car chase sequence. The result is a movie that fails to satisfy both fans of the original movie and fans of good action films.

“The difference between the two movies is instantly apparent. In the 1975 version, Corman and director Paul Bartel imagined a detailed future, then melded extreme violence and satire into one darkly funny stew,” noted San Francisco Chronicle film critic Peter Hartlaub. “Anderson’s new ‘Death Race’ is bloody and violent, but it doesn’t attempt to explore its dystopian world beyond a few lines of text in the beginning explaining the failing U.S. economy and privatization of prisons.”

On the other hand, it should be pointed out that the 1975 version was also panned by most critics when it was originally released and only garnered acclaim as it grew in status as a cult film. So perhaps we should revisit Death Race around 2048. As it stands today, Death Race only has a 43% approval rating from the critics at Rotten Tomatoes, while Death Race 2000 has a respectable 85% approval rating.

Technically, director Matthijs van Heijningen’s 2011 version of The Thing is a prequel, not a remake of John Carpenter’s 1982 film (which is itself a remake of 1951’s The Thing from Another World). However, the 2011 version is widely viewed as a remake since it has the same title and offers essentially the same story. Reviewers who have criticized the 2011 version for slavishly copying Carpenter’s film include IGN film critic Jim Vejvoda, who noted that the prequel “commits the sin of too closely paralleling its predecessor, to the point of almost being a beat-for-beat replay of the paranoid events of the ’82 film.”

While Carpenter’s 1982 version has an 80% Certified Fresh rating from the critics at Rotten Tomatoes, van Heijningen’s 2011 version only has a 35% approval rating. The 2011 version’s lack of originality may have also impacted its commercial success. Although the 1982 version was only a modest box office success, its $19.6 million in total lifetime domestic gross was still more than the $17 million that the 2011 version made in the U.S., according to Box Office Mojo.

A few years after helming 1987’s Robocop, director Paul Verhoeven struck box office gold once again with another science fiction blockbuster about a dystopian future society. Starring Arnold Schwarzenegger, 1990’s Total Recall featured Verhoeven’s trademark over-the-top violence and dark humor, as well as groundbreaking special effects that earned the film a Special Achievement Oscar at the 1991 Academy Awards. The 1990 version of Total Recall has also maintained its status over the years and currently has an 84% Certified Fresh rating from the critics at Rotten Tomatoes.

In 2012, director Len Wiseman helmed a remake that starred Colin Farrell in the role originally played by Schwarzenegger. It should be noted that, although both films were loosely based on a short story by acclaimed writer Philip K. Dick, 2012’s Total Recall was widely viewed as a remake of the 1990 version since it reused several story elements that were only found Verhoeven’s movie adaptation.

Despite having a $125 million production budget that was nearly two times bigger than the original, the 2012 remake only managed to make $58.8 million in domestic gross, less than half of what the 1990 version made, according to Box Office Mojo. Wiseman’s Total Recall was also poorly received by many critics who compared it unfavorably with the 1990 version. The critics at Rotten Tomatoes gave the 2012 film a 30% “rotten” approval rating and noted that “[w]hile it boasts some impressive action sequences, ‘Total Recall’ lacks the intricate plotting, wry humor, and fleshed out characters that made the original a sci-fi classic.”

In 2002, Simon Wells — descendant of author H.G. Wells – helmed an adaptation of one of his great-grandfather’s most famous works that also borrowed heavily from a 1960 film adaptation of the same name. However, despite the director’s personal connection to the source material, the 2002 remake of The Time Machine is widely considered to be inferior to the classic 1960 version directed by George Pal and only seemed to prove that impressive special effects can’t compensate for the lack of a good story.

The Academy Award-winning original film currently has a respectable 76% approval rating from the critics at Rotten Tomatoes. On the other hand, Rotten Tomatoes’ critics gave a “rotten” 29% rating to the remake and noted that “[t]his ‘Machine’ has all the razzle-dazzles of modern special effects, but the movie takes a turn for the worst when it switches from a story about lost love to a confusing action-thriller.”

Directed by Scott Derrickson and starring Keanu Reeves, The Day The Earth Stood Still is a remake of a 1951 movie with the same title. Since the original movie was filmed in black-and-white and featured primitive special effects, it appeared to be the perfect type of science fiction film to reboot for a new generation. Unfortunately, like the 2002 version of The Time Machine, the remake of The Day The Earth Stood Still was criticized by some reviewers for focusing on special effects to the detriment of the plot.

While the original 1951 version of the film has maintained a 94% Certified Fresh rating from the critics at Rotten Tomatoes, the 2008 version earned a dismal 21% rating. “Heavy on special effects, but without a coherent story at its base, ‘The Day the Earth Stood Still’ is subpar re-imagining of the 1951 science-fiction classic,” states the critics’ consensus at Rotten Tomatoes.

There is perhaps no other science fiction movie character that has been reimagined as many times as Godzilla has. In its original incarnation in 1954’s critically acclaimed Gojira (aka Godzilla), this iconic reptilian monster served as a sober symbol for nuclear holocaust. And while many of the Godzilla sequels had a completely different tone than the original, they were still highly popular and successful movies.

However, the 1998 Godzilla remake directed by Roland Emmerich managed to disappoint both fans of the original and fans of the many campy sequels. “One must carefully repress intelligent thought while watching such a film,” wrote film critic Roger Ebert. “The movie makes no sense at all except as a careless pastiche of its betters (and, yes, the Japanese Godzilla movies are, in their way, better–if only because they embrace dreck instead of condescending to it).”

While the original film has earned a 93% Certified Fresh rating from the critics, the 1998 remake currently has a mere 16% approval rating. On the other hand, the critically acclaimed 2014 version directed by Gareth Edwards demonstrated that it is possible to make a quality science fiction remake of Godzilla.