It might not seem like it on the surface, but Far Cry Primal is a deep, dense game. It has so many systems and skill trees in place that it can be overwhelming, especially at first, before you’ve gotten into the rhythm of the game.

We’ve been playing for a while now and have come up with a list of helpful hints to let you get up and running as soon as possible. Armed with these tips, you can conquer anything the prehistoric world of Oros has in store for you.

The world of Far Cry Primal is thick with predators, many of which hang out in groups (woe betide the hapless wanderer who stumbles into a group of angry bears). So if you find yourself in over your head, with giant predators clawing away at your health bar, don’t be a hero: run away as fast as you can. Find higher ground or a steep hill you can slide down to get away.

Another alternative is to light a club on fire and swing it around in the predators’ faces. That can scare them off as well, although it won’t guarantee your safety. Then again, neither will fleeing. Oros is a dangerous place.

2. It’s all about the headshots

Whether you’re hunting dholes or rival tribes, always aim for the head. Attacks to the head cause significantly more damage than attacks to the rest of the body, so play it cool, hide in the bushes, take your time, and aim for the head. Doing so will save you lots of arrows over the course of the game, and lots of lives. 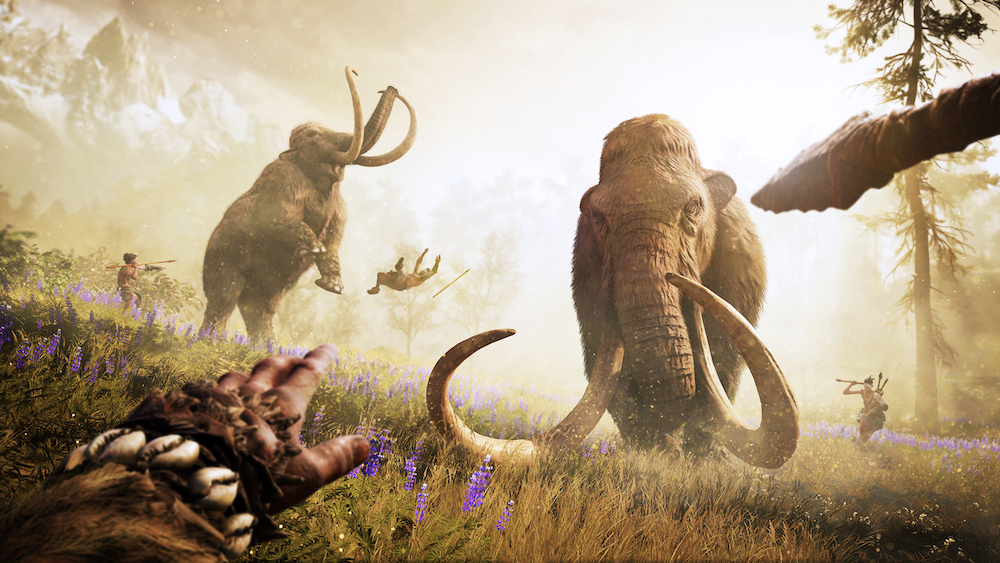 In previous Far Cry games, it was possible to run into enemy outposts with guns blazing, provided you had enough firepower. Since Far Cry Primal takes place before modern conveniences like rocket launchers, you’ll have to change up your tactics here. Going in with arrows blazing doesn’t have quite the same effect.

To use a stealthy approach to taking down outposts, hide nearby and have your owl scan the grounds, tagging all the enemies you can find. Then sneak around the edges of the camp, tossing rocks to lure out unsuspecting guards, and mash the right stick to deliver a stealth kill. Be sure to hide the bodies where other enemies won’t see them.

Another smart move, once you’ve thinned out the enemy’s numbers, is to sneak into the outpost and disable their horns. These bothersome instruments are what the bad guys use to call reinforcements. If you disable their horns, you’ll have a much easier time wiping everyone out if they do detect you.

4. Get the grappling claw early

There’s nothing worse in a game than seeing something cool and realizing you don’t have the gear needed to access it. That will happen to you often in Far Cry Primal before you get yourself the grappling claw, a device made of bone that lets you swing across chasms and climb high cliffs.

To get it, you have to be at the point in the game when you can seek out specific members of the Wenja tribe. You’ll want to make a bee-line to Wogah, a bald, bearded dude who hangs out in a cave to the east of your village. His loneliness has made him bonkers, but his mission will grant you the grappling claw, which comes in handy all over the map. 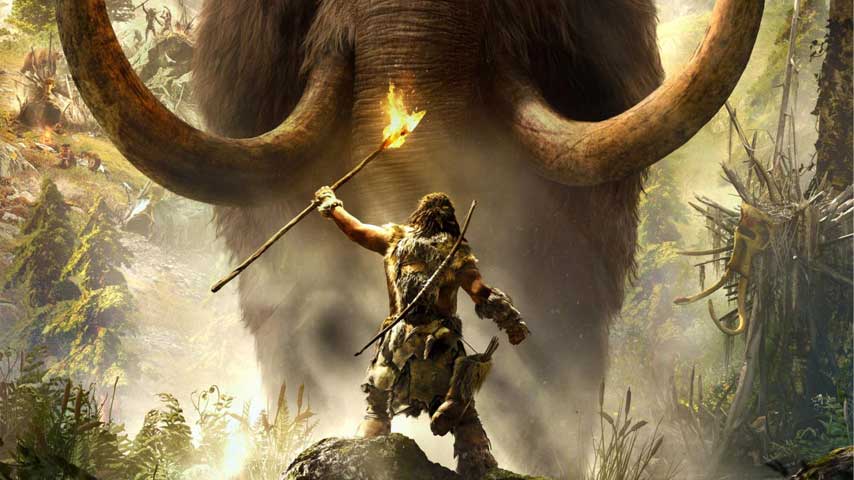 As soon as you unlock the ability to fast travel to distant locations, you might be tempted to use it. That’s not always the best idea. For one thing, collecting a wide variety of plants and animal products is a key part of the game, but many of the key resources are regional. You’ll need to hunt and gather everywhere if you want to craft the things you’ll need.

It’s also a good idea to walk because you never know when you’ll stumble upon hidden caves or bags of goodies other hunters have left behind.

If you really want to experience the world as Takkar does, you can turn off the mini-map. It might make progress more difficult, but it will give you a taste of what life was like way back when.

6. Be smart about skill upgrades

Not all skills on your skill tree are created equal. When you get a new skill point, it’s not always a great idea to put it toward whatever’s available. Sometimes it’s better to rack up a few skill points while you wait for more useful skills to unlock.

Skills to focus on early include increasing your health bar and the number of resources you get from gathering plants. Later on, you’ll want to pump points into Craft Arrows, which gives you multiple arrows for the price of one, and Beast Rider, which lets you ride certain animals like saber-toothed tigers and brown bears.

7. Save random Wenja whenever you can

As you roam the wilderness, you’ll often notice a yellow quest indicator appear nearby. These are generally for random side quests that involve saving your fellow tribe mates from things like animal attacks and hostage situations. If you fend off the enemies, the good people you save will go to your village, which raises the headcount and helps unlock new items to craft.

You can sleep in beds you’ll find in outposts and by bonfires (they look like mats of animal skin on the ground). Sleeping lets you fast-forward time to either morning or nightfall. Sleeping until morning refills your reward stash at camp, giving you a new supply of crafting materials without the hassle of waiting. And because predators come out after dark, sleeping until nightfall is useful when you need resources you can only get from predators.

Those are some key tips for surviving in the dangerous prehistoric world of Oros. Good luck.