8 Ways Bonnaroo Is Good for the World

Tennessee’s Bonnaroo Music and Arts Festival wrapped up its 13th annual event just weeks ago. Aside from drawing together some of the biggest musical acts in the world from a huge variety of genres, the festival is also known for its dedication to social activism, particularly in regards to the environment. Here’s a look at some of the ways in which Bonnaroo does some good for the world while giving festival-goers the time of their lives. 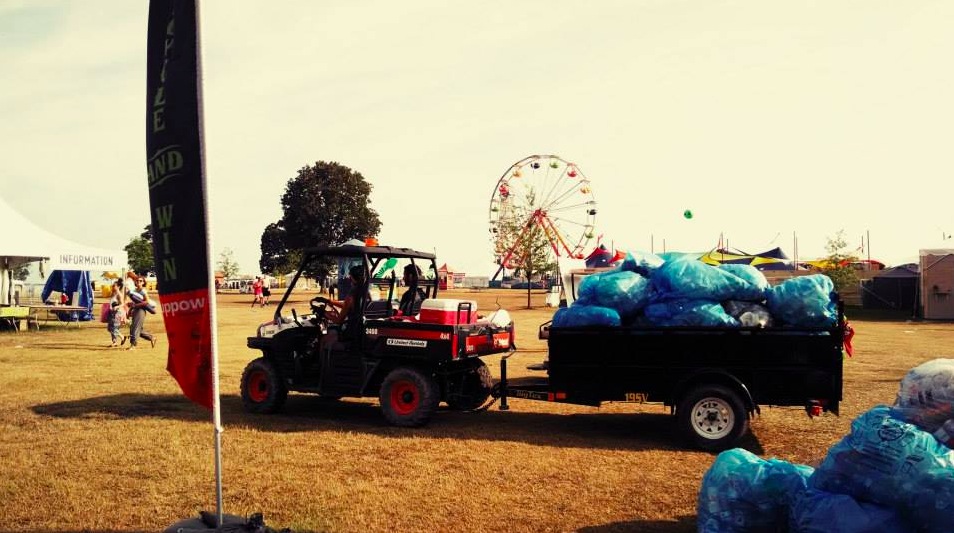 Bonnaroo’s biggest causes are related to protecting the environment, which the people, plants, and animals of Manchester, Tennessee, certainly appreciate during the 361 days of the year their town isn’t taken over by the festival. Trash areas around the festival grounds have separate bins for refuse that needs to go to the landfill, compost, and recycling. All the the food served by Bonnaroo vendors comes with plates and silverware made with compostable materials, and the festival encourages the recycling of almost all salvageable materials. While the figures aren’t yet in for this year’s festival, in 2013, Bonnaroo diverted 366.37 tons of waste from going to the landfill through its recycling and composting programs.

Some volunteers working with an organization called Clean Vibes play a key role in Bonnaroo’s waste management efforts. Volunteers with the organization can have their festival tickets comped and receive free meals and showers for helping keep Bonnaroo clean. Clean Vibes volunteers perform unglamorous but important tasks like cleaning up trash from the previous night’s festivities and diverting garbage into the proper streams to be recycled, composted, and taken to the landfill. Without the work of those volunteers, the festival wouldn’t be able to keep so much trash from being wasted. 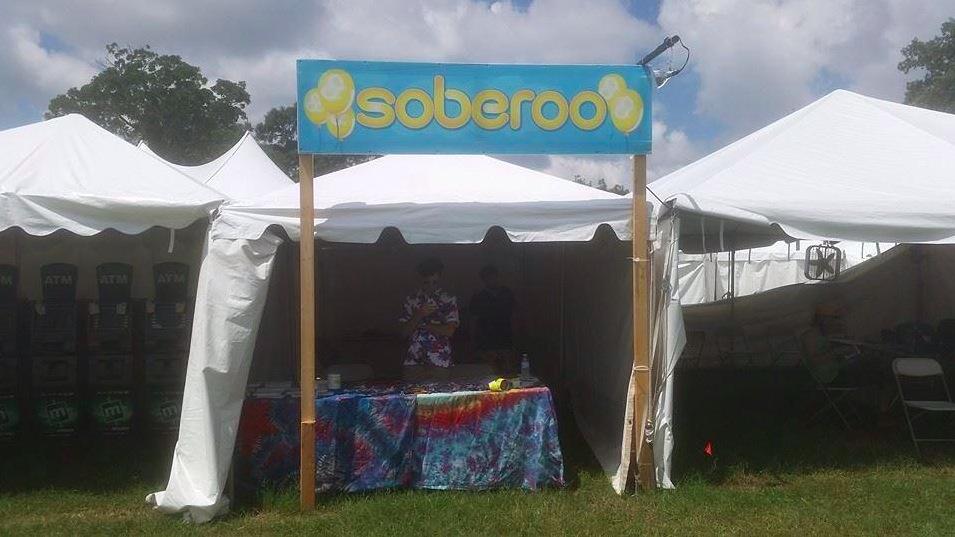 Bonnaroo wants recovering addicts to be able to enjoy the festival experience and music as much as those with a little more freedom to be rambunctious. Music festivals and drugs and alcohol typically go hand in hand, so Bonnaroo set up Soberoo tents around the festival’s grounds where meetings are held and those in need of some support can find it whenever necessary. Even if you aren’t a recovering addict but are just choosing to stay sober at the festival, Soberoo advertises itself as a place to find “like-minded individuals.”

So if it’s 2 a.m. and you can’t see anyone else who’s not tripping or wasted, Soberoo is the place to go if you want or need to speak to someone who can actually form sentences in return. The idea of making Bonnaroo a music festival that’s inclusive to everyone makes music listening as a communal activity available to those who may have seen something like a music festival as being off limits. 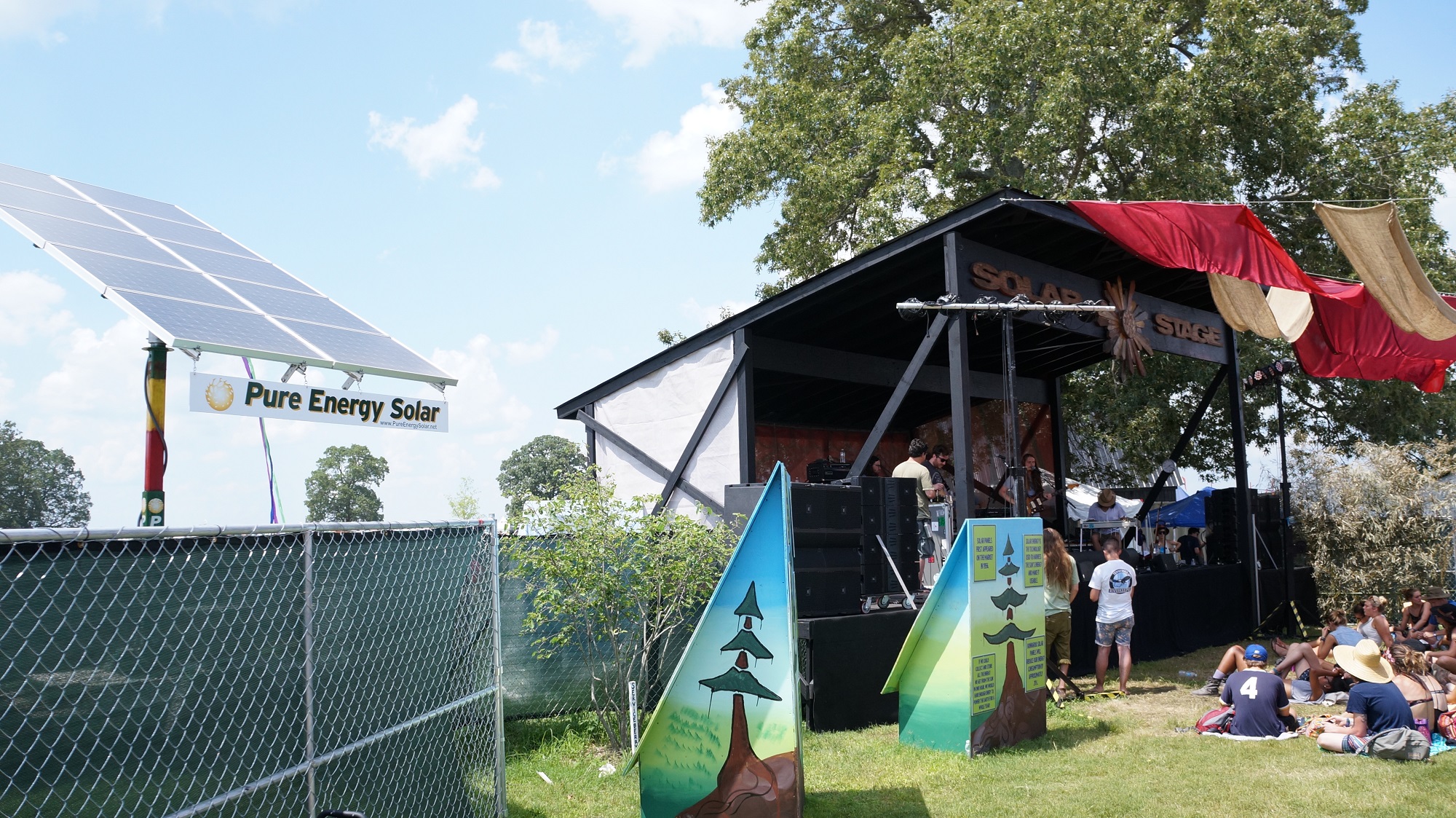 The Solar Stage is powered by a bunch of solar panels and is sponsored by Rock the Earth, which puts on a variety of events including yoga and meditation workshops, speakers on the subject of environmentalism, as well as smaller sets from up-and-coming bands that include a discussion about the arts and social activism. A cloth canopy provides shade, making the Solar Stage a great place to relax when feeling too hot and tired. Rock the Earth is dedicated to bringing together music with environmental causes, making it the perfect organization to be involved with Bonnaroo. 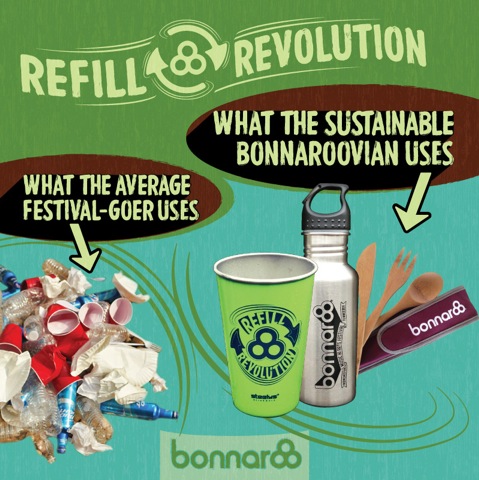 The weather in central Tennessee in mid-June is sweltering. Rocking out all day in the sun is massively dehydrating, so Bonnaroo makes sure plenty of free water stations are available to fill water bottles and cool down. In order to further promote sustainability, Bonnaroo began selling reusable aluminum water bottles for $5, almost the same price as a regular bottled water costs, so that festival-goers are encouraged to get refills rather than buy disposable bottles of water. The festival extended the idea to beer, as well, selling refillable beer cups (beer included) for $15. The cups come with a strap for easy transportation plus $1 off all future beer purchases. 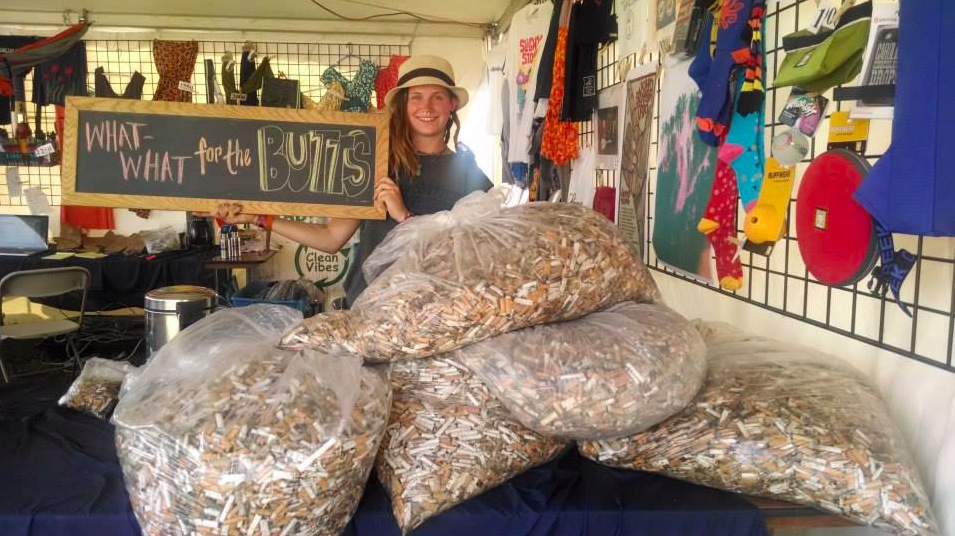 The Clean Vibes folks also involve regular festival-goers in their efforts to keep Bonnaroo clean. Clean Vibes Trading Post offers points toward merchandise in exchange for bags of recycling and cigarette butts, which can be the most troublesome type of litter at a music festival given that they’re small, more frequently thrown on the ground than other types of trash, and are not biodegradable. Clean Vibes has somehow figured out a way to recycle cigarette butts and gives out small baggies for festival-goers to collect them. Whoever collects the most recycling from around the festival over the course of the weekend will even receive tickets to next year’s ‘roo. Other prizes that Clean Vibes points can get you include natural beauty products, camping gear, organic clothing, and band merchandise. 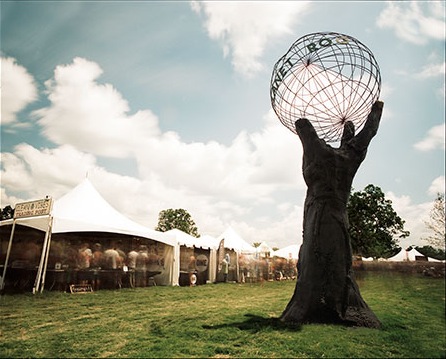 Planet Roo is like an oasis of good deed-doing at Bonnaroo, and a great place to relax if watching shows in the summer heat has left you tired. Within the Planet Roo area you can find the aforementioned Solar Stage, as well as a waste-free cafe, garden, yoga and meditation classes, plus booths from a wide variety of nonprofit organizations that use the festival as a key space to gain exposure for their causes. Rock the Earth holds a cell phone recycling drive that encourages Bonnaroovians to recycle their old phones for the chance to win passes to the following year’s festival, or the opportunity to watch an upcoming act of their choice from side stage. 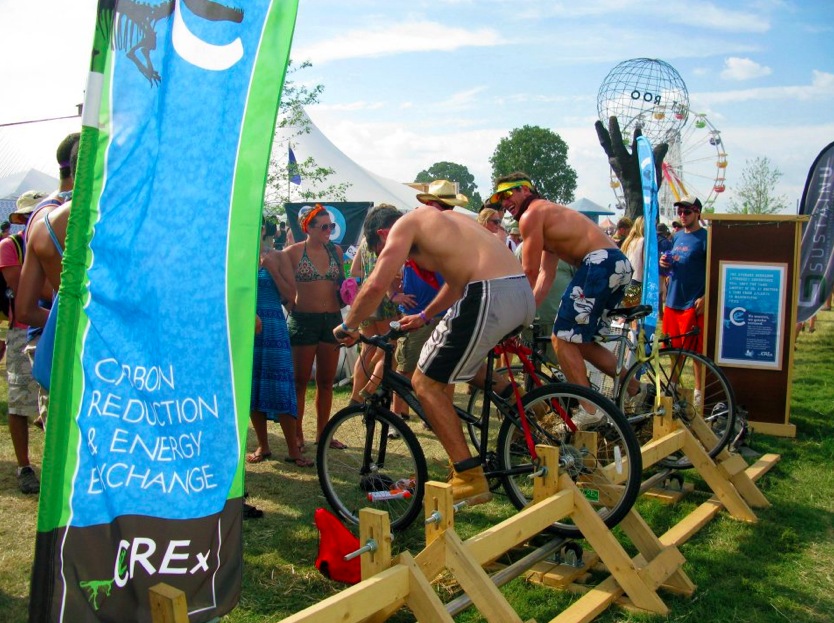 Positivity Park is an area within Planet Roo where Bonnaroovians interested in incorporating the festival’s sustainability practices into their daily lives can get more information about how to reduce their carbon footprint. Two groups called the Carbon Shredders and We Are Neutral teamed up to give advice on small changes that people can make in their day-to-day lives in order to save energy. The Southern Energy Network also hosts a postcard campaign to help support political action in favor of renewable energy.