Shows like HBO’s The Sopranos and AMC’s Mad Men have been challenging network television’s dominance for years. But in the last few years, networks and premium channels alike have found themselves challenged by a whole new medium. Services like Netflix and Hulu used to rely on traditionally produced content — users could view select TV shows and movies online, but only after they had premiered on television or in theaters. Hulu, formed in partnership by some of the major networks, would run shows the day after they aired, while Netflix wouldn’t get them until whole seasons were complete.

But now the same players who were once in the business of re-runs are coming out with their own original programming. Studios have taken note and now some major networks are even trying to get in on the action, producing content exclusively to be viewed online. It’s making for some great television — even if it’s not exactly ‘television.’ Original series, webseries, whatever you call them — hopefully they’re here to stay, because some of the best shows aren’t on TV, they’re online.

Probably the most obvious addition to a list of the best online series, House of Cards was a game changer. Before, no one knew whether Netflix could create quality original content that people would want to watch, but the streaming service put all questions to rest with the Kevin Spacey thriller that finally cemented the term ‘binge watching’ in the national lexicon.

By releasing every episode of the series at once, Netflix was able to suck in viewers like no network ever could. Instead of waiting a week or more for a new episode, Netflix subscribers could devour an entire season in a weekend. When the much-awaited second season was released this year, according to broadband data company Procera, 3.6 percent of Netflix subscribers watched the first five episodes on day one — Valentine’s Day, and a workday. Though Netflix won’t release the numbers itself, it’s clear the show was a massive hit. By the time the second season went live, the show had already racked up two Emmy nominations and four Golden Globe nominations, including a win for actress Robin Wright.

The show, in the vaguest of terms, is a political thriller. More specifically, it’s one of the darkest portraits of Washington ever painted, making ABC’s Scandal look almost like children’s daytime programming in comparison (almost.) Kevin Spacey’s Frank Underwood will make your soul shiver, and that’s what everyone loves about him. If you’re new to online shows, this is the place to start. House of Cards may not be everyone’s cup of tea, but it would be wrong to ignore it — not because Netflix deserves your attention for doing something new, not because of the critical acclaim, but because everyone is talking about it.

2. Orange Is the New Black (Netflix)

Netflix is heavy on the drama, but this original series about a women’s prison is actually a comedy — most of the time. Nominated for a Golden Globe this year as well, Orange Is the New Black is Netflix’s other big standout thanks to an eclectic cast of characters that includes Pennsatuckey, Pornstache, and Crazy Eyes.

House of Cards and Orange Is the New Black are the only online series to ever be nominated in television categories for the Emmys or Golden Globes, and as such, they deserve top billing on this list. But they’re not the only web series deserving of notice. Netflix isn’t alone in this game, and new players are throwing their hats in the ring every day. 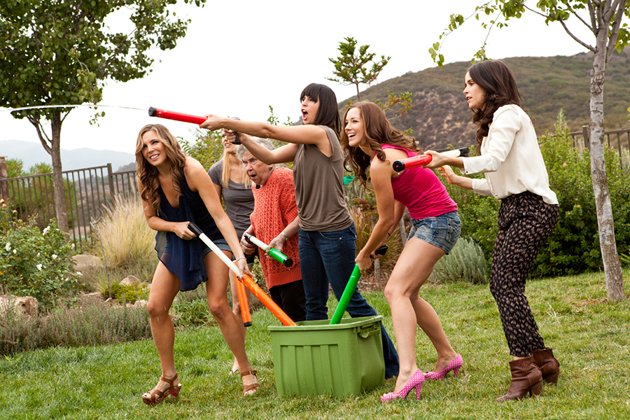 When you think of Yahoo, you probably don’t think of TV. But the media company is so much more than it once was, and original programming is playing a role in reinvigorating the brand.

Burning Love mocks everything people love to hate about TV today. A parody of shows like The Bachelor and The Bachelorette, this scripted comedy series follows either a man or a woman looking for love from a pool of contestants living together in a mansion. With Ben Stiller as executive co-producer, and a cast of comedians like Michael Ian Black, Rob Huebel, and Nick Kroll, everything that’s embarrassing about reality dating shows is hilariously overblown. It might, on occasion, make you cringe — but in the best way.

If that’s not enough to convince you, maybe the all-star guest list will do the trick. Seth Rogen, Jennifer Aniston, Ken Jeong, Kristen Bell, Paul Rudd, and Adam Scott are just a few of the big names to appear on the show. 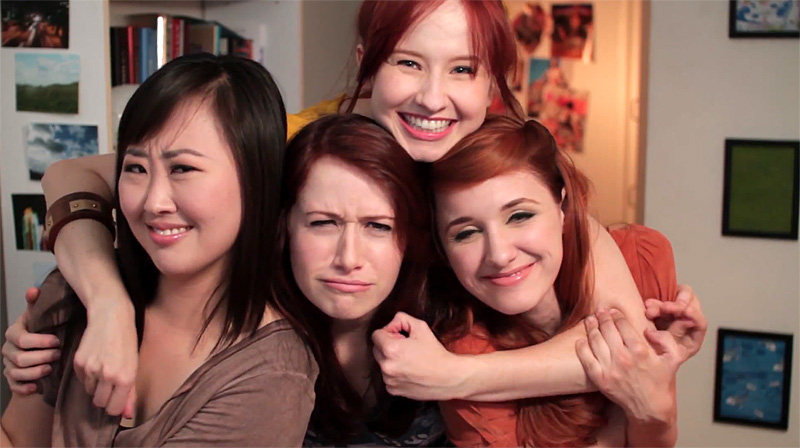 Not all web series fit the traditional television format. YouTube has played host to a number of ambitious content creators looking to set out on their own without a studio or a studio’s budget. Yet, they’re creating some truly entertaining content — just in bite size form.

Take The Lizzie Bennet Diaries, for example. It’s the first of two scripted Jane Austen adaptation produced by the celebrity vlogger Hank Green, who makes up one half of the VlogBrothers, together with John Green, who also happens to be a well-known author, having penned — among other young adult novels – The Fault in Our Stars, which is being adapted for the big screen and will star Hollywood’s next ‘it’ girl, Shailene Woodley.

You may never have heard of the VlogBrothers, or Bernie Su, who plays writer, director, and executive producer on this web series, but they’re growing a loyal audience that loves their content enough to help fund its being made. Their second Austen adaptation, Emma Approved, premiered early this year after The Lizzie Bennet Diaries was wildly successful. Both series are scripted but take on the characteristics of a vlog, giving the viewer insight into the everyday life of modern day versions of Jane Austen’s heroines from Emma and Pride & Prejudice. Most episodes are between 4 and 7 minutes long, and are usually released twice weekly — one on Monday and one on Thursday.

The format makes it easy for viewers to keep up — who doesn’t have a few minutes at work to watch the occasional YouTube video? — but also lends itself to the same sort of binge watching that all online content facilitates. 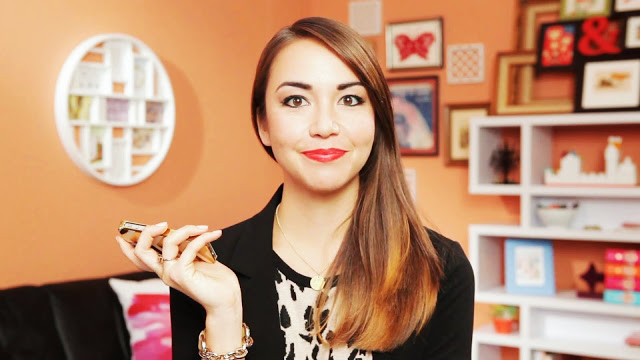 The Lizzie Bennet Dairies wrapped up last year with an even 100 episodes, but Emma Approved is only part of the way through its run. Jane Austen once called protagonist Emma Woodhouse “a heroine whom no one but myself will much like,” so viewers of Emma Approved shouldn’t expect to like the heroine much — at least, not right out of the gate. She’s not the loveable Lizzie Bennet of Pride & Prejudice or The Lizzie Bennet Diaries, and the series has yet to pick up speed, but it’s important to remember the pace can be a bit slow when you only have a few minutes to advance the plot each week.

That said, Emma Approved is certainly worth a watch. Writer Bernie Su brilliantly adapts Austen’s 200-year-old novel for the 21st century by turning Emma into a professional matchmaker. Viewers jumping in at this point will have the extra treat of being able to binge watch a few dozen episodes before being caught up (and being forced to wait days for new episodes, like the rest of us), but would also be smart to start with The Lizzie Bennet Diaries and then come to Emma Approved once the full series is available. 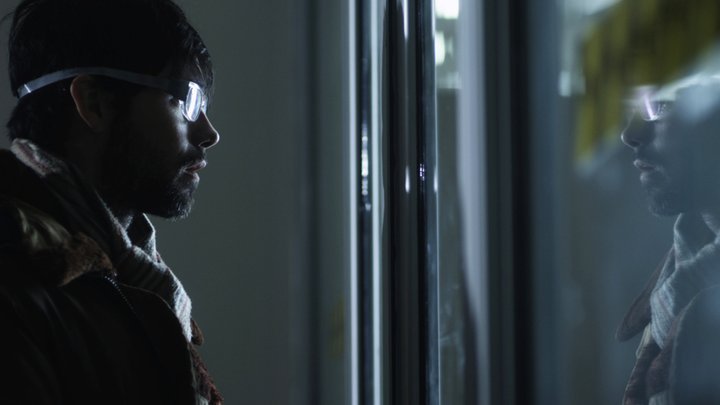 H+ The Digital Series explores an apocalyptic future in which technology not much more advanced than what we’re encountering now has begun to “spiral out of control,” according to its description on YouTube.

The show, created exclusively for YouTube, taps into very real concerns about how technology will impact humanity. Taking the idea behind Google’s Glass project a step further, Hplus Nano Teoranta connects the human mind directly to the Internet. The first few minutes of the show demonstrate how this technology is used, but the situation quickly devolves into chaos when people start dropping like flies. To find out why, you’ll just have to watch. The whole series is available online now. 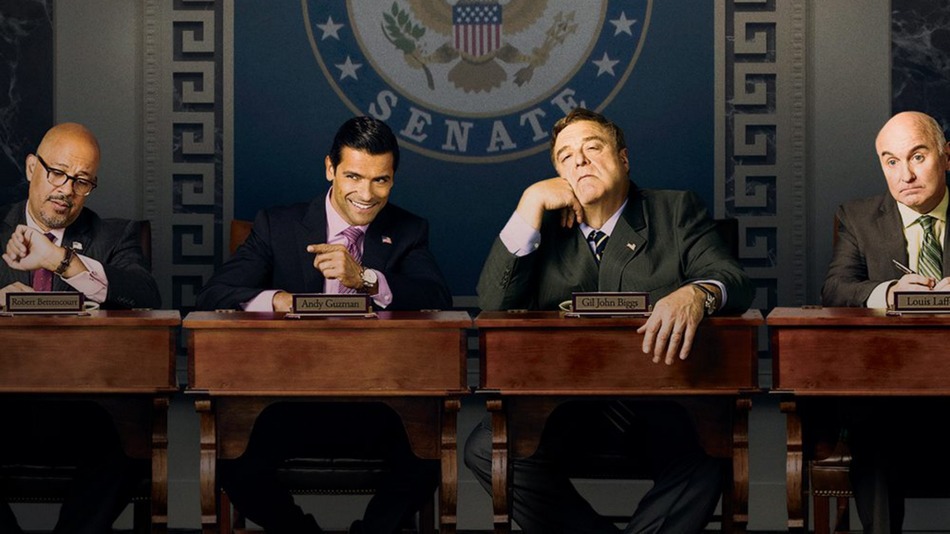 Amazon’s approach to streaming content is fairly similar to Netflix’s — it started with a simple subscription service that allowed viewers to watch movies or catch up on their favorite shows on their own time, and then branched out into original content.

A political comedy from Doonesbury cartoonist Gary Trudeau, Alpha House is about a group of U.S. senators who share a Washington, D.C. rental house. With a cast that includes John Goodman, Clark Johnson, Cynthia Nixon, Wanda Sykes, Matt Malloy, and Amy Sedaris, Alpha House is as smart and biting as House of Cards, but as funny as Veep. 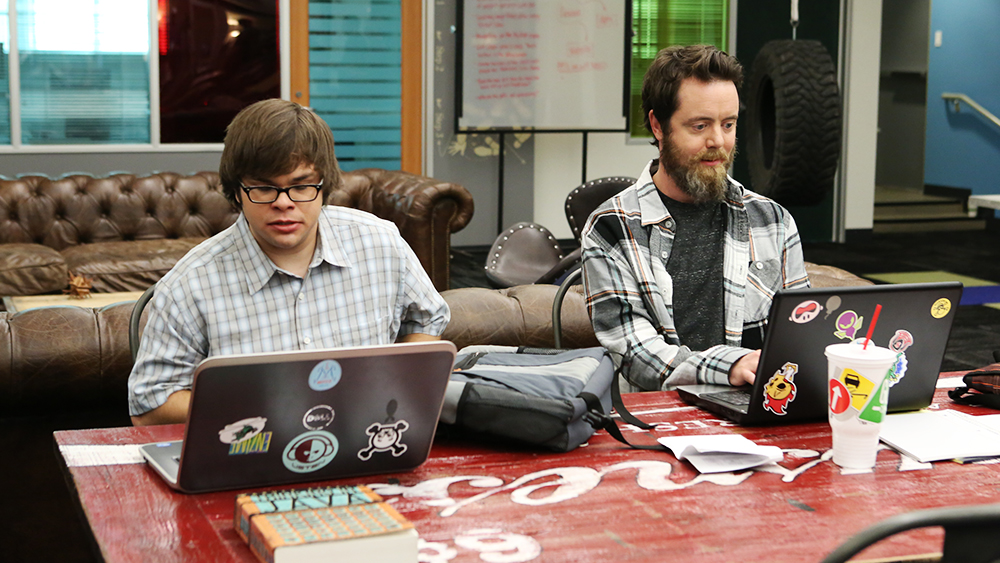 Another Amazon-produced comedy, Betas follows two Stanford dropouts working on a beta social networking app. “It’s full to overflowing with clever and sometimes very funny geek-speak,” according to the San Francisco Chronicle, thanks to the talents of Joe Dinicol and Karan Soni, the ‘adorkable’ leads who are all too relatable in their bumbling attempts to get their startup off the ground.

The show is Big Bang Theory meets 2 Broke Girls, but the jokes are less in your face as humor of the situational variety rather than stemming from a series of punchlines. The leads are vulnerable enough to be likeable, despite their poor social skills, which, as in Big Bang Theory, contribute to a lot of the show’s humor. 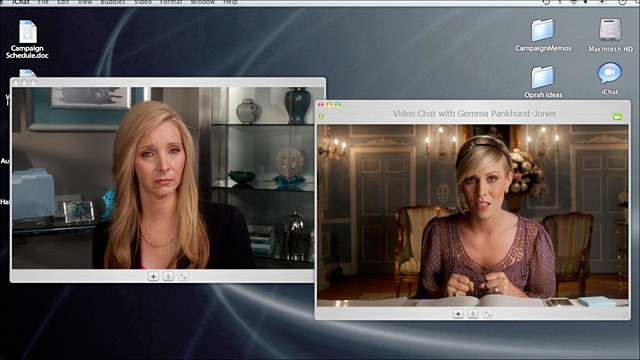 Though it was later adapted for television by Showtime, Lisa Kudrow’s Web Therapy originally started online, and the early episodes are still only available on Lstudio.com.

The show is a dark comedy — Kudrow’s character is too self-interested to do her patients much good. It’s witty and dry and wildly funny, putting Kudrow’s best talents to work. 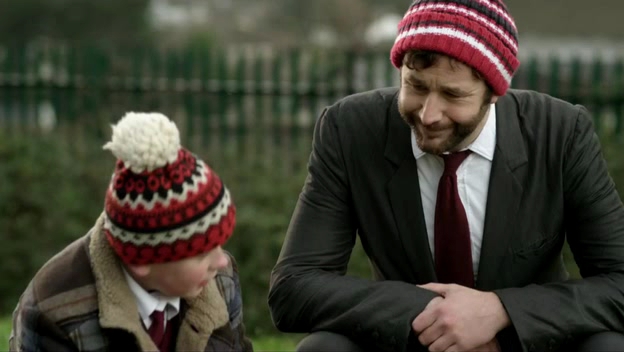 The beauty of streaming platforms like Hulu is that they can bring us content that might not have otherwise reached our shores. While Moone Boy was originally produced for Sky TV in the U.K., the only way to watch it in the U.S. is on Hulu. Not even Netflix has gotten its hands on this gem.

Co-written and co-starring Chris O’Dowd, the loveable cop from Bridesmaids, this Irish sitcom is full of heart and laughs. It’s semi-autobiographical, focusing on the life of a young boy growing up in Ireland in the late 1980s and early 1990s, and his imaginary grown-up friend played by O’Dowd.

Moone Boy won an International Emmy for Best Comedy, and was nominated for two awards at the 2012 British Comedy Awards. The Guardian called it the “most life-affirming delight to have hit our screens in a long time,” and once you’ve watched it, you’ll understand why.