9 ‘Found Footage’ Movies That Are Actually Worth Watching 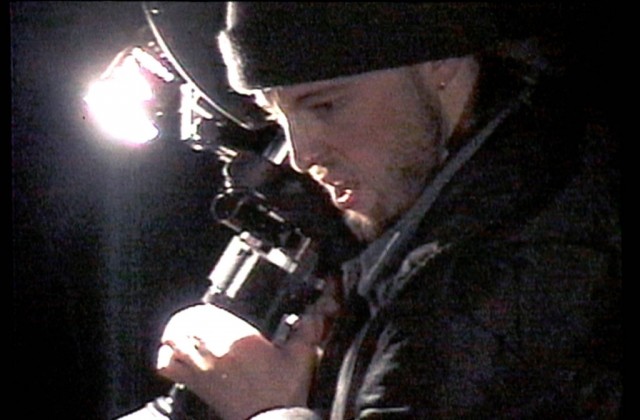 Are you a fan of found footage films? While this narrative format is found in many different film genres, all found footage films share the same basic premise. Found footage movies present the story as if it was constructed from real footage that the characters shot themselves.  Over the past several years, this style of filmmaking has proven especially popular in the horror genre, since the realism of “found footage” creates an aura of authenticity that presumably makes it easier to scare the audience. The found footage format has also been used for everything from buddy cop dramas to teen comedy flicks.

Of course, not every found footage film is worth watching. While some found footage films effectively use the format to enhance the storytelling process, other films only succeed in making their audiences nauseous through the overuse of shaky camera shots.  With so many found footage films now on the market, we thought this would be an opportune time to highlight some of the best movies that have used this approach.

Since there are so many found footage films to choose from, we have whittled our list down to nine selections based on our personal preferences.  However, all of the films featured on this list have garnered the Certified Fresh label of approval from the critics at Rotten Tomatoes. Here are nine found footage films that are worth watching.

Although the found footage format has become a bit overused in the horror film genre lately, director Barry Levinson used it to great effect for this movie about a mysterious parasitic outbreak at a small seaside town in Maryland. In the film, found footage that was obtained from various people in and around the affected town is stitched together into a leaked documentary about the incident and a subsequent cover up by the government.

The film was praised by many critics, including The Guardian’s David Cox, who called it “A Jaws-for-grownups horror that excels on many levels.” The Bay currently has a 77% approval rating from the critics at Rotten Tomatoes.

Director Matt Reeves brought the found footage format to the giant monster movie genre with this J.J. Abrams-produced film about an enormous creature that attacks New York City. In the film, found footage shot by a group of young New Yorkers is presented as if it was acquired by the U.S. government after the creature’s devastating attack.

Cloverfield received mostly positive reviews from the critics, including Roger Ebert, who gave the film three stars and noted its “unmistakable evocations of 9/11.” Cloverfield currently has a 77% approval rating from the critics at Rotten Tomatoes.

Sebastián Cordero directed this science fiction film about an expedition to find life on Europa, one of Jupiter’s moons. In the film, the found footage is presented as if it was created by the six astronauts who participated in the mission. One of the astronauts is played by Sharlto Copley, who is a familiar face to many sci-fi film buffs from his roles in director Neill Blomkamp’s District 9 and Elysium. Europa Report earned an 80% approval rating from the critics at Rotten Tomatoes, who called the film “a slow-burning thriller that puts the science back into science fiction.”

Directed by André Øvredal, this dark Norwegian comedy-fantasy film uses a found footage format to tell the story of a group of students that set out to create a documentary about real trolls after uncovering a government conspiracy to hide their existence. Trollhunter garnered several notable honors from film associations around the world, including the Outstanding Achievement in Filmmaking award from the Newport Beach Film Festival in 2011, as noted by IMDb. Trollhunter currently has an 82% approval rating from the critics at Rotten Tomatoes, who praised the film’s combination of “creeping dread” with “generous helpings of dry wit.”

Directed, written, and photographed by Oren Peli, this supernatural horror film uses the found footage format to tell the story of a couple that is haunted by an evil presence after they move into a new house. The film — which had a production budget of just $15,000 — went on to make over $193 million in worldwide gross, according to Box Office Mojo.

The breakout success of Paranormal Activity spawned a lucrative franchise that has so far resulted in four related films, including last year’s Paranormal Activity: The Marked Ones. However, the original movie is still considered to be the best in the franchise by most film critics. The critics at Rotten Tomatoes gave Paranormal Activity an 83% approval rating and called the film “90 minutes of relentless suspense.”

Josh Trank made his directorial debut with a found footage film that put a unique twist on the superhero genre. In the film, three high school friends — including one who is conveniently videotaping his life — discover a glowing crystal in the woods that gives them telekinetic and flying abilities.

Chronicle received positive reviews from many critics, including Roger Ebert, who gave the film 3.5 stars and called it “an uncommonly entertaining movie that involves elements of a superhero origin story, a science-fiction fantasy and a drama about a disturbed teenager.” The film currently has an 85% approval rating from the critics at Rotten Tomatoes.

David Ayer directed, produced, and wrote this drama about two Los Angeles Police Department officers who are targeted by a violent street gang after disrupting a human trafficking ring. The film stars Jake Gyllenhaal and Michael Peña as Brian Taylor and Miguel Zavala, respectively. In the film, the found footage is mostly created by Taylor, who is filming their daily activities as part of a film project.

Roger Ebert awarded the film four stars and called it “one of the best police movies in recent years.” The critics at Rotten Tomatoes gave End of Watch an 85% approval rating and noted that it overcomes “the familiar pitfalls of its genre and handheld format.”

Director and writer Bobcat Goldthwait helmed this found footage horror movie about a couple that decides to vacation in the Northern California wilderness for a lighthearted attempt to capture the legendary Bigfoot on film. However, their adventure soon takes a darker turn after someone or something begins harassing them deep in the woods.

The New York Times’ film critic Jeannette Catsoulis praised Goldthwait’s ability to make the most of the found footage format. “[Goldthwait] engineers a static, almost wordless 19-minute shot inside a tent that generates more tension than many horror directors achieve with a swarm of foley artists and a healthier budget,” wrote Catsoulis. Willow Creek currently has an 86% approval rating from the critics at Rotten Tomatoes.

Not surprisingly, the film that is widely credited with kicking off the current found footage trend is also considered to be one of the best movies in the category. In the film, three college students venture into a Maryland forest in order to film a documentary about a local legend known as the Blair Witch. The Blair Witch Project was well received by most critics, including Roger Ebert, who noted that the film “is a reminder that what really scares us is the stuff we can’t see.”

Like Paranormal Activity, The Blair Witch Project managed to become an international blockbuster despite being made on a shoestring budget. According to Box Office Mojo, the film earned over $248 million in worldwide gross on a production budget of only $60,000. Although many of the found footage techniques employed by The Blair Witch Project directors Daniel Myrick and Eduardo Sánchez have since become clichéd, the film has maintained its status over the years. The Blair Witch Project currently has an 87% approval rating from the critics at Rotten Tomatoes.