Since her career-making role on Seinfeld, Julia Louis-Dreyfus has continued to prove her comedic abilities with leads in sitcoms like The New Adventures of Old Christine and most recently, by playing former Vice President Selina Meyers in HBO’s satirical series Veep.

As Louis-Dreyfus continues to sweep awards for Veep, here are nine of her most memorable comedic roles to date. 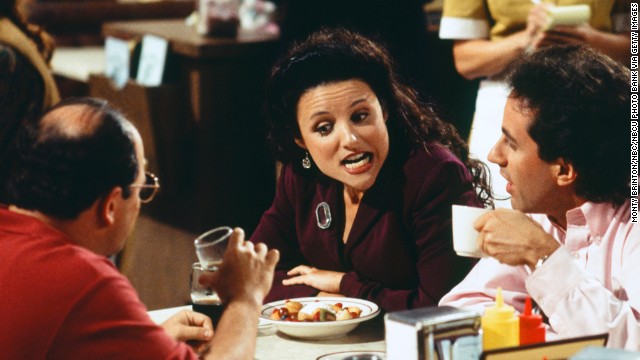 Louis-Dreyfus is best known for her role as Elaine Bernes on NBC’s Seinfeld. She appeared on the show for nine seasons, with her performance earning her high praise and turning her into a regular awards season winner starting in 1998.

Her turn in the series earned her seven Emmy nominations — one of which she won– as well as five Screen Actors Guild awards, five American Comedy awards, and a Golden Globe.

Louis-Dreyfus was first cast in the lead role of U.S. Vice President Selina Meyers in HBO’s satirical comedy Veep in early 2011. The show has been critically acclaimed since its debut and is now entering its seventh and final season.

Louis-Dreyfus’s performance, in particular, has gained high praise and earned her several awards, including six consecutive Emmy awards for Lead Actress in a Comedy Series. 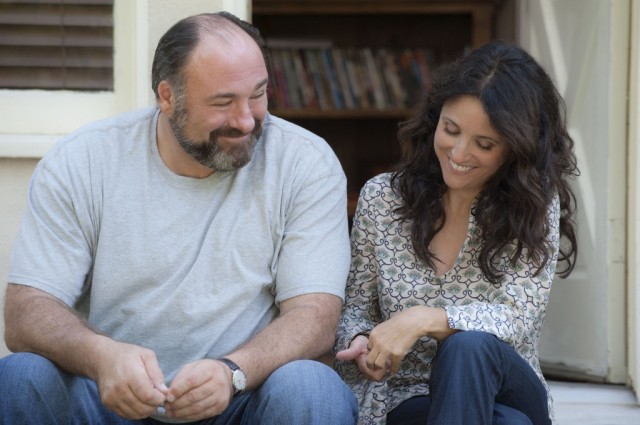 This 2013 rom-com, written and directed by Nicole Holofcener, stars Louis-Drefyus alongside the late James Gandolfini. It premiered at the Toronto International Film Festival to widespread critical acclaim, earning a 96 percent fresh rating on Rotten Tomatoes, and has since been ranked in the top 10 movies of 2013.

Her performance earned her a Critics Choice Movie award and Golden Globe nomination.

4. The New Adventures of Old Christine 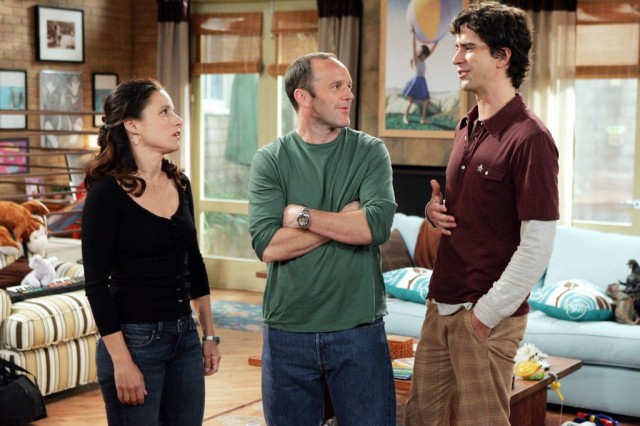 Louis-Dreyfus was cast in the CBS sitcom in 2005. The series, about single mom Christine Campbell, who has a fantastic relationship with her ex-husband, debuted to high ratings and even higher praise from critics, who claimed she “broke the Seinfeld curse.”

She won another Emmy for her performance in the first season in 2006. Throughout the course of the rest of the series, she went on to earn five more Emmy nominations, two SAG nominations and a Golden Globe nomination. 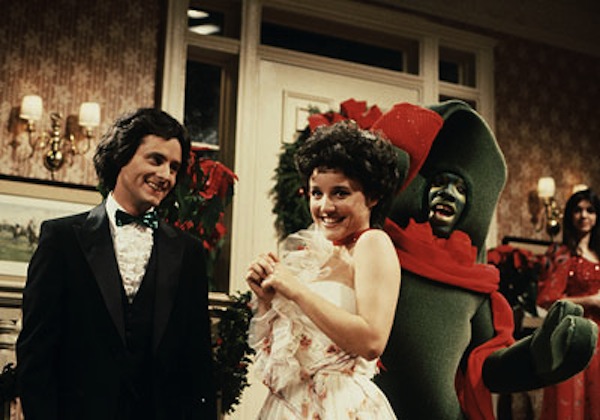 Louis-Dreyfus was asked to join the cast of NBC’s Saturday Night Live at the age of 21, becoming the youngest female cast member in the history of the program at the time. She was featured on the show from 1982 to 1985, playing characters like superhero Weather Woman and Consuela, co-host of “Let’s Watch TV,” alongside now-prominent actors Eddie Murphy and Billy Crystal.

Though she didn’t achieve the fame that others have achieved during their time on the show, she did meet writer Larry David, who would later co-create the series that truly kickstarted her career, Seinfeld. 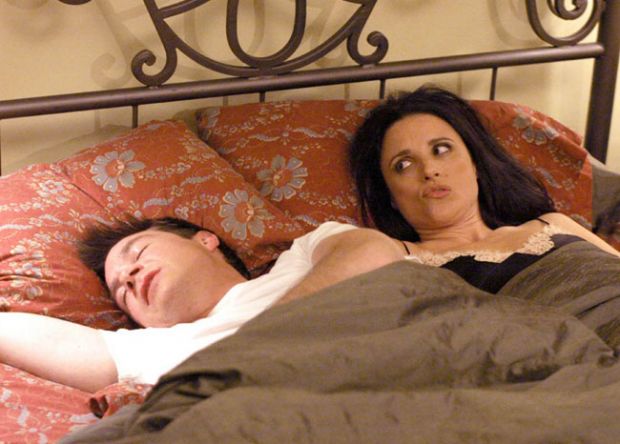 Louis-Drefyus had a guest-starring role on Arrested Development over the show’s first two seasons, from 2004 to 2005, playing Maggie Lizer, a deceitful defense attorney who pretends to be blind and is a love interest to Jason Bateman’s Michael Bluth.

Though her character only appeared on four episodes, each of her appearances received widespread critical praise. 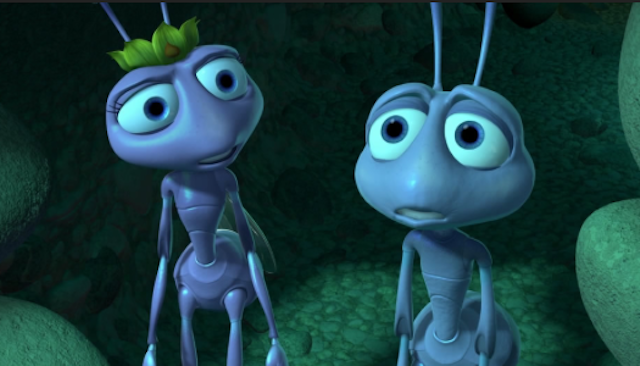 Louis-Dreyfus voiced the character of Princess Atta in the 1998 animated Pixar film, directed by John Lassetter. The movie, released around Thanksgiving of that year, was considered a box office success, reaching No. 1 with a gross of $33.2 million.

It also received positive reviews, with a 92 percent fresh rating on Rotten Tomatoes, praising its memorable characters and witty dialogue. 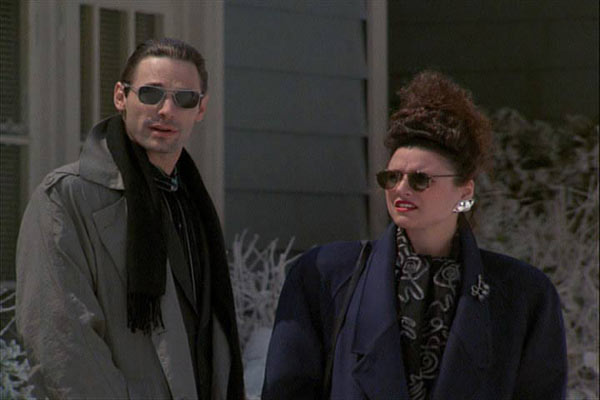 Louis-Dreyfus played Margo Chester in the 1989 Christmas comedy film, written by John Hughes. The movie, which featured a large ensemble cast — including Chevy Chase, Juliette Lewis, and Johnny Galecki — received mixed to positive reviews at the time of release.

Over time, though, it’s become a cult favorite, often being labeled a Christmas classic. 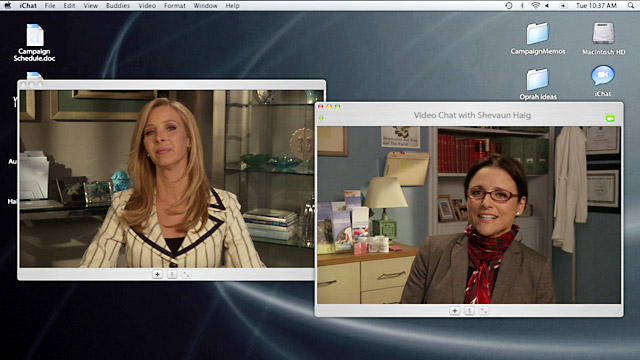 Louis-Dreyfus appeared in several episodes of Lisa Kudrow’s series Web Therapy. The actress played Kudrow’s sister Shevaun Haig on early episodes of the show, when it aired online before its transition to Showtime.

The episodes during which she made her guest appearances are considered fan favorites and are some of the best-liked of the entire series.