It seems like the year has just begun, but we’ve already gotten plenty of excellent titles, including the trippy music game Amplitude, the console edition of Gone Home, and the devilishly puzzling game The Witness. As if that’s not enough, next week brings another heap of noteworthy games from a variety of genres.

You can unwind with Unravel, perform stealth kills in Assassin’s Creed Chronicles, re-kill the undead in Dying Light: The Following, or do a lot more in the rest of the games launching the week of February 8. Read on to find out which games appeal to you.

Wyoming may be the 10th largest state in the country, but it’s also the least populated. That means it has enormous swaths of wilderness, much of which is owned and protected by the federal government. It has expansive forests, mountains, and lakes that are ripe for exploration.

But if you’re not willing to give up conveniences like air conditioning and pizza delivery to see it first-hand, you can get a taste of Wyoming’s wilderness in Firewatch. This is an adventure game that puts you in the shoes of a man newly hired to keep a lookout for forest fires deep in the undeveloped territory. Your main human contact comes through a handheld radio you use to talk to your supervisor Delilah, with whom you might have a good or bad relationship.

If that sounds a little uneventful, don’t worry; it doesn’t take long before things start getting weird. It turns out you’re not so alone out there after all.

It’s been a while since we’ve gotten a truly unique side-scrolling platformer, but the wait appears to be over, thanks to this eye-catching new title from Electronic Arts. You play as Yarny, a creature made of (you guessed it) yarn, who has to navigate a treacherous world using extra lengths of string pulled from his body.

The photorealistic art style is drop-dead gorgeous, with a soundtrack that’s sure to tug at your heartstrings. A mindless action game this is not, thanks to tricky environmental puzzles you’ll have to solve to proceed. Check this one out if you want to slow down and enjoy the scenery. 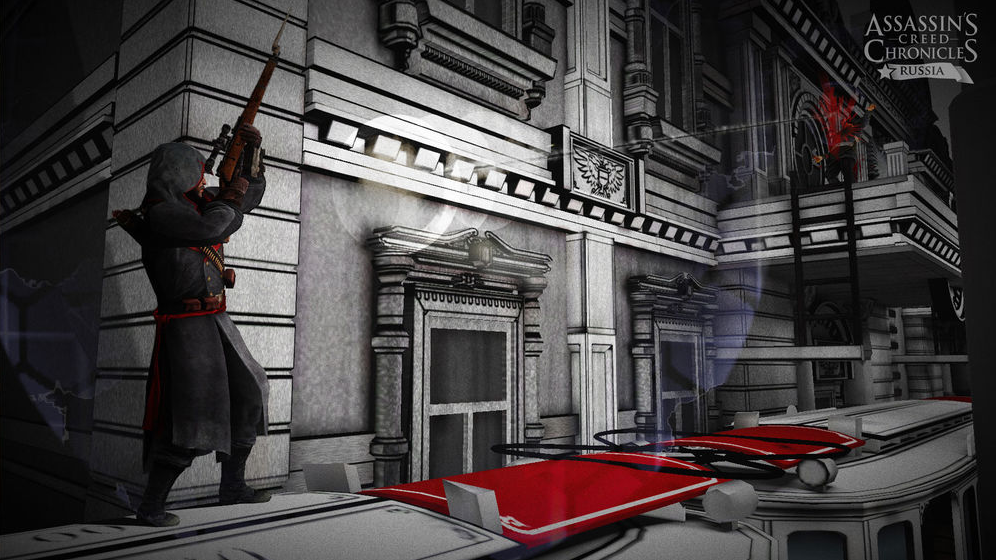 If you like Assassin’s Creed but want a little something different from the franchise, check out Assassin’s Creed Chronicles. This offshoot is a series of side-scrolling action platformers that hinge heavily on the use of stealth.

This third and final installment takes place in Russia in 1918. You play as an Assassin on a mission to sneak into a house where the tsar’s family is being held hostage to steal a sought-after artifact. You end up saving Princess Anastasia along the way, so you need to escape with her and the artifact in tow.

Much of the gameplay consists of you sticking to the shadows to sneak up on patrolling guards. If you’re in a pinch, you can use a number of abilities and items (like smoke bombs) that will help you make a clean getaway. The game is full of swordplay and drenched in blood, of which you’ll get an eyeful thanks to the dynamic camera that swoops in to capture the action. If the core Assassin’s Creed series has grown a little stale for you over the past eight years, Chronicles might be just the game to reignite your interest.

In case you missed the previous two downloadable installments of the Assassin’s Creed Chronicles series, you can buy the full trilogy on disc on February 9, too. It contains the China, India, and Russia installments all in one convenient package.

Do we really need another zombie game? If your gut reaction is “no,” then you probably didn’t play Dying Light, which came out last year to positive reviews. The game takes place in a gorgeous open world that’s teeming with undead creatures that want nothing more than to feast on your delicious flesh.

One of the main twists here is that your character can pull off lots of very cool parkour moves to navigate around the environment. On the flip side, although the zombies are lazy slowpokes during the day, they become much more nimble at night, going for your throat with savage intensity.

This new expansion includes a massive new map, new enemies, vehicles you can drive, and a whole new story line. Whether you played the original game or not, this expansion offers a great reason to jump back into the fray.

Developer Maximum Games tends to fly under the radar with titles that don’t get a lot of attention, including games like Farming Simulator and Sherlock Holmes: Crimes & Punishments. The company’s latest effort is a third-person stealth game set during the Cold War in the 1960s. You play as a Soviet assassin who’s been recruited by the U.S. to run missions around the globe in order to prevent, you know, nuclear war.

Early gameplay makes it look similar to Hitman games, with the hero infiltrating enemy compounds, performing stealth kills, dressing up as enemy guards — the whole deal. Since a new Hitman game won’t be out until next month, Alekhine’s Gun could scratch that itch on February 9.

7. Lovers in a Dangerous Spacetime

Although this unique space shooter can be played single-player, it works best with two people playing local co-op. You and your co-pilot are in charge of a sizable pink ship as it drifts through space and encounters hostile aliens that come at you from all sides. The twist is that you and your partner will need to run from room to room in the ship, manning turrets and firing at the oncoming enemies as they approach.

As you can tell from the trailer, the game has style to spare, so pick it up if you and your friends or family enjoy sitting on the couch together and taking out alien scum. It received very positive reviews when it launched on Xbox One last year.

Oddworld: Abe’s Oddysee was a unique and enjoyable action puzzle game that came out in 1997 for the original PlayStation. It followed the story of Abe, a green alien who helped his fellow Mukodons escape slavery from a factory where they were about to be ground up for meat.

This New ’n’ Tasty edition is a remake of that game, with improved graphics, tweaked gameplay mechanics, and a handful of control concessions that make the game less frustrating to play. The one thing that has remained the same, however, is the brilliant level design, which stitches together puzzle after puzzle in a way that’s tough to improve upon. The game has already arrived on most other platforms; but for Wii U owners, it’s better late than never.

Most games as old as Q*bert — which first launched in 1982 — don’t hold up compared to modern games. They can be fun little distractions, but they’re generally too shallow to keep your interest for long. And judging by the review scores for this game when it launched on PS4 and PC last year, this reboot is no exception to that rule. Still, if you have fond memories of playing Q*bert in your youth, you may find this trip down memory lane to be worthwhile. Just don’t expect it to be much more than a nostalgia trip.