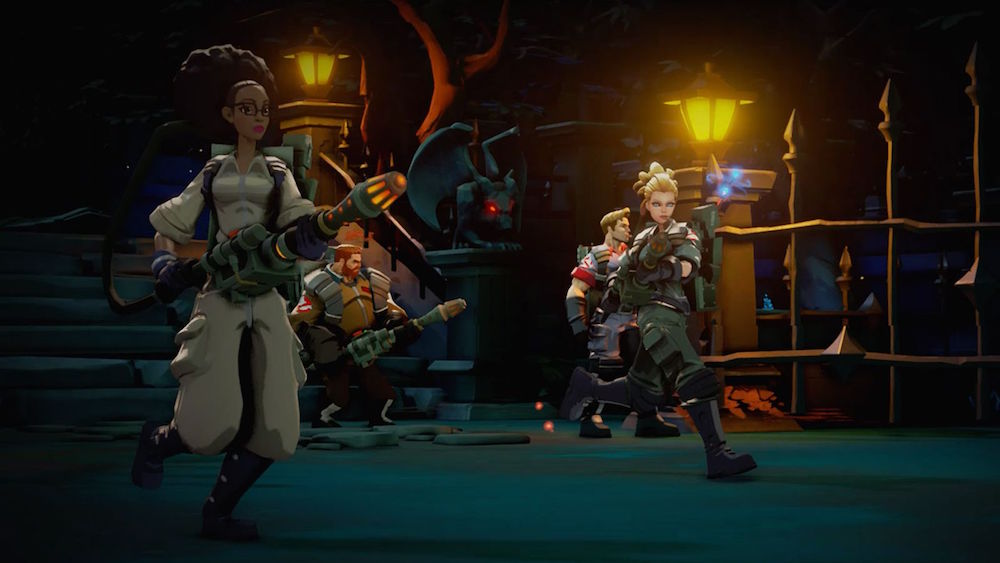 There’s a little something for everyone on the horizon, whether you’re into racing, dungeon crawling, exploration, or hardcore role-playing games. Read on for all the information you need about the games launching the week of July 11, 2016.

Insomniac Games is on a roll lately, with its recent (and excellent) game Ratchet & Clank, plus the news that it’s working on the upcoming PS4-exclusive Spider-Man game. In between those, Insomniac has been working on a little project called Song of the Deep, a game that will bring players to an underwater environment filled with enemy creatures and ancient cities. Best of all, you get to shoot at stuff from an adorable little submarine.

The game plays out from a side-scrolling perspective and is billed as a “Metroidvania,” which means it will have a vast game world that you’ll be able to delve deeper into as you acquire new weapons and abilities. It’s a tried-and-true game design, so with a studio as talented as Insomniac at the helm, this could be one of the better games launching next week.

The new Ghostbuster movie hits theaters July 15, but you can play a game set in the same universe few days early. It’s not directly based on the movie, but this game lets you and your friends control four new Ghostbuster recruits as they try to send supernatural beings back to where they came from. It doesn’t look nearly as ambitious as the 2009 Ghostbusters game that was scripted by Dan Ackroyd and Harold Ramis, but it may give fans some decent ghost-busting action.

In the year 2100, some seriously powerful dragons are attacking and destroying the world. You and your team have been selected to fight back against the dragonian aggressors. For some reason, you do that by traveling through various time periods to take them on.

The actual game is a dungeon-crawling role-playing game that has you exploring caverns and confronting enemies in turn-based battles. You can assign your team members to a wide variety of character classes, including a hacker who hacks enemies’ brains to make them vulnerable to certain attacks, and a healer called a “God Hand” who’s capable of delivering serious damage. If you’re looking for a handheld game to pour dozens of hours into, this is probably it.

One of the most stylish games launching next week, Necropolis has you and up to three friends heading into monster-filled dungeons and fighting until you find the exit or die. The developers promise you’ll die plenty of times before you succeed. It’s a “rogue-lite” game, so while you do start from the beginning each time you play, with the dungeon taking a different shape with every attempt, some stats and progression carry over. That’s nice of them.

Billed as “the Citizen Kane of Super Crate Box clones,” this game drops you in a room and then sends in a bunch of enemies who want you dead. Staying alive is the order of the day. As you blast your way through them, you’ll unlock new weapons and special abilities that will help you out when even more enemies enter the screen. If you’re looking for quick arcade-style play, give this game a look.

Another of the games launching next week is Tumblestone, a new indie game that offers competitive puzzle battles. It’s a block-matching game that has you trying to zap groups of three like-colored blocks off the screen as new rows of blocks keep appearing. You can play it solo in the story mode, or you can go up against other players in a race to see who can clear the screen first. If you’re an Xbox Live Gold subscriber, you can download this game for free from July 16 to August 15.

The graphics and gameplay are simple in Videoball, but the hope is that the sport-like nature of the game will provide players with hours of skill-based fun. Two teams of up to three players each try to shoot projectiles at a ball to knock it into a goal. Whichever team scores the most points before the timer is up wins. Seems simple enough.

The Monster Hunter series takes place in a world full of beasts that come in a variety of sizes: large, larger, and “this was a bad idea, let’s get out of here.” You venture out from town, find a beast, and engage in an epic battle to slay it. Then you return home, using the items you got from the beast to craft new weapons and equipment to prepare for your next encounter. This installment comes with flashy new Hunter Arts moves as well as aerial mounts that let you ride on the monsters’ backs. These games aren’t easy to beat or even easy to get a handle on, but once you do, they’re a lot of fun.

I’m a sucker for a good racing combat game, and that’s just what Obliteracers is. With its promise of tons of racers, tracks, and weapons, it doesn’t seem like it pushes the genre forward, but its focus on local multiplayer should make it a fun party game. Obliteracers received favorable reviews for its PC release, so it’s safe to assume it will maintain that level of quality on consoles as well.

That’s it for the games launching next week (July 11 to 17). Check again next week for a whole new batch.