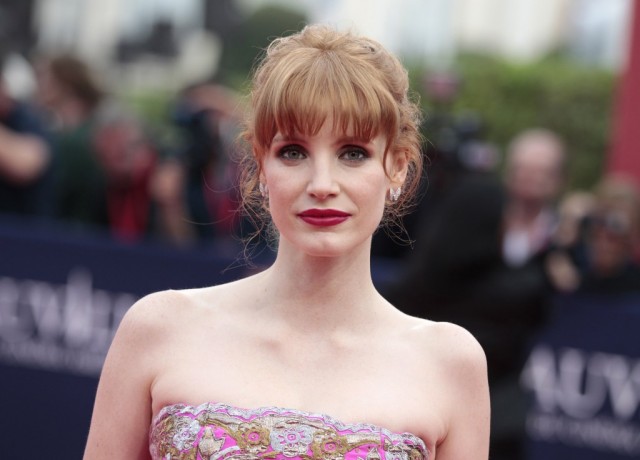 Jessica Chastain is already on the verge of having another banner year, with four potentially awards-worthy movies set to hit the big screen this autumn. But the actress recently admitted that she isn’t only interested in Oscar fare. In a new interview with The Guardian, Chastain spoke openly about her desire to star in a superhero movie.

With comic book movies winning big at the box office and only continuing to gain in popularity, it’s no surprise that Chastain is one of the multiple critically acclaimed actors looking to become part of the genre. But though she may be eager to don a cape, Chastain also made her criteria for such a role very clear: She wants to be fully in on the action, not just sitting on the sidelines. As she described to The Guardian:

One of “the couple times” she’s probably referring to is the film Iron Man 3, in which Chastain came close to playing scientist Maya Hansen (a role eventually taken by Rebecca Hall). But the Oscar nominee was unable to commit, given her already jam-packed film schedule. In the next few months alone, Chastain is set to appear in the experimental drama The Disappearance of Eleanor Rigby, Christopher Nolan’s highly anticipated space adventure Interstellar, and A Most Violent Year, JC Chandor’s followup film to All Is Lost.

That scheduling conflict may have actually been a blessing in disguise. With her impressive acting chops, Chastain is the perfect candidate to take on a meatier, leading role in a superhero movie of her own. We already know the actress is more than capable of playing terrific, butt-kicking female heroes — all you have to do is watch her amazing Academy Award-nominated performance in Zero Dark Thirty for evidence. And in case that isn’t enough to convince you, consider that the actress was also reportedly offered a lead in the next installment of popular action franchise Mission Impossible, but reportedly turned down the role.

Of course, the question isn’t over how Chastain would be as a superhero, but who she would be. Chastain’s comments already have fans speculating over which superheroine she may bring to the big screen. There are plenty of options. Ms. Marvel is still up for grabs after fan favorite Katee Sackhoff clarified that she hasn’t ever met with Marvel about the role. Medusa is also a possibility, given that the heroine makes an appearance in The Inhumans movie, already in the works at Marvel. Jean Grey, Spider-Woman, and Poison are more viable choices discussed by fans, among others.

This isn’t the first time Chastain has spoken out about her desire to see more female-driven superhero flicks. In an interview with The Wrap last month, she expressed frustration that the Black Window solo movie hadn’t yet come to fruition, even calling the idea a “no-brainer.” Both of her statements come at an opportune time. The lack of focus on female comic book characters in film has been a much-discussed topic as of late, spurring Marvel, DC Comics, and Sony to announce early plans for several new female-focused movies, such as Captain Marvel, an Amazing Spider-Man spinoff, and a potential Wonder Woman film.

Now, with top-notch talent like Chastain expressing interest in taking on those roles, the tide will hopefully only continue to turn in the favor of more diverse and layered superhero movies.