A ‘Lightweight’ Xbox One and More New Video Game Rumors

January might not be filled with big video game news, but that doesn’t stop the rumor mill from churning up some exciting possibilities. This week we have rumors about new Xbox hardware, the future of Assassin’s Creed, an upcoming Teenage Mutant Ninja Turtles game, and more. So read on for all the latest video game rumors that are worthy of your attention.

The Assassin’s Creed series kicked off with a set of games that put players in the shoes of Desmond Miles, a present-day hero who could use fancy technology to inhabit the lives of his assassin ancestors. To avoid spoilers, let’s just say that the series left Desmond behind. Ever since, the games haven’t paid much attention to the present-day situation, focusing instead on the historical characters and settings.

If the conjecture below is true, the present-day setting may play a much larger role in future games. From Destructoid:

The recently-released Jack the Ripper add-on to Assassin’s Creed Syndicate contains six Assassin intel files that detail the faction’s highest priorities and future direction. The video embedded above has all of them laid out in order for easy reading.

The third file is of particular interest. In it, an influential Assassin says “I think the continued involvement of the Initiates is dangerous. They are not trained Assassins … Involving a large number of civilians who simply happen to own a device connected to Helix puts them directly in the Templars’ crosshairs.” In the fifth file, another Assassin agrees with this sentiment.

Finally, Bishop, the one leading the Initiate charge, confirms that the Assassins are shutting down the program. She states “To any Initiates reading this, thank you for your great service. For your own safety we will not be contacting you for the foreseeable future. But the fight isn’t over, and there’s a good chance you’ll hear from me again.”

It’s hardly definitive evidence, but it could point to future games either without a present-day framing device at all, or the introduction of a new Desmond-like hero. Either way, it will be a shake-up for the franchise.

2. Will Microsoft introduce a “lightweight” version of Xbox One?

According to the “IT knowledge base” Petri, citing an internal source, Microsoft is planning to release a “lightweight” version of the Xbox One this year. This device would apparently be a less powerful piece of hardware that would only play games from the Windows Store.

In other words, it wouldn’t really be an Xbox One at all. It’s certainly possible Microsoft is working on a set-top box with similar capabilities to the new Apple TV, but I highly doubt Microsoft would use Xbox One branding for it. In any case, time will tell.

3. Is this what the new TMNT game will look like? 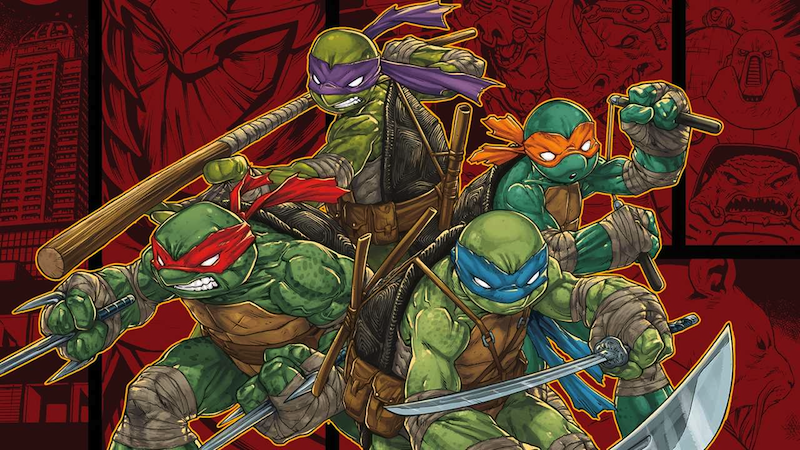 Thanks to a series of leaks, coming from rating boards and achievement lists, we know developer that Platinum is working on a new Teenage Mutant Ninja Turtles game. The latest info to slip out of that very leaky ship is the artwork shown above.

Those sure are some stylized turtles. They look more similar to the character designs in the comics than in the movies or cartoons. No matter how the turtles look, if the game is as good as classic beat-‘em-ups like the Super Nintendo’s Turtles in Time, this could be a great couch co-op game.

Official details haven’t been released yet, but it appears that Activision Blizzard has acquired Major League Gaming for $46 million. MLG, one of the biggest eSports companies in the world, had apparently been looking for buyers for some time, but didn’t manage to seal a deal. Fortune reports that just before midnight January 1, 2016, Activision Blizzard acquired the company’s assets.

What this means for the future of MLG remains to be seen, but big changes seem likely. Fans of eSports should keep an eye on this story as it develops throughout the week.