Aaron Hernandez: What Secrets Did the Former Football Star Take to His Grave?

Aaron Hernandez was found dead in his prison cell on April 19, 2017. The former New England Patriots star was found with a bed sheet around his neck. His death was later ruled a suicide. So many lives were destroyed in Hernandez’s tragic story and so many questions were left unanswered about why he took his own life at the time he did.

Just five days before his death, the athlete was found not guilty of double murder in the shooting death of Daniel de Abreu and Safiro Furtado. Moreover, his defense team was appealing his conviction for the 2013 killing of Odin Lloyd for which Hernandez was serving a life sentence without the possibility of parole.

Hernandez allegedly had many secrets, and some may have been too much for him to bear. Here’s what could have put the ex-NFL player over the edge.

The football star may have struggled with his sexuality

Aaron Hernandez may have been hiding this secret. |  Jared Wickerham/Getty Images

In March 2018, a documentary called Aaron Hernandez Uncovered aired. Many people who knew the former football player claimed that he was gay. His lawyers, ex-girlfriend, and others alleged that Hernandez struggled with his sexuality for years.

Days before his death, an investigative journalist named Michele McPhee went on Boston’s WEEI radio station and joked on air with the hosts about Hernandez being a gay man. Word about what was said on the program got back to Hernandez in prison, and two days later, he killed himself.

His ex-girlfriend alleged that Hernandez was molested 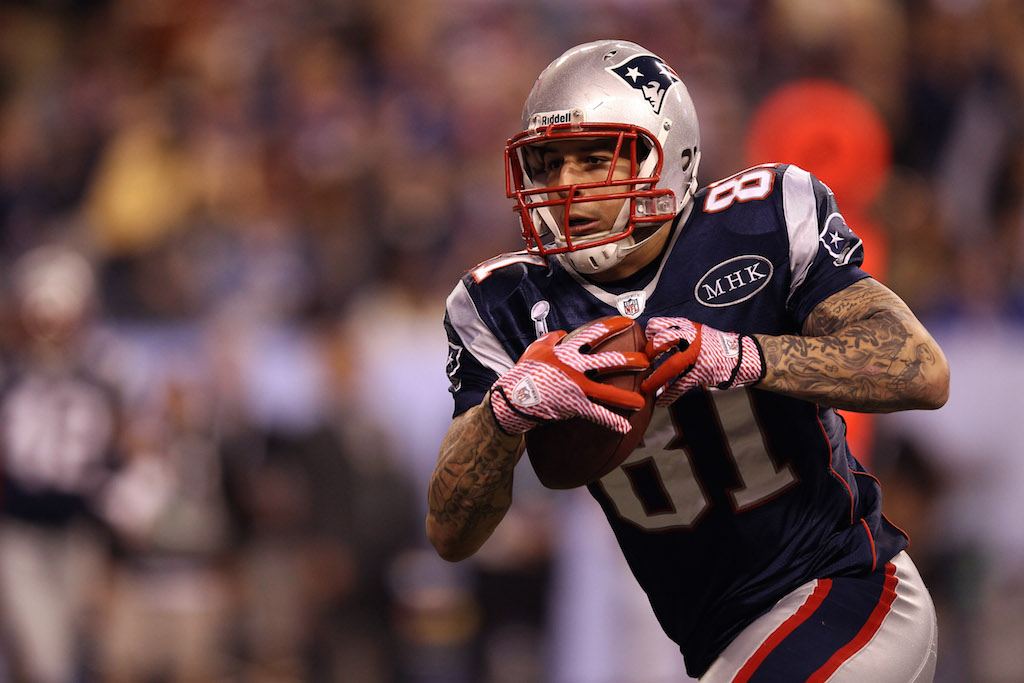 Aaron Hernandez reportedly told his ex that he was molested as a kid.. | Ezra Shaw/Getty Images

Another shocking allegation revealed in Aaron Hernandez Uncovered came from his ex, Alyssa Anderson. The two were together in college and reconnected via letters while Hernandez was incarcerated. She alleged that the former Patriots player told her that he was molested when he was a child and never came to grips with what happened.

“He did open up about some of the struggles he had gone through as a kid,” Anderson claimed. “He admitted to being molested as a kid, but he never dealt with it. And it led to issues in his sexuality.”

Next: Hernandez suffered from this disease.

Something else that may have contributed to his death could have been the fact that he suffered from chronic traumatic encephalopathy, commonly known as CTE. The disease is caused by repeated head trauma and has been found in several former NFL players. Hernandez’s case was stage 3 and has been called one of the worst given his age.

“This is the first case that we’ve seen that kind of damage in such a young individual,” said Boston University neuropathologist Dr. Ann McKee who spoke about what Hernandez’s autopsy revealed.

She also explained that his memory, judgement, and emotions were the areas of his brain affected most by the disease.

Next: His conviction became null and void.

His conviction has been dismissed 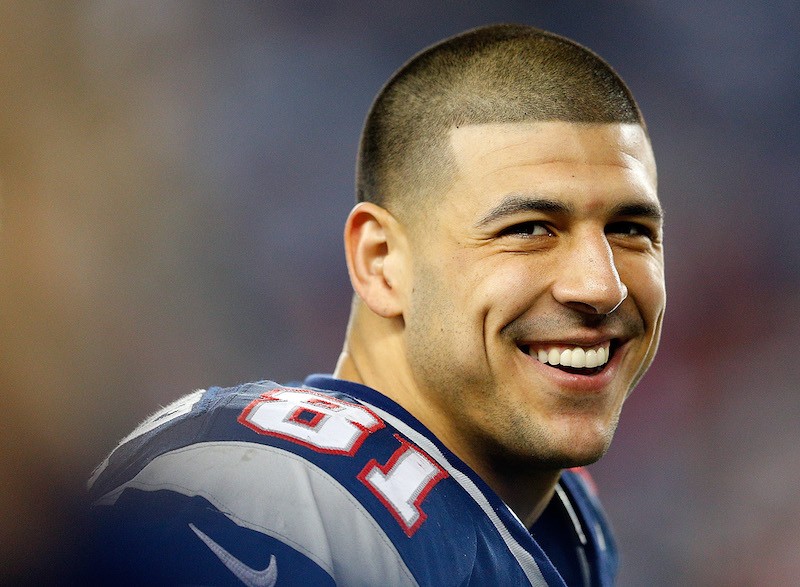 Because an appeal for Hernandez’s first-degree murder conviction was pending at the time of his suicide, a Massachusetts law allowed that conviction to be vacated. Under the legal doctrine of abatement ab initio, a defendant who dies before their appeal can be heard may have that particular conviction vacated and, therefore ,be posthumously acquitted.

In May 2017, a judge ruled that Hernandez’s conviction be dismissed.

Next: What Hernandez revealed in his suicide note? 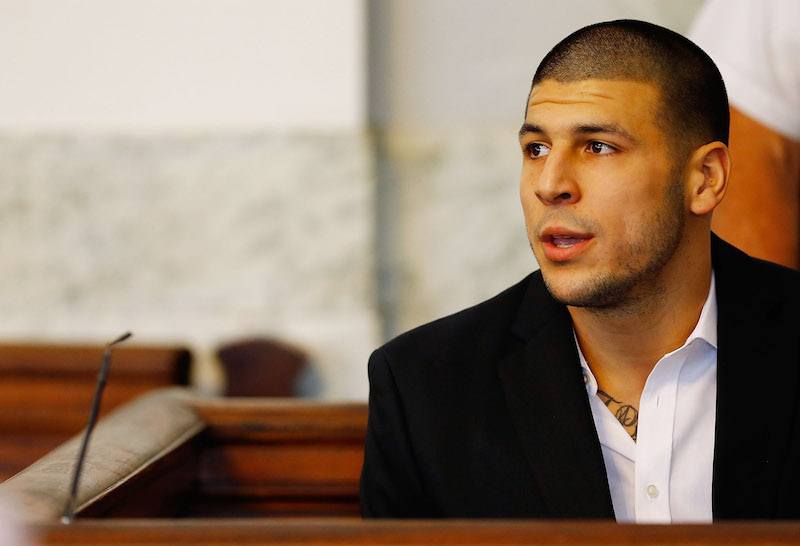 The former New England tight end penned a suicide note to his fiancée, Shayanna Jenkins, in which he told her he loved her and that she would receive some type of windfall following his death writing, “You’re rich.”

At the time of Hernandez’s death, however, his estate was valued at $0, but there were reports that his family could seek money from the Patriots on the grounds that his murder conviction was reversed after he died.

Moreover, the Boston Herald noted that Hernandez hid money away for his daughter, Avielle, in an AJH Irrevocable Trust. The contents of that trust are not public record.

Next: Was he the shooter?

Did he pull the trigger? 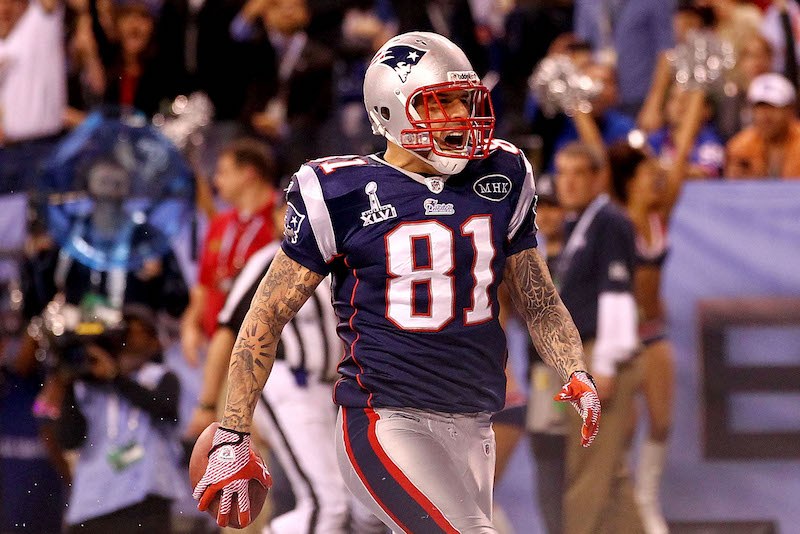 What makes this story even sadder it is that Hernandez’s family is not the only family devastated by all this. Lloyd’s family has had to deal with the loss of their loved one, and the tossed-out conviction is certainly something they never wanted to see happen.

Furthermore, Hernandez’s attorney, Jose Baez, raised questions about if his client really pulled the trigger the night Lloyd was killed because there were two other men present as well. Without an appeal hearing, that story will never be told and justice may never be served for Lloyd’s family.

Next: What could have been?

Everyone is left to wonder what might have been 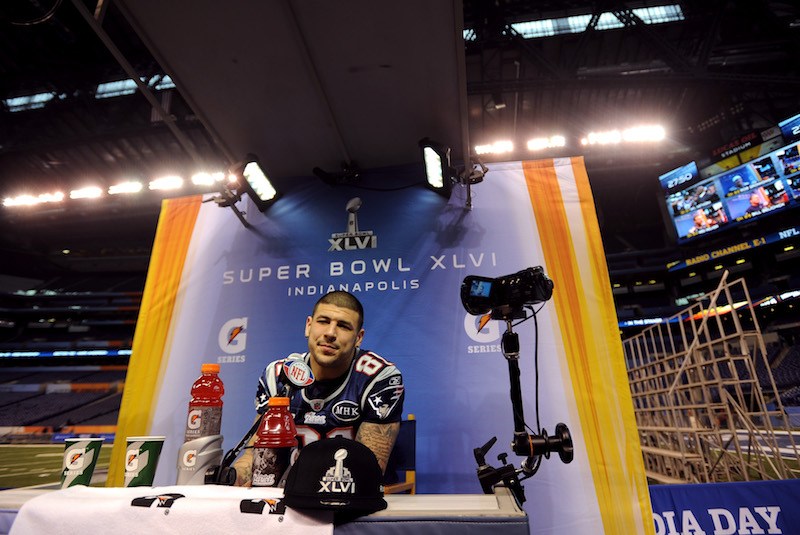 The former football star once had a promising future. | Michael Heiman/Getty Images

Just months before Hernandez was arrested and charged with Lloyd’s murder, the former Pro Bowler seemed to be living out his dream and signed a contract extension with the Patriots for $40 million dollars.

He also welcomed his first child with Jenkins and purchased a beautiful home for his family. But that was all thrown away by the choices he made and the company he kept.

Now, his family and friends can only wonder what could have been.