Aaron Rodgers and Mike McCarthy’s Feud: Who Will Be the Packers Next Head Coach? 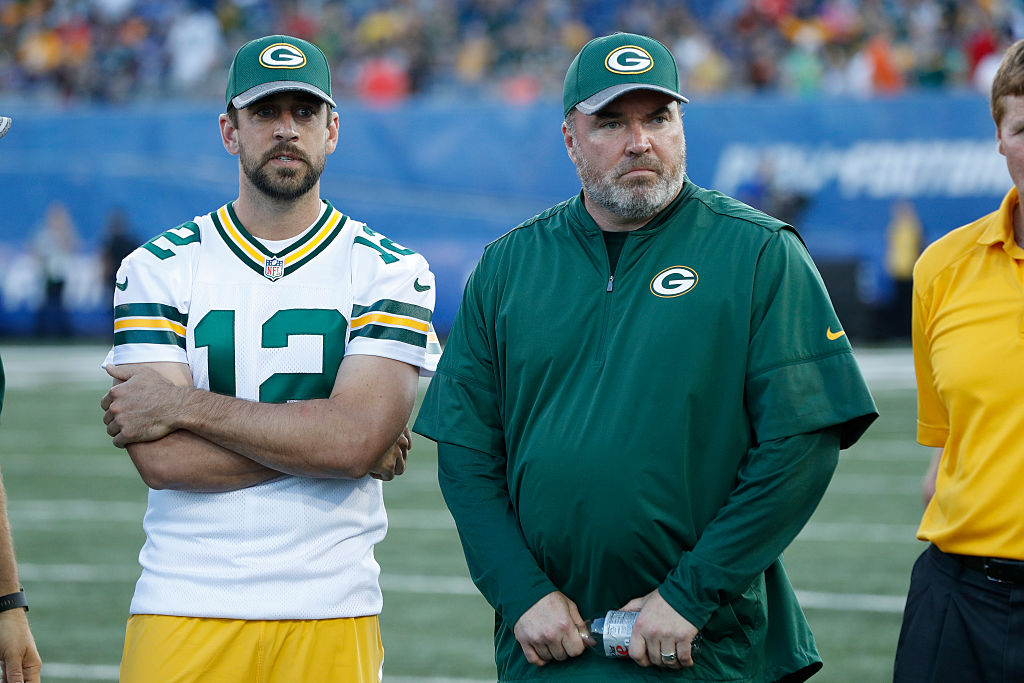 Aaron Rodgers is linked to another feud, but this time it’s not with his family. After Green Bay Packers Head Coach Mike McCarthy was fired, many questions remain. One thing fans want to know is who will be the new Packers head coach. Here’s what we know.

Mike McCarthy is fired from the Packers 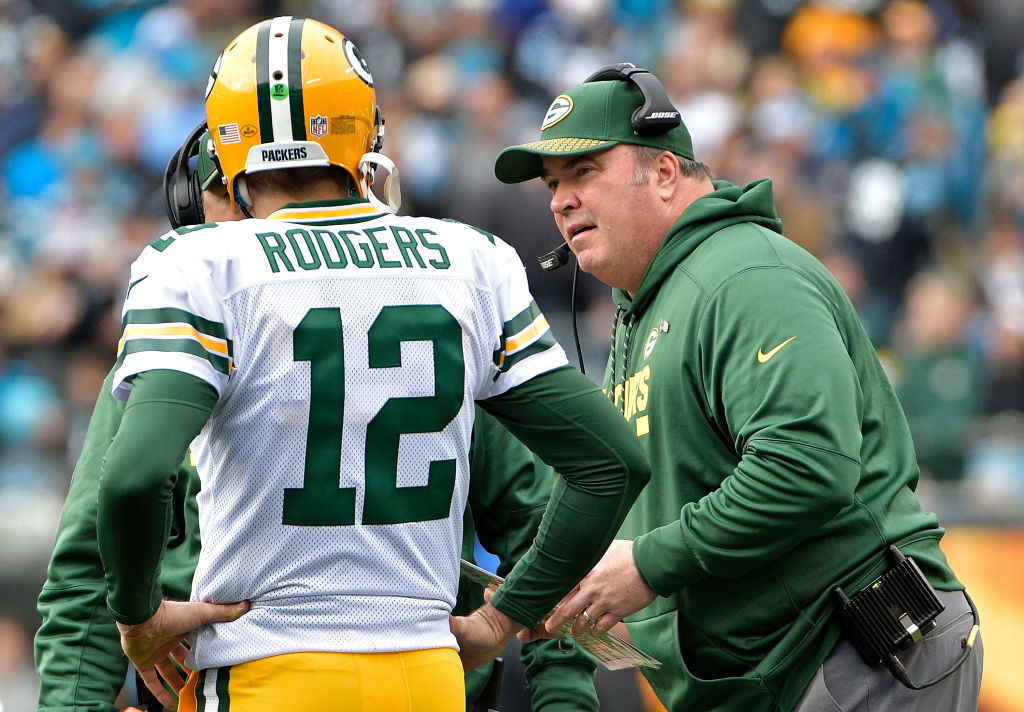 Green Bay Packers Coach Mike McCarthy was recently fired after a 20-17 loss to the Arizona Cardinals. Packers CEO and President Mark Murphy expressed disappointment in the team’s recent performance: “The 2018 season has not lived up to the expectations and standards of the Green Bay Packers,” said Murphy said in a statement.

McCarthy is out of a job, but it’s likely he’ll bounce back quickly. He coached the Packers to victory at Super Bowl XLV and helped the team reach 135 wins over 13 years.

The feud between Aaron Rodgers and Mike McCarthy 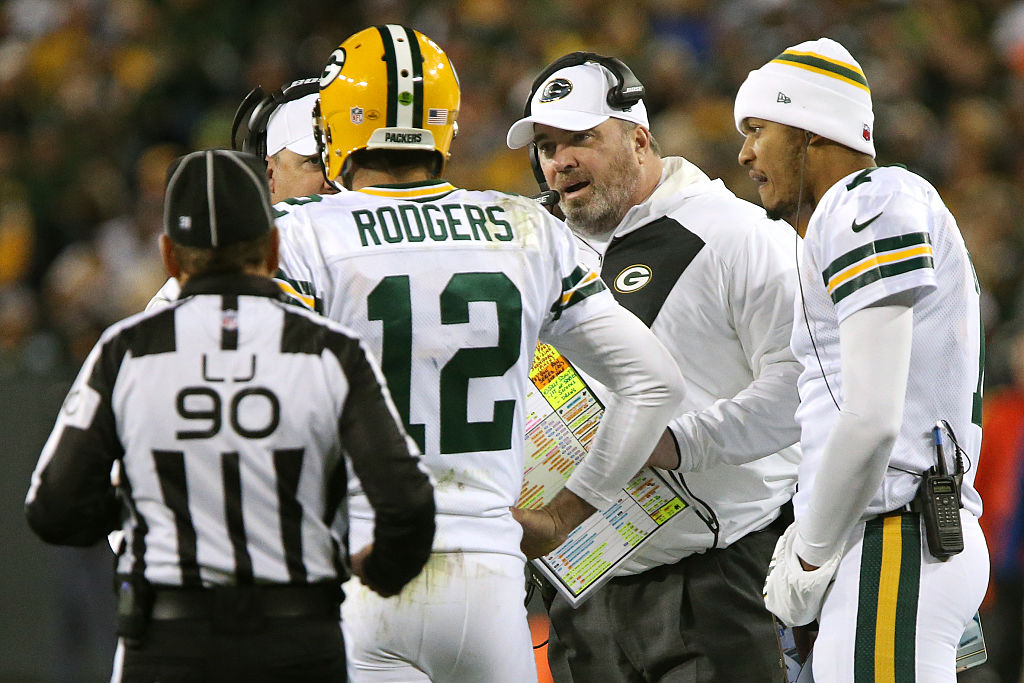 ESPN describes the relationship between Rodgers and McCarthy as “complex.” The two have had tension between them for a few years. Some were quick to point fingers at Rodgers, saying he was part of the reason for the firing, but ESPN reports the football player says he hopes he is not the reason for McCarthy’s departure:

I hope that’s not the reason. I think him and I, like any relationship, we have our amazing times, we have our times where we butt heads. But the basis, like I said, was built on mutual respect and communication. We spent a lot of times here talking off the field, in my house, in his house. We spent time together and growing our friendship and we accomplished a lot together. 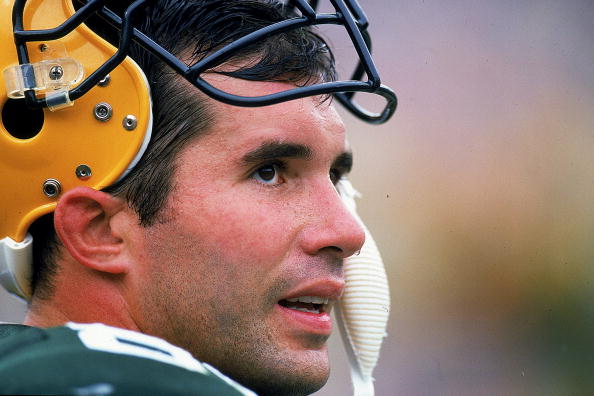 Although Rodgers has lots of fans, there are some people who don’t care for him that much. One of them is former Packers tight end Mark Chmura. During an interview with ESPN, he criticized Rodgers, blaming him for McCarthy’s firing and calling him a “prima donna.” This is what Chmura had to say in his ESPN interview:

Aaron is not gonna come out of this looking good. Aaron might be happy, but Aaron, to me, looks like the prima donna basketball player in the NBA that wants his coach fired. There were rumblings last week — ‘cause I listen to a lot of the national media — that were saying Aaron Rodgers is difficult to coach, whether that’s because he’s smart or whatever the case may be. He might be happy, but I don’t think he comes out of this looking good. He got his coach fired.

Some blame Rodgers for McCarthy losing his job, but that isn’t how Murphy sees things. He says Rodgers had nothing to do with McCarthy’s firing. He also says Rodgers won’t have the final say in who the new Packers coach will be, reports ESPN. “Obviously, he’s free to provide input and talk to us,” said Murphy about Rodger’s involvement. “But he’s not going to be a part of the process. The other thing I would say, Aaron was no part at all in the decision to move on from Mike.”

Who will be the next Green Bay Packers coach?

First-year General Manager Brian Gutekunst will play a key role in selecting McCarthy’s replacement, according to ESPN. Murphy says Interim coach Joe Philbin, offensive coordinator for the Packers and former Dolphins head coach, will get a chance to throw his hat in the ring. However, he wouldn’t reveal if defensive coordinator Mike Pettine, former Browns head coach, will also get a shot at the job.

Read more: Aaron Rodgers’ Ex-Girlfriend Has an Opinion on the Family Feud