ABC’s ‘Rising Star’ Fails: Are There Too Many Talent Shows? 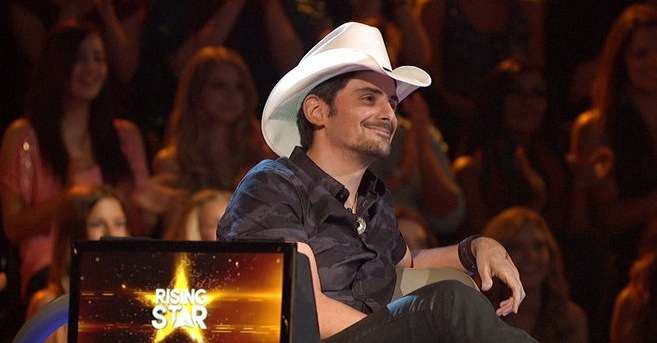 ABC debuted its new music competition show, Rising Star, on Sunday night to dismal ratings that may show that audiences already have too many talent shows to choose from. Not even the star power of celebrity judges Kesha, Brad Paisley, and Ludacris were enough to draw viewers.

According to Entertainment Weekly, Rising Star pulled in 5.1 million viewers and a measly 1.5 rating among adults ages 18-49. Part of that poor performance can be attributed to the show’s lead-in, the obstacle course challenge Wipeout, which saw a series low of 3.5 million viewers and a 1.0 rating. Both Wipeout and Rising Star were topped by competing series from NBC. While NBC’s obstacle course show, American Ninja Warrior, doesn’t air at the same time as Wipeout, it has proven more popular among audiences.

American Idol was the nation’s most-watched primetime show for eight consecutive years and made huge successes out of contestants Carrie Underwood, Kelly Clarkson, and Jennifer Hudson. Viewers also enjoyed watching the earlier elimination rounds in which potential contestants would frequently embarrass themselves on national TV, as well as the strange rapport between judges Paula Abdul, Randy Jackson, and Simon Cowell.

NBC debuted The Voice in 2011, and despite the show’s similarity to Idol, it proved a massive success and has gotten killer ratings for NBC since it premiered. Part of the show’s appeal has been gaining some of music’s biggest stars as its judges, including Adam Levine, CeeLo Green, Christina Aguilera, Usher, and Shakira. The show’s seventh season will see Gwen Stefani and Pharrell Williams replacing Aguilera and Green.

But it was another NBC talent contest, America’s Got Talent, that took out Rising Star, as The Voice is currently on its summer hiatus. America’s Got Talent allows performers to display whatever kind of talent they have before a panel of celebrity judges that includes Heidi Klum, Howard Stern, Howie Mandel, and the Spice Girls’ Mel B. Dancers, psychics, magicians, and musicians of various kinds are all featured on the show.

The show is now in its ninth season, the premiere of which saw 12 million viewers. The episode of America’s Got Talent that aired during ABC’s premiere of Rising Star nabbed 8 million viewers and a 2.1 rating among audiences ages 18-49.

While the talent show formula has proven successful, ABC has been left out in the cold, as the network’s attempts to get in on the fad have resulted in failure. Critics were equally as unimpressed with Rising Star as audiences: “So is Rising Star that next big thing? The short answer is no. The long answer? Nooooooo,” said Entertainment Weekly’s Marc Snetiker. It doesn’t look like this show will be the one to provide ABC with a hit talent series.