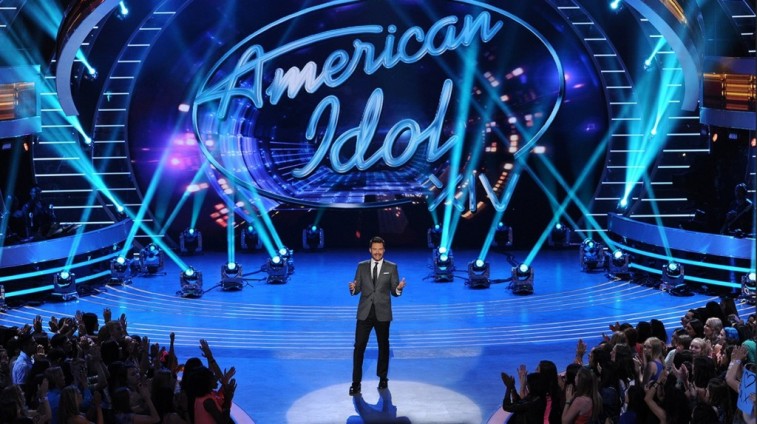 Fox announced this week that the network is finally willing to let American Idol go after keeping the reality show on life support for longer than many felt was necessary. The show has been suffering from declining ratings and general interest for years, but Fox has kept on replacing judges and plugging the talent contest as if people are still interested in a time where our pop stars are found not on television, but on YouTube and social media.

In its heyday American Idol’s winners had No. 1 singles on the Billboard charts and were some of the biggest celebrities in pop music, but it would be a challenge for anyone aside from the show’s last remaining fans to name the winners of the last several seasons. Even though the show continues to be one of Fox’s most-watched programs, it hardly has the place in pop culture it occupied for a few years after it debuted in 2002. After 15 seasons, the show will have its final run next year.

The last season is set to premiere on Fox in January 2016, with judges Jennifer Lopez, Keith Urban, and Harry Connick Jr. returning along with host Ryan Seacrest, who has hosted the show from the beginning. The season will pay tribute to the show’s history while also searching for the final American idol. “It’s the right time to bring this run to a close,” Fox TV chairman and CEO Gary Newman said in a conference call according to Variety. “We really wanted to do it in a way that felt special and celebratory … and send it off in a way that is as significant as the run it’s had on our network.”

“American Idol has been a big part of my life for so long, it’s frankly hard to imagine it without it,” Seacrest said in a statement also seen by Variety. “It’s been a remarkable journey, and I feel very fortunate to have been part of a show that made television history in countless ways. It’s a show about chasing and fulfilling dreams, and truth be told, it helped some of my own dreams come true too.”

The show was the No. 1 series on TV for eight out of its 15 seasons and created pop stars out of contestants Kelly Clarkson, Carrie Underwood, Jennifer Hudson, Clay Aiken, Chris Daughtry, Adam Lambert, and Katharine McPhee among others. In recent years, though, interest has waned and contestants fall into obscurity shortly after winning the contest. The show still gets high ratings in comparison to other shows on TV, but nothing close to the 25 to 30 million viewers it got in its prime between 2003 and 2010, according to The Daily Beast. While the Season 13 finale might have gained an impressive 10 million viewers, a very high figure in today’s TV climate, the show just doesn’t have the place in America’s pop culture that it once did.

As the show’s hosts have continually been changed out, different celebrities have proven to have varying success with viewers but no group has quite had the chemistry of the original trio of Simon Cowell, Randy Jackson, and Paula Abdul. And with the constant changes, viewers haven’t had time to get as attached to any group of hosts. The formula has also gotten beyond tired after this many seasons, with contestants singing covers of the same songs over and over and the criteria being sought after in the ideal “American Idol” being bland and predictable.

Looking back at my time on American Idol we had a great time. We found great artists. Had fun. And to America. Thank you. It was a blast.

Cowell brought the series over to the U.S. from Britain, where it was called Pop Idol. He quickly became American Idol’s most iconic judge for his caustic and often rude commentary on the contestants’s performances. Cowell left the show in 2010 and was replaced by Aerosmith frontman Steven Tyler, after which the its ratings began to decline. Cowell tweeted “It was a blast,” after news of the show’s cancellation.

Idol’s success has spawned highly rated spin-offs like The Voice and The X Factor as well as other music-themed TV shows like Glee or even one could argue Fox’s latest hit the music industry drama Empire. But it seems it’s past time for the original to hang up its microphone.