Television typically puts entertainment first and realism last when telling stories. That often means money doesn’t quite add up on television like it does in real life, and it usually doesn’t matter. After all, the fantasy of living a certain type of lifestyle is more of an escape for viewers. But television also plays dirty tricks when it comes to age.

There have been a lot of actors who played young teenagers trying to figure out school, dating, and more on television. However, these same actors are actually pushing 30 in real life. Sometimes, this is a good thing, given actresses face ageism and often have an unfortunately short lifespan in Hollywood. But it can also give younger audiences a totally unrealistic picture of what they should look like.

So who are the actors that stretched their age the most to play young characters on television? These 15 actors are way older than the TV show characters they play. 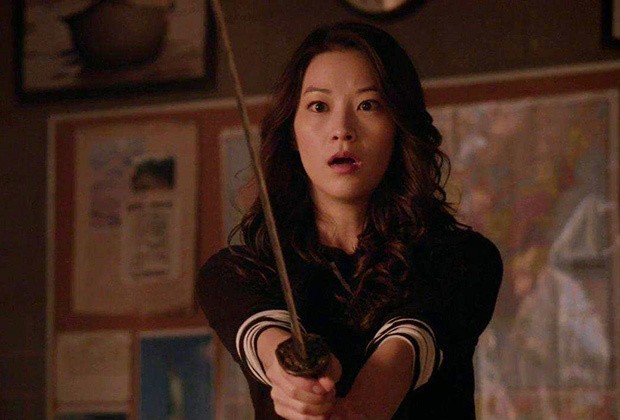 The actress played Kira Yukimura on Teen Wolf. She was supposed to be in high school, but in real life, she was already in her 30’s. Although there was a huge age difference, Cho talked about relating to her younger character’s experiences. She told MOCHI magazine:

There are days that I’m reading the script and I’m walking life as Kira, who is new to this school and awkward and dropping books and clumsy and just that girl. It brings back haunting yet kind of fun memories of my high school experience. And it’s nice, because the difference is I’m actually accepted at Beacon Hills in the Teen Wolf world. In high school I didn’t feel like I ever was.

Next: This actress has played teenagers for 20 years.

2. Bianca Lawson on every teen show ever

The actress looks great and uses that to her advantage. She appeared on Saved by the Bell: The New Class back in 1993 when she was 14-years-old. From there, she went on a slew of other teen shows — including Sister, Sister, Buffy the Vampire Slayer, Dawson’s Creek, The Secret Life of the American Teenager, Pretty Little Liars, The Vampire Diaries, Teen Wolf, and more.

She is now over 30 and can still play characters facing high school. 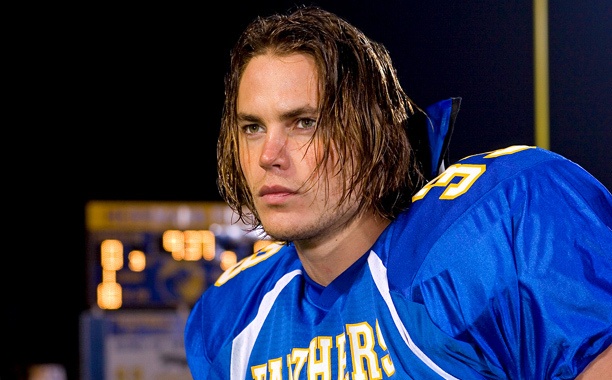 Many know the actor from playing Tim Riggins on Friday Night Lights. When the show started the football player was a sophomore in high school, which would put him about 15 years old.

At that time, the actor was 25 so that is a pretty significant difference.

Next: Miley Cyrus’ costar was almost 30. 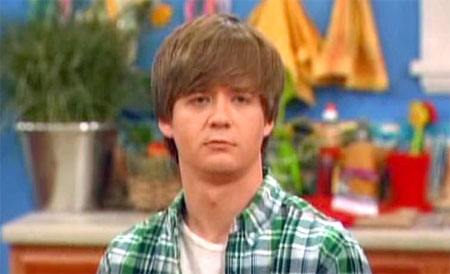 Hannah Montana’s older brother was actually much older in real life. His character was supposed to be a young teenager but at the beginning of the show, Jason Earles was approaching his 30’s.

Fans probably wouldn’t have ever guessed that given how young he looked on the show.

Next: This Riverdale star plays a teenager on another show as well. 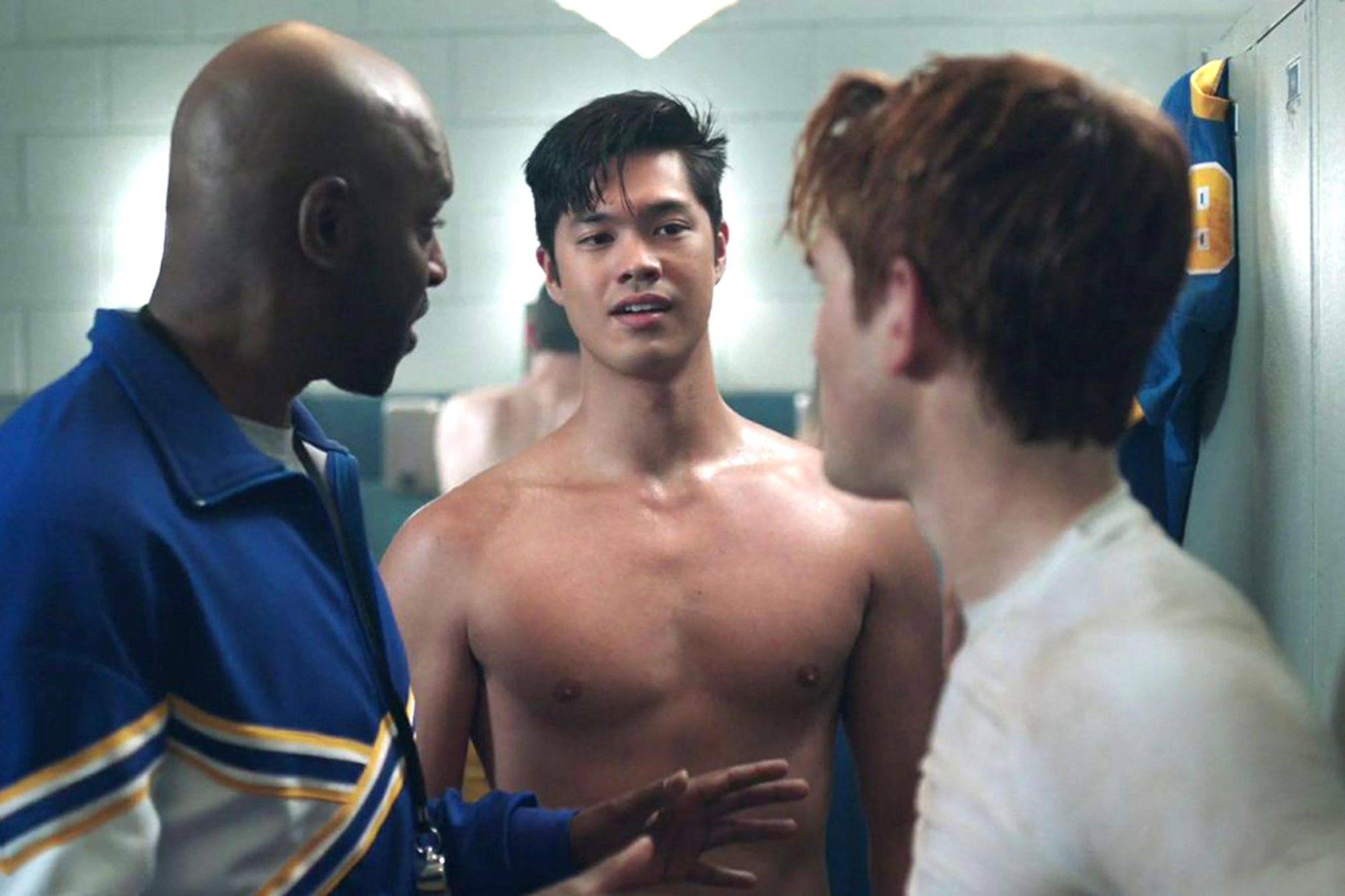 Ross Butler on Riverdale | The CW

Reggie Mantle played by Ross Butler is a sophomore in high school which would put him around 15 years old. In real life, Butler is really 27 years old, but that hasn’t stopped him from snatching up teenager roles.

He left to play Zach Dempsey on 13 Reasons Why, who is also in high school.

Next: Buffy’s nemesis was a lot older than the average high school student.

Charisma Carpenter on Buffy the Vampire Slayer | The WB

Cordelia was the popular cheerleader who didn’t exactly get along with Buffy, Willow, and Xander on Buffy the Vampire Slayer.

Although the character was a young teenager, Charisma Carpenter was almost 30 when the show first started.

Next: You probably wouldn’t be able to guess this Gilmore Girls star’s age. 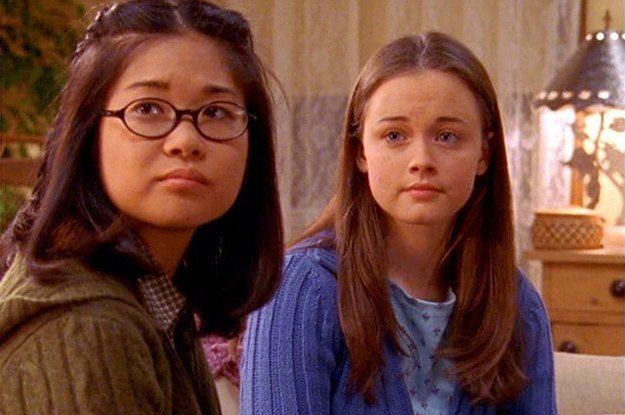 Keiko Agena and Alexis Bledel on Gilmore Girls | The WB

Alexis Bledel notably grew up on Gilmore Girls with her being 19 years old when she first started playing Rory. But the actress playing her best friend, Keiko Agena, was a bit older. She was 27 years old when she began playing 15-year-old Lane.

Next: This Glee star was in his 30’s while working on the show.

The quarterback-turned-singer was portrayed by an actor that was much older than the character. Corey Monteith was already 27 when he began starring as the confused teenager.

He unexpectedly died at 31, which led to his character dying on the show as well at just 19.

Next: This beloved high school dropout was much older in real life.

The Fonz was actually a high school dropout on Happy Days. But although the character was a teenager, the actor was creeping on his 30’s. It didn’t really matter, given The Fonz is still one of the most iconic characters on television.

Now, looking back at the show, Henry Winkler does look much older.

Next: This throwback will still shock you when you find out this age difference.

The hit teen drama was full of adult actors. One of the oldest was Gabrielle Carteris, who played the studious Andrea Zuckerman.

While her character was worried about getting extra credit and trying to get a scholarship to Yale, the actress was already in her 30’s.

Next: This vampire actor is nowhere near either of his character’s ages.

11. Paul Wesley on The Vampire Diaries

Paul Wesley on The Vampire Diaries | The CW

Age gets kind of weird when you’re dealing with vampire characters. But Stefan Salvatore was supposed to be turned into a vampire at 17. The show catches up with him enrolling in high school even though he’s really over 100 years old.

In real life, Paul Wesley was already 27 when he started playing the teenager character, and by the end of the show, he was 34.

Next: This actor still played a brooding student when he was much older.

Jason Behr on Rosewell | The WB

Max Evans was a brooding alien-human hybrid going through high school in Roswell. Jason Behr, who portrayed him, was already 26 years old.

The show lasted three seasons before it ended. Now, the actor is portraying an adult character on Breakout Kings.

Next: Dawson’s Creek had a much older cast than the characters.

Andie McPhee is an ambitious young student worried about boys as well. In reality, the actress playing her was just a year away from her thirtieth birthday.

That didn’t matter since her character was beloved among the fans, and the show lasted six seasons.

Next: The actor played this teenager character into his 30’s.

14. Joe Thomas on The Inbetweeners

Simon is one of the main characters who are awkward and doesn’t know exactly where they fit in at school in The Inbetweeners.

Joe Thomas was 25 years old when he started playing the student, but at one point, he was already in his 30’s still playing the teenage character in The Inbetweeners 2.

Next: This older actor played an iconic character in his younger years.

Tom Welling on Smallville | The WB

When the show first started Clark Kent was just a young boy getting hazed in high school as a freshman. That meant he was 14 years old which was actually a full ten years younger than the actor.

But fans loved him as young Clark Kent, and the show lasted 10 seasons.

Read more: How Much Money Would These 13 TV Characters Make in the Real World