The first live-action Star Wars TV show is finally in the works. This new series will be for Disney’s upcoming streaming service, and it will be produced by Jon Favreau.

The show is still in its very early stages, and there have not yet been any casting decisions made. But there are already some actors who come to mind as people we’d love to see enter the galaxy far, far away. Here’s a look at some of those actors we think would be well-suited for a Star Wars show. 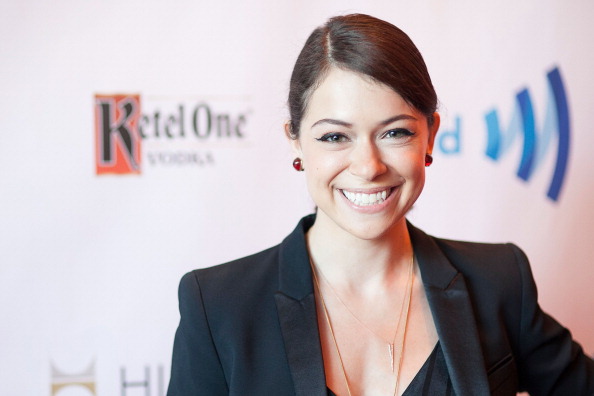 Back in 2015, there was a report that Tatiana Maslany was in consideration for a Star Wars movie. That movie ended up being Rogue One, and the part went to Felicity Jones instead.

But ever since then, we haven’t been able to shake the idea that Maslany would be perfect for Star Wars. We saw on Orphan Black that she’s an incredibly talented and versatile actress, often playing half a dozen different characters within the same episode.

In Star Wars, she could portray any number of characters of any species — and maybe even more than one of them. We tend to imagine her as one of the lead heroines like Rey or Leia. But based on the way she was able to portray evil characters, like Rachel on Orphan Black, she could be a villain as well.

With Orphan Black having ended in 2017, Maslany might be free for Star Wars if Lucasfilm is interested.

Next: This actor would make for a great Imperial.

Depending on what the plot of the new Star Wars show is, Lucasfilm will probably be in needs of some good Imperial generals. If so, Jeremy Irons would be a great choice. He’s got the gravitas, the look, and the voice that an effective Imperial antagonist needs. We can just imagine him chewing on the scenery and having a ball as one of the show’s main villains.

Though Irons has been primarily focused on film in recent years, we did see him star as the lead character on The Borgias not that long ago. The only question would be whether Irons would actually be free, as he keeps a fairly busy schedule.

Next: This Game of Thrones actor could do well in the Star Wars world.

Nikolaj Coster-Waldau is known for playing Jaime Lannister on HBO’s Game of Thrones. But he’s about to be out of a job, as that series concludes in 2019. This would free him up just in time for the Star Wars show to go into production.

Coster-Waldau is an excellent actor, and on Game of Thrones, he is able to portray a complex man who we start off hating but end up sympathizing with and even rooting for. The Star Wars saga is full of plenty of characters like that, from Agent Kallus to Darth Vader himself.

He also has the charm required to play a roguish, Han Solo-type if necessary. If Disney hopes their Star Wars show an can attract viewership to rival a series like Game of Thrones, it would be a wise move to poach one of that show’s best performers.

Next: This young actor could play a teenager in the show.

In recent years, the Star Wars movies have steered clear of main characters played by actors under 18; maybe that’s because centering The Phantom Menace around a kid turned out so poorly. But seeing as so many Star Wars stories are about young people finding their place in the galaxy, it would be interesting to see an actual young actor step into the franchise again in a big way.

If the new show wants to go that route, one option would be Ty Simpkins. You’ll recognize Simpkins as Gray in Jurassic World, Harley in Iron Man 3, and Dalton in the Insidious franchise. He was able to capture that sense of magic and wonder in Jurassic World that would be required of him if he were to play a young kid learning the ways of the Force, i.e. Ezra Bridger. Or if he were to play a darker role, we saw from Insidious that he’s capable of that, too.

Seeing as Jon Favreau is producing the new Star Wars show, it wouldn’t be surprising to see him think of Simpkins, as they worked together on Iron Man 3.

Next: This actor would make a perfect villainous character.

Another actor who was once considered for a role in Star Wars is Jesse Plemons; he confirmed in 2016 that he auditioned for The Force Awakens. Ever since then, we’ve been imagining him as an evil Imperial officer in the vein of General Hux.

Plemmons has been absolutely on fire over these past few years. He usually, but not always, plays creepy, hateable characters who always seem like they’re going to snap at any moment, from Breaking Bad to Black Mirror. Even in the 2018 comedy Game Night, Plemmons gave a legitimately remarkable performance as the weird neighbor who nobody wants to invite over.

We can easily picture Plemmons delivering a bombastic speech similar to Hux’s in The Force Awakens and ordering for our lead characters to be hunted down and executed while looking like he’s about to burst with rage. Plemmons is fairly in demand, but he’s not currently committed to any ongoing projects that would make his presence in the Star Wars galaxy impossible.

Next: This up-and-coming actress currently stars on a hit TV show.

Those tuning in to Atlanta for Donald Glover found themselves surprised by how fantastic all of the show’s other actors were, especially Zazie Beetz, who plays Van. Atlanta is both a comedy and a drama, and Beetz often gets a chance to show off her dramatic abilities on it.

In the episode “Value,” for instance, she delivers a brilliant but subtle performance in a scene where she gradually becomes fed up with a friend over dinner. Beetz has only been in a handful of other projects, now starring in Deadpool 2. She’s one of those young actresses who is clearly going to do great things in the future, and we’d love to see Star Wars be one of those things.

Next: This actress has starred in a lot of sci-fi films lately, and she was phenomenal in a popular anthology series.

Over the past few years, Gugu Mbatha-Raw has been really impressing us, especially in science fiction projects. In 2016, she stunned everyone in Black Mirror‘s best episode, “San Junipero,” in which she delivers an emotional monologue near the end that was truly something to behold.

We also recently saw excel her in The Cloverfield Paradox. That movie wasn’t great, but she made for a compelling lead; her believable performance elevated a fairly cliche subplot. In A Wrinkle in Time, she didn’t have a lot to do; however, she was given one particular scene near the end that was one of the movie’s best.

Mbatha-Raw is exactly the right level of famous where she is a proven talent but isn’t so widely recognized that her showing up in Star Wars would be distracting. Depending on the new show’s plot, it might be great to see Mbatha-Raw as the lead. But we could also see her as a young Imperial officer like Rae Sloane in the novels.

Next: This actress was the lead of two separate shows in 2017.

If there’s one thing we learned from watching TV in 2017, it’s that Carrie Coon is one of the best actresses working today. For a few months, she starred both as the police chief on Fargo Season 3 and as Nora Durst, the main female character on HBO’s The Leftovers.

On Fargo, Coon nailed the role of the optimistic, unassuming hero who faces down an evil she is not fully equipped to handle. She was absolutely exceptional in it, receiving an Emmy nomination for the role. Meanwhile, on The Leftovers, she played a perpetually overwhelmed woman desperately trying to cope with a traumatic experience. She also showed up in a less significant role in The Post and Avengers: Infinity War.

It seems pretty clear that Coon would be capable of just about anything. But considering how well she played a damaged person holding back an emotional breakdown all the time in The Leftovers, we imagine her as a complex villain.