5 Actors Who Refuse to Do Their Own Stunts

Most movies and TV shows require some level of stunt work, but that doesn’t necessarily mean that the actors are always willing to perform it. While some stars are known for jumping at the chance to do their own stunts, others would rather leave any dangerous action sequences up to the professionals. Here are five actors who take a hard pass when it comes to performing their own risky stunts.

In an interview with Zap2it last year, the actress admitted that she didn’t do any of her own stunts on the freshman season of Starz’s comedy horror series, Ash vs Evil Dead. “Oh, hell no. Are you crazy? I never did,” she said when asked if she had the opportunity to her own stunt work. She then went on to explain.

No, it’s dangerous. You can’t have your actors fighting other actors who maybe have never done sword fighting or whatever. If you damage your star, everybody’s out of work. So I used to do it with fights but only while the camera was on me. When they turned around on the guest actor, they’d be fighting the stunt woman. That’s how it works.

Back in 2010, the former Castle star revealed why he no longer did his own stunts on the show. As he tells it, he was initially excited about getting in on the action, but soon realized it was best to leave it to the professionals — for multiple reasons.

“I was always the guy who said, ‘Let me do it, I want to do that stunt,'” Fillion said, per Digital Spy. “And then two things happened.”

What were those two things? “I got kicked in the knee, never been the same,” he explained. “[And] I realized that if you do the stunt — there’s a stunt guy waiting on the side dressed in your outfit ready to do the stunt and if you do it, he doesn’t get paid. He gets paid by the stunt. Somebody’s job — I don’t want to mess with that.” 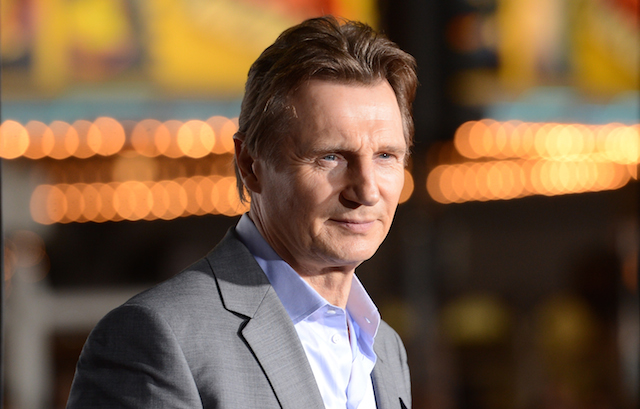 Given his full-fledged action stardom, it may come as a surprise to learn that Liam Neeson doesn’t do any of his own big stunts. He does, however, do all of his own fighting and works closely with the coordinators to learn the proper techniques of hand-to-hand to combat.

“I do my own fights, I don’t do my own stunts and there is a difference,” he told Collider in 2012, while promoting Taken 2. “My dear friend Mark Vanselow, my stunt double, does all the flying through glass, jumping buildings, and stuff. But, I do my own fighting. That’s my claim to fame.”

Like Neeson, Caity Lotz does all of her own fighting, but leaves the falling and other major stunts to the pros. The actress, who starred on The CW’s Arrow before resurfacing on DC’s Legends of Tomorrow, recently told Cosmopolitan magazine that she trained in martial arts long before joining the world of comic book TV. But although she excels in the combat scenes, she doesn’t feel quite as confident with some of the other stunt work.

“All of the fighting I pretty much do. I have an awesome [stunt] double, too, so for taking falls or getting hit or being thrown across the room or something, I’m like, ‘Yeah, you go ahead. You do that one,'” she joked. Lotz then went on to add.

It’s dangerous. You have to jump through glass. When people jump through glass, someone has to press a button and it shatters the glass, but you’re supposed to hit it slightly first and then shatter it right away, but if it [it’s not timed right] you can really get hurt. Also, you’re going to get cut even though it’s [fake], you still end up with cuts, so there are definitely times when I need the double.

Last year, Trejo was very frank about the fact that he doesn’t do his own stunts, even going so far as to make a not-so-subtle slam at the actors who claim they do. “No. First of all, making movies is a business. Now all you actors that want to disagree me, I dare you,” he told Fox News in 2014. “The reality is insurance companies won’t let us do our own stunts. We have professionals, just like I’m a professional artist.”