Over the past few weeks, women in the entertainment industry have been coming forward to bravely share their stories of sexual harassment and assault. This all began with Harvey Weinstein; nearly 80 women have accused the producer of sexual misconduct.

But Weinstein was only the beginning. Since then, many actresses have continued to share their stories in order to prove how widespread a problem this is and, in a few cases, to expose some of the perpetrators.

These are the actresses who have most recently spoken out about the prevalence of sexual harassment and assault in Hollywood. 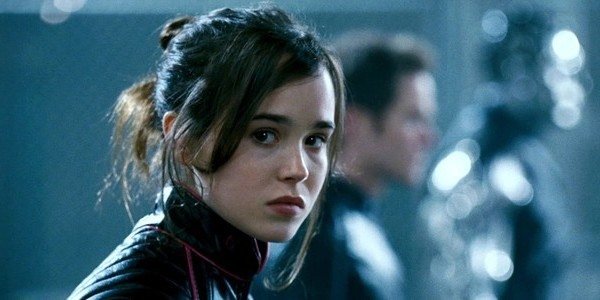 On Nov. 10, Ellen Page penned a Facebook post about her experiences with sexual harassment. She explained that on the set of X-Men: The Last Stand, director Brett Ratner made a homophobic comment toward her, telling her to have sex with another woman “to make her realize she’s gay.”

Page says that at this time, she was grappling with her sexuality and was not out of the closet. She felt violated by this comment and says she continued to hear Ratner make derogatory remarks towards women throughout the entire production. Page makes it clear that Ratner wasn’t the only problem, though.

She explains that in addition, a director sexually harassed her and a crew member sexually assaulted her. She wrote:

When I was sixteen a director took me to dinner (a professional obligation and a very common one). He fondled my leg under the table and said, “You have to make the move, I can’t.” I did not make the move and I was fortunate to get away from that situation. It was a painful realization: my safety was not guaranteed at work. An adult authority figure for whom I worked intended to exploit me, physically.

I was sexually assaulted by a grip months later. I was asked by a director to sleep with a man in his late twenties and to tell them about it. I did not. This is just what happened during my sixteenth year, a teenager in the entertainment industry.

Later in the Facebook post, Page questions why men like Roman Polanski and Woody Allen still get work. Page worked with Allen on To Rome with Love, and she says she now regrets it. She concludes, “I am grateful to anyone and everyone who speaks out against abuse and trauma they have suffered. You are breaking the silence. You are revolution.”

My final audition for a Steven Segal movie took place in his office. He told me how important it was to have chemistry off-screen as he sat me down and unzipped his leather pants. I️ ran out and called my agent. Unfazed, she replied, “well, I didn’t know if he was your type.”

Arrested Development and Scandal actress Portia de Rossi recently accused Steven Seagal of sexual harassment. She said on Twitter that she auditioned for one of Seagal’s movies, and he exposed himself to her.

De Rossi is not the only woman alleging that Seagal sexually harassed her. Jenny McCarthy said back in 1998 that Seagal asked her to take off her dress during an audition. More recently, Lisa Guerrero said that Seagal repeatedly propositioned her while she was trying out for a movie role.

Julianna Margulies has also spoken out about how Seagal had her meet with him in his hotel room alone and showed her his gun. Eva LaRue said that Seagal once locked her in a room during an audition and took off all his clothes. An unnamed woman told The New York Post that Seagal asked her to sit on his face on set.

Seagal has denied all of the allegations.

A male star, in a position of power asked me to go into a room with him and then asked me repeatedly to stick my finger up his ass. All whilst his male 'friends' tried to film the incident on their iPhones and laughed. I repeatedly said no and eventually got out of the room.

Later I was threatened by one of the star's representatives to be nice and support the male star. I refused. The whole thing was disgusting.
I've told hundreds of people in the industry the story in more graphic detail basically to warn them off this individual.

Pitch Perfect actress Rebel Wilson said on Twitter recently that an actor sexually harassed her while his friends laughed and filmed him. She also said that a top comedy director harassed her. Wilson recounted these experiences in a series of tweets, but did not name the individuals.

In her tweets, Wilson acknowledged her experiences are not nearly as horrific as that of some of her peers, including those accusing Weinstein of rape.

But her story still goes to show how common sexual harassment is in the industry and how almost every actress has faced an uncomfortable or unsafe situation with men who had power over them.

To hear how prevalent sexual harassment and assault is, is just so saddening. I know my stories aren't as horrific as other women and men have described – but if you've ever experienced anything like this I feel for you and can relate on some level.

Warner Bros. recently suspended Andrew Kreisberg, the co-creator of Supergirl, The Flash, and Arrow, after 19 people accused him of sexual harassment, as reported by Variety. All of these people remained anonymous.

In the aftermath of this news, some of those who have worked with Kreisberg weighed in. This included Supergirl herself, Melissa Benoist. In a statement posted on Twitter, Benoist said those who harass others must face consequences. She also said that she has spoken up about sexual harassment “publicly and not so publicly.” She did not clarify whether Kreisberg harassed her.

Other actresses who worked on Kreisberg’s shows also released statements after his suspension. Caity Lotz‏, who plays Sara Lance on Arrow and Legends of Tomorrow, spoke out on Twitter, as did Supergirl‘s Chyler Leigh.

To the brave women and men who are coming forward to condemn their abusers… I add my voice to the choir of support. You are the ones ushering in change that would allow all of us to work in an environment where we are respected and safe

Actress Elizabeth Perkins recently participated in a sexual assault survivors rally and implied that James Woods either harassed or assaulted her. At a march in Los Angeles meant to raise awareness for victims of sexual harassment and assault, Perkins held up a sign that read “James Woods #MeToo,” according to The Daily Beast. The hashtag #MeToo is part of a social media movement for survivors of sexual harassment and assault.

Perkins has not said any more about her apparent experience with Woods. But other actresses have gone into detail about Woods, including Amber Tamblyn, who said in September that Woods attempted to pick her up at a bar when she was 16 and he was 52.

Tamblyn later described her experience with Woods in a piece for Teen Vogue. She wrote:

Upon leaving the restaurant we were stopped by you and your friend, who both seemed very nice. At one point you suggested we should all go to Las Vegas together. “It’s such a great place, have you ever been?” You tried to make it sound innocent. This is something predatory men like to do, I’ve noticed. Make it sound innocent. Just a dollop of insinuation. Just a hair of persuasion. Just a pinch of suggestion. “It will be so much fun, I promise you. Nothing has to happen, we will just have a good time together.”

I told you my age, kindly and with no judgment or aggression. I told you my age because I thought you would be immediately horrified and take back your offer. You laughed and said, “Even better. We’ll have so much fun, I promise.”

6. The cast and crew of One Tree Hill

I'm completely humbled by the unwavering support of the women of One Tree Hill. It turns out my story was a catalyst for others and I stand by them as they continue to speak. https://t.co/T9T7p3L45D

On Nov. 11, writer Audrey Wauchope‏ accused One Tree Hill showrunner Mark Schwahn of sexual harassment. She said on Twitter she was excited to be hired as a writer on the show, but was discouraged to learn that Schwahn hires female writers based on their looks. She also said that women had to constantly avoid Schwahn’s inappropriate touching while working on the writing staff.

Soon after, the cast and crew of One Tree Hill chimed in to support Wauchope’s claims. In a letter published in Variety, stars Sophia Bush, Hilarie Burton, and Bethany Joy Lenz, along with 15 other women who worked on the show, said that sexual harassment took place on One Tree Hill. They wrote:

To use terminology that has become familiar as thesystemic reality of sexual harassment and assault has come more and more to light, Mark Schwahn’s behavior over the duration of the filming of One Tree Hill was something of an “open secret.”

Many of us were, to varying degrees, manipulated psychologically and emotionally. More than one of us is still in treatment for post-traumatic stress. Many of us were put in uncomfortable positions and had to swiftly learn to fight back, sometimes physically, because it was made clear to us that the supervisors in the room were not the protectors they were supposed to be. Many of us were spoken to in ways that ran the spectrum from deeply upsetting, to traumatizing, to downright illegal.

And a few of us were put in positions where we felt physically unsafe. More than one woman on our show had her career trajectory threatened.

On Twitter, Wauchope‏ said that she is humbled by the support she received.

Seven women have accused Ratner of sexual harassment or assault. Ratner’s production company co-financed Wonder Woman, and The New York Post reported this week that Gal Gadot refused to return for the sequel unless Ratner was not involved. Deadline later reported that this wasn’t true, and it was unlikely that Ratner was going to be involved in the sequel anyway.

Gadot subsequently told Today that Ratner was already out of Wonder Woman 2 before that article came out and that getting rid of him was the right move.”The truth is that there are so many people involved in making this movie, it’s not just me, and they all echoed the same sentiments,” she said. “Everyone knew what was the right thing to do.”

Gadot has also spoken more about sexual harassment and misogyny while promoting Justice League. In a recent interview with The Hollywood Reporter, she simply said, “Misogynist sexists, your wrath upon this world is over.”

She also said on Instagram in October that she stands behind the women speaking out against sexual harassment in Hollywood. 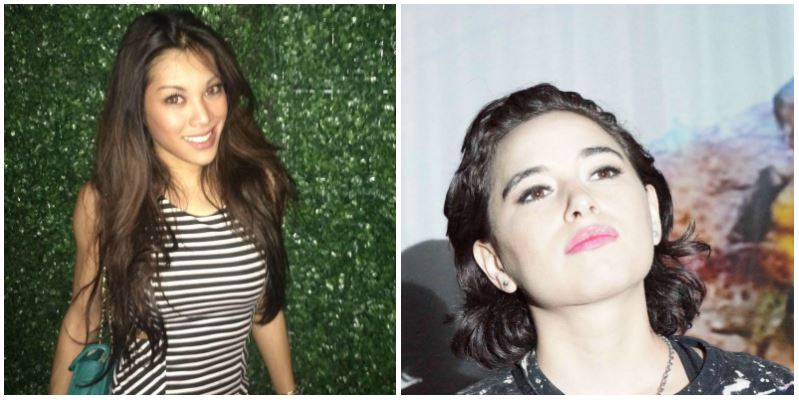 Aurélie Wynn, who used to use the stage name Aurelie Marie Cao, but who later quit acting, alleged on Facebook that she was raped by actor Ed Westwick in 2014. She wrote:

I said no and he pushed my face down and was powerless under his weight. I was wearing a one piece bathing suit that he ripped, I was in complete shock, I am also very tiny. When it was over I got my cellphone and found that the girl that had invited me had left or got kicked out…

I told the guy I was seeing that I got raped, Mark Salling, and when he found out by who he pretended not to know him, then blamed me for it and broke it off with me. My other friends and people around me told me it was best not to say anything, to not be “that girl” and that no one would believe me and think I was just out trying to get my 10 seconds of fame.

This came only two days after another actress, Kristina Cohen, also accused Westwick of rape.

Westwick has denied the allegations, saying that they are provably untrue.