After ’24′: What’s Next for Kiefer Sutherland? 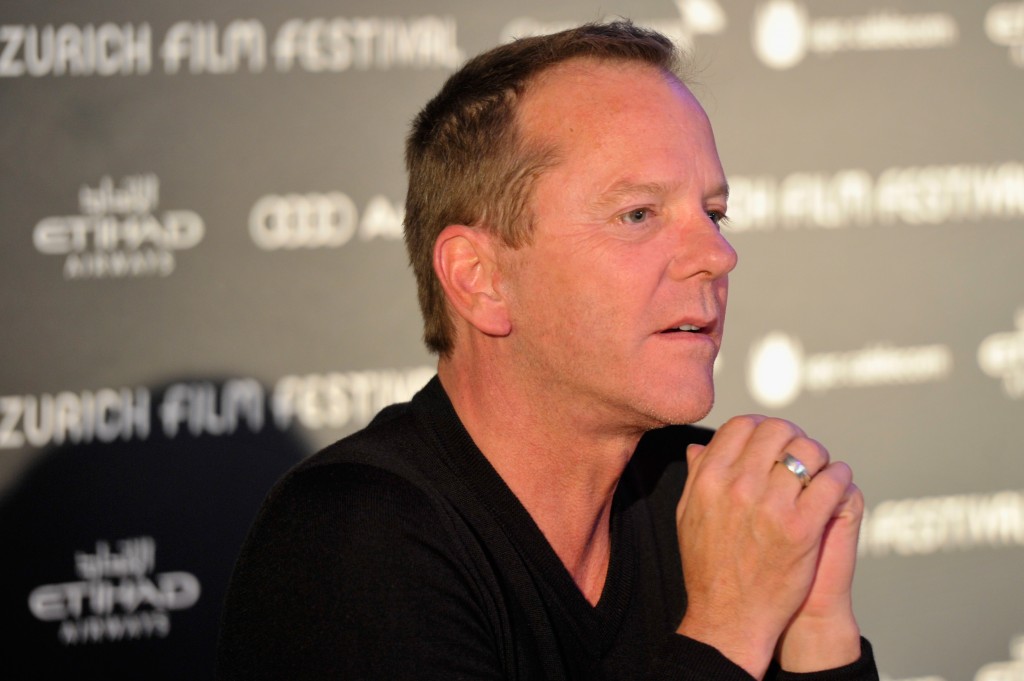 Kiefer Sutherland is leaving Jack Bauer behind and returning to primetime television as the President of the United States. The former 24 star is set to star in an upcoming conspiracy thriller drama for ABC, entitled Designated Survivor.

According to Deadline, the network has just issued a straight-to-series order to the new show, which was written by David Guggenheim (Safe House). The series will star Sutherland as a lower level United States Cabinet member who is suddenly appointed President after a catastrophic attack during the State of the Union kills everyone above him in the Presidential line of succession. It’s described as “a family drama wrapped around a conspiracy thriller about an ordinary man in an extraordinary situation.”

The project’s title, Designated Survivor, is a reference to the term used for a member of the U.S. Cabinet who is sequestered in a safe location when the President and the country’s other top leaders are all gathered in one place, such as during a State of the Union addresses or a presidential inauguration. The policy is used as a precaution in case of a catastrophic occurrence when the President and those in line of succession are killed, leaving the designated survivor to become the Acting President of the United States.

The television show’s script has proven to be a hot property and reportedly sparked a major bidding war among networks before eventually landing at ABC. In addition to starring in the show, Sutherland will serve as an executive producer on the project alongside series creator, Guggenheim. X-Men producer Simon Kinsberg will also executive produce via his Genre Films banner.

For Sutherland, this marks his first new TV gig since he wrapped up his role as Jack Bauer on 24. Though the original Fox action drama ended in 2010, he and some of the original cast members reprised their roles in the 2014 revival, 24: Live Another Day.

Since then, Sutherland has expressed hesitation about returning to the TV franchise for a second time, saying he’s turning his focus to new projects. Fox, for it’s part, isn’t quite ready to let go yet. The network is in the process of developing a new 24 event series that would revolve around new characters.

In addition to marking Sutherland’s return to television, the project will also be the second developing series revolving around the “designated survivor” theme. According to Deadline, there is already another drama with the exact same name and the same basic premise currently in the works at Fox. That series, written by Nikki Toscano and executive produced by Johnny Depp, would also follow the Cabinet member who is ready to take the reins of the President, should the unthinkable happen. But with ABC’s Sutherland series now green-lit, that Fox project will likely be altered or scrapped.

While Designated Survivor will be Sutherland’s first notable television gig since 24, it’s far from his only upcoming project. The actor has several feature films on the pipeline. He’ll share the screen with father Donald Sutherland in the upcoming Western drama, Forsaken, which is due out on February 19, 2016. He’s also set to star in the indie drama Beat-up Little Seagull, also expected to hit theaters sometime in 2016.

ABC has not confirmed a premiere date for Designated Survivor yet.