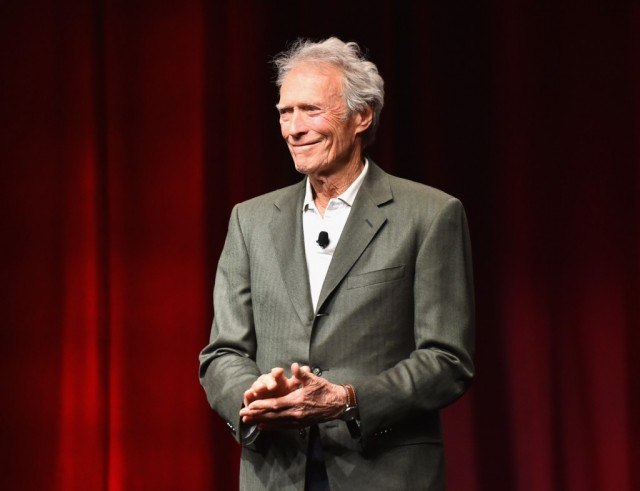 Clint Eastwood will follow up the huge success of American Sniper by tackling the life of another less divisive real-life hero. The prolific director has signed on to helm a still-untitled biopic about Captain Chesley “Sully” Sullenberger, the pilot who famously landed a disabled jet on the Hudson River.

According to The Hollywood Reporter, Eastwood will make the movie for his longtime home studio, Warner Bros. Based on Sullenberger’s memoir, Highest Duty: My Search for What Really Matters, the film will follow the story of the veteran pilot’s life, as well as chronicle the dramatic event in January 2009 that turned him into a household name. Sullenberger and his crew had just taken off from LaGuardia Airport when both engines were knocked out by a flock of geese. After realizing there was no time to turn around or reach another airport, the pilot made the split-second decision to attempt a water landing on the Hudson. The successful landing of U.S. Airways Flight 1549 saved the lives of the 155 passengers and crew members on board and turned Sullenberg into an American hero.

Warner Bros. confirmed news of the project on June 2, saying the film will delve into “Sullenberger’s almost impossible and much-heralded achievement of safely landing a jumbo jet on the water, which was captured on video and viewed around the world,” as well as explore a drama unfolding behind the scenes “that could have cost him his reputation and his wings.”

The movie has actually been in the works for quite some time. Veteran producers Allyn Stewart and Frank Marshall of Flashlight Films first acquired the rights to Sullenberger’s story in 2010, but it wasn’t until now that the project landed at a major Hollywood studio. Per THR, Todd Komarnicki (Perfect Stranger) has signed on to pen the script for the upcoming adaptation. Meanwhile, Eastwood and Tim Moore will produce alongside Stewart and Marshall.

There’s no word yet on who will play the heroic pilot, but Sullenberger himself has already expressed excitement over the developing project. “I am very glad my story is in the hands of gifted storyteller and filmmaker Clint Eastwood, and veteran producers Allyn Stewart and Frank Marshall,” he said in a statement. “The project could not have found a better home than Warner Bros. Pictures. This is truly a dream team.”

For Eastwood, the movie will mark his first directorial effort since last year’s box office smash, American Sniper. The film, starring Bradley Cooper as Navy Seal sharpshooter Chris Kyle, was a huge commercial success, but it also sparked significant controversy. Audiences and critics called the historical accuracy of the biopic into question and argued that Eastwood’s heroic portrayal didn’t depict the full truth about Kyle.

Sullenberger’s film won’t face the same issues. Since his rise to instant fame, the nation has remained captivated with the pilot and his story. His heroic efforts have earned Sullenberg praise from Presidents George W. Bush and Obama and earned him a standing ovation at the Super Bowl. In addition to penning a memoir, the airline captain has since used his experience to help develop new protocols for airline safety. He’s also served as a spokesman for St. Jude Children’s Research Hospital, a co-chairman of the EAA’s Young Eagles youth introduction-to-aviation program, and an inspirational speaker.

While there’s no news on casting yet, the film certainly seems off to a strong start, with Eastwood at the wheel. No projected premiere for the biopic has been revealed yet, but the project is reportedly expected to start shooting this fall.