After ‘Straight Outta Compton’: Is Rap a New Hollywood Trend? 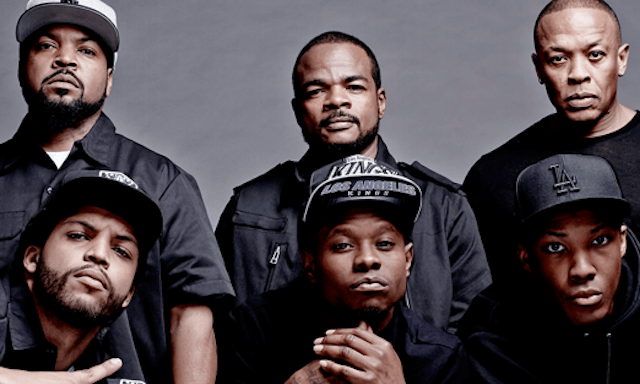 Following the success of Straight Outta Compton, Hollywood is putting a new spotlight on hip-hop music and its influence. A new film centering on the musical genre has already been greenlit, this time chronicling its emergence through the eyes of DJ Greg Mack, a hugely influential radio figure who helped get some of rap’s biggest names on air.

According to Deadline, Mack has optioned the rights to his upcoming autobiography to Goddard Film Group. The biopic will reportedly detail Mack’s time with Los Angeles’s legendary DAY 1580 AM, which is the first radio station in the U.S. to become an all rap/hip hop station.

Mack, who was portrayed in Straight Outta Compton in a cameo by director F. Gary Gray, is widely considered a pioneer in the world of rap music. He first joined KDAY in 1983 as a Music Director, where he became an instrumental part in the station’s decision to play rap 24 hours a day. At the time, rap was largely disregarded by mainstream radio and the industry as a whole, so the move was a risky one. But it ended up paying off: KDAY became overwhelmingly popular and Mack, aka “Mack Attack,” became known for his great taste and ability to discover up-and-coming talent.

Mack helped launch the careers of DJ Andre Young of World Class Wreckin’ Cre aka Dr. Dre, as well as Tone Loc and Montell Jordan, to name a few. Other major names in the rap industry, including M.C. Hammer, LL Cool J, Big Daddy Kane, Queen Latifah, and NWA, got their first ever radio play on KDAY. The station, which also later introduced gangsta rap, helped establish the genre’s commercial appeal. Though it was shuttered in the early 90s, the brand was revived in 2004 and KDAY still operates as a rap oldies station.

The project is coming at an appropriate time. Straight Outta Compton surpassed expectations with a $60.2 million opening. The impressive box office gross not only put it well past experts’ initial $40-$50 million projections, it also makes the film the fifth-highest August opener ever. The musical biopic, which centers on hip-hop group N.W.A, has brought new levels of interest to the story of the origins of rap music and the cultural climate in which it emerged from. Its success may also mark the beginning of a new trend in Hollywood, which seems to be putting elevated attention on the rap/hip-hop genre and some of its most iconic figures.

Whether the upcoming biopic on Mack will be able to generate as much buzz as Straight Outta Compton remains to be seen. The project is still only in the early stages of development, so fans will have to stay tuned to hear more specific details on casting and plot, as well as a possible start date for production.