Alan Alda and Other Celebrities Who Have Parkinson’s Disease

Another celebrity has revealed that he has been diagnosed with Parkinson’s disease, the degenerative disorder that affects between seven and ten million people worldwide.

Although complications related to Parkinson’s can be fatal, the disease itself is not, and it’s entirely possible to live a full life after being diagnosed, as some of these famous people have proven.

Alan Alda recently revealed that he has been diagnosed with Parkinson’s disease, but his diagnosis wasn’t recent. He told CBS News that he was actually diagnosed three years ago.

He came out with this information now because he knew it was only a matter of time before it got out, and if it did, it would be reported on with a sad point of view. But he says that’s not where he is now and that he’s actually doing quite well.

“I’ve had a full life since then,” he said. “I’ve acted, I’ve given talks, I help at the Alda Center for Communicating Science at Stony Brook. I started this new podcast.”

This means Alda was diagnosed with Parkinson’s before his recent roles on Horace and Pete, Broad City, and The Good Fight.

Neil Diamond revealed that he had been diagnosed with Parkinson’s disease earlier this year.

In an announcement on his website, he said that, based on his doctor’s recommendations, he would be retiring from touring.

“I have been so honored to bring my shows to the public for the past 50 years,” Diamond said. “My sincerest apologies to everyone who purchased tickets and were planning to come to the upcoming shows. I plan to remain active in writing, recording and other projects for a long time to come.” 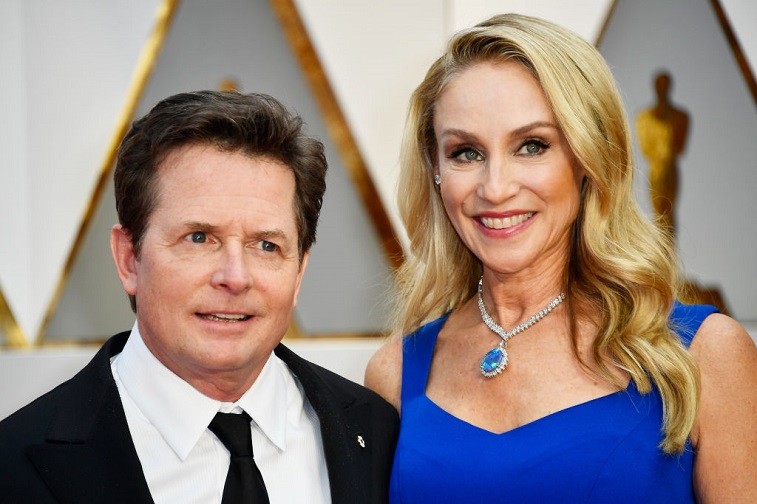 The most famous case of a celebrity with Parkinson’s is Michael J. Fox, who was diagnosed with the disease in 1991 at the age of 29. This led to his departure from the popular show Spin City.

Fox has since started The Michael J. Fox Foundation, which is dedicated to finding a cure for Parkinson’s.

In the years after his diagnosis, Fox mainly limited his roles to voice acting parts, but he has since returned to the screen, having had a regular role on The Good Wife and appearing in other shows like Designated Survivor and Curb Your Enthusiasm.

Civil rights activist Jesse Jackson announced in November 2017 that he had been diagnosed with Parkinson’s, a disease which his father also had; his dad, Noah Robinson, died in 1997 due to complications from Parkinson’s.

“My family and I began to notice changes about three years ago,” Jackson said in a statement. “After a battery of tests, my physicians identified the issue as Parkinson’s disease, a disease that bested my father.”

Jackson also said that being diagnosed signaled to him that “I must make lifestyle changes and dedicate myself to physical therapy in hopes of slowing the disease’s progression.”

Former President George H.W. Bush suffers from vascular parkinsonism, which, according to the Baylor College of Medicine, is an atypical form of parkinsonism in which the disease’s symptoms take shape after a stroke rather than through the gradual loss of nerve cells.

However, vascular parkinsonism is different from regular Parkinson’s disease in that it does not get gradually worse over time, according to CBS News.

Singer Linda Ronstadt was diagnosed with Parkinson’s disease in 2012, which left her unable to sing.

“Parkinson’s is very hard to diagnose, so when I finally went to a neurologist and he said, ‘Oh, you have Parkinson’s disease,’ I was completely shocked,” she told AARP. “I wouldn’t have suspected that in a million, billion years.”

She added that “No one can sing with Parkinson’s disease. No matter how hard you try.”

Former basketball player Brian Grant revealed in 2009 that he had been diagnosed with Parkinson’s disease a few months earlier.

Afterward, he refocused the efforts of his charity, The Brian Grant Foundation, on Parkinson’s research and awareness. According to Sports Illustrated, he has done a lot of work with Michael J. Fox, who called him after he revealed his diagnosis to offer support.