Alec Baldwin returned to Saturday Night Live‘s Weekend Update early in his role as President Donald Trump, for which he spoofed Trump’s rally speech in Phoenix.

Baldwin’s Trump removed the sunglasses and looked around, saying, “Wow, everyone is so white, so white here. It’s fantastic. And look, they found the one black guy at the rally and they sat him right behind me. Are you really black?” to which the man responded, “Well that’s what the ad said you was looking for.”

Baldwin, in his Trump character, criticized the media for accurately quoting him regarding the recent events in Charlottesville, Va. “As we all know, there was a tragic victim who came out of Charlottesville: Me,” he said.

The faux Trump brought up Afghanistan as one of his accomplishments, saying last night he “solved Afghanistan” by sitting down with the military and asking hard questions like, “Which one is Afghanistan?” and “Is that blue thing an ocean?” 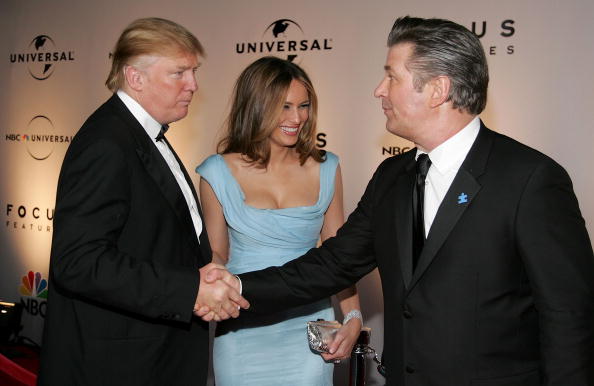 Baldwin’s Trump went on to wish former chief strategist Steve Bannon well. “Steve is going on to Breitbart, where he’ll be fighting the good fight against globalist cucks like my son-in-law, Jared,” Trump said. “Steve, we love you,” to which the faux Bannon responded, “I’m going to crush you.”

Historically, Saturday Night Live has parodied Trump since 1988, performing skits of Trump as real estate broker, host of The Apprentice and now as president. Prior to Baldwin, Trump as portrayed on SNL by actors Phil Hartman, Darrell Hammond, Jason Sedeikis, and Taran Killam. Baldwin has played the role since October of 2016. Baldwin’s first Trump skit was based on the first presidential debate between Trump and Hillary Clinton.