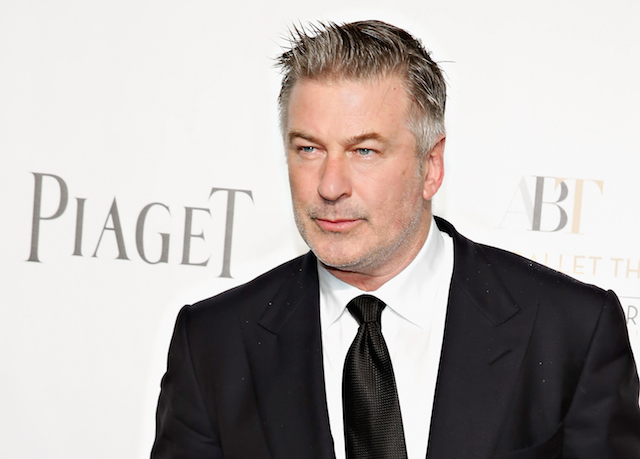 Alec Baldwin hasn’t had a regular television role since his Emmy-winning six-season run on 30 Rock, but after a flirtation with politics it looks like the actor is ready to return to TV playing a character that might remind fans a bit of the right-wing executive Jack Donaghy. Deadline reports that Baldwin will star in and produce an as-yet-untitled series for HBO about a billionaire real estate developer philanthropist who ends up becoming the mayor of New York City. Cary Brokaw will serve as a co-producer. Baldwin also spoke to the publication about the upcoming show, which apparently has been in the works since before 30 Rock.

“Cary and I were going to do this together nine years ago, but I got detoured by Lorne Michaels and Tina Fey into 30 Rock,” Baldwin told Deadline. His character, Joe Byrne, must cope with overcoming his tabloid fixture past full of women and dark secrets in order to take over as mayor of the biggest city in the United States when the incumbent mayor is taken out by an unexpected tragedy.

“The character is a philanthropist, a big businessman and well-known tabloid fixture in New York,” Baldwin continued. “He’s Trump without the baggage, Bloomberg but a Democrat, George Soros if he was in real estate, a left-leaning Democrat who is also a businessman who understands the reality of how the city has to be run to create the right climate for the business community. He’s drafted for this run because the alternative would be catastrophe. We’ve seen from shows like Kevin Spacey’s House Of Cards that you can go anywhere creatively. He throws Kate Mara’s character in front of a subway train and you think, what the hell is going on? You can create these Shakespearean character arcs, and pull the curtain back on how New York City is actually run and how political careers are made and lost in the city.”

While his political beliefs are the opposite of big business-loving right-wing parody Jack Donaghy, the character is also a powerful man influencing the highest reaches of New York society. The show is being described as a dark drama, but not as dark as House of Cards. The tone is going for somewhere along the lines of the lightest episodes of The Sopranos. A “major director” is being looked for to help shoot the serious, which is looking to begin production in NYC come this fall. It seems like there will be plenty of room for dark humor in the show and given that Baldwin has already had so much success on 30 Rock playing a powerful New York businessman the material seems like a perfect fit. Baldwin won three Golden Globes and two Emmys for his hilarious portrayal of Donaghy, per IMDb.

Baldwin is just coming off starring in the Oscar-winning drama Still Alice with Julianne Moore, who also co-starred with him for an arc on 30 Rock. He has several films currently in the can, including the fifth Mission Impossible movie and an untitled movie with Warren Beatty.

The HBO political drama will be written by widely published author Wells Tower, who has shifted from writing fiction into TV — a move that worked out quite well for True Detective’s Nic Pizzolatto last year. Brokaw and Baldwin interviewed many promising young writers before settling on Tower, who has written a couple of pilots for HBO before.

Fans of Baldwin, 30 Rock, or House of Cards look like they have a promising new show on their horizon that will tackle politics and power in a new way.