The Alien saga is iconic in science fiction, dating all the way back to the original film in 1979. It’s since spawned a series of sequels and spinoffs, ranging everywhere from “abjectly terrible” to “instant classic.” 2012’s Prometheus sat somewhere in the middle of the scale. On one hand, it ushered the franchise into the modern era with a perfectly passable reboot. On the other, some touchy writing weighed it down in a big way.

The follow-up effort hits theaters in 2017, coming to us in the form of Alien: Covenant, a film set directly following the events of its 2012 predecessor. We have the first two trailers in hand, so let’s jump in and see what Ridley Scott has in store for us.

1. A new kind of mission for our main crew

The crew of the Covenant | 20th Century Fox

In past Alien films, the crews that embark on missions to discover and investigate the Xenomorphs are either scientists looking to study the creatures, or military personnel sent to eradicate them entirely. Covenant will take a different tact for the crew of its titular ship, who are on a mission to colonize and breed on the surface of an alien planet. They’ll of course run into a considerable roadblock along the way, but it’s worth pointing out the different core narrative. 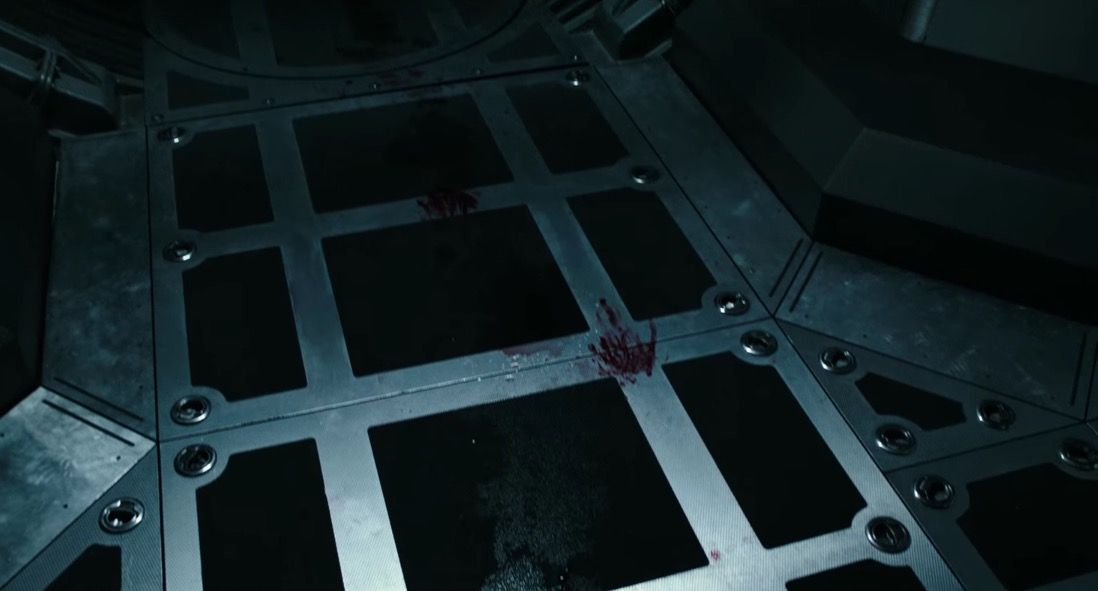 An image from the Alien: Covenant trailer | 20th Century Fox

At the end of Prometheus, we’re introduced to a variant of the Xenomorph species known as a Deacon. It originally appeared after a Trilobite, a larger distant cousin of the Facehugger, impregnated one of the Engineers, spawning the vicious creation out of the belly of its host. Above, we see a bloody footprint that doesn’t quite look like your classic Xenomorph, suggesting variants like the Deacon could be set to appear in Covenant.

3. Chest-bursters aren’t the only thing we have to worry about

This scene in the Alien: Covenant trailer gives us clues about what’s to come. | 20th Century Fox

As we noted, the typical Xenomorphs from the original film don’t appear to be the central focus of Covenant. We see evidence of that in the frame above, as something sinister begins to emerge from the spine of one unfortunate crew member.

We still don’t know exactly what it is, but we do know the basic plot revolves around David (Michael Fassbender) turning a remote planet into his own personal Island of Doctor Moreau. Odds are, he’s probably cooked up something terrifying for the crew of the Covenant. 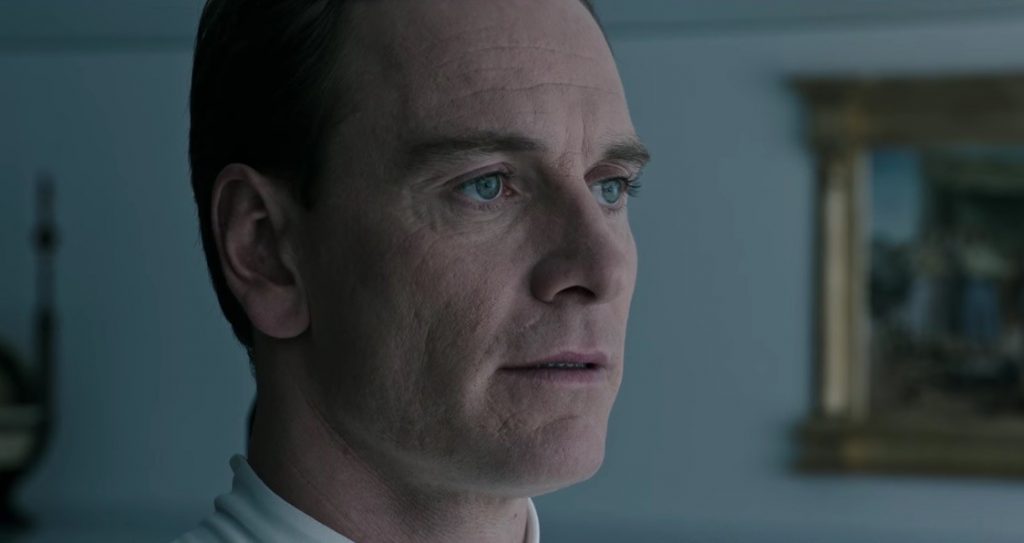 Michael Fassbender’s performance as David in Prometheus was one of the biggest high points of the entire film, so it only makes sense to double down on the talented actor for the sequel. This time around, he’ll be playing both a new, more advanced android named Walter, and reprising his role as David. With all that, it’ll be interesting to see how the two interact with each other.

5. A different kind of danger 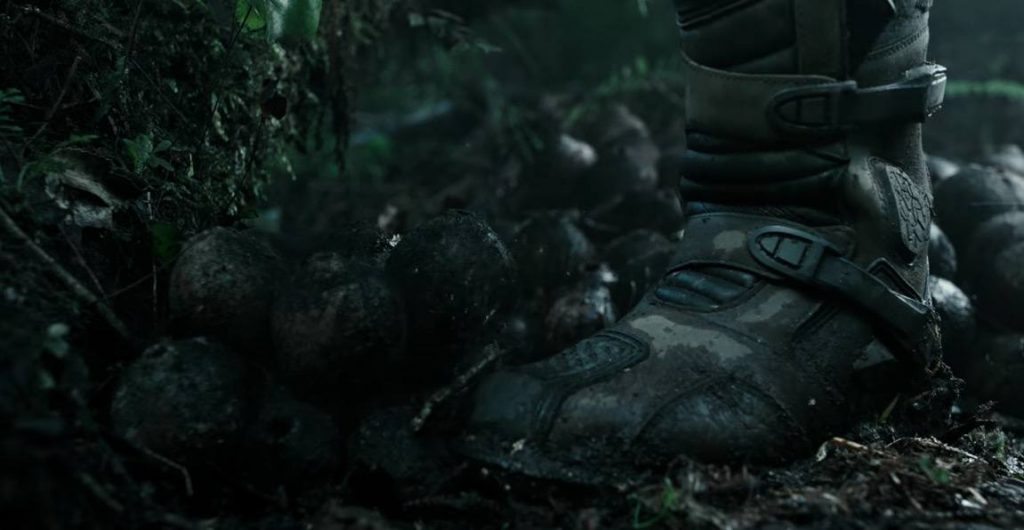 Alien: Covenant looks like it will present a new kind of danger not seen in previous films. | 20th Century Fox

Much of what made Prometheus difficult to enjoy was a whole lot of suspect decision making by our main characters. More often than not, we’d see highly trained intellectuals and scientists opting to put their exposed faces all up in mysterious alien monsters, eventually leading to nothing but death and destruction.

For Covenant, the danger will be a tad more subtle, with small eggs camouflaged in the dirt that clearly will come into play as a major plot point.

6. A parasite you can’t hide from

So just how will those eggs pose a threat to our new crew? Above, we see a tiny parasite the size of a spec of dirt entering the host straight through his exposed ear canal. It harkens back to Prometheus, where David infects a crew member with a similarly small parasite. As it turns out, he’s figured out an even more efficient delivery system, and it’s goddamn terrifying.

7. A familiar ship makes an appearance

At the end of Prometheus, we see Elizabeth Shaw (Noomi Rapace) and David take flight in one of the engineer’s ships to go out in search of other inhabited worlds. It looks as though that ship has touched down on the same planet as the crew of the Covenant, having lured them there with a phony distress signal.

Ridley Scott confirmed that Rapace will be returning for a small cameo, while David will be the central figure, leaving us to wonder whether he turned on Shaw and left her for dead.

8. The remnants of Elizabeth Shaw 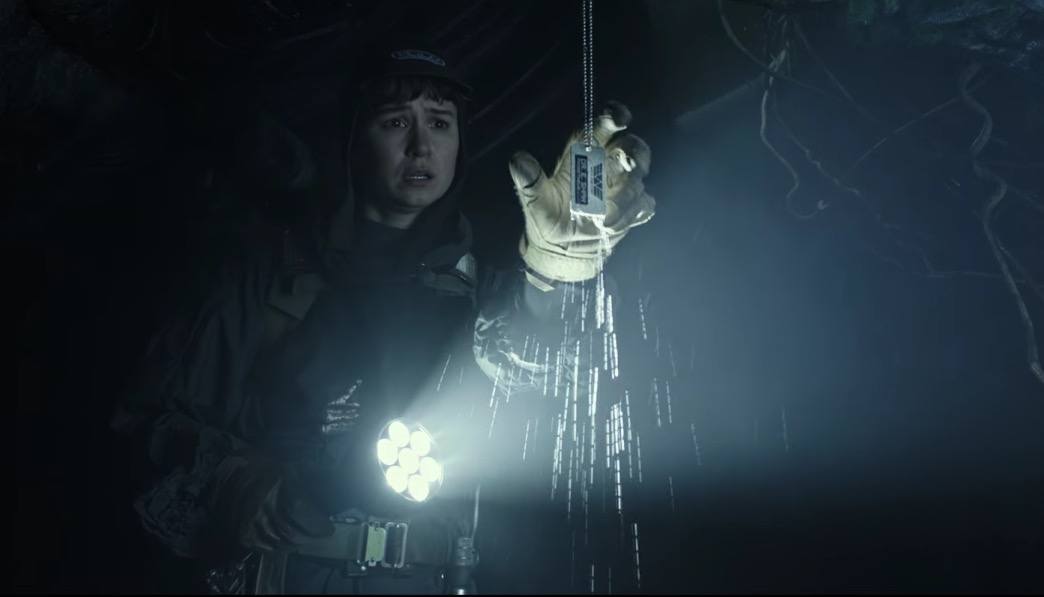 We still haven’t seen Noomi Rapace’s Prometheus character, Dr. Elizabeth Shaw, but if the dog tags in the above frame carrying her name are any indication, the Covenant crew has stumbled on the same ship she hijacked in the previous film. That again begs the question: What happened to her, and where is she now?

While there will be a few different variants on the classic creatures we know from the original Alien films, those same classics won’t be left out of the mix entirely. Here we see a good ol’ Facehugger, ready to bursting out of its carapace and attach itself to the nearest human host.

10. The crew gets stranded, and it won’t be pretty 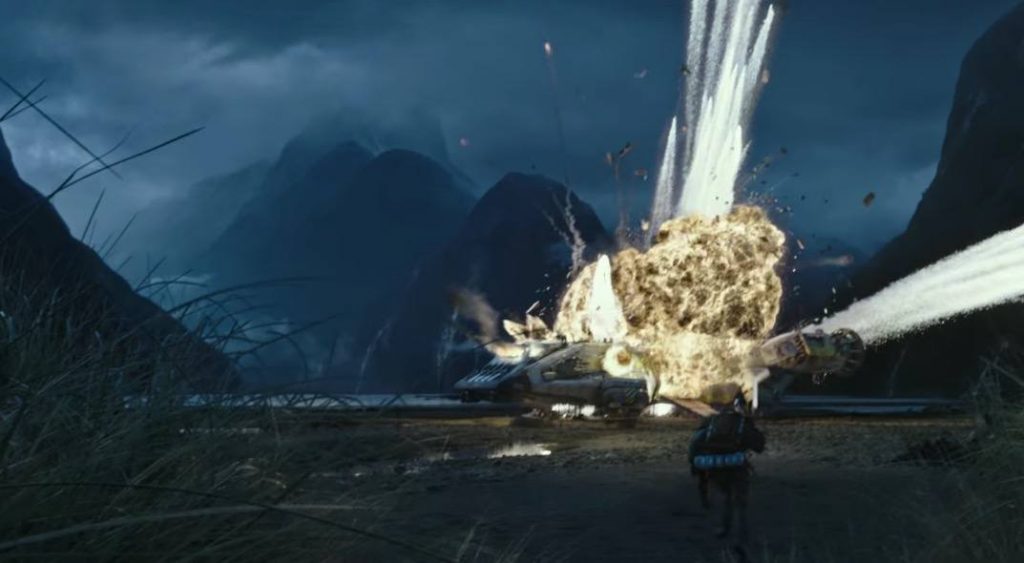 The crew in Alien: Covenant may not make it out alive. | 20th Century Fox

It only makes sense for David to ensure his victims can’t leave the planet once he successfully lures them into his monster-filled hellscape. In order for David to do that, it looks as though the crew’s only means of escape gets blown into oblivion, giving us little hope for their long-term survival past this one film.

11. David is lurking in the shadows 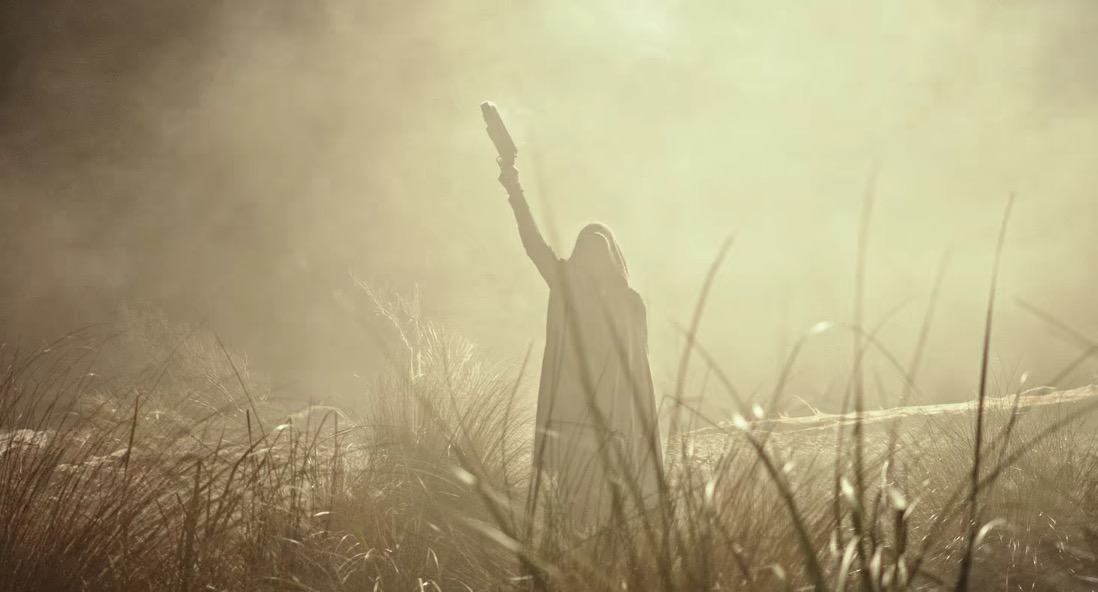 When we last saw David, he was a disembodied head assisting Shaw with navigation inside her commandeered ship. He now appears to have regained his full body, although it’s not at all obvious how he accomplished that. Either way, it’s led him into some serious mad scientist territory, and the Covenant’s crew will likely not be the only ones to suffer in the long term.

12. A return to the horror genre for the Alien saga 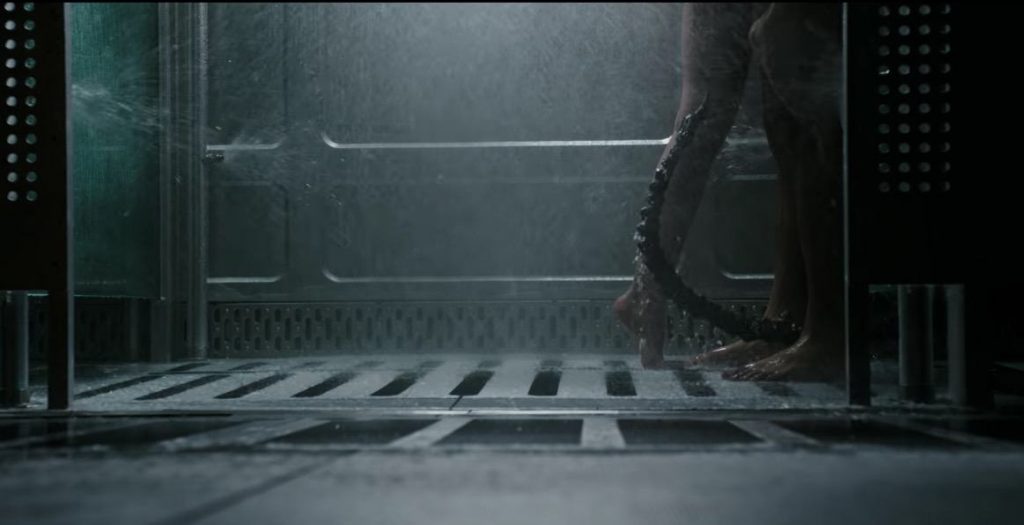 The original Alien film was billed namely as a horror movie set in space. The ensuing sequels chose to step away from that, opting for straight up action/sci-fi instead. If the ominous shower scene we see here is any indication, Covenant will bring the saga back to basics, going for a full-on horror theme.

13. The Xenomorphs come out to play

We rarely get to see the alien Xenomorphs operating in broad daylight, with the terrifying creature typically opting to do its hunting in the shadows. Covenant will bring them out into the open though, evidenced by the one we see appear at the end of the second full-length trailer. Suffice it to say, this is going to be downright terrifying for all involved.