All the Ways Donald Trump Has Ruined TV in 2017

From scripted TV to award shows, here are the ways Trump has ruined TV in 2017. 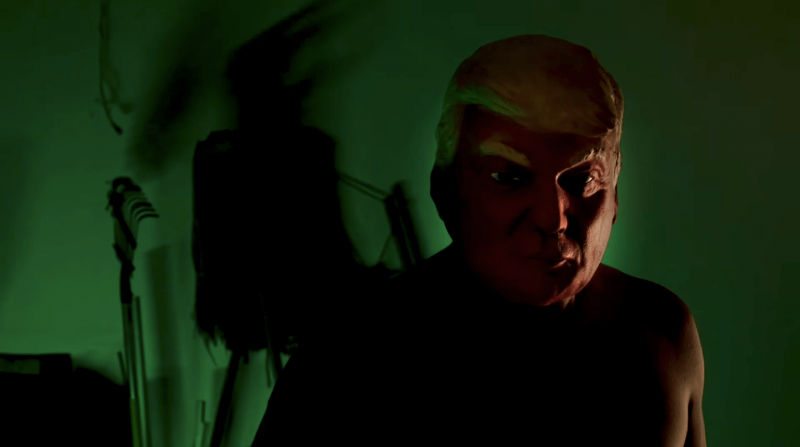 If any scripted TV shows involve politics, they have to keep a close eye on what’s happening in the real world. A number of TV shows have taken Trump’s presidency head-on. Even so, they’re adding more fear about our current reality.

For example, American Horror Story: Cult premiered Season 7 with the episode, “Election Night.” It follows the aftermath of the Trump presidency, with an analogy of clowns to depict a representation of Trump’s America.

Other series have had to alter their episodes — and quickly — based on real-life events. The hit TV show Scandal apparently had a storyline that had to be completely thrown out. According to TV Line, it “too closely mirrored the actual investigation into Trump’s ties with Russia.”

The Good Fight also had to scramble to completely rewrite a storyline due to Trump’s win. According to Vulture, they had already been eight days into filming the first season that would include “scenes explicitly reacting to Hillary Clinton serving as America’s first female president.”

It would have involved Clinton’s win inspiring Diane Lockhart (played by Christine Baranski) to make a major life change. Considering the plot wouldn’t have exactly worked with Trump, they aimed to make the show “as current as possible.” 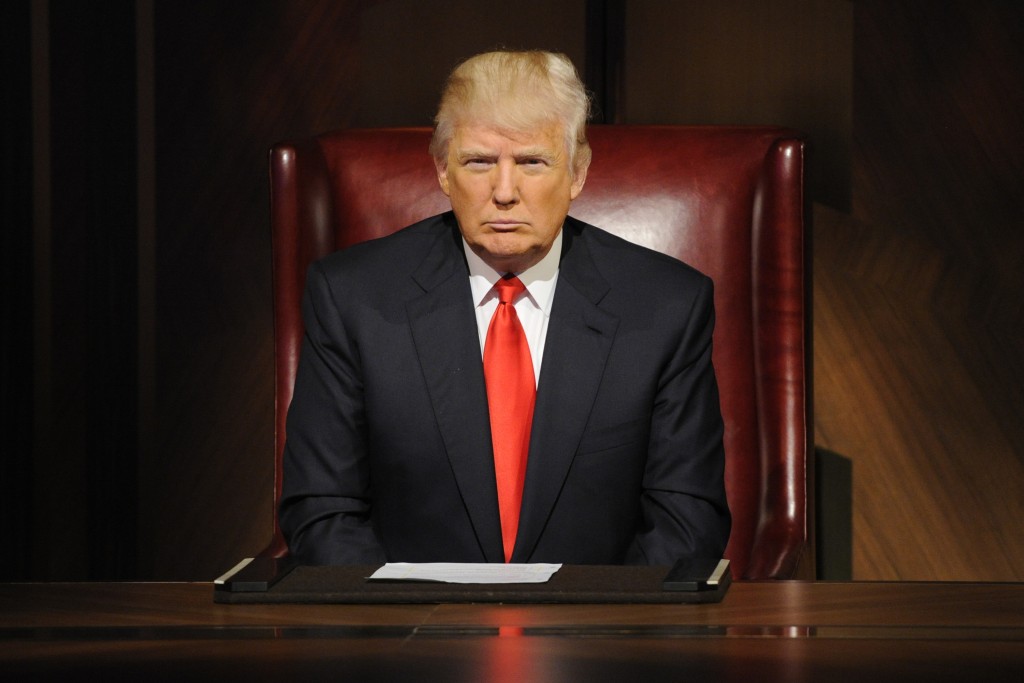 Reality TV typically doesn’t have to worry about urgently rewriting scripts. However, we do have it to blame for Trump’s presidency. Trump’s authoritative position on The Apprentice tricked viewers, and then voters, into thinking he was a “successful businessman.”

Vice’s description pretty much sums it up: “If he hadn’t been on The Apprentice, he wouldn’t have been able to convince anyone that he could ‘make a deal’ with other countries as president.”

While reality TV still serves a form of escapism from our actual reality, it’s needed now more than ever. The difference is that now, we have to watch through skeptical eyes. At this point, who knows what current reality TV star could be our next president? 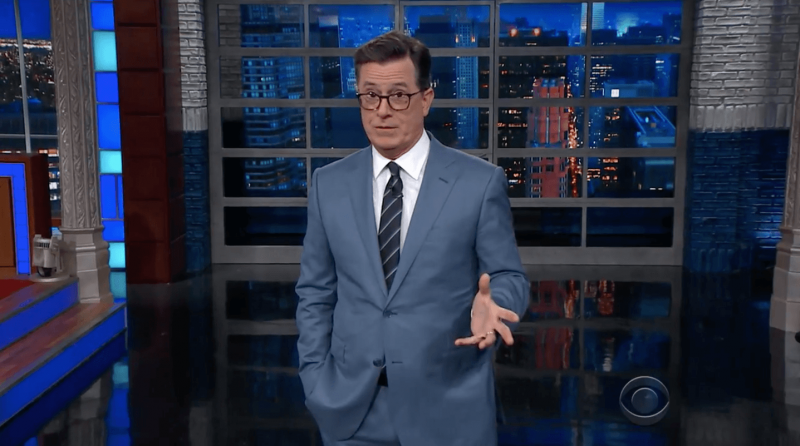 Stephen Colbert delivers his monologue on The Late Show. | CBS

In some ways, Trump’s presidency has greatly aided late-night TV. For one, it’s helped hosts find their voices and connect with their audiences. It has also ensured there will always be something to talk about. Viewership for late-night TV has also undoubtedly skyrocketed for hosts like Seth Meyers, Jimmy Kimmel, Trevor Noah, John Oliver, Samantha Bee, and Stephen Colbert.

As described by CNN, “Late-night comics are channeling the hopes and fears of their left-leaning audiences. They are treating the Trump presidency as a crisis, but also as a tremendous opportunity.”

With their voices reflecting our fears as viewers, watching late-night TV can feel like a coping mechanism. On the other hand, it can feel downright depressing to be reminded of just how shocking the political environment has become.

It goes without saying that the responsibility of late-night TV hosts has shifted. What was once “reporting on the events of the day” has turned into “helping Americans process what happened.” 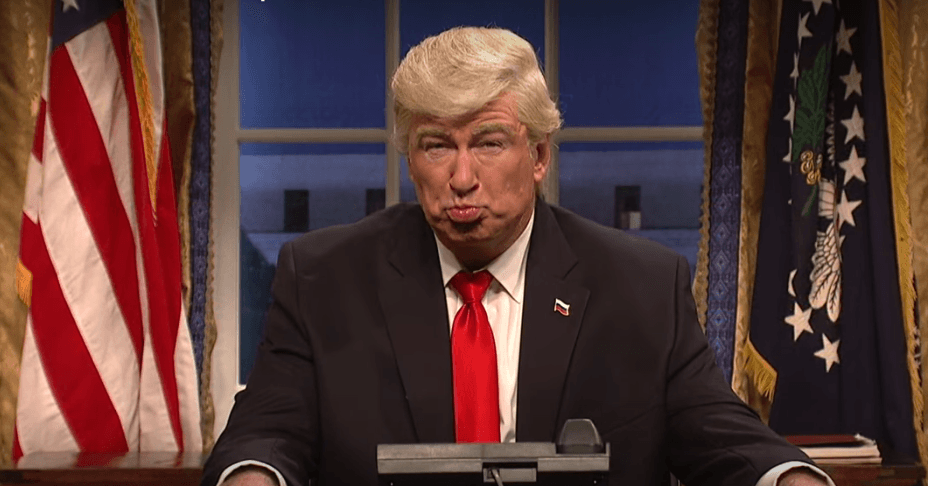 If we thought scripted TV shows had it hard when needing to rewrite storylines due to the Trump presidency, Saturday Night Live is a whole different ballgame. Sure, the iconic show has always covered politics. However, former cast member Bobby Moynihan explained how the Trump presidency forced the show to “evolve in ways that no one saw coming.”

With one political controversy after another, Moynihan revealed what happens behind-the-scenes. “We were writing brand new cold-opens on Saturday morning. We’d come in and go ‘he’s done something crazy’ and we’d have to rewrite.”

While it may have been “the hardest year, easily” for Moynihan, their hard work definitely paid off. It’s scary to admit their skits have almost too accurately depicted every shocking moment of the Trump presidency. 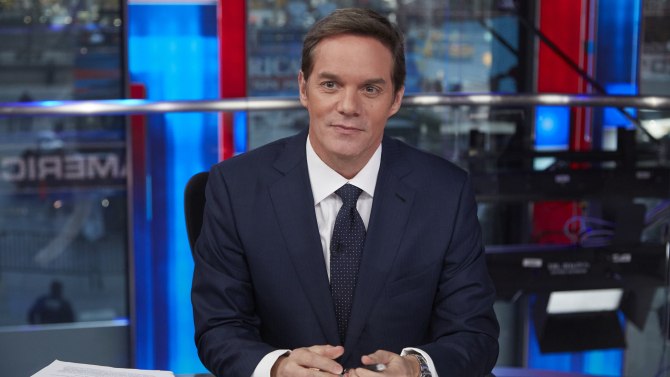 News channels had no idea what was coming to them during the campaign. Sure, every channel covered the world of politics, but it was set to die down once Trump lost the election.

“CNN had already been bolstering its entertainment coverage,” according to IndieWire. “For example, to fill the void when the campaign news died down and interest in Washington and politics was set to wane.”

However, once the votes came in, their world became all Trump, all the time. No matter how much Trump berates the “fake news” channels, they are obligated to continue giving him attention with a constant flow of unbelievable moments coming from the White House.

Yes, their reports on current political events are absolutely necessary. However, it’s hard not to reflect on the days when headlines involving the president weren’t incredibly controversial.

Watching football at home on a Sunday can no longer be enjoyed without wondering: What will the president tweet about next? Unsurprisingly, Trump hasn’t taken too kindly to those who are taking a knee during the national anthem, following in the footsteps of Colin Kaepernick. The more people who join the fight against racial oppression, the angrier Trump gets.

One of his tweets reads, “If NFL fans refuse to go to games until players stop disrespecting our Flag & Country, you will see change take place fast. Fire or suspend!” Even the NFL has stated, “Players are encouraged but not required to stand during the playing of the National Anthem.” However, Trump seems to think it’s his right as the president to make orders regarding these athletes’ careers.

It’s worth noting Trump’s tweet regarding President Barack Obama’s involvement in the NFL back in 2013: “President should not be telling the Washington Redskins to change their name-our country has far bigger problems! FOCUS on them,not nonsense.”

While the irony is clear, it mostly stands out in the fact that Obama was urging the replacement of a football team’s name due to racist connotations, and not calling to “fire or suspend” anybody. 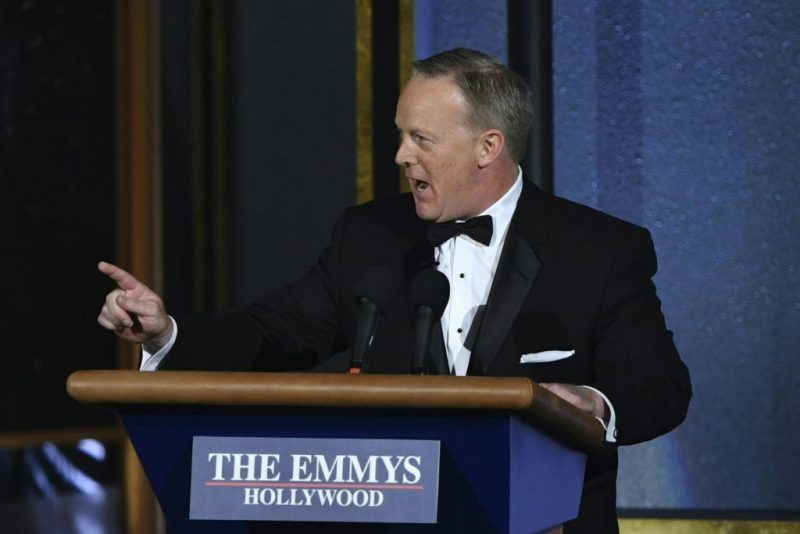 We’re not saying award shows shouldn’t get political. In fact, they should. Since the dawn of time, they’ve served as a platform for celebrities to spread messages of love and equality, and to combat hate together.

At this point, there’s no questioning whether or not award shows will get political. It’s a question of how anti-Trump they’ll be. While the 2017 Emmy Awards definitely bashed the president significantly, there was still one moment that just didn’t sit right: that Sean Spicer cameo.

Sure, they were trying to make a joke, but it definitely wasn’t a funny one. All it did was give Spicer validation and make him seem like just another funny celebrity. From his rolling podium, he stated, “This will be the largest audience to witness the Emmys, period — both in person and around the world.”

The former White House press secretary was making light of one of the first and most obvious lies of the Trump presidency. Considering the crowd at Trump’s inauguration was dismal compared to Obama’s first inauguration, Spicer insisted that Trump’s crowd “was the largest audience to ever witness an inauguration, period.”

It set the tone for what would follow in the Trump presidency. For the Emmys to make a joke out of it contradicts many of the powerful messages delivered from award winners. CNN noted, “The second Spicer rolled that podium onto the Emmys stage, he won. Bigly.”