‘All We Had’: Katie Holmes Shines in Directorial Debut 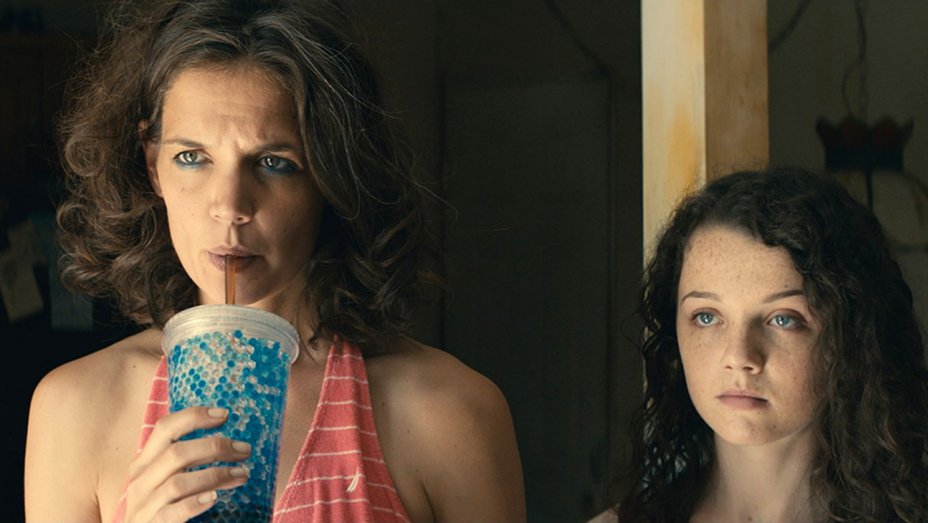 All We Had | Tribeca Film Festival

Katie Holmes is back on the big screen, this time going behind the camera to direct herself in All We Had, an adaptation of Annie Weatherwax’s 2014 novel of the same name. Making its world premiere at the Tribeca Film Festival this month, Holmes’s directorial debut is an affecting mother-daughter tale, grounded by a remarkably strong performance from the star herself.

When we meet Rita (Holmes) and her teenage daughter Ruthie (Stefania Owen), they’re fleeing from the home of the former’s latest deadbeat boyfriend. Broke and with nowhere to go, the two decide to head to Boston, the home of Harvard (where they dream Ruthie will go one day). But their plans get waylaid when their car breaks down and Rita is forced to give the bulk of their meager savings to the mechanic.

Starving but with no cash to their name, the two stop at a diner called Tiny’s in a small town outside of a Boston, where they attempt (and fail) to dine and dash. When the car breaks down again as they try to flee, Rita takes it as a sign that they’re meant to stay there. They return to Tiny’s, where, following their desperate apologies, the kindhearted owner Marty (Richard Kind) takes pity on them and gives Rita a job. Before you know it, the two are getting settled in town, buying a house from Rita’s smarmy, smooth-talking real-estate broker boyfriend Vic (Mark Consuelos). Meanwhile, Ruthie struggles to find her footing in high school, temporarily falling in with a bad crowd and seeking advice from Tiny’s transgender waitress Pam (Eve Lindley).

But as you can probably guess, the bliss doesn’t last long. As business starts to slow down at Tiny’s, Rita falls further and further behind in her house payments, just as Vic conveniently disappears. The two once again find themselves in serious trouble, although they receive help from a well-meaning dentist Lee (Luke Wilson), who strikes up a romance with Rita and even gets her to join him in AA.

Penned by Josh Boone and Jill Killington, All We Had is filled with a lot of plot tangents, several of which — while probably fine in the novel — feel long and somewhat pointless on the big screen. Case in point? About midway through, Rita randomly gets sick and can’t afford a visit to a doctor. Ruthie is forced to turn to her principal (who also happens to be her neighbor) for help. It seems like things are about to take a tragic turn, but Rita suddenly gets better, and it’s over almost as quickly as it started.

While the narrative would have benefited from some tighter editing, it’s bolstered by superb performances from both Holmes and Owen. Their depiction of a genuine, undeniably deep mother-daughter bond is so moving, you can’t help but be drawn in. Rita is Holmes’s meatiest role in years and she plays her beautifully, making the character just the right combination of vulnerable and tough, raw and guarded. Owen is just as good, delivering a heartbreakingly sensitive performance as a teenager forced to grow up way too fast. The two share great chemistry and Holmes makes a point of reiterating their closeness, with the characters often nestled together on a couch or at a small cot bed at Tiny’s.

The supporting cast also work well here, especially Lindley, who shines as a sort of mentor to Ruthie and Wilson, who effortlessly embodies the good guy role.

It’s been a while since we’ve seen Holmes truly excel on the big screen and though it’s never easy juggling directing and starring duties, All We Had is a win for the actress on both counts — making not just a fair directorial debut, but also one of her best leading performances in years.