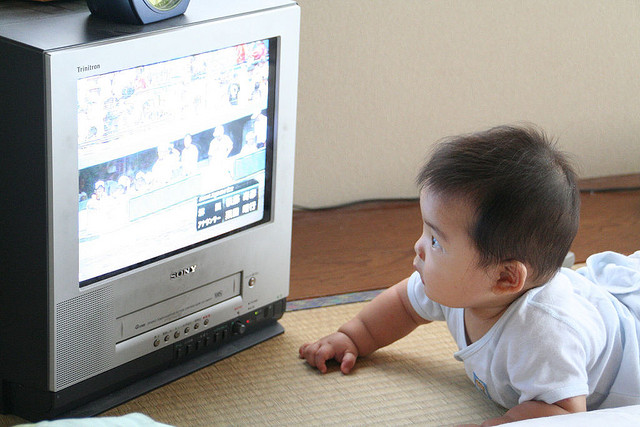 Amazon (NASDAQ:AMZN) is debuting three new original children’s television series on its Prime Instant Video streaming service this summer as a way to compete with rival Netflix (NASDAQ:NFLX), which has focused on adults with its award-winning original shows. Amazon also has several original adult series and has previously approved the pilots for the children’s shows Gortimer Gibbon’s Life on Normal Street and Wishenpoof!.

“Amazon Studios is thrilled to bring its first original children’s series to kids and their families this summer. We’re working with some of the most renowned creators in the business to introduce programming that promotes life-long learning through play,” said Tara Sorensen, head of kids programming at Amazon Studios in a press release. “The kids programming team and series creators have had so much fun developing these new series. We can’t wait to share it with kids and their families across the country and see the learning experiences it fosters.”

The shows are coming out over the summer and are marketed as a way to keep kids entertained and engaged with learning while on summer break from school. To help make the shows educational and fun, Amazon hired Alice Wilder, the woman who worked as producer and director of research and development for the popular children’s series Blue’s Clues. That show asked its viewers to help the blue dog find clues and solve puzzles. Amazon promised that her involvement means parents can rest assured that their kids will be learning “valuable skills and life lessons” while watching the new shows as well as being entertained.

“It’s been extremely exciting to partner with Amazon on developing the content and activities that will be available through Prime Instant Video. We share the belief that creativity and curiosity are muscles that need to be exercised, refined and nourished to provide children with the skills they need to succeed in today’s rapidly changing world,” Wilder said in the press release. “With an educational system that is focused on test-preparedness, literacy and numeracy, many parents find their kids faced with a curriculum gap. By combining core content with creativity and play, we will be able to help parents fill that gap.”

The new shows include Tumble Leaf and Creative Galaxy for preschool-age children and Annedroids for kids ages 4 to 7. Tumble Leaf explores themes of exploration and science through the adventures of Fig the Fox and his best friend, Stick. Creative Galaxy focuses more on artistic learning and creative expression as the characters Arty and Epiphany travel the universe while exploring arts, crafts, music, and dance. While the previous two series are animated, Annedroids is live-action and focuses on a young female scientist and her android assistants making scientific discoveries. All of the shows have aired pilots on Amazon Prime and have gotten high reviews from viewers.

The company also stepped up its game against Netflix by recently gaining the rights to older programming from HBO, including the entire series of popular shows like The Sopranos and Six Feet Under, which Netflix does not offer. Amazon wants to improve its streaming service enough to convince people that the perk is worth paying $99 per year for an Amazon Prime membership, since Prime members have been shown to spend more money on Amazon.