‘American Crime Story’ Will Be an ‘American Horror Story’ Reunion 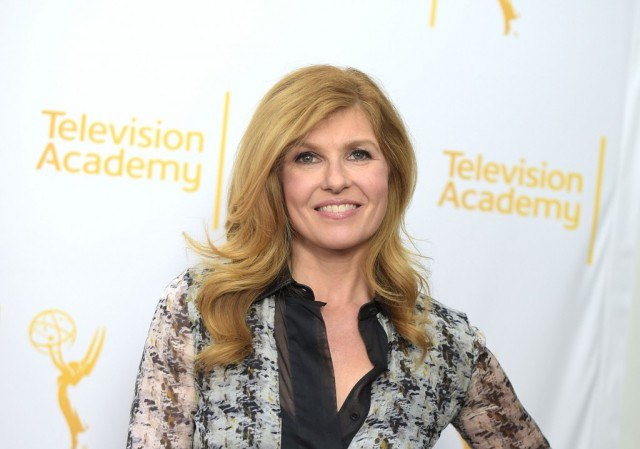 As first announced in October, American Crime will zero in on a different monumental, real-life crime each season. The first season is set to examine the highly publicized O.J. Simpson trial from the perspective of the lawyers on the case. Based on the Jeffrey Toobin book The Run of His Life: The People v. O.J. Simpson, the series will explore the behind-the-scenes maneuverings of both sides of the case, and how a combination of factors led to the jury’s reasonable doubt, resulting in one of the most divisive rulings in history.

Britton’s role will be a significant one, as Resnick – a friend to Simpson’s wife, Nicole Brown Simpson — who played a rather notorious part in the trial. At the time of Nicole’s murder, Resnick was struggling with a cocaine addiction and had stayed with Nicole only days before her death, eventually leaving for an inpatient rehab program. When Resnick took the stand to testify against her friend’s ex-husband, O.J.’s defense team used her addiction to argue that his former wife and her friend Ronald Goldman were killed by drug dealers, who sought retribution because Resnick owed them money. Though this line of reasoning was eventually dismissed, the case made Resnick a media sensation in her own right. She went on to pen two books about the trial and has since made several appearances on The Real Housewives of Beverly Hills.

For Britton, the role marks a big departure in tone from that of her most well-known TV characters, including Nashville’s country music legend Rayna James, and small-town coach’s wife Tami Taylor from Friday Night Lights. Still, the actress has plenty of prior experience working on a Murphy-created series. She previously worked with the creator on the freshman season of AHS, subtitled Murder House.

Britton is actually the second AHS vet to join American Crime Story. Sarah Paulson, who most recently appeared on AHS: Freak Show, will also have a role on the forthcoming miniseries as prosecutor Marcia Clark. Other members of the show’s star-studded ensemble cast include Cuba Gooding Jr. , who will portray O.J. Simpson, and Courtney B. Vance, who will play Simpson’s lead lawyer, Johnnie Cochran. Meanwhile, John Travolta will star as Simpson’s co-counsel Robert Shapiro, and David Schwimmer will play Simpson’s attorney and confidant, Robert Kardashian.

Britton and Paulson’s involvement in American Crime should come as no surprise to fans of Murphy’s work. The creator has a history of bringing actors from his previous shows into his new projects. His upcoming Fox horror-comedy anthology Scream Queens, stars AHS and Glee alums Emma Roberts and Lea Michele, respectively.

While American Crime might feature some of AHS’s former players, that doesn’t mean viewers should expect the shows to be the same. “We’re interested in exploring crime cases that changed the landscape of America,” Murphy told the Wall Street Journal of the show. “It’s not going to be like American Horror Story – it’s much more serious, it’s much more dramatic.”