‘American Gods’ is Finally Coming to Your TV 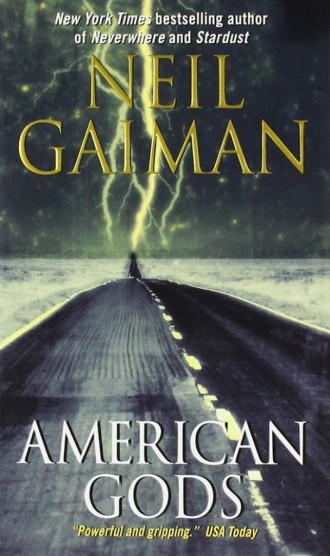 Neil Gaiman’s American Gods is finally making its way to TV. A year after going into development, Starz has officially greenlit its series adaptation of the 2001 award-winning fantasy novel.

American Gods chronicles the story of a man named Shadow, an ex-convict who is released from prison early after the deaths of his ex-wife and best friend. When he takes a job as a bodyguard and travel partner with a mysterious con man named Mr. Wednesday, he ends up becoming entangled in a war between two different sets of gods: the traditional gods of biblical roots and the modern gods, who reflect all the things that contemporary society loves, like money, technology, media, and celebrity. The novel, immersed in both modern and ancient mythology, has been translated into over 30 languages and has earned various accolades, including Hugo, Nebula and Bram Stoker awards, since its release.

According to Deadline, the network has given a straight-to-series order to its drama adaptation, which was developed and written by Bryan Fuller (Hannibal, Pushing Daisies) and Michael Green (Kings). Green will serve as executive producer and showrunner as well. Meanwhile, Gaiman himself will also contribute to the project as an executive producer.

A small screen version of American Gods has been a long time coming. The project was originally set up at HBO in 2011, with Tom Hank’s production banner Playtone behind the adaptation. The show didn’t end up moving forward there and Starz eventually took up the project last summer. The project was put into development with intention of garnering a straight-to-series order, but little was heard about the project until this past May, when Fuller revealed that the first two scripts had been written. Now, it seems the long-gestation adaptation is finally coming to fruition.

“I am thrilled, ‎scared, delighted, nervous and a ball of glorious anticipation,” Gaiman said of the project in a public statement. “The team that is going to bring the world of American Gods to the screen has been assembled like the master criminals in a caper movie: I’m relieved and confident that my baby is in good hands. Now we finally move to the exciting business that fans have been doing for the last dozen years: casting our Shadow, our Wednesday, our Laura…”

In anticipation of the series, Starz is encouraging the public to weigh in on who should get the role of Shadow by tweeting @AmericanGodsSTZ and @STARZ_Channel with the hashtag #CastingShadow. “We hope to create a series that honors the book and does right by the fans, who have been casting it in their minds for years,” Starz CEO Chris Albrecht said.

But it seems the social media effort will likely only serve as a buzz-building method, as Fuller told Den of Geek that they’d already started considering certain actors for different parts. “We have several people lined up that we would love to get in various roles and plan on making approaches,” he said, although he also revealed that no official offers had been made yet.

Once casting is completed, production on the project will finally be able to move forward. As fans of Gaiman’s novel know, American Gods is an ambitious story to take on, as it’s packed with world mythology and culminates in a great plot twist. Plus, with the series having been underway for so many years, expectations are pretty high. Whether Starz will give the novel the adaptation it deserves remains to be seen, but fans can take comfort in knowing Gaiman is involved in the project and will hopefully help bring some of the story’s original magic to the show.

No exact premiere date for American Gods has been released, but the show is expected to air sometime in late 2016.