‘American Horror Story: Apocalypse’: Is There a New Monster to Be Worried About? 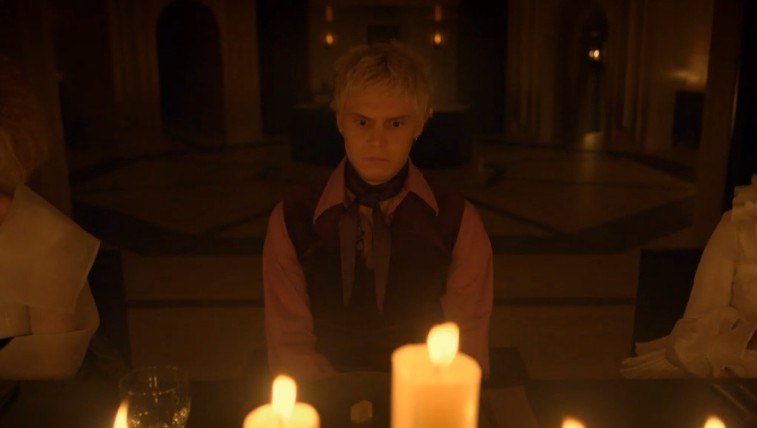 American Horror Story: Apocalypse is following the world after a series of nuclear bombs have been dropped. The survivors have to now worry about radiation, having very little food, and getting punished by Wilhelmina Venable (Sarah Paulson) and Ms. Miriam Mead (Kathy Bates). But did the show also tease a very different threat in its premiere?

By the end of the episode, “The End,” we have moved over 18 months after the time the bombs dropped. “The world got colder, deadlier,” Timothy Campbell (Kyle Allen) explains and we see a very foggy atmosphere outside the shelter.

Michael Langdon (Cody Fern) then makes it to the shelter to our surviving characters. He tells Venable that he is part of The Cooperative and has the task of taking those he believes should survive. Those he decides to leave behind will have the same fate as his horses. We then see his shot horses get swallowed up by something that is hidden by trees.

Is there now a monster in the world? 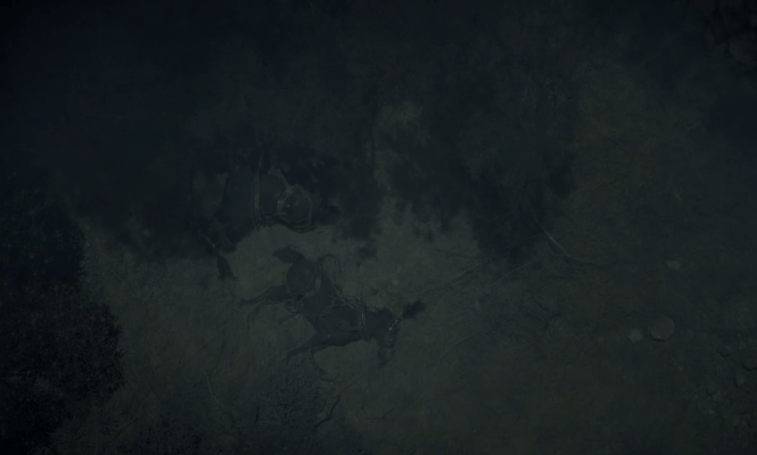 We don’t get a good look at what is eating the dead horse, but there seems to be at least one set of what looks like human hands dragging it away. It could be possible that it is a sick human who plans to eat the sick horse, or the show could take a turn by introducing monsters that are surviving the radiation much better than humans ever could.

Could evolution already start working to where some species will adapt to the deadlier world? Or since Michael Langdon is the Antichrist, will he be introducing some creatures from hell to help him take over the world? Chances are the characters in the shelter will be trying to avoid going out into the world so we probably won’t find out for some time.