‘American Horror Story: Apocalypse’: The Antichrist Prophecy You Should Remember 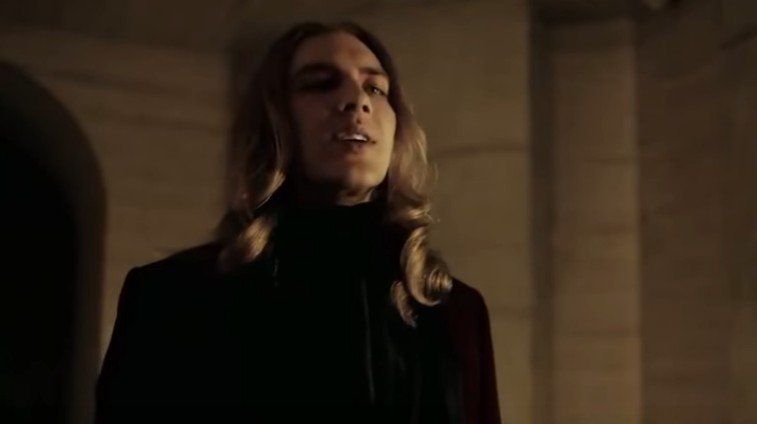 Season 8 will crossover multiple seasons of the show. One of the biggest elements that will reappear is the Antichrist, who was born in Murder House. But what does his birth mean for the world? This is something we should know for American Horror Story: Apocalypse so it’s time to look back at the first season.

Constance Langdon (Jessica Lange) asks Billie Dean Howard (Sarah Paulson) what would happen if a human has sex with someone from the spirit world then conceive a baby. This is because human Vivien Harmon gets pregnant with her dead son, Tate Langdon’s baby. She tells her a pretty scary prophecy that promises nothing good for the rest of the world.

He will usher in the end of times

“A child born of human and spirit will usher in the end of times,” explains the medium. “It is the essence of evil, a perversion of the immaculate conception.” When Constance is still confused, Billie Dean says “oh come on, honey. The Holy Ghost merely whispered in the Virgin Mary’s ear and she begot the son of God. If the devil’s gonna use a human womb for his spawn he’s gonna want a little more bang for his buck.”

We know that the Antichrist is born and Constance adopts her grandson naming him Michael. Michael Langdon comes back this season and will be played by Cody Fern. In the trailer for American Horror Story: Apocalypse, we see a group gathered together in a bunker led by Sarah Paulson’s new character, Venable.

Venable has rules including never leaving and no having sex.  We also see Kathy Bates’ new character say “Hail Satan” to Michael so it’s possible that this group is really a cult getting ready to serve him. It’s unknown how Michael will bring on the end of times, but it’s important to remember that is his goal.